We’ve heard of wanton mee and kolo mee, but have you heard of kampua mee?

QQ Noodle House is the first to bring kampua mee to Singapore. It’s a type of Fu Zhou noodle hailing from Sibu, Sarawak, that’s essentially like kolo mee—made with egg whites and no “kee“, an alkaline water that gives regular noodles its characteristic astringent taste—and that it’s straight and not curly. 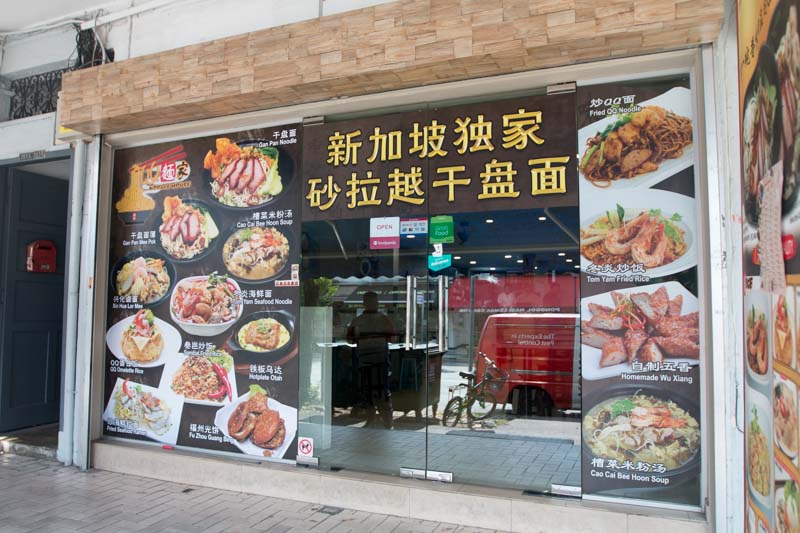 I visited QQ Noodle House’s Tanjong Katong branch for lunch one day and was immediately struck by the storefront, which was covered with Chinese words that said: “Singapore’s only Sarawak kampua noodles.”

QQ Noodle House has been in Singapore since 2007. Its first branch is located at Bugis, right next to Popeye’s at Bugis Street, and it opened its second branch along Tanjong Katong Road in June 2019. I got the QQ House Speciality (Dry) (S$4.90) in Original Kampua flavour. There are a total of six available flavours, including Black Chilli, Tomato, Mala, and Black Sauce.

The owner of QQ Noodle House, Mr Steven Chua, imports the noodles directly from Malaysia. In fact, his family makes the noodles themselves daily at their factory, so you can be assured of its authenticity. The first thing I realised about the kampua mee was how simple the bowl of noodles was.

In terms of sauce or condiments, there was only shallot oil, spring onions, and a dash of soy sauce. I later learnt that it was because Mr Chua wanted to focus on the original taste of the noodles rather than have it drowned out by gravy.

It was also accompanied by fried wantons, kai lan, and char siew slices. 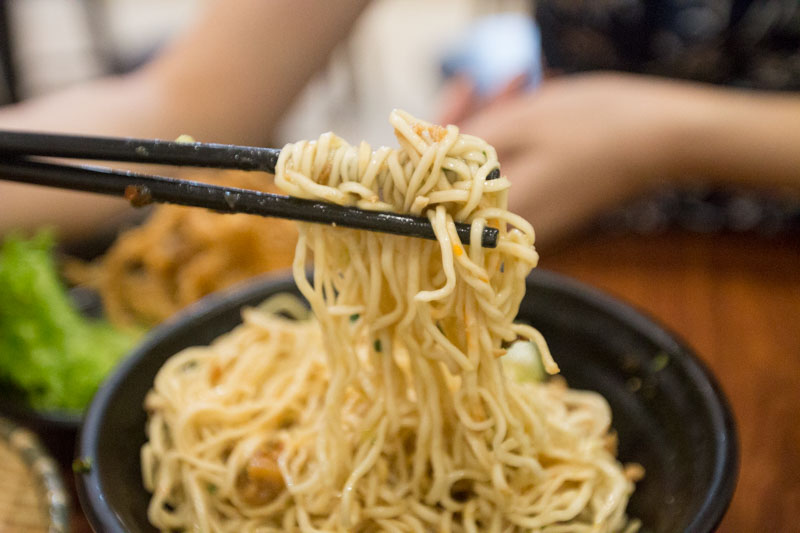 I loved how natural and simple the kampua mee was. It was mildly sweet and fragrant, and it wasn’t weighed down by any strong or savoury gravies, like how hor fun or spaghetti bolognese would be.

In fact, while I was slurping up the kampua mee, its light flavours reminded of aglio olio or garlic sesame noodles, and I loved how it left me feeling full but not bloated. The fried wanton was unlike anything I’ve ever tried. Instead of the characteristically golden yellow-coloured oily wanton skins, QQ Noodle House’s was dry and papery, as if it had been air fried instead of deep-fried in a vat of boiling oil.

Mr Chua explained that they used the dough from kampua mee to make their fried wantons. This would explain its dry texture, as there was no egg yolks used in the process.

When I bit into the wanton, I heard an audible crunch—a sign of how crispy it was—and I loved how the wanton broke apart into tiny little brittle pieces. It wasn’t oily at all, which was a huge plus in my books. 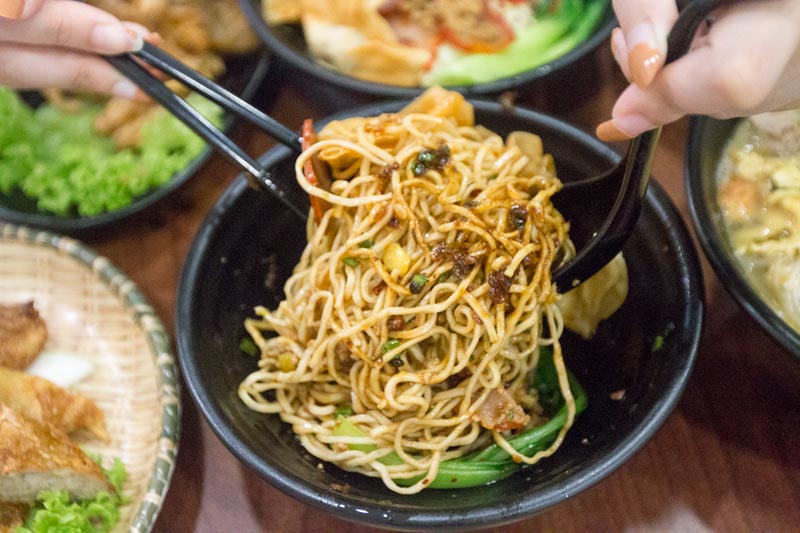 The minute it was served, I could smell the peppery spiciness from the bowl—that’s how aromatic and fragrant it was! 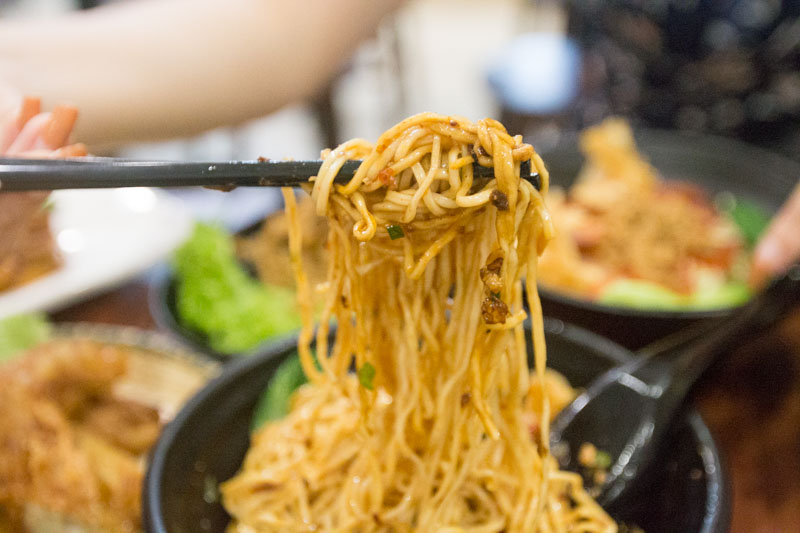 While some mala stalls rely on spice or gravy to carry its flavour through, QQ Noodle House’s Mala Kampua Noodles relied on mala oil. As a result, the noodles were pretty light, rather than dripping with gravy.

The spiciness of the mala noodles really came through—it was spicy and oily, and I tasted more black pepper than chilli, which gave a biting sharpness to each bite. 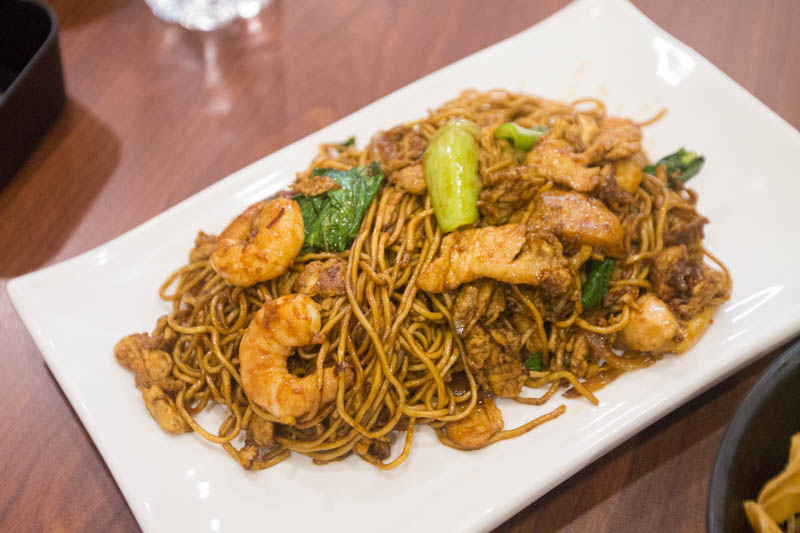 If you’re a fan of KL-style Hokkien mee, be sure to get QQ Noodle House’s Fried QQ Noodle (S$7), which uses kampua mee and dark soy sauce to achieve that smoky wok hei taste. This was my favourite dish out of the entire meal, and I’m saying this even though I polished off the entire bowl of its original kampua mee.

I loved how there was so much wok hei in this dish. Plus, the dark soy sauce gave each bite a smoky saltiness, and I instantly wolfed down a couple of mouthful of the fried noodles. It was just as if I was back in Malaysia again, eating KL-style Hokkien mee by the side of the road—it was indulgent, satisfying, and super fragrant. 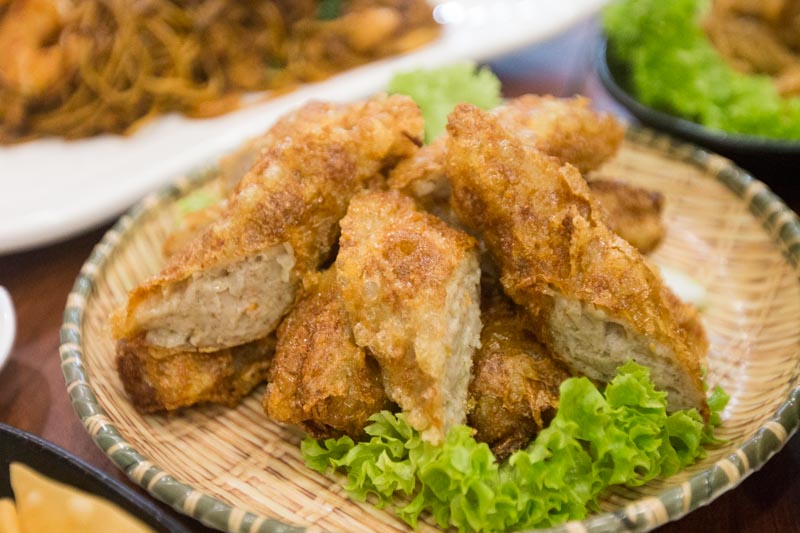 I come from a Hokkien family, so ngoh hiang is a family staple that we always indulge in at gatherings or dinners. When I saw that QQ Noodle House had Home Made “Wu Xiang” (S$7.50), I knew I had to give it a try. The ngoh hiang was springy and juicy, with just enough white pepper to give it a touch of aromatic sharpness, and I loved how there was plenty of meat, carrots, and onions.

Most ngoh hiangs have more skin than meat, but QQ Noodle House’s rendition of this Hokkien classic was packed full of meat. Plus, since it was sliced diagonally, it made each slice appear bigger than it was.

QQ Noodle House is such a hidden gem because of how it serves Singapore’s first kampua mee, and it’s so authentic thanks to the fact that its owners import the springy and QQ noodles directly from Malaysia. I absolutely loved how satisfying this meal was and everything is so affordable too—one bowl of kampua noodles is only S$4.50!