The F&B business in Singapore is a brutal one, and only the most resilient survive. We’ve seen the return of some of our favourite restaurants and stalls, every now and then, but there are still some who’ve made their exit indefinitely.

For example, now that A&W has made its much-awaited return, I think it’s time for some of these 16 food places to come back as well. Don’t you think?

This one probably stings the most. How can we forget about Wendy’s and their glorious thick-cut fries?

Wendy’s left us on April 2015 and I’m still mourning the absence of their burgers and shakes. I mean you can find Wendy’s in Malaysia but I’m a creature of comfort. I need my Wendy’s right here in Singapore.

In my opinion, they were much better than a certain Golden Arches. Also, won’t the twitter war between them be just as great as their menu?

Oh, the joys of Tex-Mex cuisine! Taco Bell made its appearance during the ’80s and ’90s so this one is definitely nostalgic for kids of that time.

According to various reports and online threads, one of the reasons it closed down could be because Singaporeans at that time weren’t used eating hard shell tacos. Plus, the food items were a little expensive at that time.

Well, times have changed and perhaps with a little tweaking to the menu, Taco Bell could come back to Singapore. I could totally have Taco Bell and watch Mean Girls. I’m not on a carb-free diet anyway, wink.

Either way, I will be patiently waiting.

Ugh, this one cuts to the bone. The Cafe Cartel was very much a part of my childhood.

The portions were generous and who can ever forget the free-flow bread?

All was good until they took away the free-flow bread and their food standards took a slump. It truly is a pity; I have many fond memories of feasting away on the pork ribs. I’m all for second chances, so I would always be willing to give The Cafe Cartel another visit.

Mrs Fields was last seen at the Esplanade Mall before disappearing for good. Mrs Fields just couldn’t compete with the mighty Famous Amos.

I don’t discriminate against cookies — any size, shape, textures are all welcome in my book. There is now a Mrs Fields-shaped hole in my heart that only a Mrs Fields chocolate chip cookie can fill.

Another American chain bites the dust. T.G.I.FRiDAY’S was a diner-style restaurant that made Fridays, well, special. This casual family-style restaurant would have been a real hit if not for the declining food standards and service.

The simple American fare it offered (when it was still good) was tasty and generous.

Their Baby Back Ribs still have a special place in my heart. Not to mention, T.G.I.FRiDAYS’ decor just made it too easy to have a 5o’s-themed photoshoot.

Thick, creamy and defies gravity — need I say more? Having arrived on our shores in 2011, Dairy Queen was a massive hit.

Many praised their signature blizzard ice cream for its rich and velvety consistency. I never got a chance to try to this ice cream giant before it slipped away in 2016. So, one can only imagine what their famed Kit Kat Blizzard Ice Cream tastes like.

Ever the ice cream fiend, I will patiently await the days when Dairy Queen graces our shores again.

Oof, Best Fries Forever at Cineleisure was a real loss indeed. This trendy joint was good at one thing and one thing only: fries.

Their fries were made with 100% USA potatoes and were always made fresh. No frozen fries here. Here at Best Fries Forever, their fries were beautiful thick-cut fingerlings smothered in nacho cheese.

Yes, their signature nacho cheese that would prove crucial sustenance just before you run off to catch a movie. The sky-high rental and cost got to Best Fries Forever and took our BFFs away.

On Fridays, which they called ‘Frydays’, they even offered fries for only S$1, how can we possibly not shed a tear for this profound loss?

Here is a real blast from the past, Chuck E. Cheese. This American family entertainment chain was around during the 1980s at Parkway Parade.

Chuck E. Cheese was known for their large and extensive playroom that held the most insane kids’ parties.

Kids usually have a quite a field day stuffing their face with the cheesiest pizza and burning the excess energy in Fantasy Playland.

I can’t imagine how kids’ parties will look like if they ever made a comeback.

Denny’s was a real gem, being a 24-hour restaurant that served comforting diner-style food. They served breakfast, lunch and dinner round the clock.

After a 16-year stint, Denny’s bid us adieu in March of 2002. We had to say goodbye to dishes such as the Grand Slam Breakfast — this marvellous meal eggs, bacon, pancakes, and sausages.

Just think of the potential if Denny’s ever made its way back to Singapore. I can imagine Denny’s will be a popular haunt for late-night party folks looking for tasty grub to sober up. Pancakes at 3am? Yes, please!

Let’s be frank, nothing beats a perfect a hot dog. That’s why the loss of Superdog cuts me to the core.

This hot dog joint at Vivo City sold the perfect snack to get you through those dog day afternoons.

I relish in a good hot dog and Super Dog’s selection was unparalleled. There was Spicy Italian, German Bratwurst and Chili Dog just to name a few.

Ponderosa Steak & Salad is an oldie but a goodie. Mention Ponderosa to your parents and you can immediately see the nostalgic twinkle in their eyes.

In the 1980s, Ponderosa was something like Swensen’s but with an unlimited salad bar. Ponderosa used to be in Plaza Singapura and the photo looks like something right of the set of Stranger Things.

Perhaps, there wasn’t much focus on salads during the 1980s but with all our #fitspo goals, maybe Ponderosa could become the haunt for fitness fanatics. The loss of PABLO was especially emotional, given that they were only around for a short 19 months before we had to say goodbye to those gooey cheese tarts. 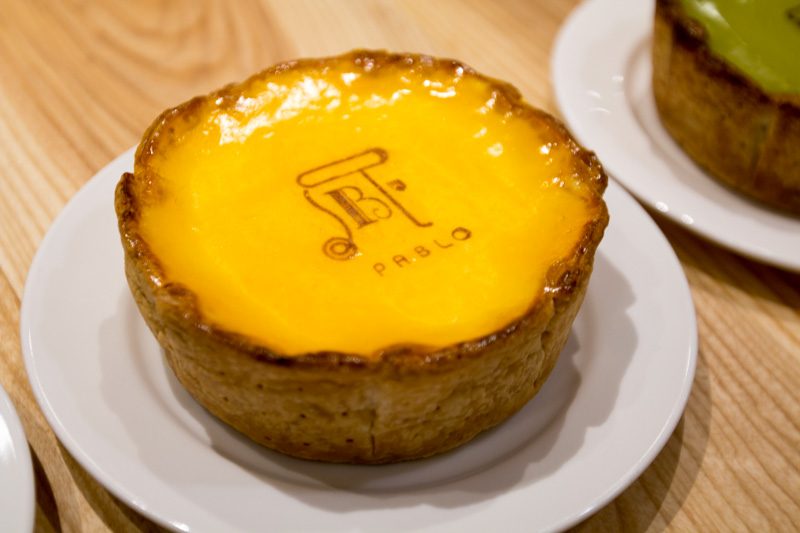 I mean, these tarts were perfect. A shiny apricot glaze, a creamy, slightly molten centre complete with a buttery crust. What more could you ask of in a tart? 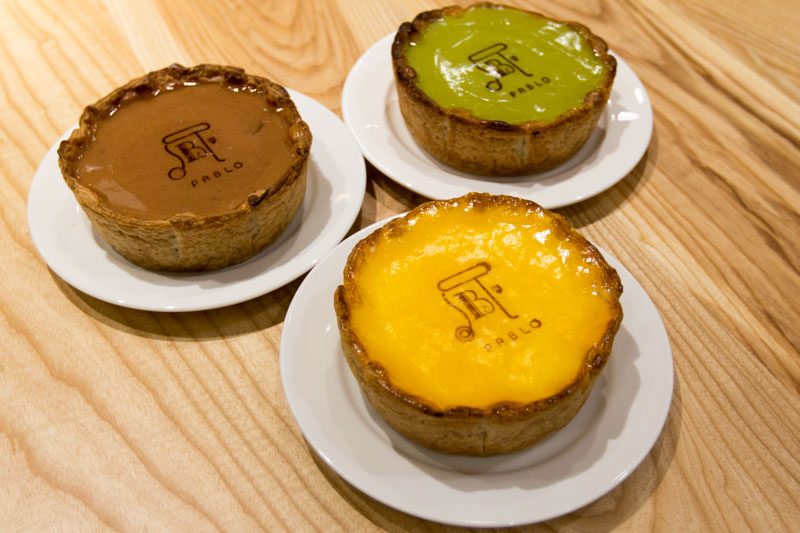 They even had three different flavours of the Matcha and Chocolate if you get bored (how can you?) of their Cheese tarts. Plus, their baked mini tart could well rival those of BAKE cheese tarts.

If you’re like me and ache for their cheesy return, I guess a trip to Japan is the only way to get your hands on PABLO. 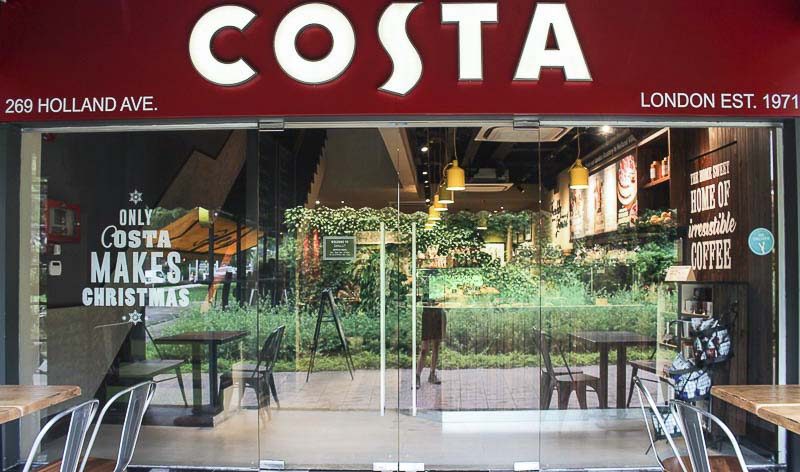 The wound is fresh with Costa Coffee, having only left us in September of 2018. They were like an indie Starbucks and served way better coffee. Their 313 Somerset branch was a favourite haunt of mine; long afternoons with a Flat White with a good book was absolute bliss. 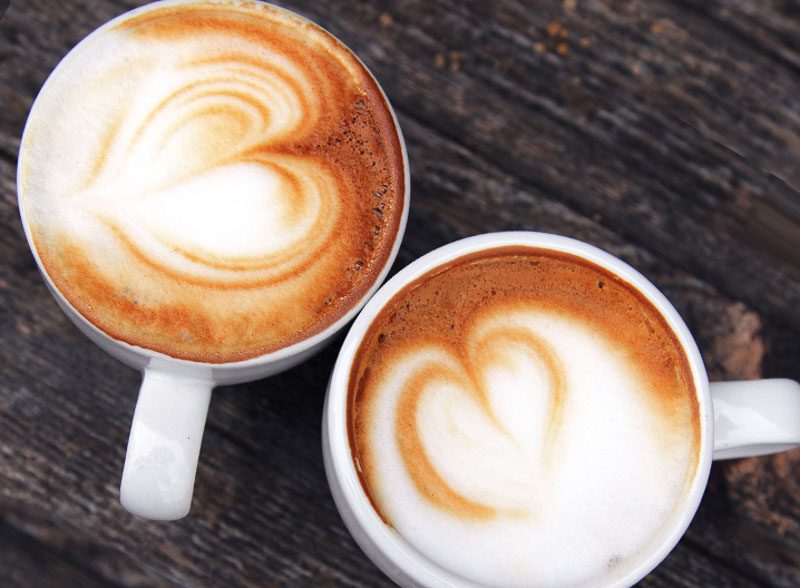 Not to mention, Costa Coffee had a great selection of cakes and sandwiches that made me never want to leave. The usual happened with Costa Coffee — high rental costs and low footfall called time of death on this London-style coffee chain. 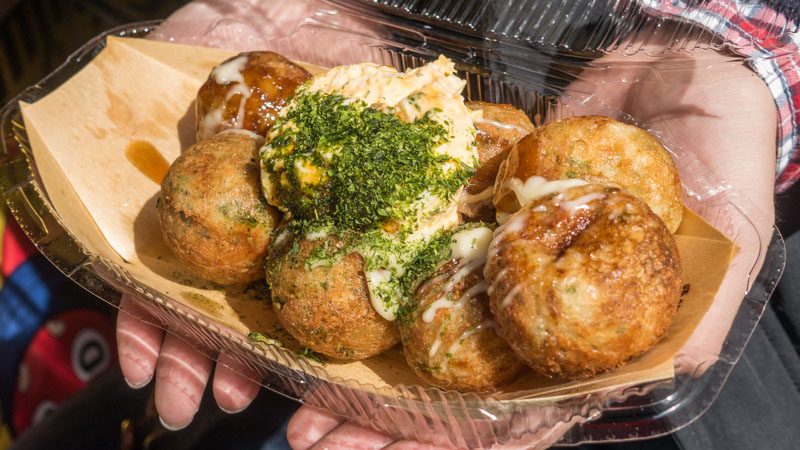 I remember when Gindaco first opened in Ion Orchard and there were massive queues. I know, all that for takoyaki. But they were worth it! 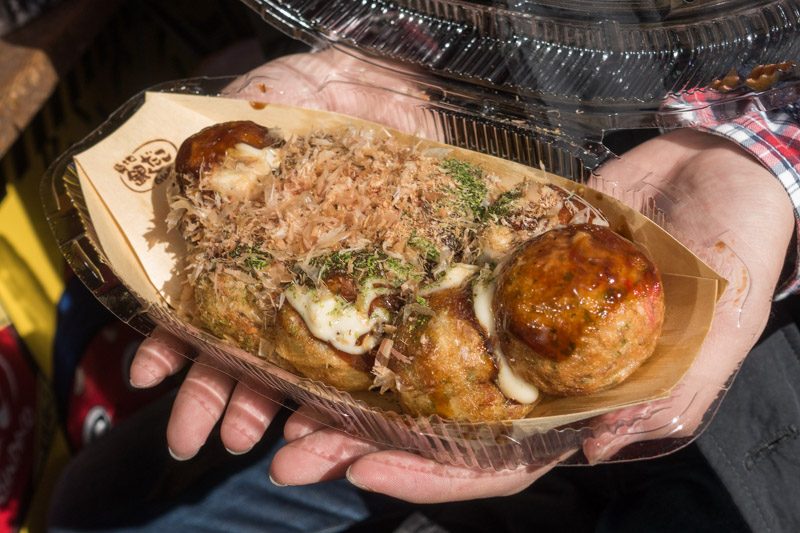 The better takoyaki if you will, these tako balls were crispier and much tastier than staple Takopachi. They were always served with the right amount of Tsukiji takoyaki sauce and a generous sprinkling of bonito flakes. It was a comfort food of mine.

Just like PABLO, the loss of Tsukiji Gindaco certainly warrants a trip to Japan.

Honey Creme was the first to start the wave for soft serve with their first outlet in Somerset. I was all for their soft serve, as it was rich and creamy but not overly sweet.

I was a sucker for their Pandan Gula Melaka; fragrant soft serve with deep caramelly notes from the gula melaka and a generous shower of coconut chips — that’s an afternoon made.

It seems like Honey Creme rode that soft-serve wave but eventually succumbed to those strong currents that are the F&B business.

When I realised that LADURÉE had quietly disappeared from our shores, I was distraught. Where am I going to get my Salted Caramel Macarons now?

These delicate and dainty French cookies were all I ever thought about when I came back from Paris. When macarons were all the rage a couple of years back, I couldn’t go to Takashimaya without purchasing my macarons. I didn’t care that they were kinda pricey or full of sugar. They made me happy and that was that.

Now all that’s left is Les Merveilleuses LADURÉE, which is their makeup line. It’s pretty for sure, but you can’t get the same satisfaction as purchasing a set of six macarons, y’know?

Unlike a trip to Japan, a getaway to Paris is much more brutal on our wallets (cries in French).

It’s clear from this list, the food business in Singapore is a fickle and capricious mistress. One day you’re hot and the next you’re not. So, my dear foodies, treasure your precious restaurants/chains while you can, because you’ll never know when the last fry or macaron is truly the last one.