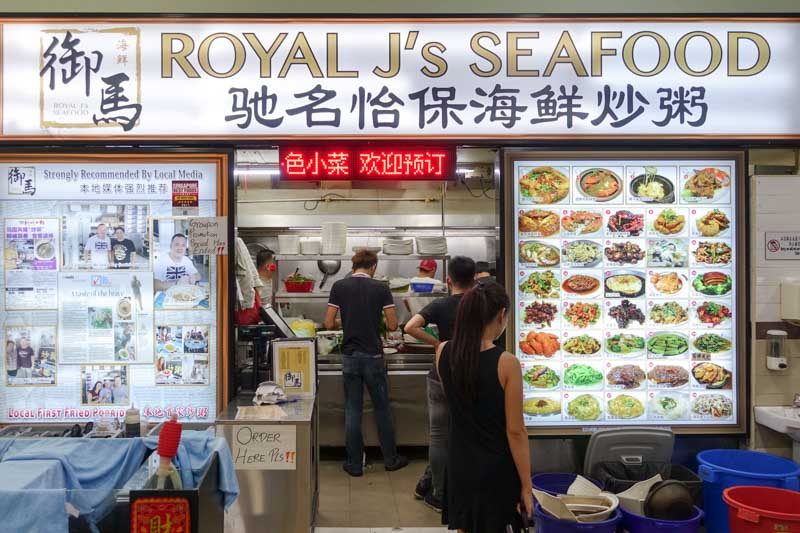 On the lookout for some rich and sinfully satisfying zi char? We often think of the regular orders of crispy cereal prawns, hor fun and fried rice that is given life from the breath of the wok. Porridge on the other hand, is the food of the sick or when you’re trying to dial back the sin. Royal J’s Seafood, however, flips that notion by making porridge the signature dish of this zi char joint.

Located in a coffeeshop along Foch Road, Royal J’s Seafood finds itself in the company of both the trendiest and old-school F&B establishments; the area is abuzz with character and good eats.

Royal J’s Seafood isn’t a zi char stall with the deep roots, famed history or a lineage of chefs like other zi char establishments — their story began a few years ago as Fried Malaysian Porridge stall along Macpherson Road. Their novel sounding signature dish of  fried porridge ($15 large) became the talk of the town, before pulling down the shutters at Macpherson in 2016. Sometime later, they reopened as Royal J’s Seafood complete with an extensive menu that any zi char joint would be proud of. 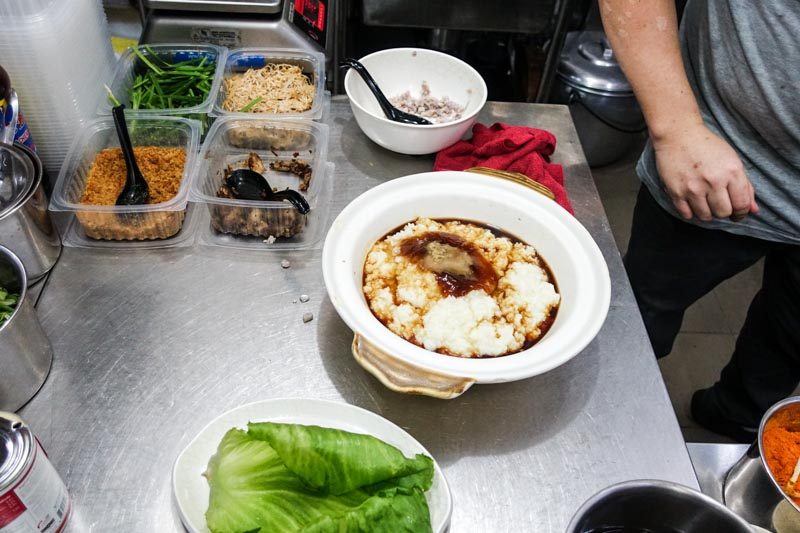 The minute I heard about fried porridge, it turned into an itch that I had to scratch, or eat, whichever worked. On top of that, my curiosity had been piqued, with the question of “How is fried porridge prepared?” 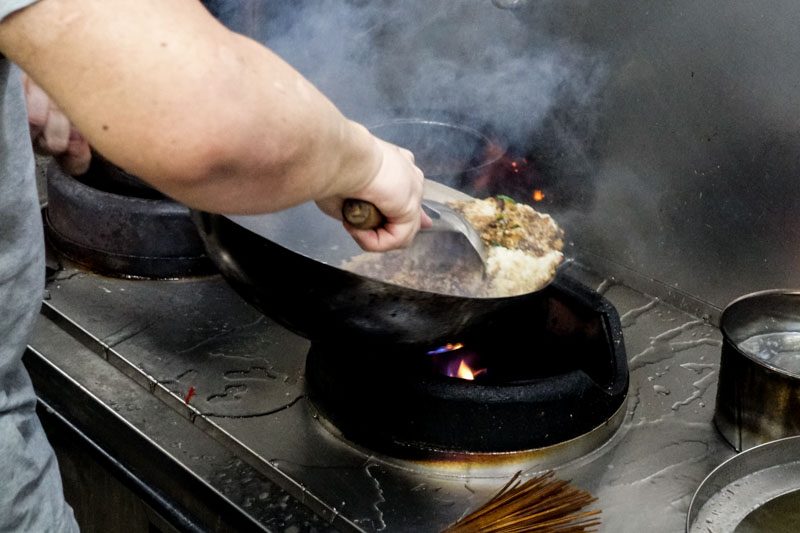 Into the kitchen we went, and while the porridge wasn’t prepared in some revolutionary cooking method, it was nonetheless impressive to watch the chef work the fire and wok. 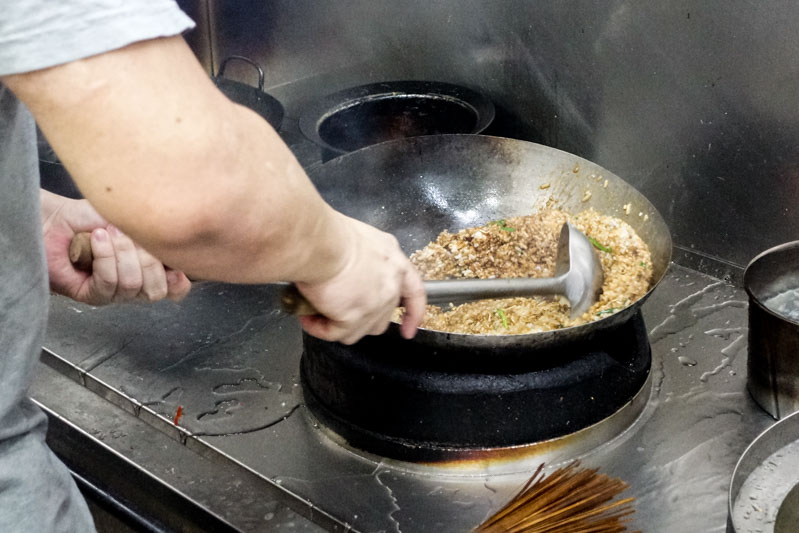 A claypot full of thick starchy porridge, soy sauce, and hidden bits, which we’ll get to later. Tossing it into the wok with the roaring flame, the process of turning porridge into fried porridge happens in the blink of the eye… or two. The now light brown porridge is topped off with a generous handful of spring onions and crisp pork lard. At this point, it sure doesn’t seem like it’s the food for the sick anymore. After digging into the stodgy porridge and having a mouthful, you’ll find small chunks of meat, and cubes of yam, which are my favourite. 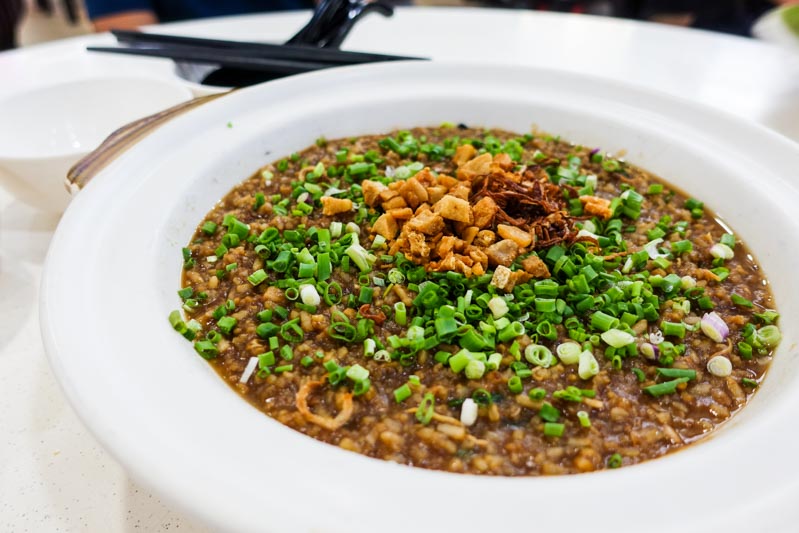 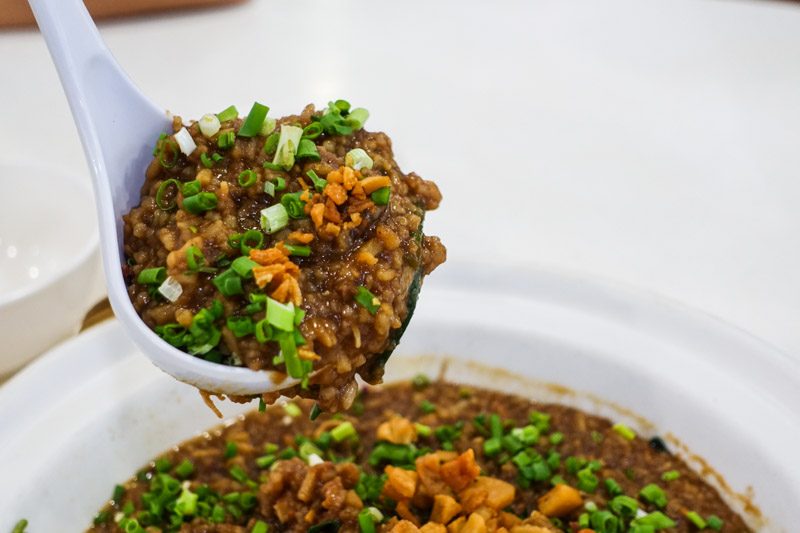 The filling dish is an interesting twist on the plain and simple porridge and reminds me of yam rice. It’s thick and filling so you won’t have to worry about still feeling hungry after tucking into a bowl or two of it. On the downside, however, the novelty and perhaps the anticipation that had built caused the dish to fall a little short of my lofty expectations.

How I wished for more wok-hei (charred wok flavour) to be present in the dish. 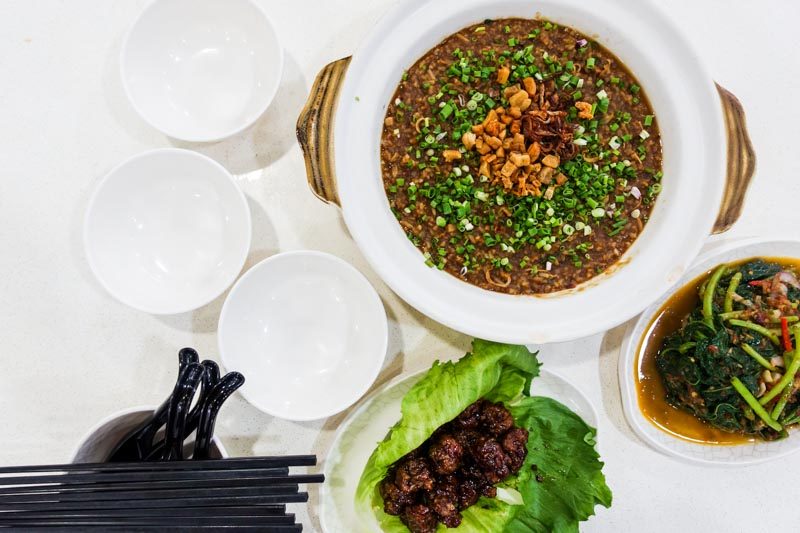 Fried porridge aside, the extensive menu of Royal J’s Seafood includes the royal cheesy prawns ($28) for lovers of all things cheese coated and crustaceans. 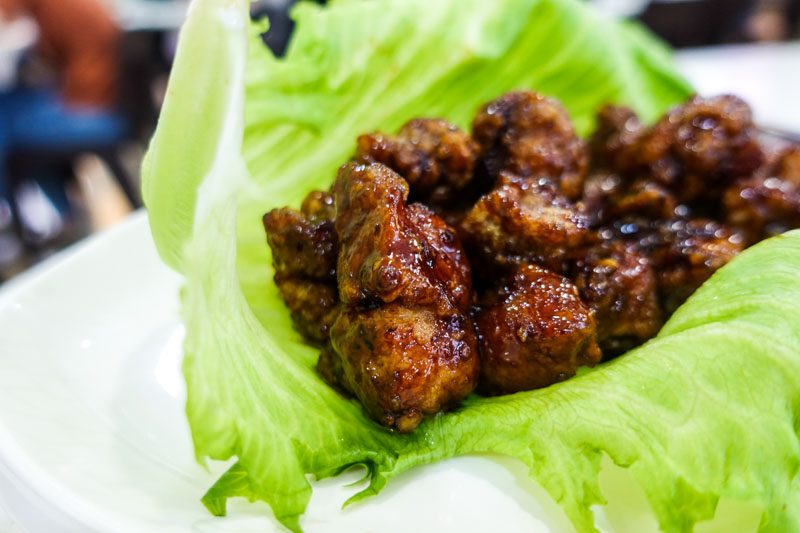 As for us, we sampled the creatively named tasty fried pork ($12), the sticky sweet pieces of pork are crisp on the outside and the meat has a nice bite to it. In convenient bite-sized portions and without any bones, it’s perfect for those of us who aren’t inclined to fussing over bones. 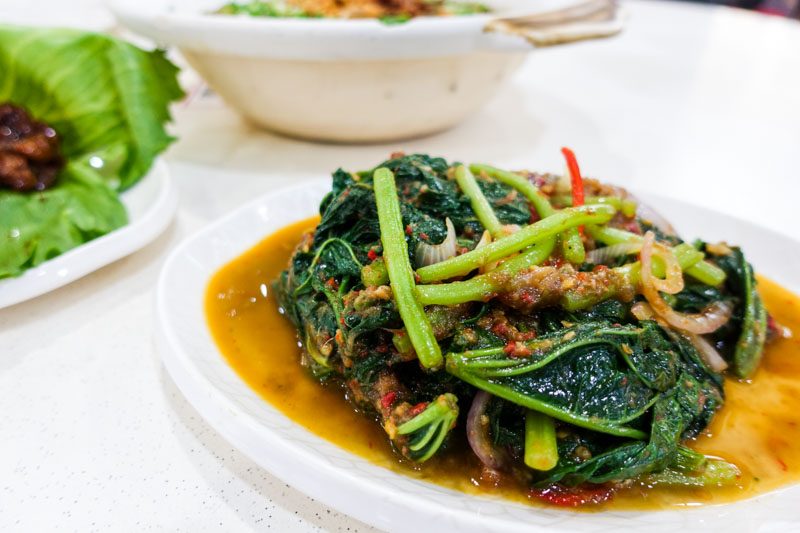 Because we’re not the sort to skip on our vegetables, we just had to try one vegetable based dish. The sweet potato leaves ($8) are a zi char classic. And Royal J’s Seafood’s rendition of it is simple and delightful, the leaves are tender and the sambal adds the flavour that’s expected from any other zi char stalls.

Royal J’s Seafood is fairly new to the local zi char scene, and with their signature dish (fried porridge) they’re small breath of fresh air to the whole scene. Besides that, they’re a nice addition to the colourful neighbourhood they find themselves in. Would I rave about their menu and food? Not for now, but, that’s not to say it isn’t worth making a trip down if you’re looking for some zi char.

Previous articleSalmon Samurai: All Kinds Of Japanese-Style Salmon Dishes For Only S$9.90 Each At 100AM Mall
Next articleGarang Grill By New Ubin Seafood: Pop-Up In Singapore Serving Fiercely Delicious Dishes Till 25 June ’17