You know a restaurant has made its mark when it has one only dish on its menu and its recipe has remained unchanged for the last two decades or more.

That’s Sia Kee Duck Rice for you. Located at Lorong 35 Geylang, this is a best-kept secret that’s been around since 1979. That’s a whopping 43 years! Sia Kee Duck Rice is named after its founder, Sia Kee. His three sons, Rob, Lawrence and Albert, have taken over the business, which has one dish on its menu: duck. Actually, it doesn’t even have a menu and it doesn’t list its prices. The regulars are so familiar with the stall that they know exactly how to order every single time.

How do you order then? Tell the staff the number of people at your party. They will serve a duck meat platter sufficient for you and your dining companions, accompanied by your choice of rice or porridge. 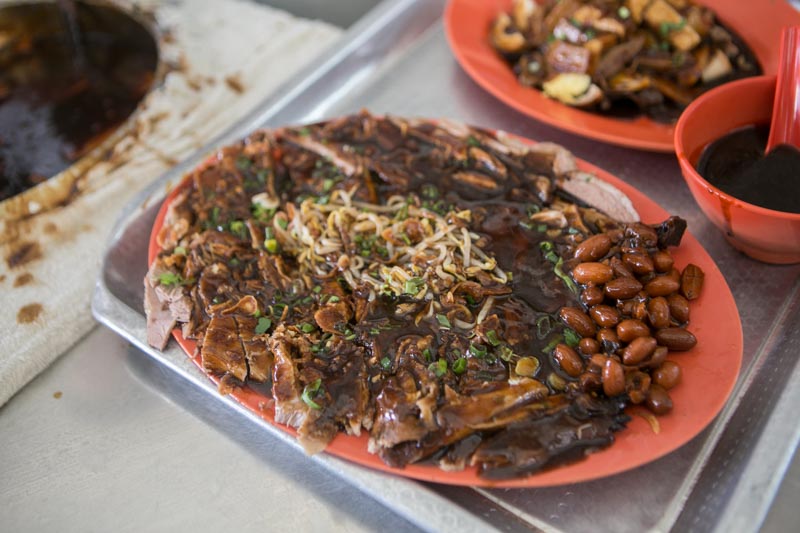 While I was there, I was fortunate to catch its staff dishing out a duck platter for five pax. This huge platter would cost S$54, including the five bowls of soup and rice.

That’ll cost an average of S$10 per person. For an insane platter like that, that’s pretty affordable, if you ask me!

Just looking at that gorgeous duck meat platter made me drool. Sia Kee is super generous with its homemade braised duck gravy and liberally pours it over the platter. Look at that shiny glaze! Fun fact: the restaurant is known by two names. The first, “Sia Kee” is in Hokkien, while the second, “Sean Kee”, is in Mandarin. I love how rustic everything is. Just from the looks of the building alone, I could clearly tell that this place has remained untouched for the last three decades or so. 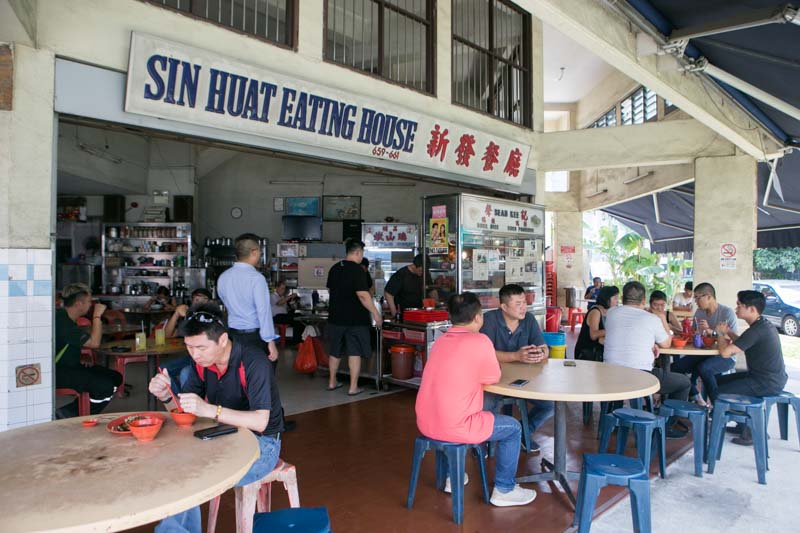 The seating here is quite sparse, with just a handful of large tables and plastic chairs scattered around the coffee shop. If you’re dining in groups of two to three, be prepared to share a table with other people. 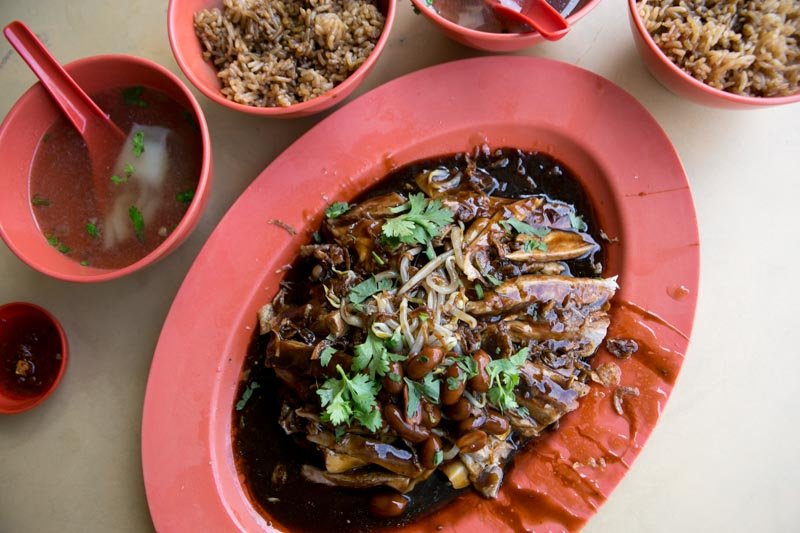 My dining colleague and I ordered a Duck Platter (for two pax) (S$18). It came with two bowls of rice (you can also choose porridge) and two bowls of soup.

The staff also asked if we ate duck innards. We said yes, so he included it in our platter. Other toppings include tofu, peanuts, fish cake, eggs, and beansprouts. 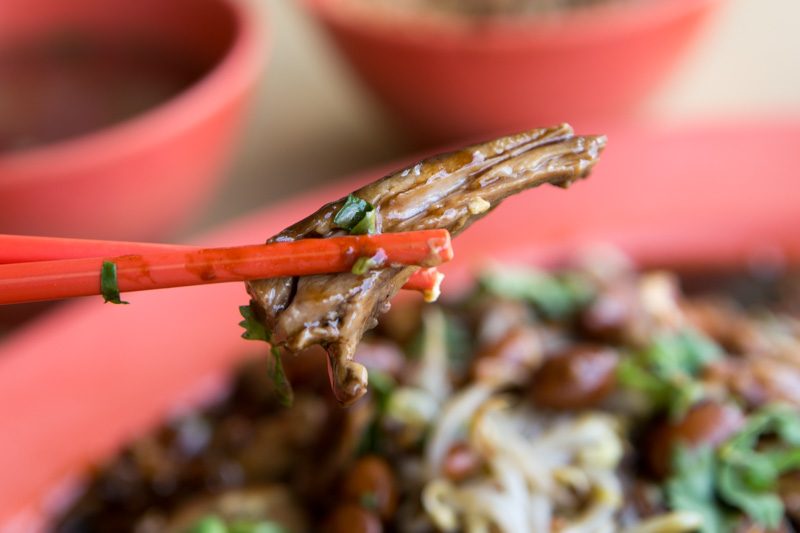 The duck was absolutely fantastic. It wasn’t melt-in-your-mouth material, but the meat was tender and didn’t take too much jaw work to chew through.

Flavour-wise, there wasn’t that much of a pungent taste, which is a sign that they used fresh duck—a definite plus in my books. Plus, the aromatic and smoky aftertaste reminded me of shallots, which was appetising. There was also plenty of garlic, which made the chilli sauce piquant and appetising. 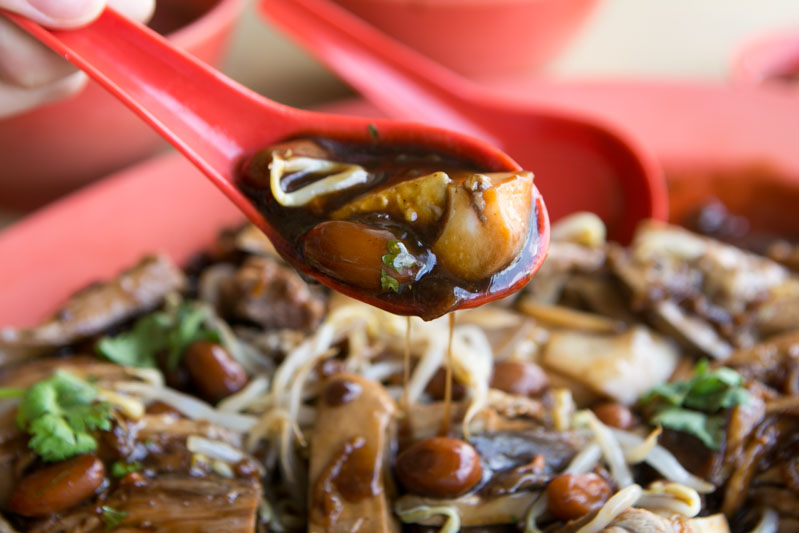 My favourite part of the dish had to be the braised gravy.

It was dark, thick and luscious, resembling lor mee gravy. The gravy released a burst of umami flavours in my mouth; salty, savoury, buttery and a little sweet. To some extent, its texture reminded me of oyster sauce.

I learnt later on that Sia Kee’s staff doesn’t change the gravy at all. They just let it simmer and the gravy becomes more full-bodied and flavourful as the staff continue to top it up with more gravy as the days go by.

No wonder it’s so flavourful! While the soup looked deceptively simple and clear, it was actually surprisingly sweet and full-bodied, as if the cabbage had been boiled for hours. 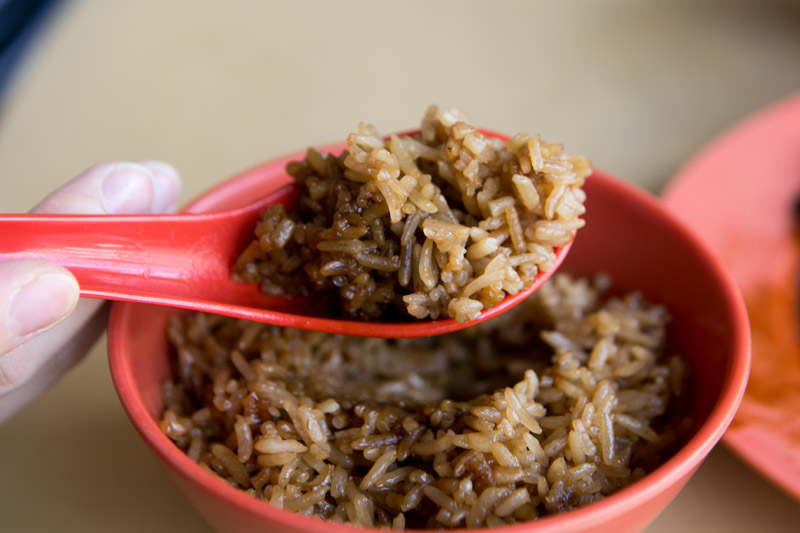 The rice was sweet and soft, with a strong aromatic taste from ginger and shallots.

My only gripe would be that the rice was a little dry after a while, and I ended up pouring the yummy gravy over the rice to make it a little wetter.

I’m glad to have been able to try its duck rice, which hails from a secret family recipe that has been handed down one generation and kept unchanged for the past 40 years. The entire meal left me incredibly satiated and full, and I’m already counting down the days I can go back just so I can indulge in this classic, timeless dish.