The Keong Saik area has always been a battlefield where up-and-coming cafes are tested, and we have a new contender on the block. The Affogato Lounge is founded by the same folks who run the Affogato Bar at Cluny Court, which we were thoroughly impressed by when we last went down. 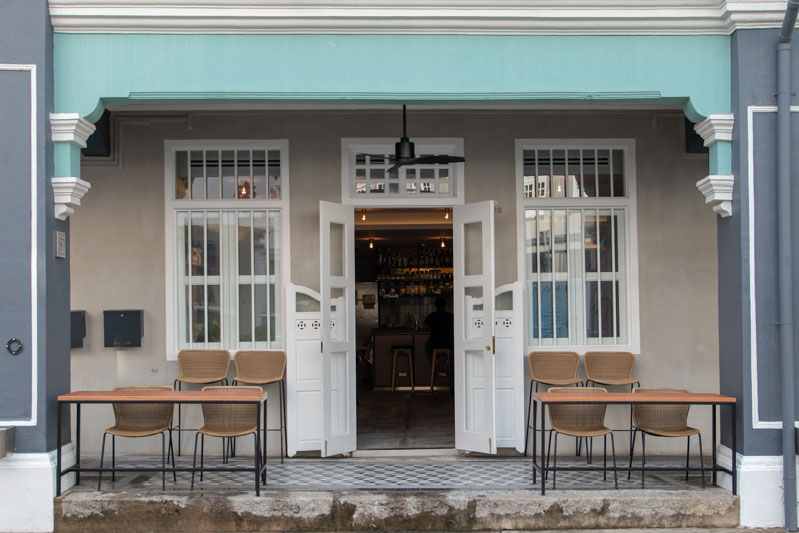 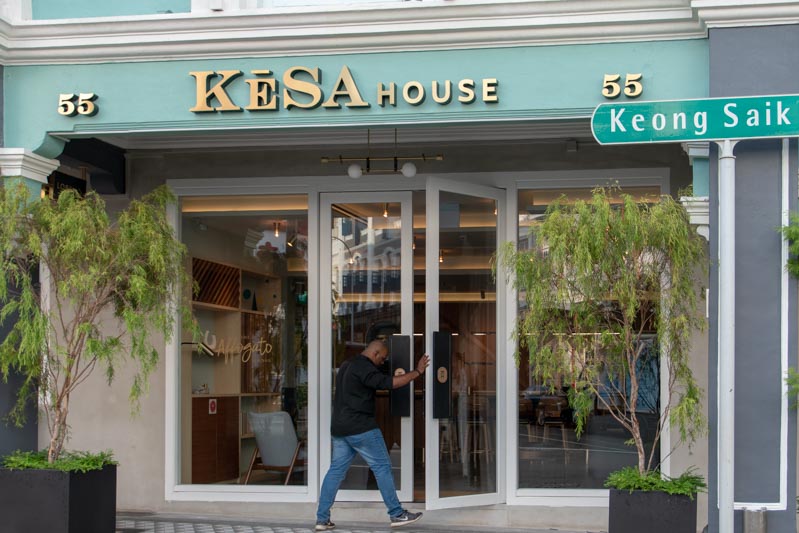 The Affogato Lounge is tastefully decorated with minimalist, Bauhaus-Geometric sculptures. 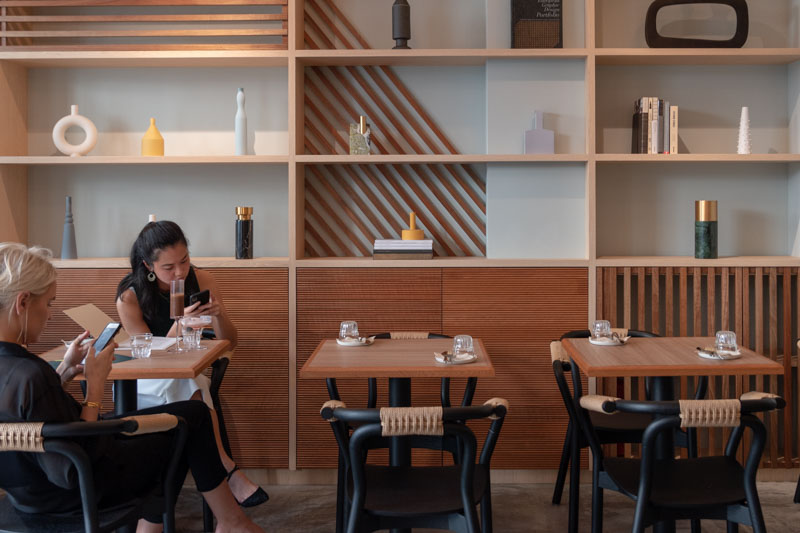 Warm wooden and concrete tones are highlighted with gold accents to create a luxurious and open space. 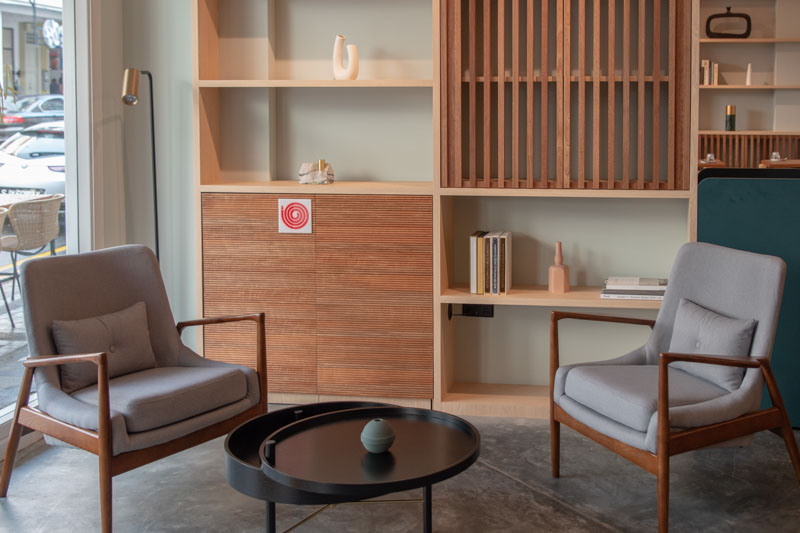 I was rather impressed: coupled with its prime location, the ambience of the Affogato Lounge easily ranks amongst the best of the cafes I’ve been to over the last few years. To kick things off, we first tried the Spicy Italian Panini (S$15++). Two thick slices of toasted ciabatta bread formed a delectably crunchy crust. The panini was served at the ideal temperature, warm but not too hot. 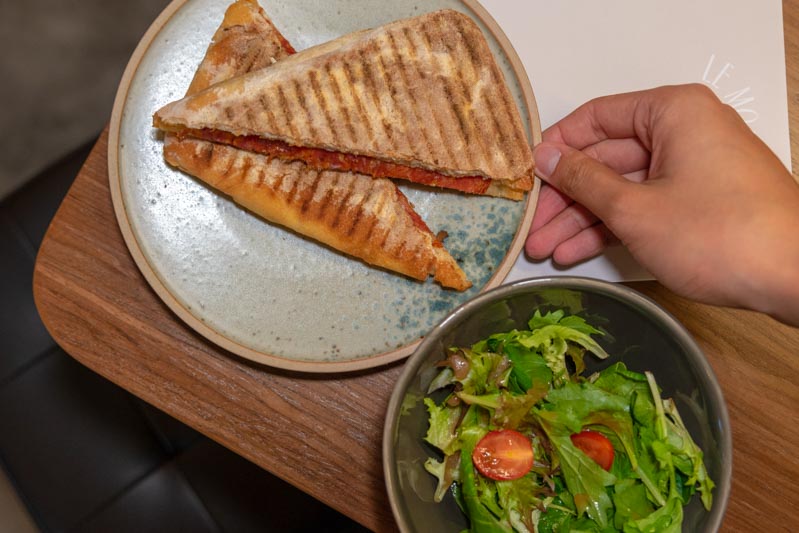 Sinking my teeth into the bread with a crunch, I immediately tasted the aged spicy salami. Pork on its own already has a rather strong taste, but ageing it serves to intensify these flavours. The deceptively thin layer of salami almost overpowered the entire dish — luckily, the volume of the toasted ciabatta countered this.

The salami had a lot of marbling, and it melted in my mouth like butter. Luckily, the mellow fontina cheese helped to bring together the strong, sharp and salty meatiness of the salami and the yeasty earthiness of the bread. The panini supposedly contained fire-roasted red peppers. However, I couldn’t taste this at all. Even if it was inside, it was completely overpowered by the salami and ciabatta.

The Spicy Italian Panini (S$15++), like all the paninis served at The Affogato Lounge, comes with a House Salad. Featuring fresh, crisp rocket and iceberg lettuce varieties, the salad is tossed in a balsamic vinaigrette.

The salad really freshens up the strong, earthy taste of the bread and the full-bodied flavours of the salami. I feel that if this could somehow be incorporated into the panini itself rather than served separately, it could turn The Affogato Lounge’s paninis into absolute stunners. 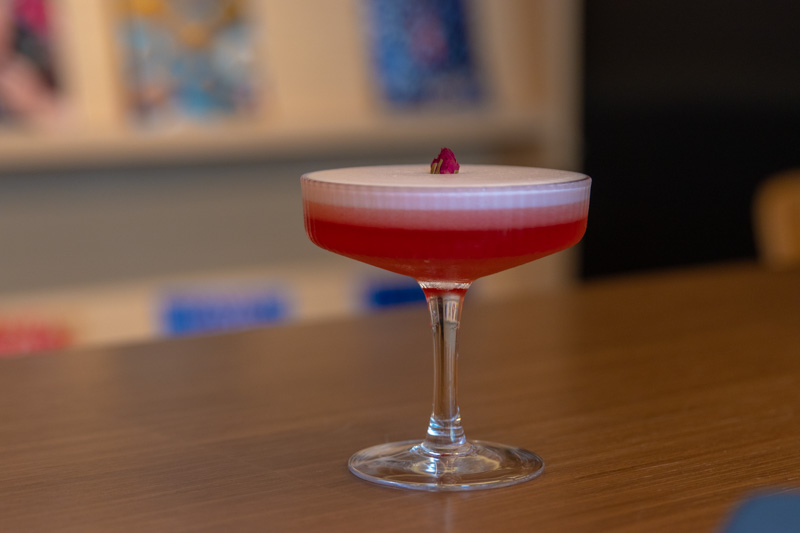 Next, we got ourselves an Auburn (S$20++). Featuring gin, raspberry and citrus, the drink is infused with tie guan yin tea and topped with egg white. I was really hyped to try out this drink!

The Auburn (S$20++) could qualify as a perfume in its own right — the raspberry and citrus gave it a tart fruitiness, while the tie guan yin imparted floral notes to the whole drink.

I really liked how the egg white carried the drink through, giving it an airy consistency that allowed for the subtler floral and fruity notes to shine. The rest of the bubblegum pink drink actually had a strong alcoholic kick. 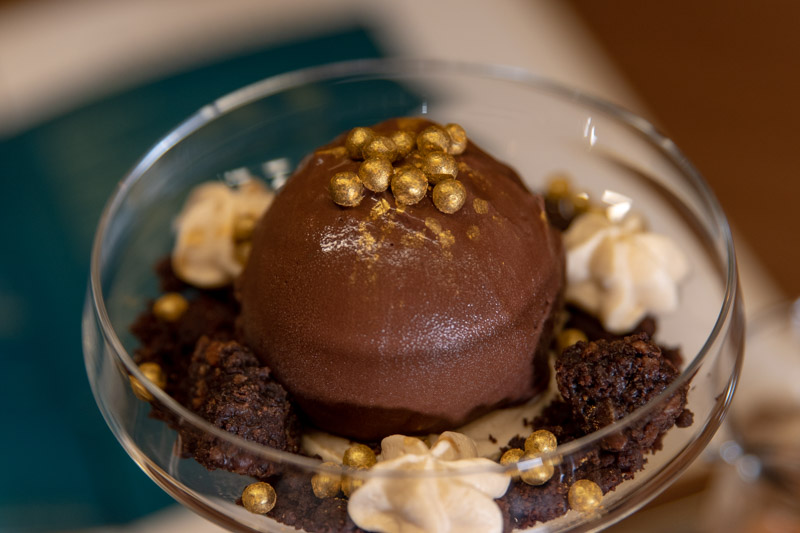 We also had the Trilogy (S$16++), which was complex, to say the least. There were many contrasting flavours and textures present in this dish. Beyond the warm Empire Coffee and cold 70% Dark Chocolate Ice Cream, there was the interplay between the dark chocolate and coffee flavours. Affogatos are usually served with vanilla ice cream, which almost acts like a creamer that softens the intensity of the coffee. At The Affogato Lounge, they took a completely different approach.

They decided to further intensify the bitterness of the coffee with an intensely bittersweet dark chocolate. The addition of velvety dark chocolate ice cream lent the full-bodied, nutty Empire Coffee a buttery, bitter viscosity, and enhanced its lingering aftertaste.

Furthermore, they employ a special technique at The Affogato Lounge to prepare all their ice creams. “Pakotising” involves freezing ingredients in a liquid followed by shaving the entire block to form an ultra-fine mousse. This technique is commonly seen at high-end fine dining restaurants. The Affogato Lounge managed to port it over to facilitate the provision of small batch, made-to-order ice cream. Because of the pakotising process, there is much less air incorporated into the ice cream as opposed to traditional methods, which further intensified the bittersweet flavours.

To counter the overwhelming bitterness of the affogato, they added the slightly salty Caramel Blanc cream, golden chocolate pearls as well as popping candy to the dish. These not only countered the bitterness with hints of sweetness but also diversified the textures with their crunchiness. In particular, the popping candy was a welcome surprise. We tried the Tiramisu Affogato (S$20++), which is the only alcoholic affogato offered. Empire Coffee, one of the darkest brews available, is infused with Kahlua coffee liqueur and Paramount rum to create an extremely intense and potent concoction. The coffee notes here were so intense that I could only taste the alcohol during my initial bite. The alcoholic notes quickly dissipated to develop into overwhelming bitterness that completely masked the hard liquor.

This dessert features mascarpone cheese which was creamy and smooth. Lady fingers soaked up the alcohol and coffee, adding insult to injury by acting as sucker punches to my palate every time I bit into them. For all I know, the mascarpone and lady fingers could have been sweet — but I guess I’ll never find out, thanks to the coffee that essentially butchered every other flavour. 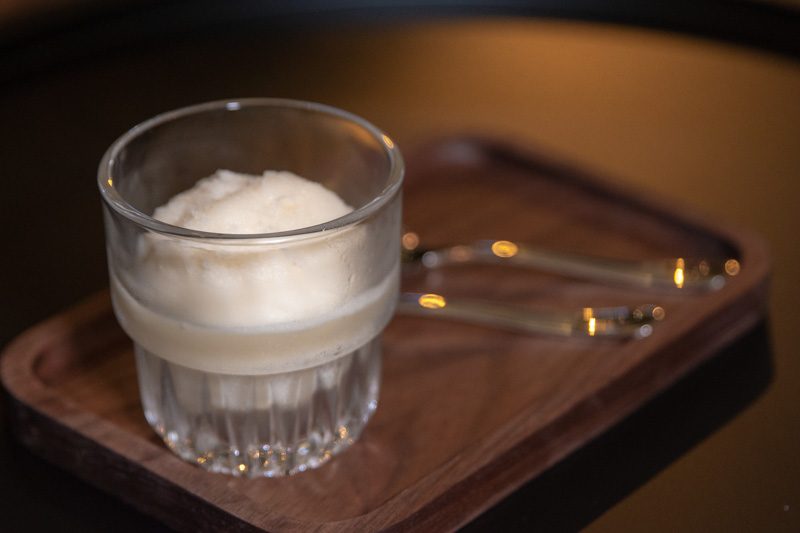 We rounded things off with the Lemon Basil and Thyme Sorbet (S$4.70++ per scoop). It definitely shook things up with its refreshing flavour profile. Sharp, tart and minty in that order, the ice cream was reminiscent of bubblegum toothpaste which threw me off. 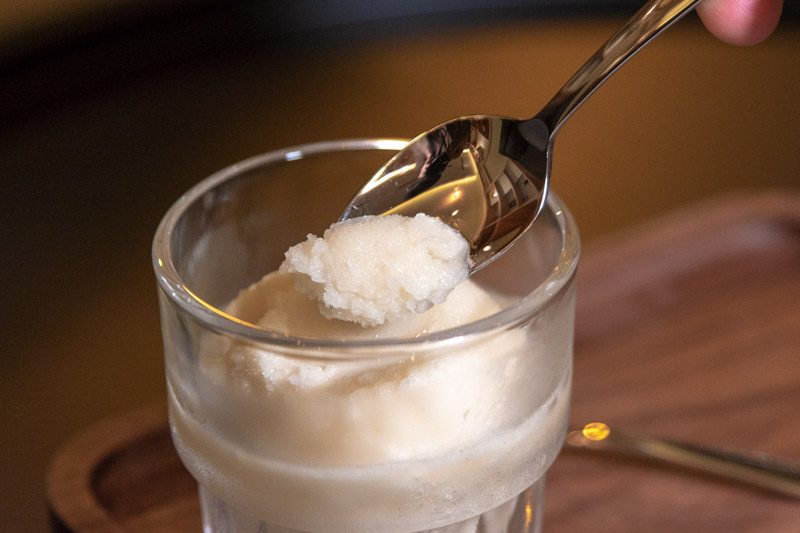 Perhaps due to the special pakotising technique employed, the sorbet was smoother than your usual ice cream parlour’s, and melted easily in my mouth.

The Affogato Lounge offers seven different ice cream flavours for now, with most going for S$4.70++ per scoop. The more premium flavours like Tahitian Vanilla Bean and Sicilian Pistachio are going for S$5.50++ per scoop, so give them a try.

The Affogato Lounge has honestly been a disappointing experience, relative to the previous successes of the Affogato Bar. It set a high bar for itself with its tasteful decor and elevated ambience, but sadly the food wasn’t as good.

The desserts demand an acquired taste; with the bold and intense flavour profiles, it’s difficult for them to appeal to the masses — particularly when coupled with an eye-watering price tag.

That being said, The Affogato Lounge has only just emerged onto the local dining scene. We can hope that with time, they will be receptive to feedback and improve. It’s definitely a concept with much potential, and I honestly believe that it’ll find its groove soon.