The Salted Plum: Savour Tapas Dishes & Rice Bowls For $5 Or $10 At This Taiwanese Restaurant In Boat Quay On 20 March 2018, a new kid on the block emerged at 10 Circular Road. Serving Taiwanese food just like the now-defunct Five-Ten, The Salted Plum has already garnered quite the following since its opening.

Like Five-Ten, The Salted Plum offers tapas dishes for an affordable price. 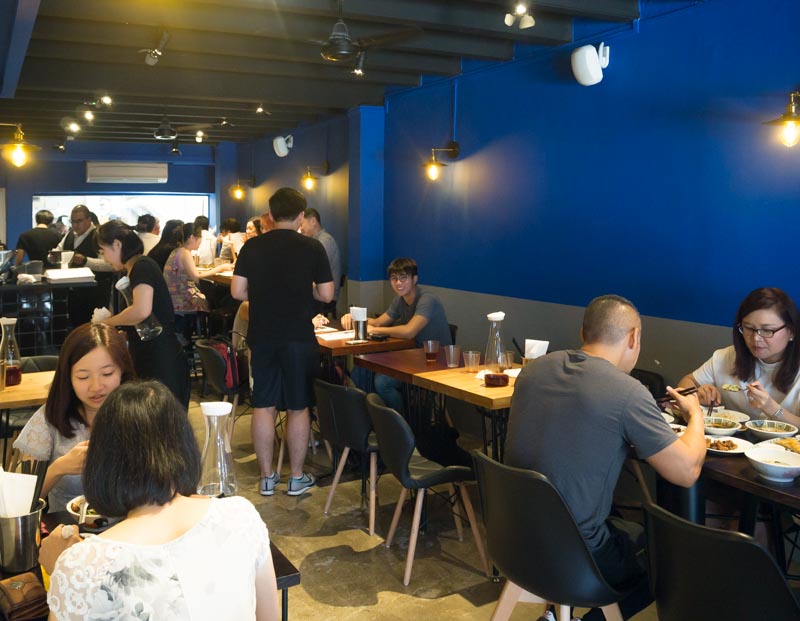 Their Lunch Bowls go for $10, and Taiwanese tapas dishes start from $5. There were also some new exciting additions to the menu, which I couldn’t wait to try! When you’re at a Taiwanese restaurant, you have to start off with some Red Tea ($5 for 4). And guess what, its free flow! Talk about value-for-money. 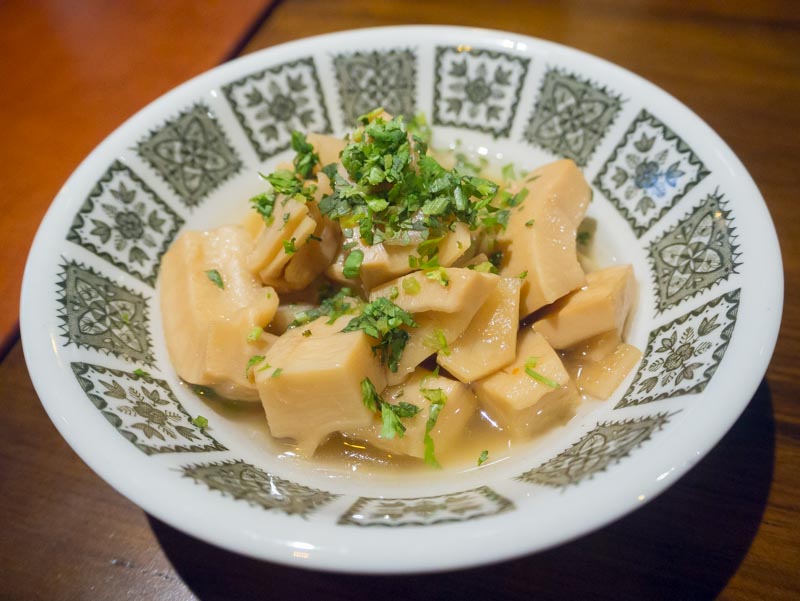 We then ordered a few tapas dishes to get our tummies rumbling into action. The first dish was the Pork Broth With Bamboo Shoots ($5). 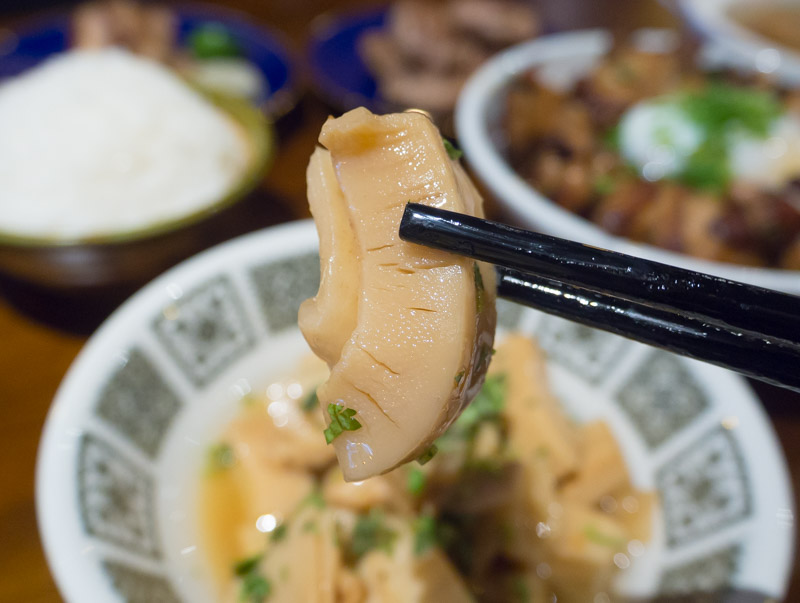 This dish was one of the more classic Taiwanese dishes offered here. Served braised in a pork broth and sprinkled with coriander, these braised bamboo shoots came in pretty large chunks.

The combination of the natural sweetness of the shoots and the pork broth was pleasantly mellow; I liked that the braised shoots still had a slight crunch, and had absorbed the flavours of the broth nicely. The Taiwanese Sausage Patties ($5) was highly recommended, and by far one of the most intriguing dishes I’ve tried.

These bite-sized patties had a distinctly sweet lap cheong flavour, and its texture soft and tender. When you come by The Salted Plum, you really have to get yourself a plate of this. 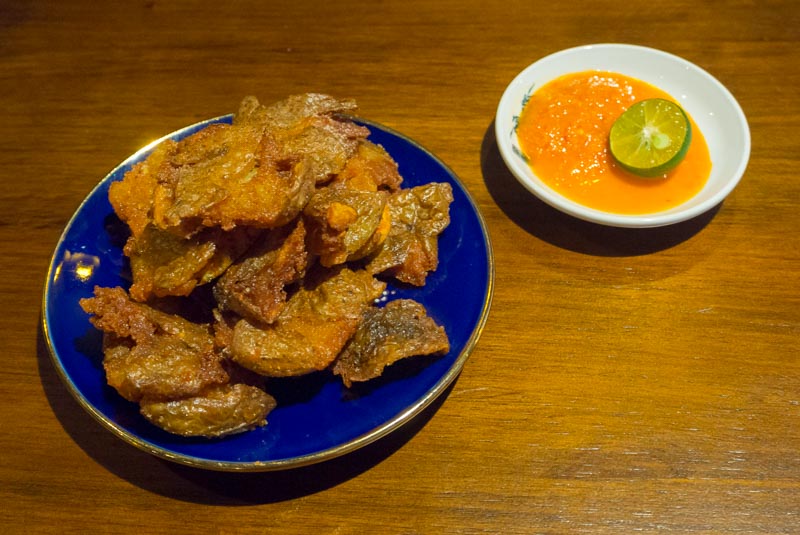 Now dining at a Taiwanese restaurant, it’s common to see sweet potato fritters and Salted Plum has their own version. 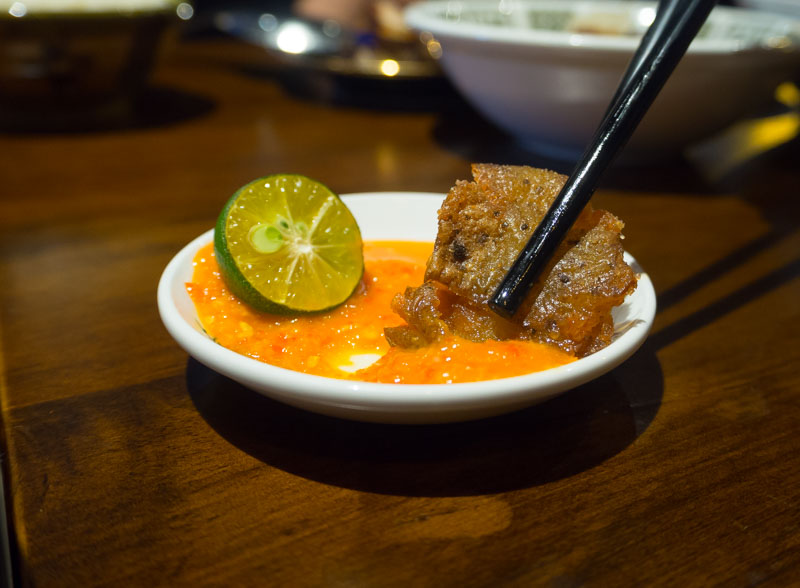 The Smashed Baby Potato Sour Plum ($5) had an initial slight sour taste, which evolved into a salty and savoury crunch from the potato. And since the potatoes weren’t too thin, the insides remained soft and mushy.

Also, with a little kick of spice from the chilli sauce, this dish became an absolute flavour bomb. Needless to say, I stuffed myself full of potatoes. If you need something more filling, try out the rice bowls instead. We started with this hearty bowl of Lu Rou Fan ($10), a common Taiwanese rice bowl. The braised pork belly was so soft I could barely hold it up without it falling apart. This glistening slab of pork belly had more fat than meat, and it felt like my teeth were sinking through butter.

I also liked that the sweet dark sauce paired really well with the creamy fat pork. For its price point, I’d say this dish is well worth the money. 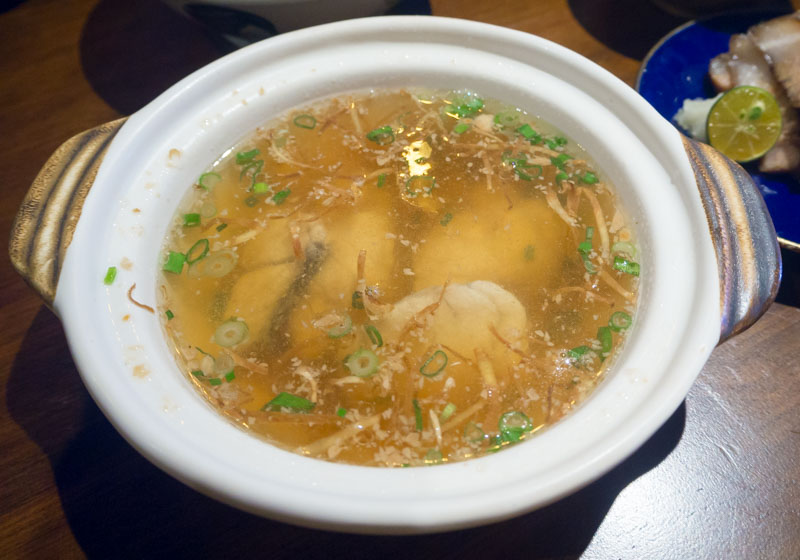 With so many rich and heavy dishes, the nourishing Barramundi & Dashi Broth ($10) was a good contrast. It was light yet flavourful, with the faintest taste of fish stock. I also found its piquant ginger taste to be rather refreshing.

In addition, the fish slices were tender and pleasantly sweet. The lighter flavours did wonder to cut through the jelak-ness from the hearty meal. 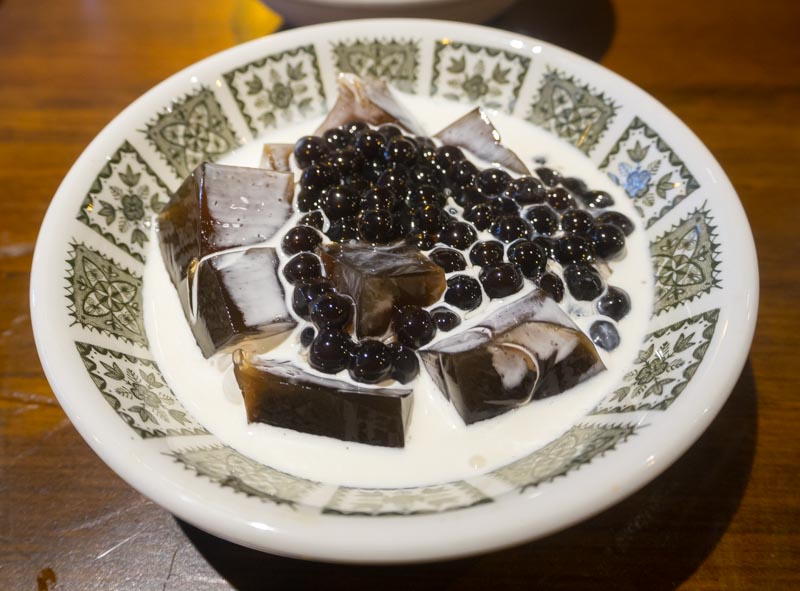 We were stuffed, but who ever says no to dessert? The Red Tea Jelly & Pearls ($5) is a deconstructed nai cha (milk tea), consisting of red tea jelly cubes, tapioca pearls and milk cream.

The rich milk cream complemented the mellow sweetness of the red tea jelly cubes rather well, and I enjoyed the chewy pearls. However, it can get a little too rich, so I suggest sharing this dish with a friend.

If you’re ever in the area with friends for some casual and affordable grub, try dropping by The Salted Plum. The cosy ambience, the welcoming staff and the fantastic food will keep you coming back for more.