[*Moved & Renamed] Five Ten: Everything At Only S$5 Or S$10 At This Taiwanese Street Food-Inspired Restaurant Along South Bridge Road Inspired by the Taiwanese street food scene, Five Ten aims to bring comforting yet well-executed food at honest prices to people. True to its name, everything here — both food and drinks — are priced at either five dollars or $10.

Located amidst a row of shophouses along South Bridge Road, a super-easy way to find it is to walk until you find yourself opposite the iconic Sri Mariamman Temple. 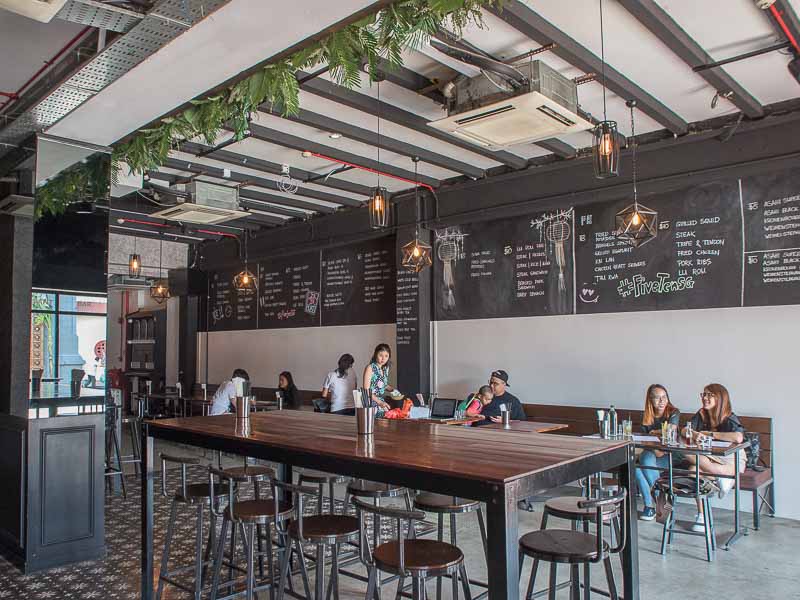 Boasting an industrial vibe, the decor felt simple yet tasteful. There was definitely space for more tables but I believe the owners’ priority was creating a comfortable environment for diners.

Aside from four-top tables, Five Ten also has large communal dining tables for larger parties, as well as a bar area for those seeking only drinks and small bites.

The offerings here are notably split into a.m. and p.m. menus, with the former focusing more on mains such as rice bowls and sandwiches for the lunch crowd, while the latter features sharing plates to go along with their affordable drinks. 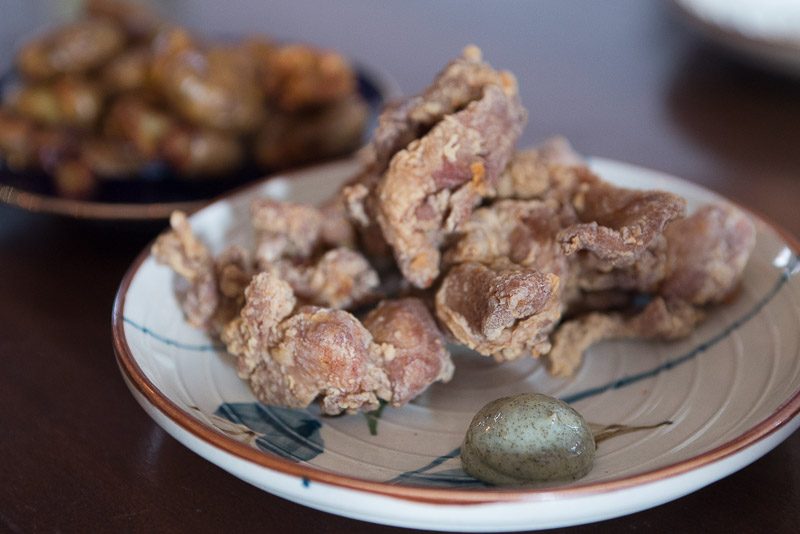 To start off the meal, we tried the Fried Chicken ($5). Marinated in sesame and soy, the juicy chunks of chicken arrived hot and crispy.

The nori mayo was definitely something a little more uncommon and I found its savoury earthiness growing on me. You’ll definitely want more than a tiny dollop of it so don’t be afraid to ask for more. 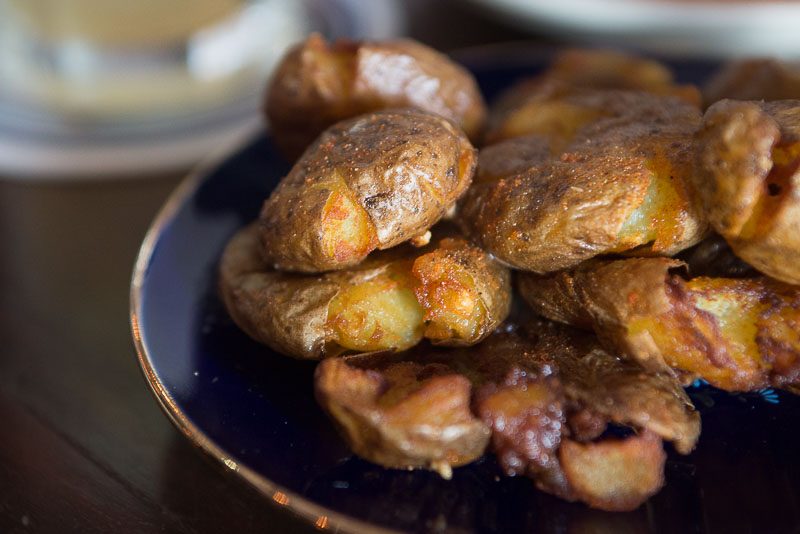 Our next appetiser was the Fried Smashed Potatoes ($5). I liked how the skins were left on to add a little contrast in texture.

While the pepper spices were a good attempt to make the dish more vibrant, I still began to feel a little jelak from the fourth piece onwards. Some kind of dipping sauce (preferably acidic, perhaps tartar?) would go far in improving the overall dish. 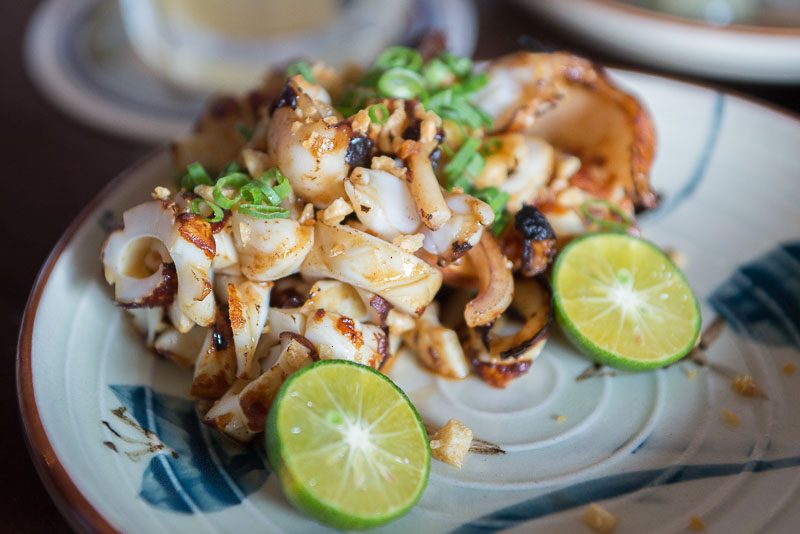 The Grilled Squid ($10, dinner only) garnered nods from everyone at the table. Tender and slightly chewy with a smoky char, I was quite impressed with the execution of this dish.

As I slowly chewed a piece in my mouth, the smoky and salty flavours began to give way to the squid’s natural sweetness. A drizzle of calamansi helped introduce some tangyness into the flavour profile and we had no trouble polishing up the plate. 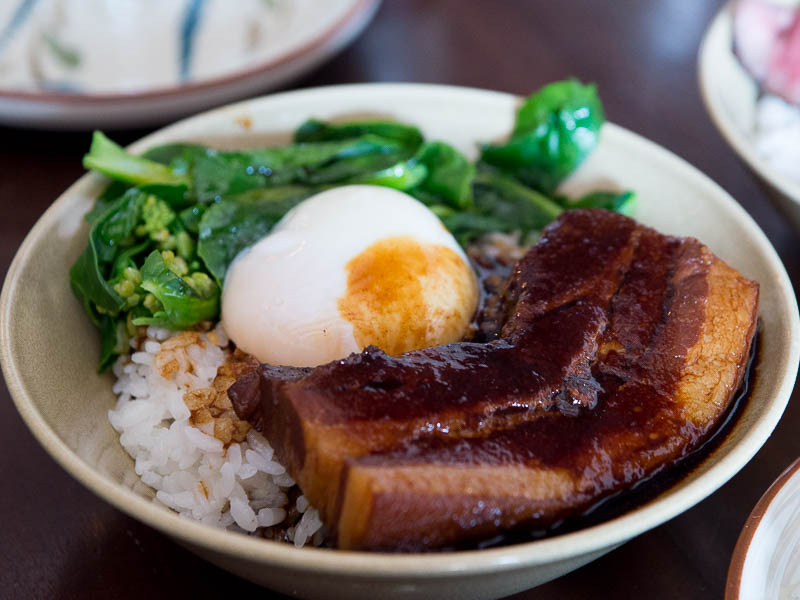 I was especially looking forward to Five Ten’s rendition of the iconic Taiwanese braised pork rice dish and I’m glad to say that their Lu Rou Fan ($10, lunch only) didn’t disappoint.

The large slab of braised pork belly had a well-rendered fatty layer, which resulted in an extremely tender and decadent bite. Even the lean layers were actually soft — to the point where I could cleanly break down the whole belly into smaller pieces with my spoon alone. Obligatory oozing-yolk shot. If you prefer your rice to be soggy with sauce or gravy like I do, just mix the yolk into the rice for a rich and comforting mouthful. 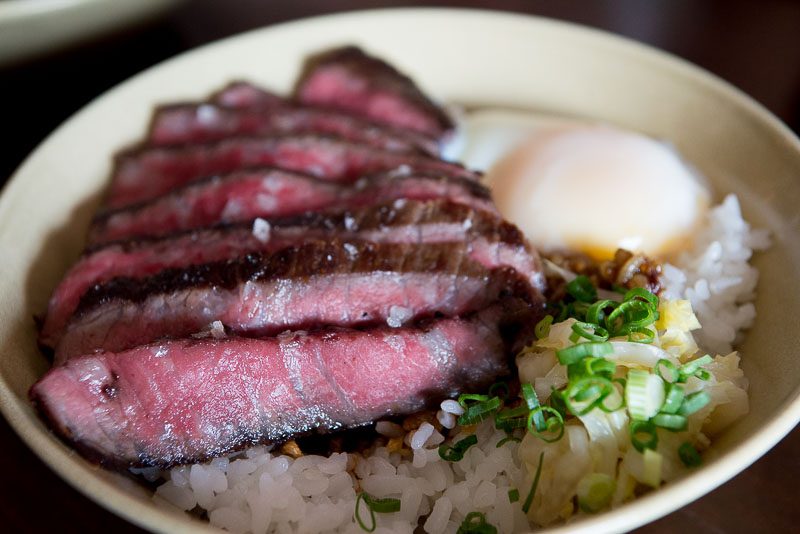 However, the Steak with Egg and Rice ($10, lunch only) was the dish that proved to me Five Ten was serious about their mission. With a generous portion of the topside cut of beef, this dish is incredibly value-for-money.

With a nice char on the surface, decently juicy (albeit lean) medium-rare centre with a prudent sprinkling of sea salt, steak never needed to be complicated to taste great. 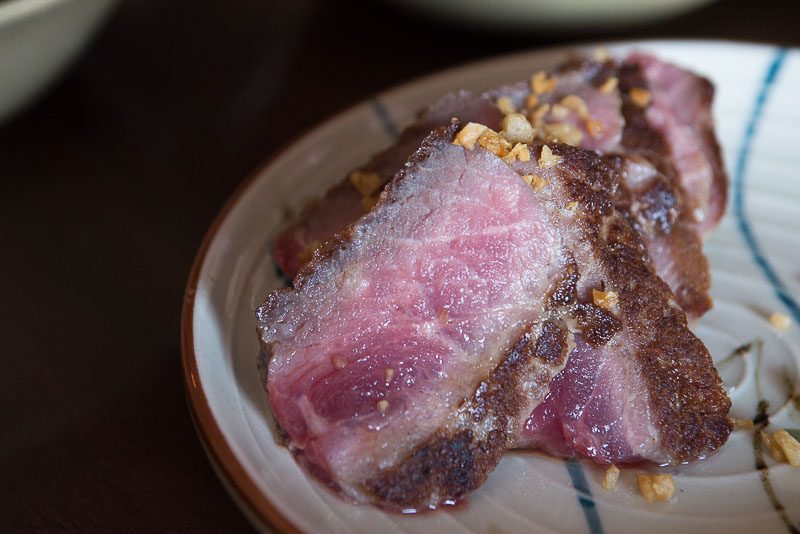 The other steak dish on the menu that may be overlooked by many is the Steak with Pickles ($10). Because this is made with sirloin, a more expensive cut of beef compared to topside, it does not come with any carbs or sides.

The thicker cut allowed for a more discernible crust layer while still retaining a moist medium-rare centre. The key difference here was the presence of marbling, which made for a richer and even more tender mouthfeel compared to the topside.

If you’re coming here with some friends, do yourselves a favour and share a plate of this. 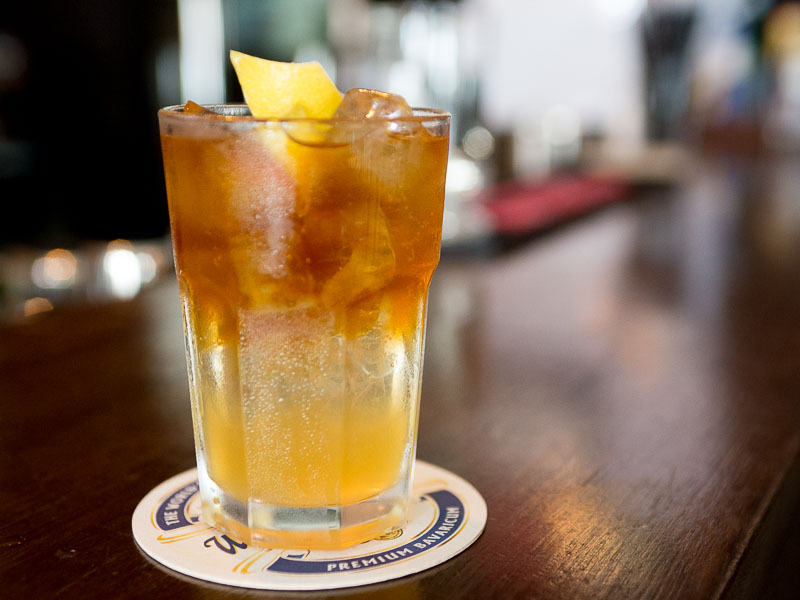 With a decent array of cold brews and iced teas available, we decided to try the highly recommended Cold Brew Lemonade ($5), which is a unique concoction by the bartender-barista here.

Each sip was an amalgamation of the key characteristics of each ingredient: the sweet-acidic combo of the honey and lemon, fizziness of the soda, and sharp kick of caffeine from the coffee layer came together harmoniously to create an incredibly refreshing drink like I’ve never had before.

You really do need to try it to know what I’m talking about. You won’t regret it. Also, the drink usually comes pre-stirred so if you want a photo of the separate tones like in the image above, let them know beforehand. 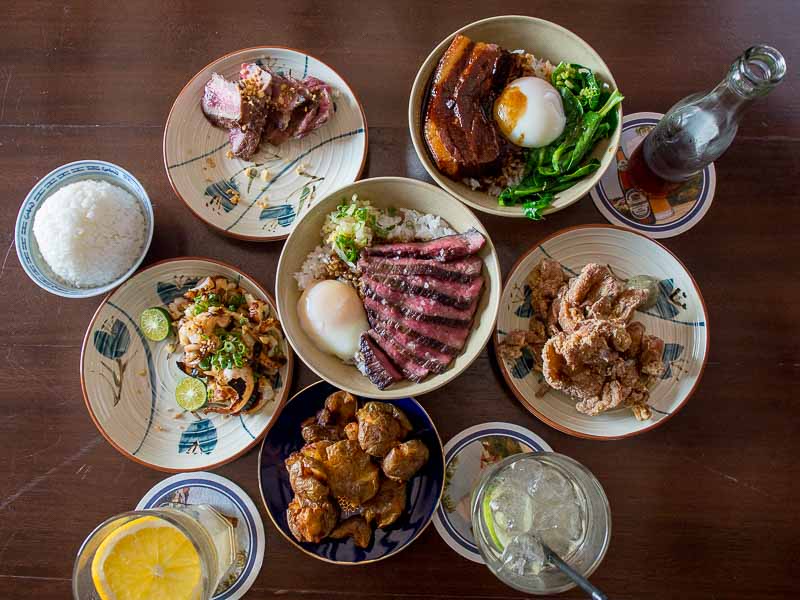 Overall, I enjoyed my meal at Five Ten immensely and would recommend coming here for an affordable and satisfying meal, especially for lunch.

The sirloin steak dish and cold brew lemonade in particular, while pedestrian-sounding, were truly memorable. My only worry would be that the five-ten dollar concept might pigeon-hole the talented crew into what they can offer.

Perhaps, (and I hope) one day we’ll see a more upscale sister concept — they can even call it ‘Fifteen Twenty’ as a continued homage to the drinking game.

Because if the food is already this good at five dollars and $10, I can’t wait to see what they can do with higher price points.

*Five Ten is now called The Salted Plum and has moved to 10 Circular Rd, Singapore 049366