Be honest with us: when you hear the term ‘modern Southeast Asian cuisine’, doesn’t it make you roll your eyes knowing a place has the potential for pretentiousness? You’re not alone. I am one of them, but I was about to get my prejudices checked. A new entry to the Boat Quay enclave is The Sampan, a three-storey restaurant and bar that puts a fresh spin on cuisines that can be found scattered across Southeast Asia.

This refreshing take extends beyond their food menu into a line-up of cocktails that borrow traditional ingredients to marry with classic liquors. 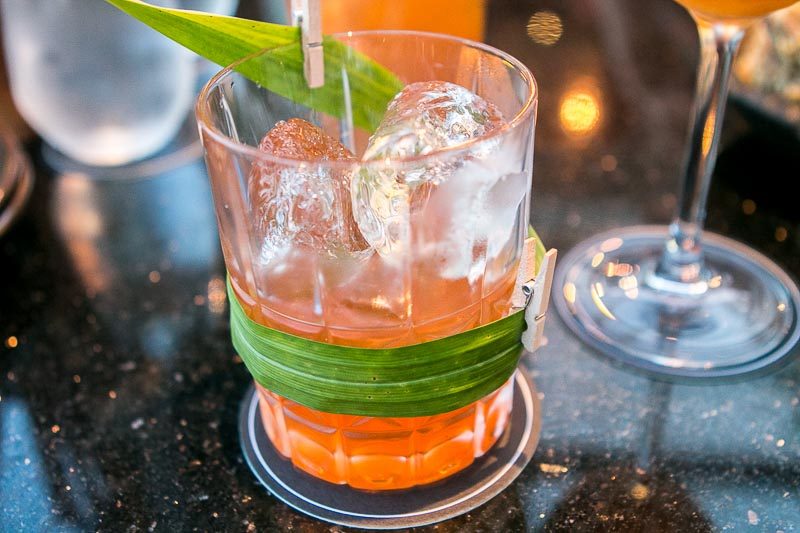 Speaking of booze, The Sampan’s rendition of the Pandan Old Fashioned (S$18) was punchy and unforgettable. The alcohol didn’t smother the smooth, gentle flavours of pandan, which allowed us to breathe in its unmistakable aroma.

The finish was sweet and served well as the first tipple of the evening. Should you wish to sip on something that’s just as refreshing but non-alcoholic, the Lychee & Lemongrass Iced Tea (S$6) is a great consideration.

As we know, one whiff of lemongrass transports us to the beckoning call of an indulgent spa day, but for now, we had to settle for a thirst-quenching drink. 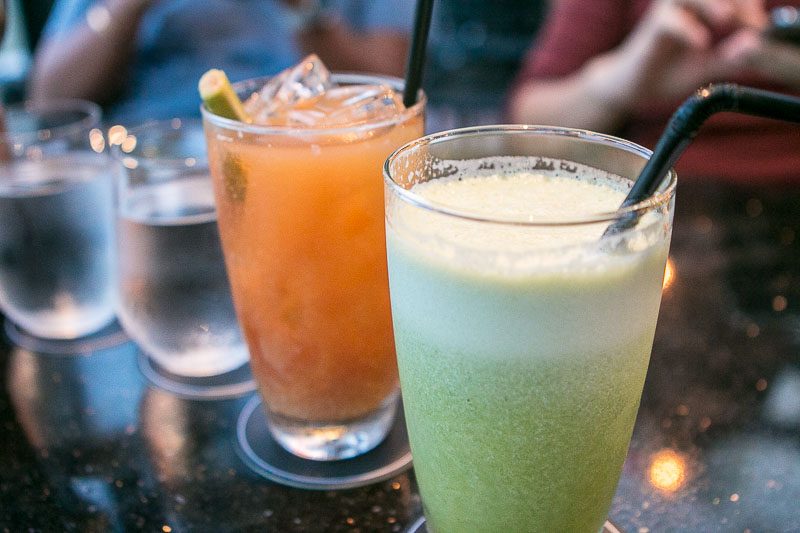 The nutritious-conscious will truly love the Pina & Spinach Smoothie (S$10), with fresh pineapples, organic honey, fresh spinach leaves and fresh coconut water. One sip of this and I wished I were sitting on the beach without a worry to bear. 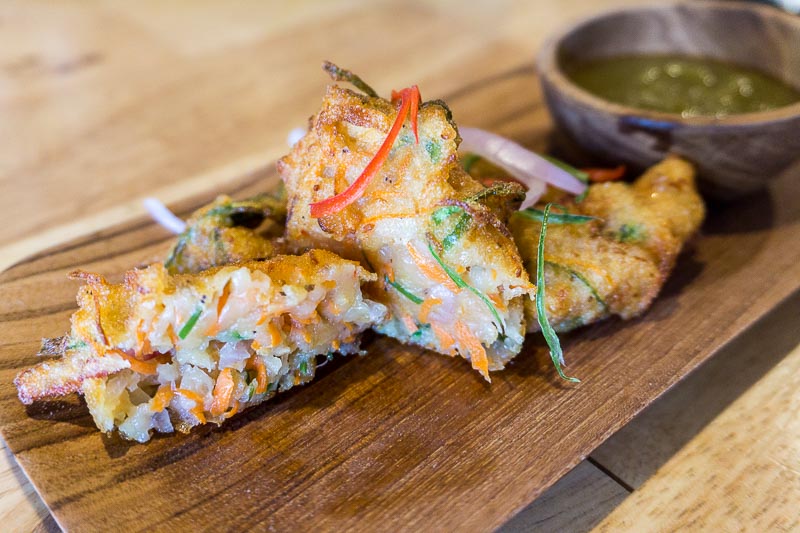 Although their Silken Egg Tofu Served With Peanut Sauce topped With Vegetable Fritters (S$12) may look pedestrian, their flavours were anything but. What stood out, even more, were the intricate textures of the grated vegetables, which lent a subtle sweetness to the dish. 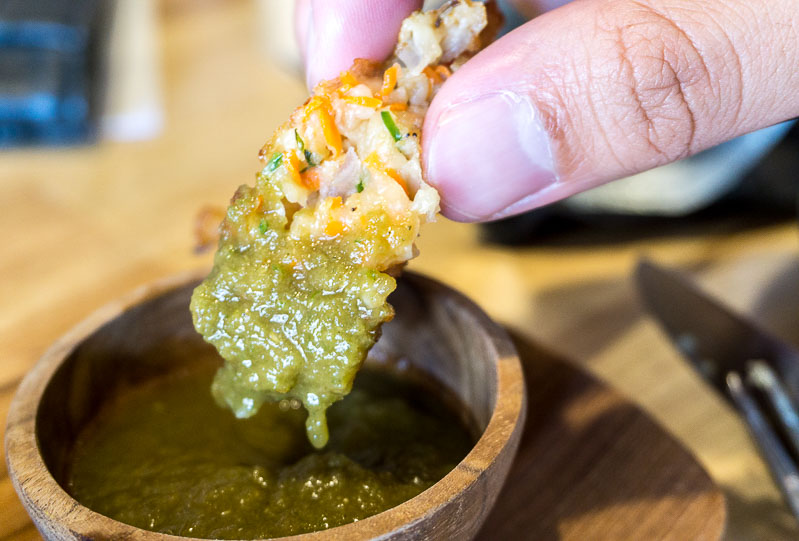 The accompanying peanut sauce was different in the sense that it wasn’t stereotypically crunchy; instead, it was a thick, green dip that was surprisingly light. In retrospect, I should’ve inquired about this unique peanut sauce. 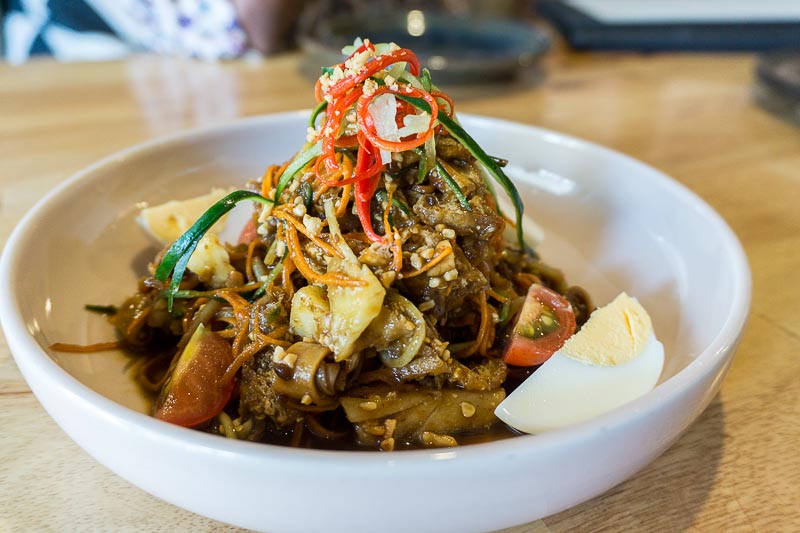 Taking inspiration from our local rojak, the Spicy And Tangy Singapore Salad, Cuttlefish And Eggs (S$15) was just what the humid weather called for. The tanginess was on-point and awakened us from our weariness.

I’m not usually a fan of sour food but the balance of savouriness and acidity really reeled me in. 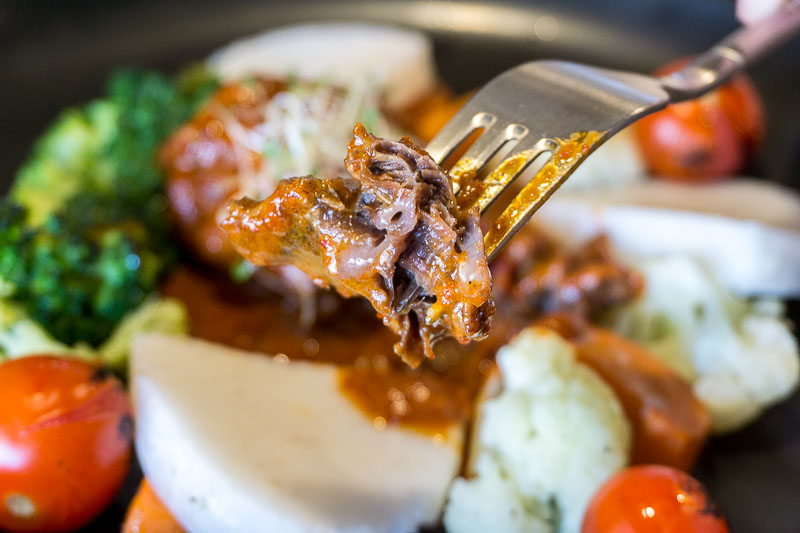 Speaking of local fare, they also serve up their rendition of Beef Cheek Rendang (S$26). The meat was incredibly fall-off-the-bone tender and succulent, and the rempah (spice paste) used in the dish was rich and flavourful.

It’s, hands-down, the best rendang I’ve had in a long time — all thanks to its decadent, slathering sauce. 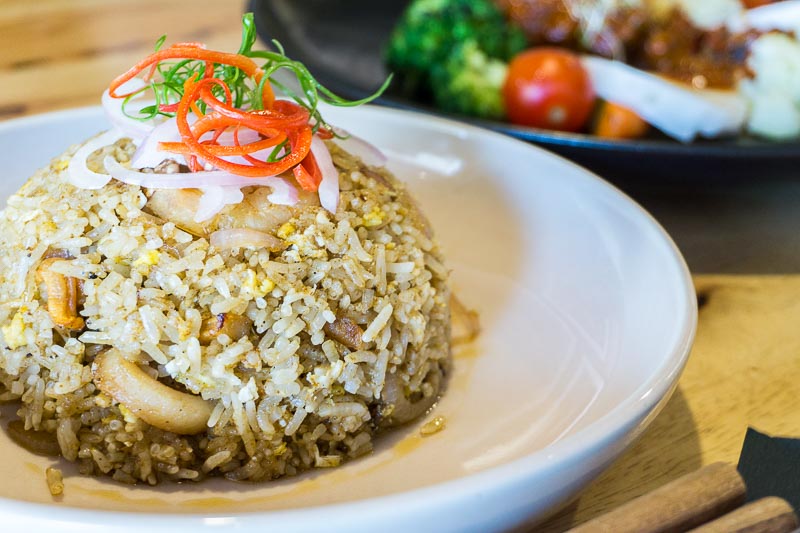 Their Thai Style Fried Rice (S$18) is deceptively delicious! Toss any notion of a seafood fried rice being average; this one packs loads of flavour, natural sweetness from the prawns, along with a mild smokiness that’s similar to wok hei (although I’m sure it’s in part due to the use of dark sauces and chillies). 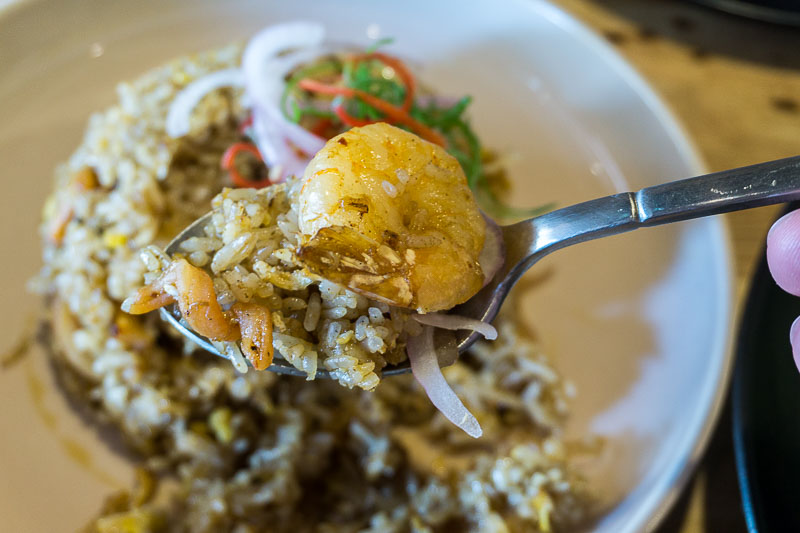 There was ample seafood, so no stinginess here. It worked well as carb side to the rendang as well as the South Indian Fish Head Curry (S$19 for 500g, S$36 for a kilogram) that I had the pleasure of savouring next. The fish’s flesh was flaky and moist, just the way I like it. They also nailed the curry, in its viscosity and taste; I only wish I had a stack of crispy prata to enjoy this with.

The fish’s cheeks were the best part, being both fatty and fleshy, and despite requiring some effort on my part to ensure I scraped off every last bit of flesh off its bones, it was all worth it. 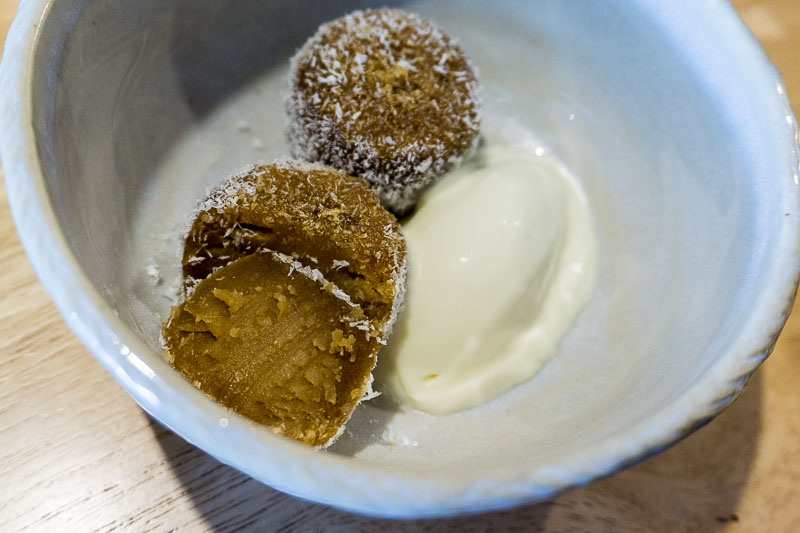 My meal came to a satisfying end with Local Coconut Pudding (S$13), served with coffee tuille and charred bread ice cream. If you think the savoury dishes here are the only stars, think again.

These tiny coconut pudding balls will have you wishing you there were more of them. Coupled with the charred bread ice cream, this dessert got me having cravings for days after!

Having been to The Sampan more than once already, the food here still floors me. The recipes are modest but the flavours are memorable. Although the price point may seem unjustifiable for what seems like any other Asian restaurant, I can vouch for its worthiness and my own willingness to return.

The kitchen crew here are undoubtedly a talented bunch, and you’ll find yourself drawn to keep trying different dishes on their menu every visit!