The Sherry Apprentice is launched on the 13th February 2015 with regional heats taking place in China, Hong Kong, Malaysia and Singapore over the next two months. Finalists from each nation will be then invited to the Feria de Caballo in Jerez, Spain, in May, where they will compete against each other, in front of a panel of international judges, to find The 2015 Sherry Apprentice.

The Sherry Apprentice competition in Singapore, held at UNA Tio Pepe Sherry and Tapas Bar,  is made up of two parts; the first being a master class where participants are able to learn about the variety and styles of Sherries from Gonzalez Byass experts. The contestants are then required to do a blind taste test to identify the varying Sherry.

The second part gives the contestants the chance to show off their knowledge about Sherry, their skill using a venencia (the traditional Jerezano way of serving Sherry for the barrel) and creativity in creating new cocktails, using premium Gonzalez Byass spirits brands such as London No.1 Gin, with Tio Pepe Sherry as the principle ingredient. 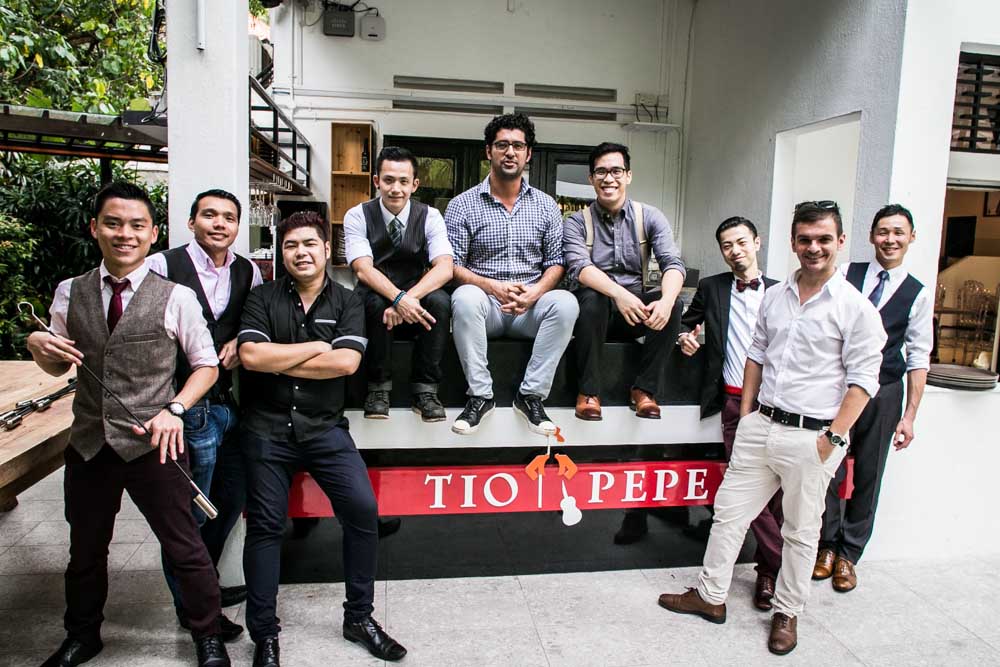 The SINGAPORE Winner for The SHERRY APPRENTICE by Tio Pepe is Edriane Lim (Left corner) from ANTI:DOTE, who will represent Singapore in the finals in Jerez, Spain.