With the never-ending list of new cafes popping up in the F&B scene here in Singapore, there’s bound to be cafes that fall short when it comes to food, despite its charming interiors and food platings. That was my main concern. The location of Two Cranes at Hougang Street 21 is pretty convincing for me, given its close proximity to Kovan MRT. Entering the cafe, I was largely relieved with the strong air-conditioning they had, given the intense heat I suffered walking from the train station to my destination.

The adorable illustrations hung on the walls of the cafe was what caught my eye. It was charming enough to make me murmur “gwiyeobda” (cute in Korean) to my counterpart, who nodded in agreement. I found out later from the manager that the illustrations were made by local designers (Troops On Print), which I appreciated (#supportlocal). 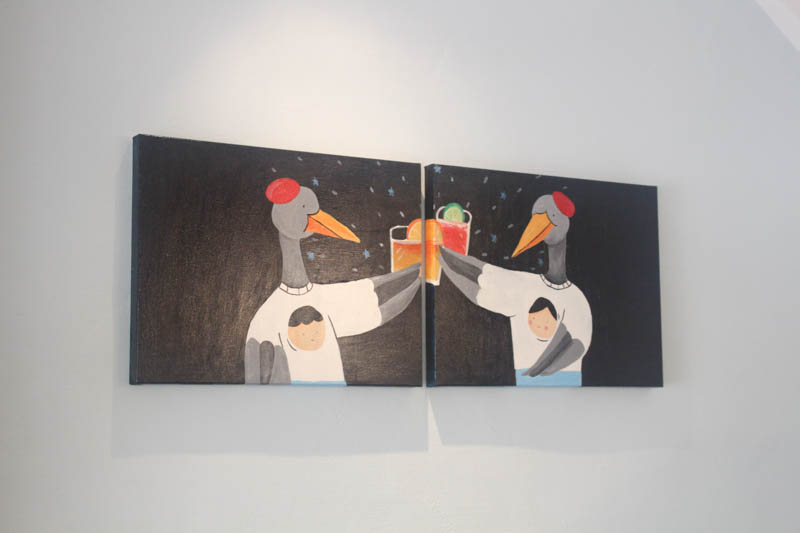 Cranes were used in these illustrations as they are an auspicious creature in Korea. These illustrations represented friends doing things together, which made sense, given that the cafe would be an ideal brunch spot with friends as well. 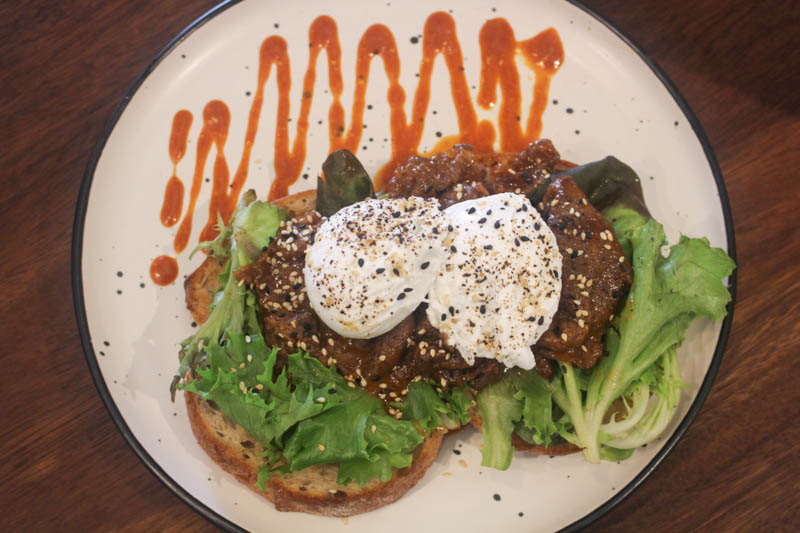 With a deeper appreciation of this Korean fusion eatery, I started with their brunch-style dish, their Boeuf Benedict (S$15/S$17). Not much explanation needed—bulgogi, poached eggs and salad greens were served on toasted sourdough, and drizzled with their house sauce. 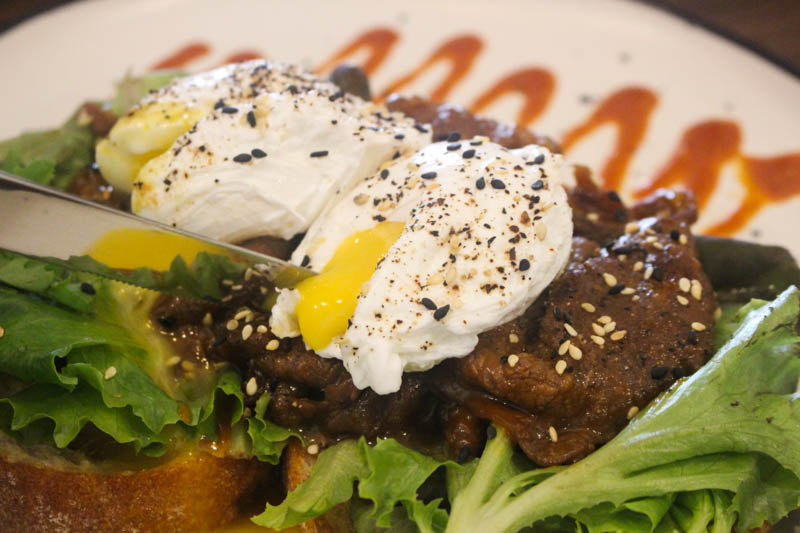 Slicing the poached eggs into half, the egg yolk oozed out gracefully, indicating a perfectly poached egg. This is a must for those who love capturing that coveted #eggporn shot. 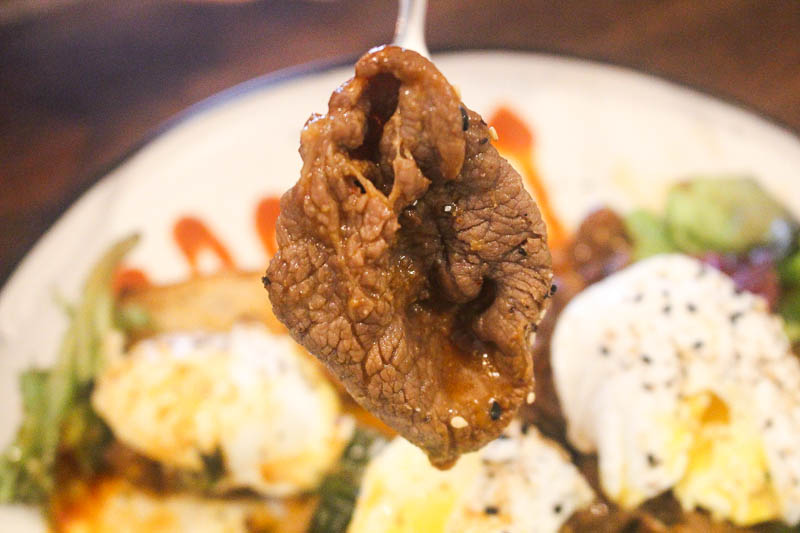 The bulgogi was cooked to perfection—tender and steeping with sweet-savoury taste. This was the perfect type of Korean meat to mix in with a classic brunch dish. 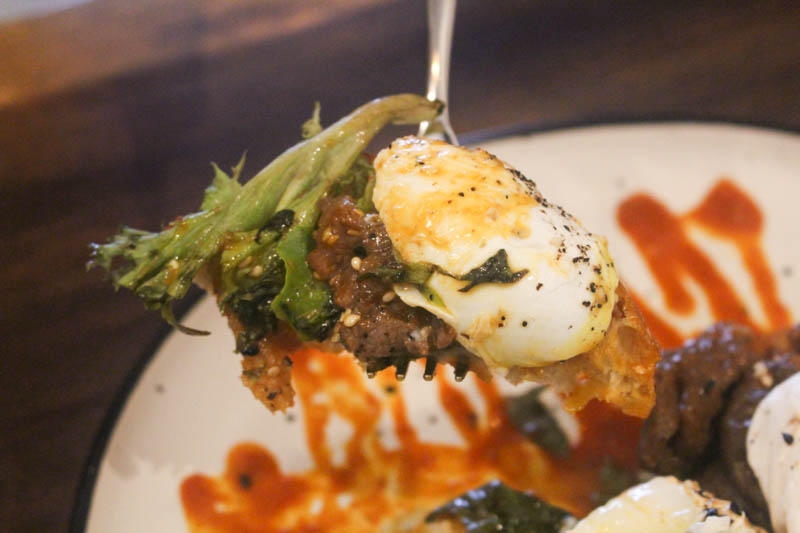 Relishing every bite of the dish, I gleefully ate it. The combination of their house-made sauce, which was largely made of gojuchang added another dimension to the dish. When paired with the greens and the poached eggs, it made for a well-balanced fusion dish in terms of taste and texture. 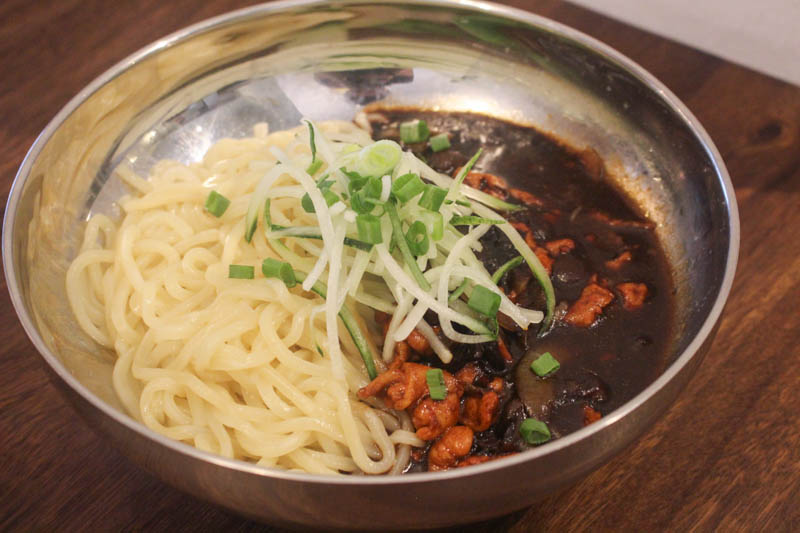 A more authentic Korean bite at this cafe is their JjajangMyeon (S$10). Initially, I did not have high expectations as wasn’t the cafe’s signature dish. 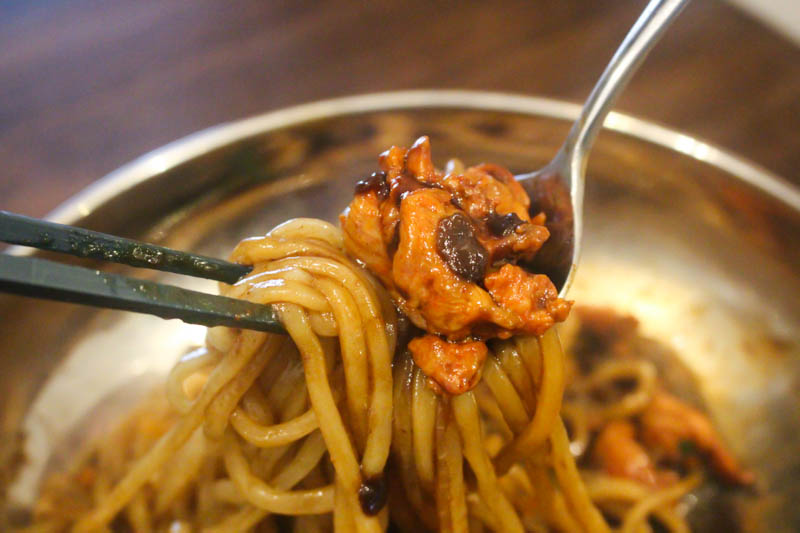 For those who prefer a sharp, pungent flavour profile, you might have to look elsewhere. For those who seek a light breakfast option, do consider one of their wonda-fu toasts. I went with  the Wonda’s Favourite Toast (S$4.50). The most interesting ingredient on this dish was their house kiwi sauce that was heavily drizzled on the plate. Besides that, ingredients like lettuce, ham, carrot, cheese, and a sunny-side egg were stacked on top of a butter-grilled toast.

The kiwi sauce was surprisingly not too unwelcoming, it was very similar to mayo but with a sweeter fruity profile. If you are in search of something intriguing at this eatery, get this. 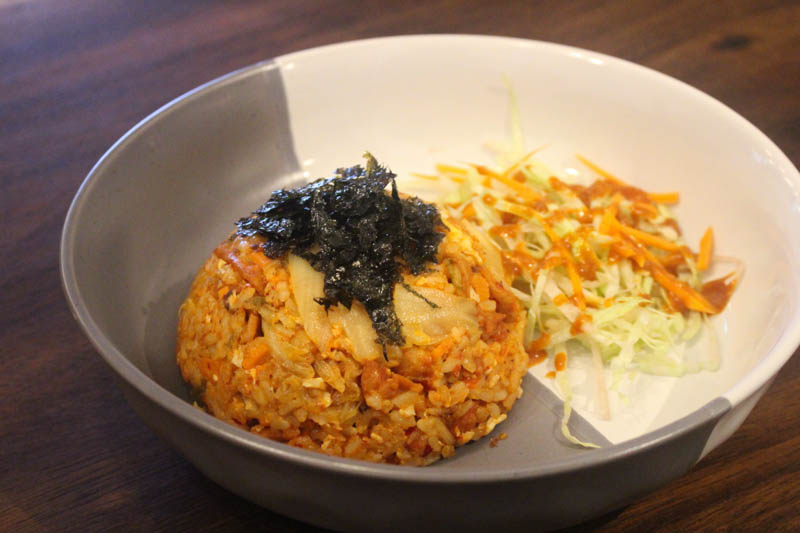 Another dish that was authentically Korean, was their Kimchi Fried Rice (S$10). The biggest question that struck my mind was, would Two Cranes be able to do it justice?

Thankfully, it was stir-fried well—using the optimal amount of gochujang, as well as balancing it out with the right ratio of other ingredients like kimchi, diced carrots, rice, and chicken. It had the right degree of sour-spicy with an aromatic umami flavour. 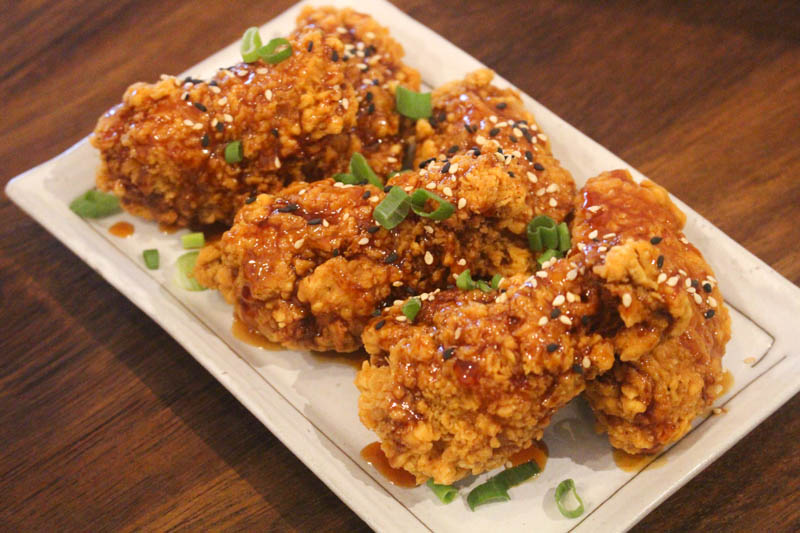 For sides, I picked their Chicken Wings (S$12) with a lemongrass & ginger sauce option. With six pieces, the portion was acceptable.

The skin’s crunchy texture received a thumbs up from me, and did not turn soggy despite the generous amount of sauce that was drizzled on the chicken. Sauce-wise, it was fragrant, and the flavour profile was close to a BBQ sauce, but slightly lighter and with a hint of lemon and lemon-mint. 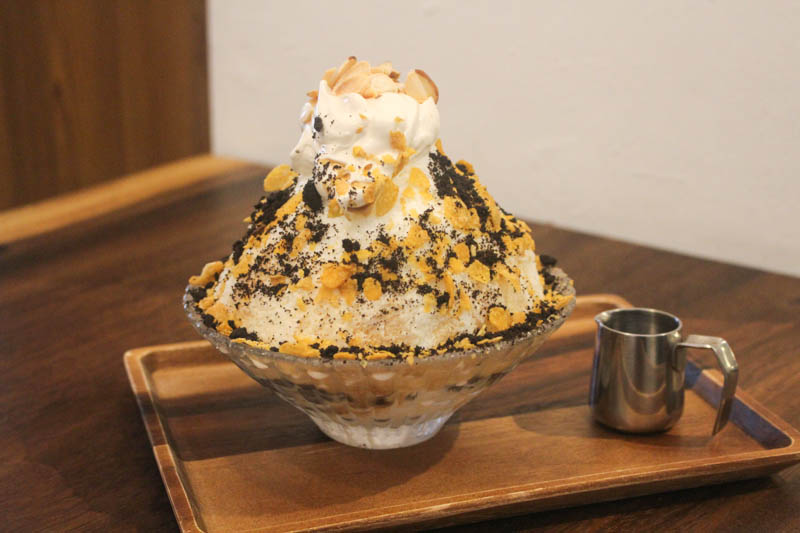 I picked the Caramel Macchiato Bingsu (S$13.50) as a sweet ending to my enjoyable time at Two Cranes. The coffee jelly inside the bingsu is made with their in-house brewed coffee, which is worth extra praises for putting in the additional effort in creating it. 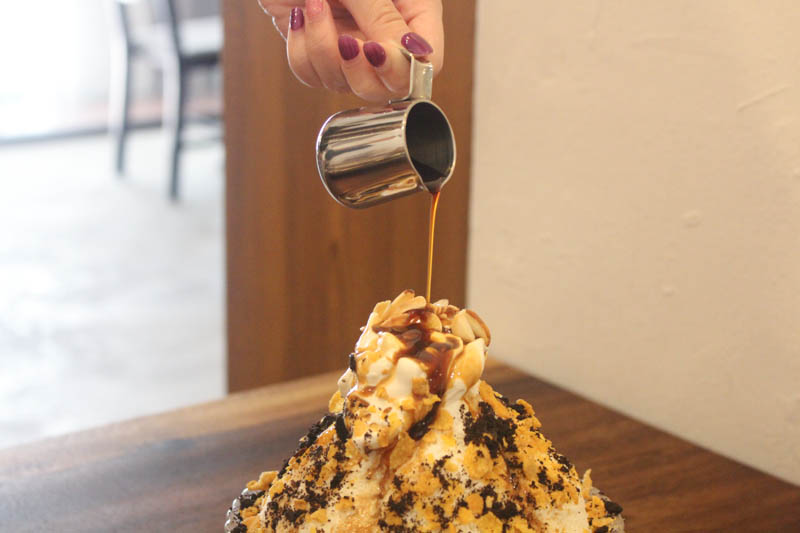 The sweet caramel tones were noticeable as I dug deeper into it. With the nutty roasted taste from the coffee jelly, coupled with the crunchy cornflakes, it was a joyous dessert to have to end my meal.

Given its relatively convenient location from the train station, I will definitely come back another time for their palate-pleasing dishes as well as its cheery interior.