We all know how popular weekend trips to Bangkok are for Singaporeans, and we’re also spoilt by numerous Thai restaurants here at home.

But while Bangkok may have gained its fame through good food and cheap shopping, there are other regions in Thailand that lack the same hype yet boast just as delectable dishes as its capital. 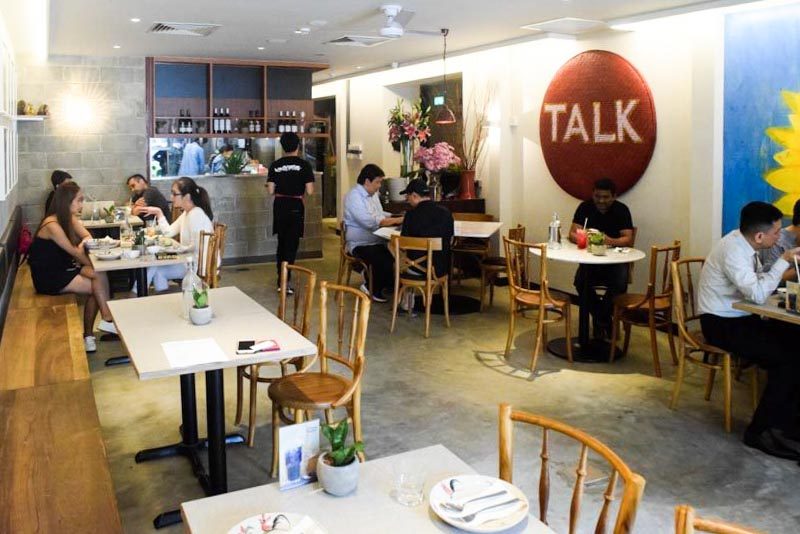 Un-Yang-Kor-Dai along South Bridge Road hails from a Thai city called Khao Yai, and separates its identity by serving traditional Isaan cuisine, which has notable influences from Khmer-style cooking.

The name itself means ‘anything goes’, and the restaurant was founded by Panchana Vatanasathien, a former lawyer and an adviser of the Amata Foundation. Even non-fans of salads somehow get pulled into trying Thai salads, given that they are usually packed with so much flavour and spices! Here we have the Som Tum Thai Kai Kung Sod ($13.50), that was incredibly juicy, zesty and not forgetting spicy.

Everything tasted really fresh, and I especially loved how crunchy the shredded carrots, young papaya and peanuts were. 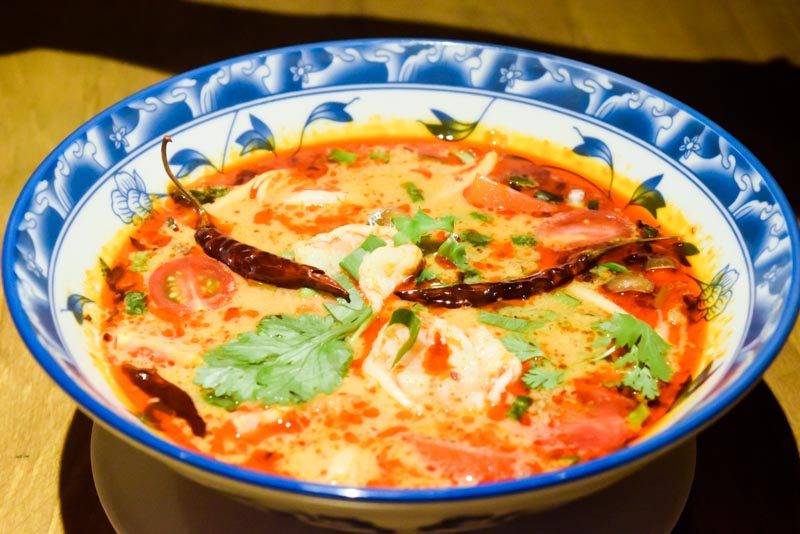 Almost no Thai meal is complete without a rendition of tom yum soup, and the Tom Yum Kung Num Kon ($18.90) was an absolute delight. Filled with seafood like fish and prawns, it wasn’t as sour as other tom yum soups I’ve tried before.

However, it was very rich and had a medium level of spiciness so even those who are unable to tolerate too-spicy food will enjoy this thoroughly. Who would’ve thought that out of all the dishes I tried at a Thai restaurant, the Kai Yang Sa-moon Prai PenLaos ($12 for half, $21 for whole) would be the star dish that I rave about?

I guess grilled chicken is a dish that’s always a hit or miss because it tends to dry out on the fleshier parts. But this bird was all juicy and deliciously peppered with a three-day marinade of white peppercorn and coriander.

Even the breast meat was tender and moist. I kept going in for extra helpings (I think I returned four times!) and was even tempted to dapao the leftovers. 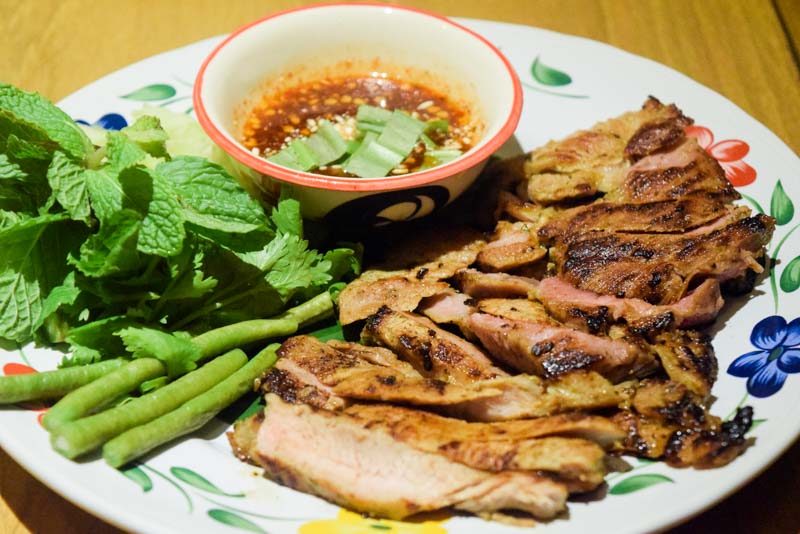 A lacklustre dish that I didn’t particularly take to was the Kor Moo Yang ($12.90). It’s grilled pork neck served with a spicy Isaan dipping sauce made with tamarind sauce, cilantro and chilli powder.

On its own, it fell rather flat, and although the texture was tender, it didn’t do much to excite my palate. Definitely go for the grilled chicken instead! 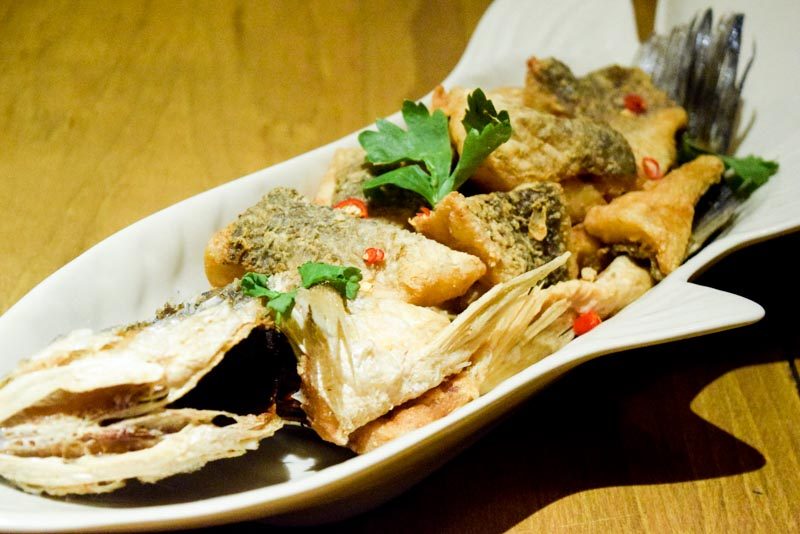 The Pla Ka-Pong Tod Num Pla ($28) will win you over if you’re really into deep-fried whole fish. They use sea bass here and for its price tag, it’s a pretty good steal. Served with a mango salad (which tasted very similar to the papaya salad we had earlier), it proved to be quite spicy.

I will reason that I liked this dish, but didn’t love it because I’m so used to enjoying deep-fried fish with a sauce as opposed to a salad — regardless of how tantalising the salad is. 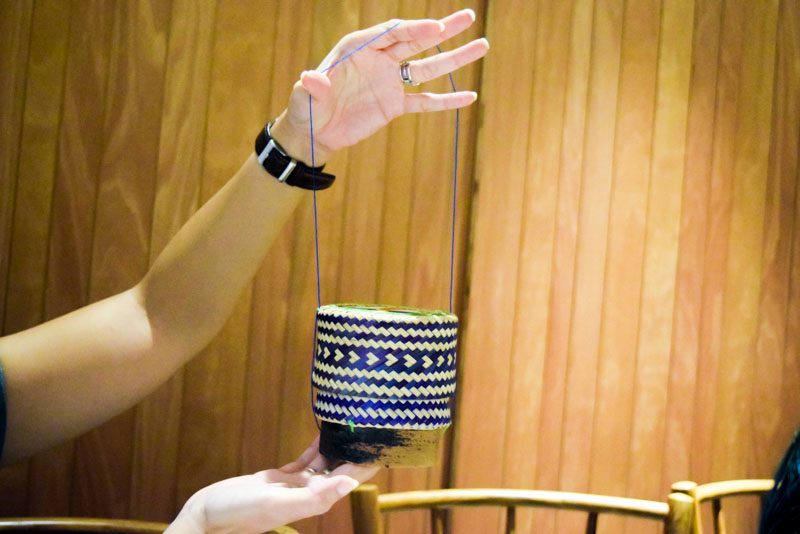 What I really did adore was the mini woven basket (called katip, made from bamboo and palm) that the Khao Niew Dum ($2) (glutinous brown rice) came in. It helps to keep the rice warm as you portion it according to the dishes you’re enjoying. 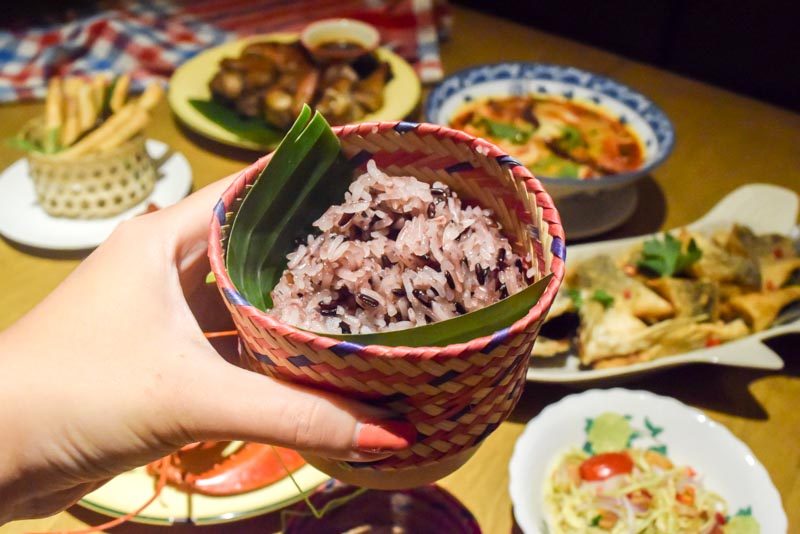 It was nutty and sticky, making for a very enjoyable accompaniment to the Isaan dishes. 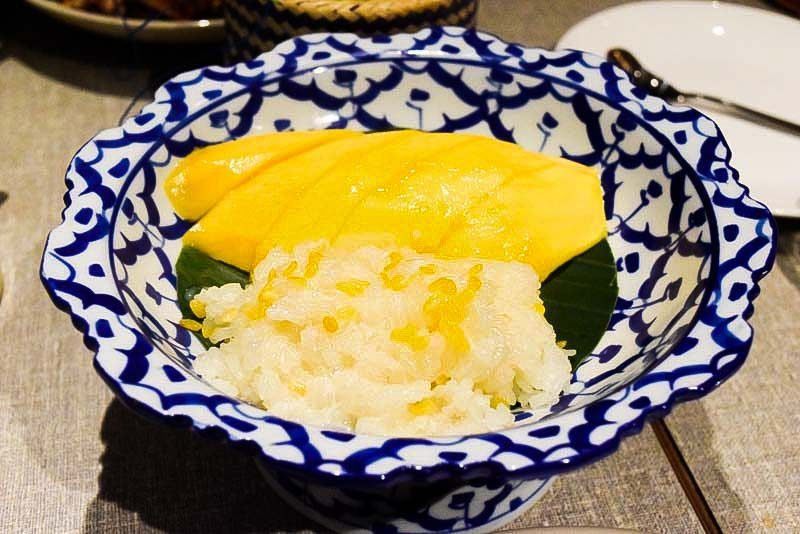 The Khao Niaw Ma-Muang ($9) wrapped up the meal and although it wasn’t mango season, the fruit was aptly sweet. The rice was remarkably sticky, which I really appreciated, and was sprinkled with toasted yellow mung beans that truly made this sweet ending memorable.

Although there were some hits and misses with this new Isaan-centric restaurant, the one thing I’d return for is their signature grilled chicken. Plus, for a whole portion, it doesn’t burn too big a hole in your wallet.

Just like most Asian cuisines, portions here are made for sharing, so if you’re keen on trying more of the menu, come hungry!