Woon Woon Pek Beehoon could very possibly be crowned the mother of all White Beehoons. Situated at Changi Village Food Centre, it serves white vermicelli with a chock-full of fresh seafood ingredients, all at an affordable price.

Meticulously selected, the seafood catches such as crayfishes, flower crabs, la la and prawns are brought in fresh every day. Each serving comes with a generous portion of crispy pork lard, spring onions and cabbages. 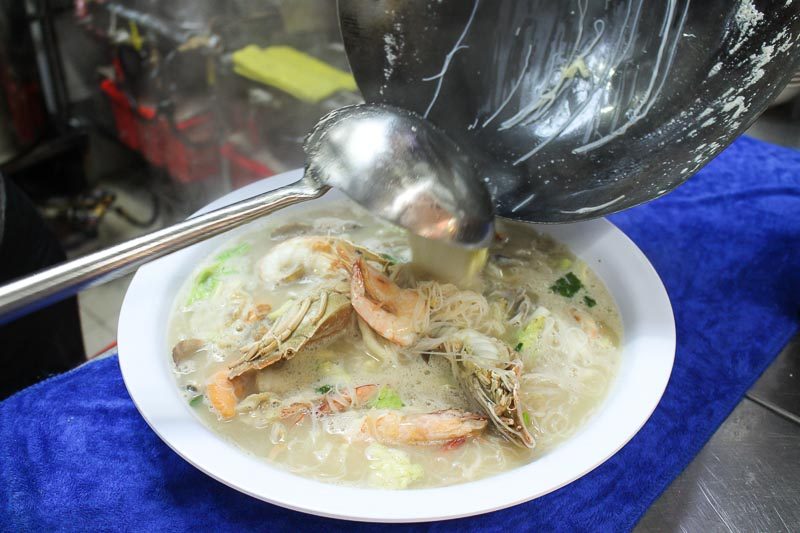 Together with the seafood, these are used to create a broth that has a hint of natural sweetness without having the need to add in MSG or any other additives, for that matter. To cater to varying appetites, customers can choose between small, medium or large — of course, we went for the large Seafood Platter ($30), with an additional topping of Scallops ($8).

Brimming with seafood at the top, the platter itself consists of crayfish, prawns, sliced fish and clams. And, buried underneath all that seafood amidst the flavourful broth is of course, the white beehoon. 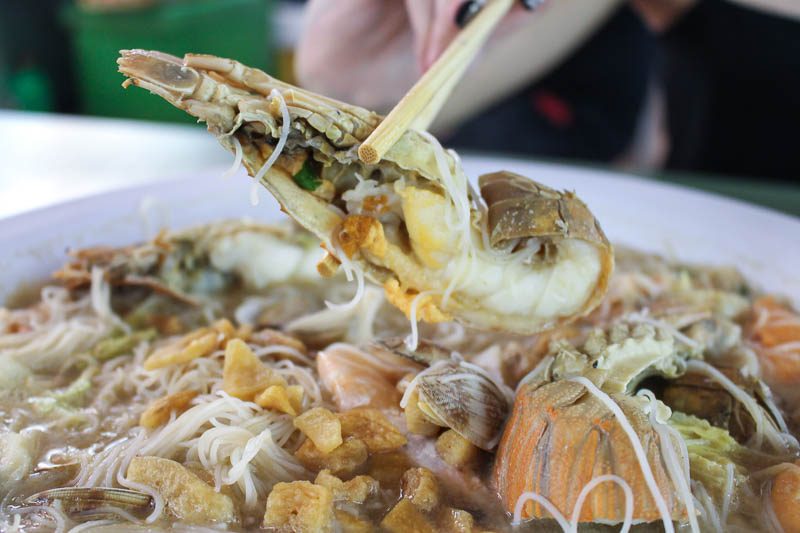 The crayfish we had was certainly fresh as the meat came off easily from the shell, it had a chewy tenderness and was especially delicious as it soaked up all the flavours from the broth. The clams scattered throughout the plate were a delight to have; we slurped up the savoury broth collected in the shells and made sure we left none unturned. The prawns didn’t disappoint either, as with the other crustaceans, they tasted fresh and were crunchy to the bite. While the prawns may not be the biggest, the meaty flesh was evidently sweet and packed full of juices. 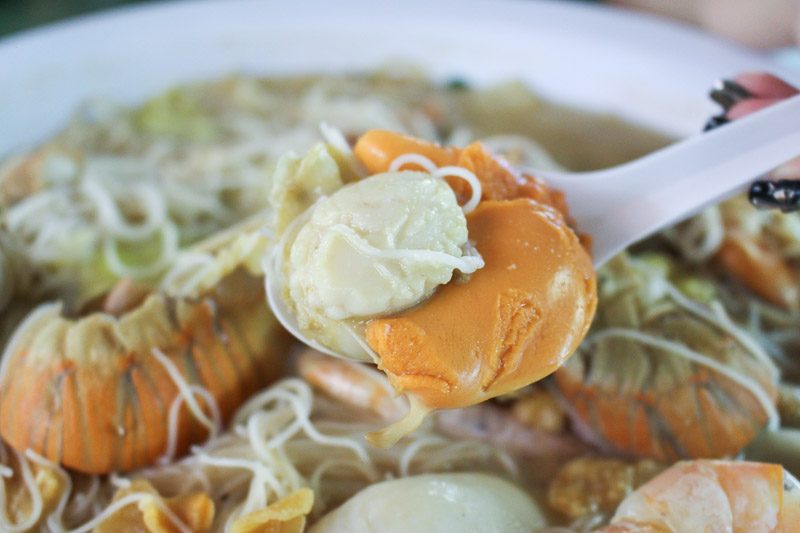 The scallops were probably my favourite part of the meal; not only were they sizeable, but they were also succulent with a distinctly springy texture. 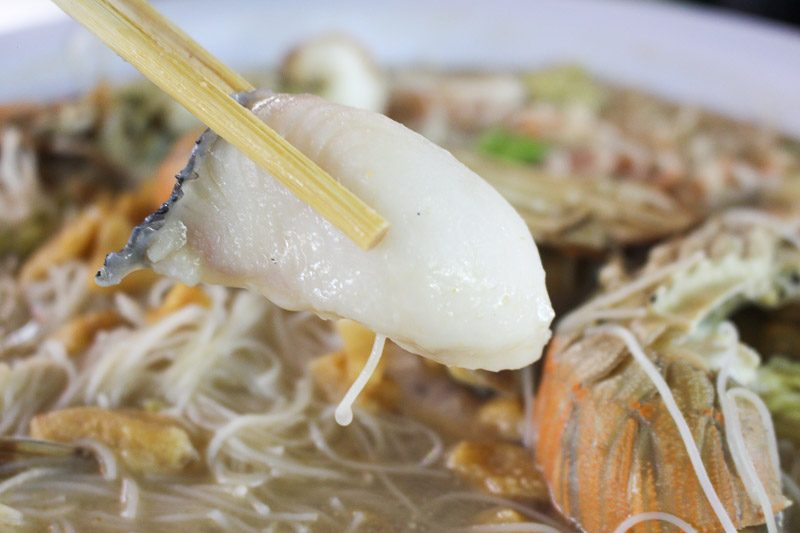 The fish slices were of a perfect cut and did not have a strong fishy taste, as most do. Taken together with the vegetables, this was just as good as having that sliced fish soup we all enjoy. 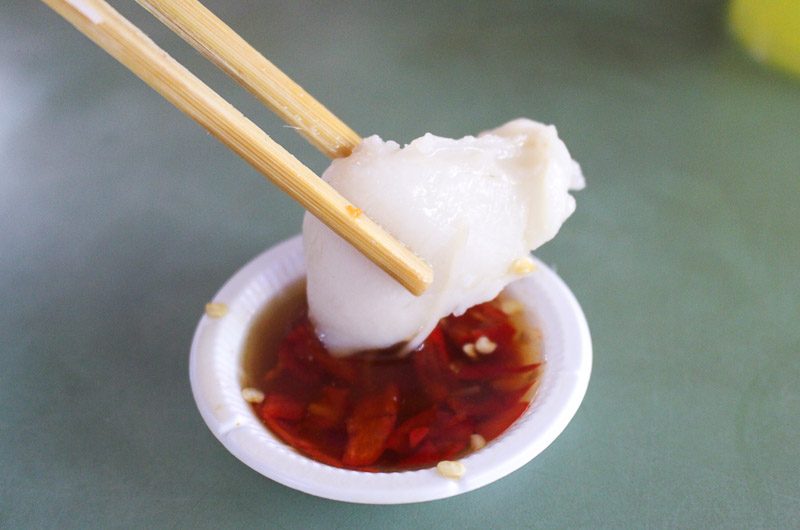 To add a bit more saltiness to the fish slices, dip them in the chilli padi which you can get over the counter. Personally, I can’t do without at least a small dose of chilli with my meals. 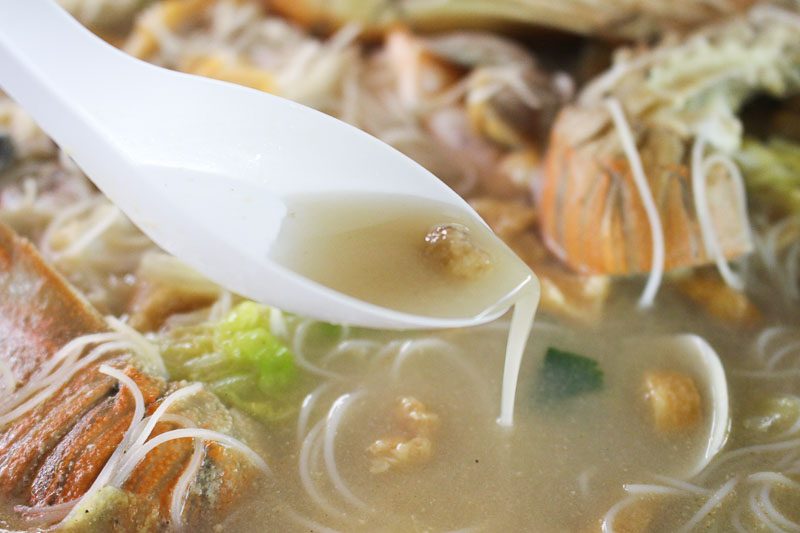 The broth is really the defining factor of every white beehoon dish — what I liked about this one was that it was particularly light, yet it managed to retain a flavourful taste, unlike most white beehoon that tends to have a rather thick soupy base.

The vegetables and fresh seafood sitting in the broth also contributed to the hint of natural sweetness it boasts, we slurped down the soup and felt the meal didn’t need any drinks to go along with it. Need I say more? This huge seafood platter is the perfect meal to have for a get-together. Good for three to four pax or even just shared between two for those with a big appetite, you can truly get your money’s worth with an assortment of seafood in a mouth-watering white beehoon.

I was willing to travel all the way to Changi from the West just to try their beehoon so that’s saying a lot.