When it comes to hawker food, we all have our favourites. Mine’s always been a hearty platter of dumplings, and it’s for that reason why I made my way down to the West, to see if Xin Peng La Mian Xiao Long Bao could wow me away with theirs. It’s literally in their name—Xin Peng La Mian Xiao Long Bao—so if I didn’t give their Shanghai Xiao Long Bao (S$4) a shot, would my visit even count? It definitely falls under the category of affordable hawker fare, especially since these steamed meat dumplings are significantly larger than the ones I’m used to seeing. 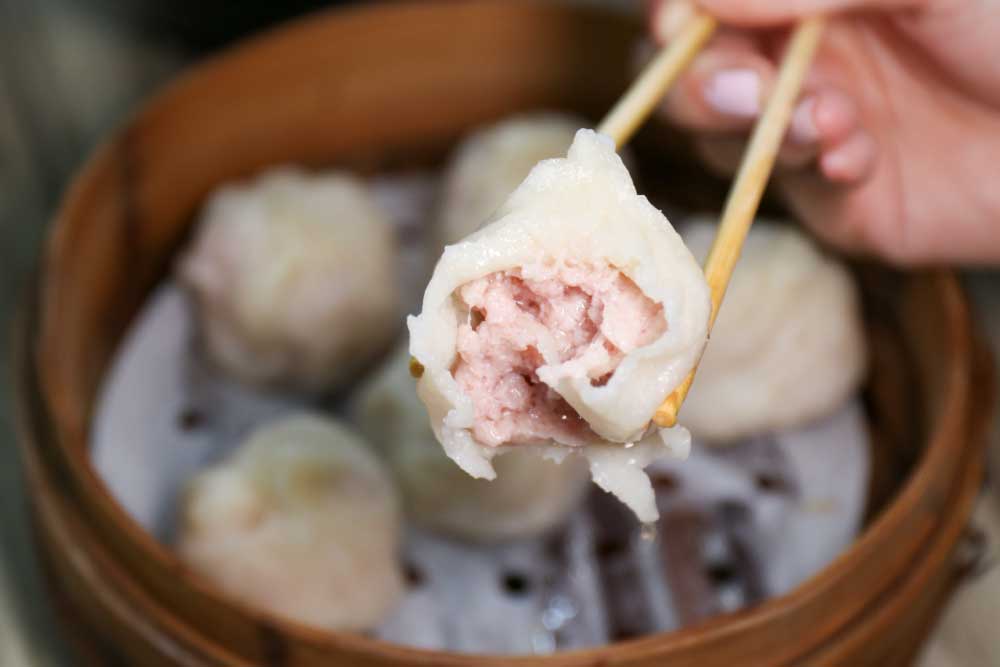 Right off the bat, it’s easy to tell that the portions here are perfect for those with big appetites. Despite only costing S$4, these dumplings are stuffed generously with minced meat and fragrant spring onions.

While tasty and flavourful, the xiao long bao skin lacked the chewy freshness that we all love. It felt pasty and disintegrated easily, leaving behind the impression that they had been frozen for a while and immediately steamed without thawing. I would’ve loved for more soup in each dumpling, but it’s a good contender, nonetheless, based on affordability alone. Xin Peng La Mian Xiao Long Bao also serves a variety of la mian, and it’s obvious that they’ve truly mastered the technique of hand-pulling their noodles. I went for a simple and popular combination—Fried Bean Sauce La Mian (S$4), or zha jiang mian, as most of us know it. One thing I love about la mian is that every mouthful always boasts of a welcome springiness, and the folks here at Xin Peng La Mian Xiao Long Bao did not disappoint. Their heaping portions are consistent across all their menu offerings though the fried bean sauce felt underwhelmingly unseasoned. I would’ve preferred something more robust that packed a solid punch, but this was unfortunately lacklustre. The Five Spices Beef La Mian Soup (S$4.50) was up for scrutiny next. Like everything else on the menu, this portion was so big I could’ve comfortably shared this with someone else and still have leftovers. If you’re looking for a comforting bowl of soup noodles as a respite from all the gloomy weather we’ve been having lately, this one’s the one to get. My gripe for the la mian at Xin Peng La Mian Xiao Long Bao is mostly at how the flavours didn’t shine through as much as one would expect out of Chinese cuisine. The beef slices, while tender and thickly cut, would’ve been more memorable if they’d been more heavy-handed with the spices. It’s still got that simplicity and home-cooked quality to it and is 100% guaranteed to fill you right up. Since young, I’ve always had an affinity for pan-fried dumplings, and it goes without saying that guo tie would make their way into my review somehow. The Shandong Fried Dumplings (S$5/S$8) were no less meaty and fulfilling than their steamed xiao long bao brothers, though the fact that they had been completely fried all the way through left me a little hesitant. 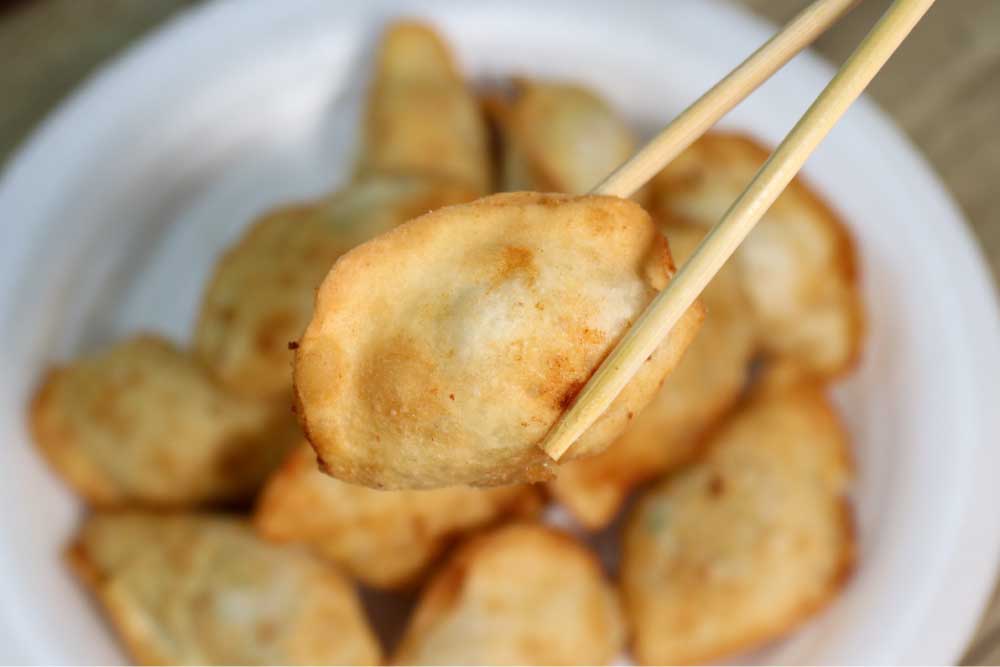 I’ve always loved the textural contrast between soft dumpling skin and a golden-brown pan-fried side, though the ones here are completely fried. It resulted in a loud crunch, and while tasty, didn’t quite fit into the expectations one would have for a plate piled high with guo tie. 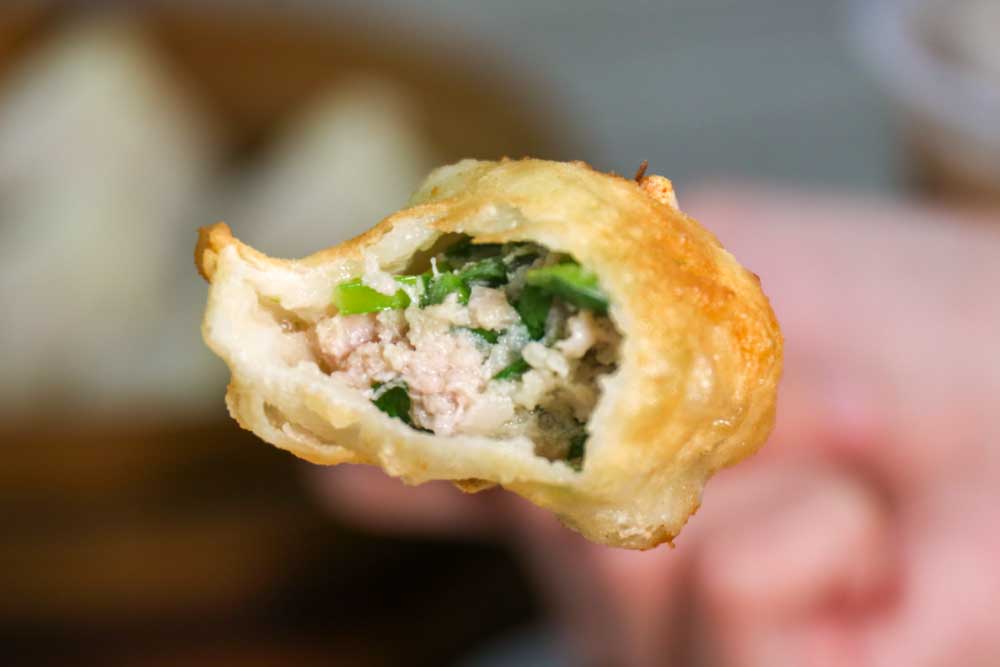 While it didn’t exactly remind me of the ones I grew up eating, I found myself reaching for it throughout my meal—the savoury bite envelops your mouth within seconds, and a quick dunk in vinegar will give you that drool-worthy combination of piquant and meaty flavours. It’s won my best-for-last seal of approval, and is worthy of giving a shot if you’re as obsessed as I am with eating guo tie as often as humanly possible. If you’ve got a bottomless stomach and want a filling lunch, Xin Peng La Mian Xiao Long Bao will not fail you. It’s pretty remarkable how generous they are with portions and ingredients without breaking your bank. While I wouldn’t say that they’ve managed to encapsulate the authentic flavours of China, it’s worth popping by if you’re in the mood for a hearty bowl of noodles and dumplings to share.