The recent saga over this passive aggressive exchange between Yolé and llaollao left us all with so many questions about what exactly was going on. 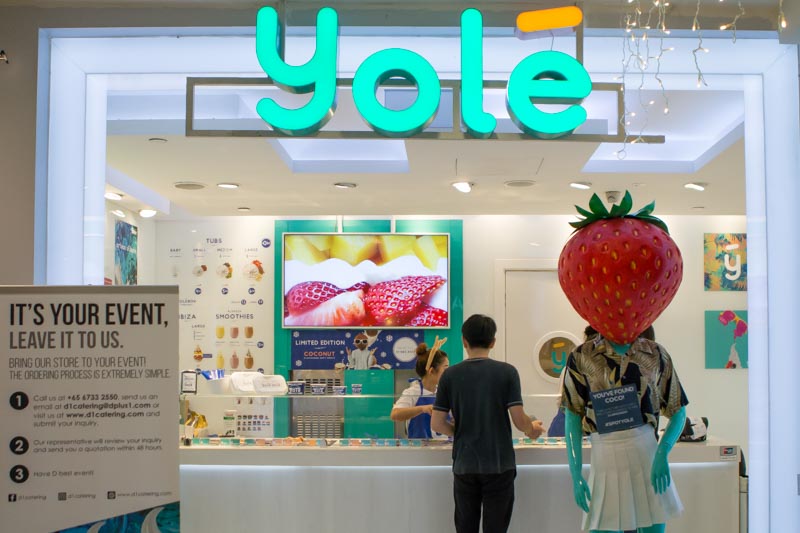 First, our favourite froyo chain started disappearing. Then, it was replaced with something that looks almost like an exact replica (with a slightly different colour scheme, perhaps).

All I wanted was just my usual, reliable cup of frozen yogurt…

In light of everything, we took it upon ourselves to put together some pressing questions for the Yolé team, hoping that this might clear up some of our confusion. Here is how the email interview went:

What led to the rebranding?

D+1 (international holding company) feels that the llaollao menu is exhausted after 3 years and Yolé will provide a much wider menu with a larger variety of products, emphasising on innovation and quality.

Some people have commented that the taste of Yolé’s yogurt is similar to llaollao’s. What is different about Yolé in comparison with the old llaollao?

Is Yolé a homegrown brand?

How will Yolé compete with llaollao given that llaollao wants to return to the Singapore market in the near future?

Yolé has the components to be a distinguishable market leader with innovation centres in Italy and Spain (artisan experts of the ice cream industry, and pioneers in technology and research). Thus, Yolé is able to bring an innovative menu and the latest products to the market.

What is one common misconception about Yolé that people have that you want to clear up?

One common misconception about Yolé is its origins. D+1 would like to reinforce that Yolé originated from Spain.

If there’s one thing you could say to llaollao, what would it be?

I’ll admit, I was expecting a more explosive response to the last question.

Oh well, at least we now know that Yolé is from Spain and we’re going to be getting a greater variety of products from this new froyo company. The more froyo, the merrier! 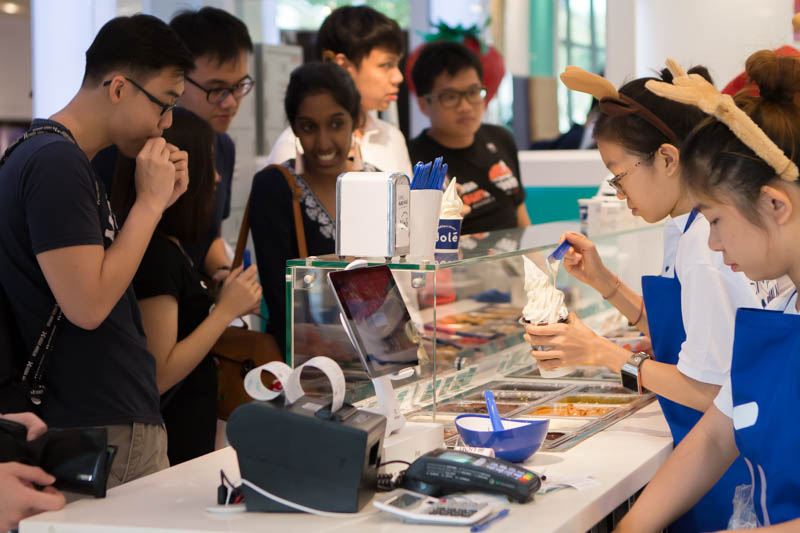 I guess the next question on everyone’s mind is: how does Yolé fare against the old llaollao? I headed to one of Yolé’s outlets at Plaza Singapura to try out the frozen yogurt for myself.

Having been part of the llaollao crew in the past, I was hoping that this latest addition to the froyo scene in Singapore would be something of a game changer. Whether it’s in terms of the product offerings, taste profile or even the concept, something had to be different, right? Much to my horror, the similarities between Yolé and llaollao were one too many. 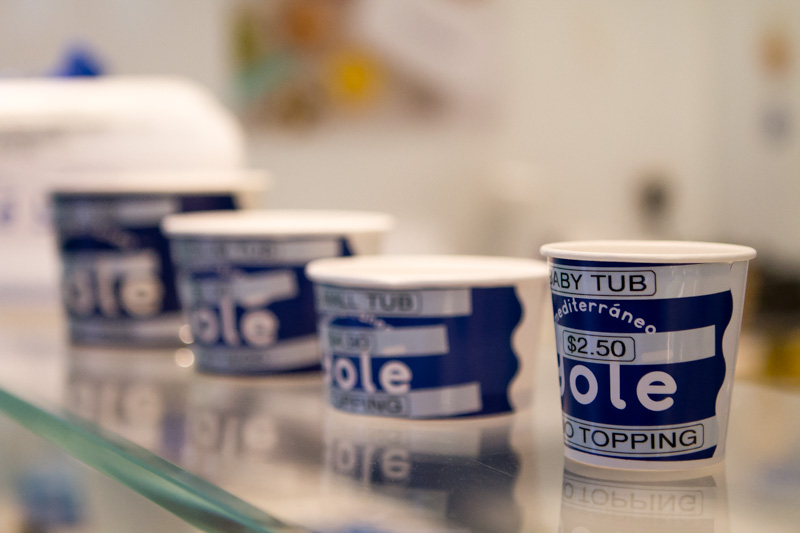 The interior was pretty much identical to llaollao’s if not for the Yolé signs and the now-navy colour scheme. 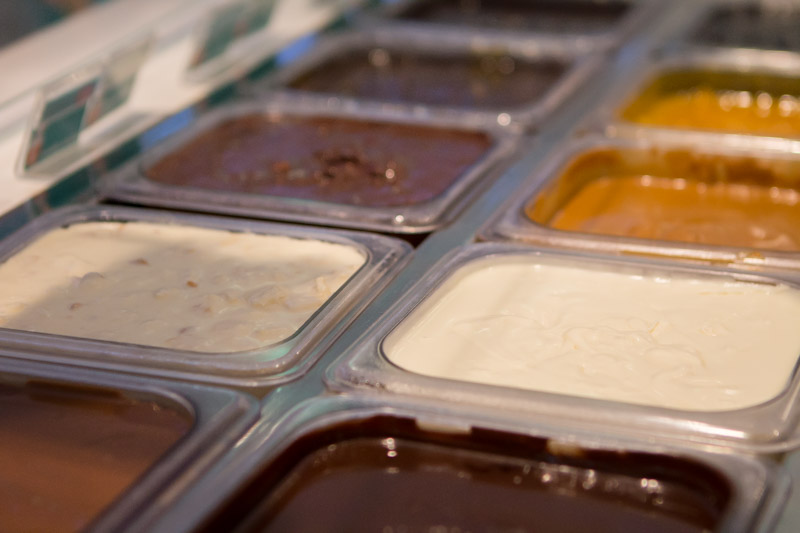 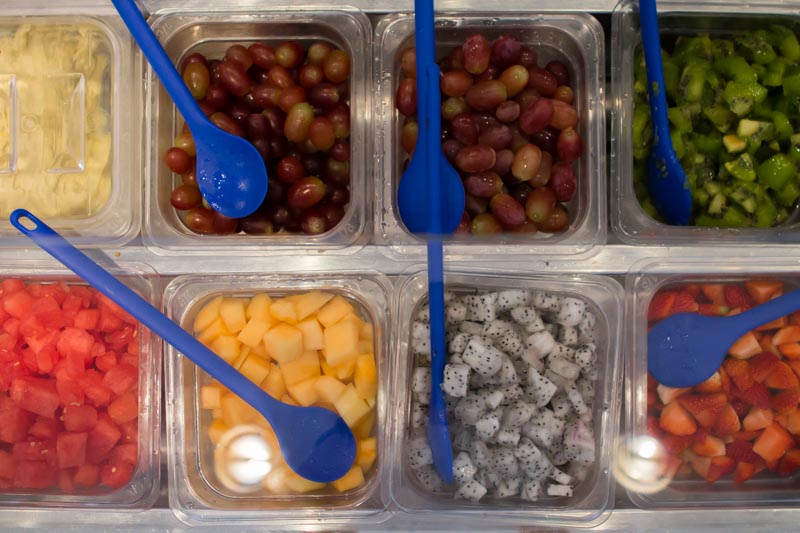 The toppings (like crunches), fruits and sauces on display did not seem any different from its predecessor, except for a couple of new additions. Even the designs of the spoons were the same.

Copy and paste what works, maybe? But hey, I wasn’t going to judge until I tasted Yolé’s version of frozen yogurt. 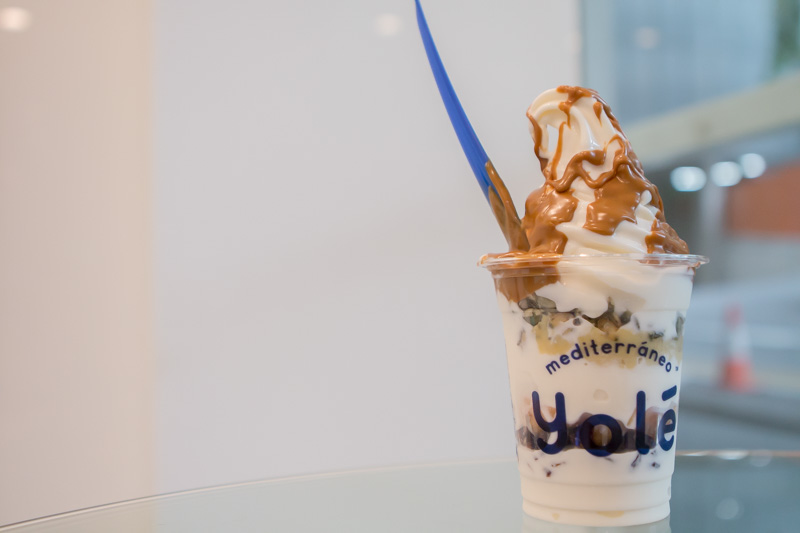 The Large Ibiza ($6.95) comes with two fruits, two crunches and one sauce. I had mine in the original flavour with melons, durian, dehydrated cranberries, pumpkin seeds and cookie sauce. That’s right, durian is now available as a topping. 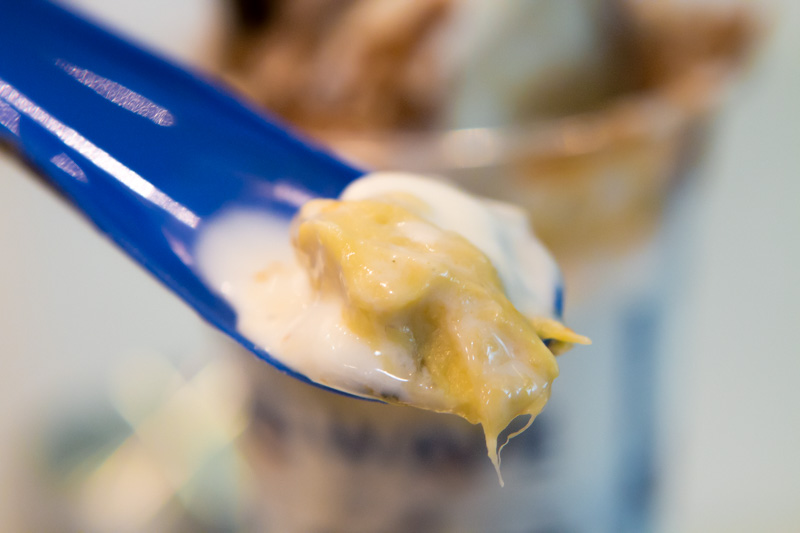 While I was definitely excited to see my favourite fruit, durian, being added to the long list of toppings at Yolé, I’m not quite sure that the flavour combination with frozen yogurt works.

I was constantly alternating between refreshing mouthfuls of tart, icy goodness and the pungent flavour of durian. The durian unfortunately overpowered the yogurt and everything else that went with it.

Not very ideal as a topping if you’re stealing the show altogether!

I also overheard customers commenting on how the yogurt tastes just like llaollao’s. I’m not going to deny that but how different can yogurt actually taste? Natural yogurt is natural yogurt. 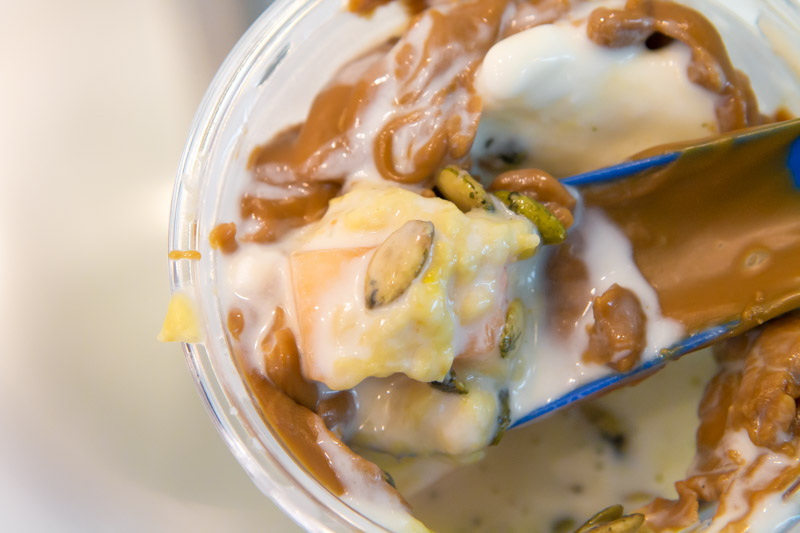 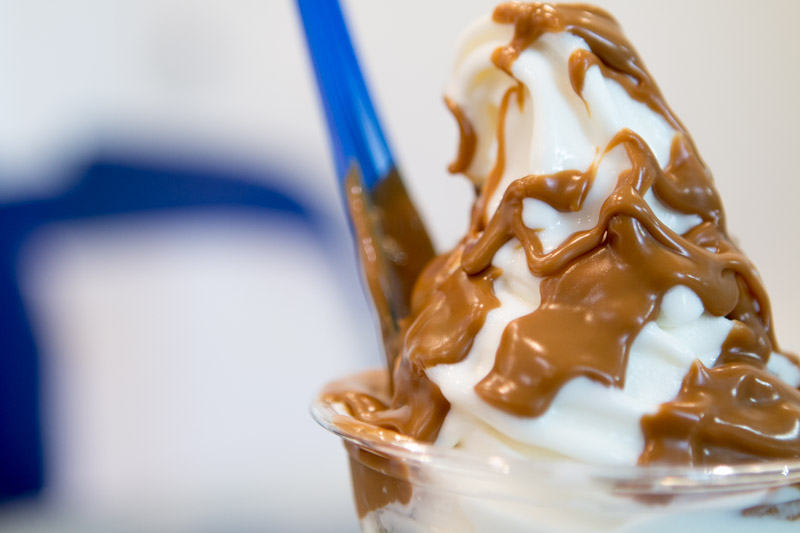 I wanted so much to love this cup of froyo but it wasn’t meant to be. The only saving grace for me was the cookie sauce; there’s nothing a little Speculaas can’t salvage. 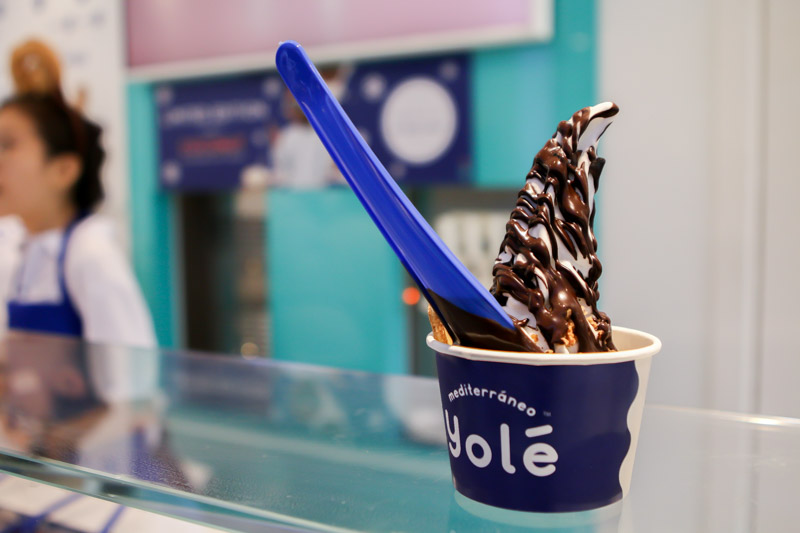 I also managed to have a go at their seasonal coconut flavour in a Medium Tub ($5.90). I went for cream wafers, Chips Ahoy! and dark chocolate sauce for toppings.

Now this, Yolé has done right. The froyo brand has successfully captured the essence of coconuts and transformed it into a tub of frozen yogurt.

I loved the mild, invigorating sweetness that was accompanied by a subtle, savoury aftertaste. The cream wafers also proved to be quite the stunner taste-wise but it had completely lost its crispiness. I suspect it might have been left out in the open toppings box for a tad too long.

Everything else about this combination though was delightful. 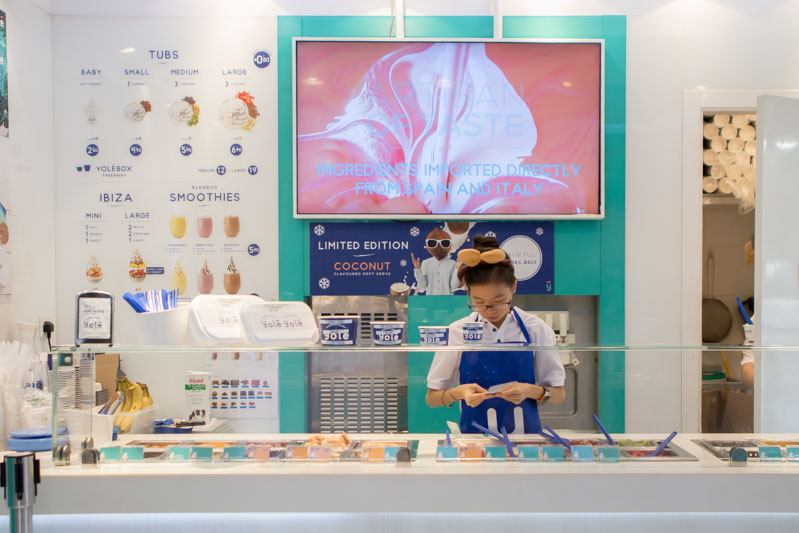 If I had to give my honest opinion, Yolé did well but it wasn’t enough to knock my socks off. Kudos to them for being innovative and daring to try out unconventional flavours but they have a lot of catching up to do when it comes to quality as well as synergising yogurt flavours with toppings.

I would say to give Yolé a chance to showcase what they’ve got to offer. I mean, what else do we really have to lose as we await the return of llaollao?

An avid traveller who loves puppies 🙂