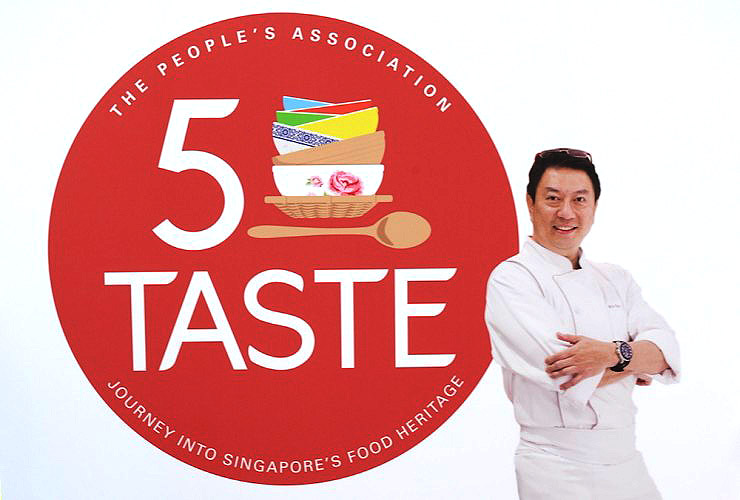 A total of 200 men faced off with one another at a cooking competition held on Saturday, 9 May 2015. Yes, you read that right, MEN. It was an all-male cooking event held to celebrate the then upcoming Mothers’ Day. 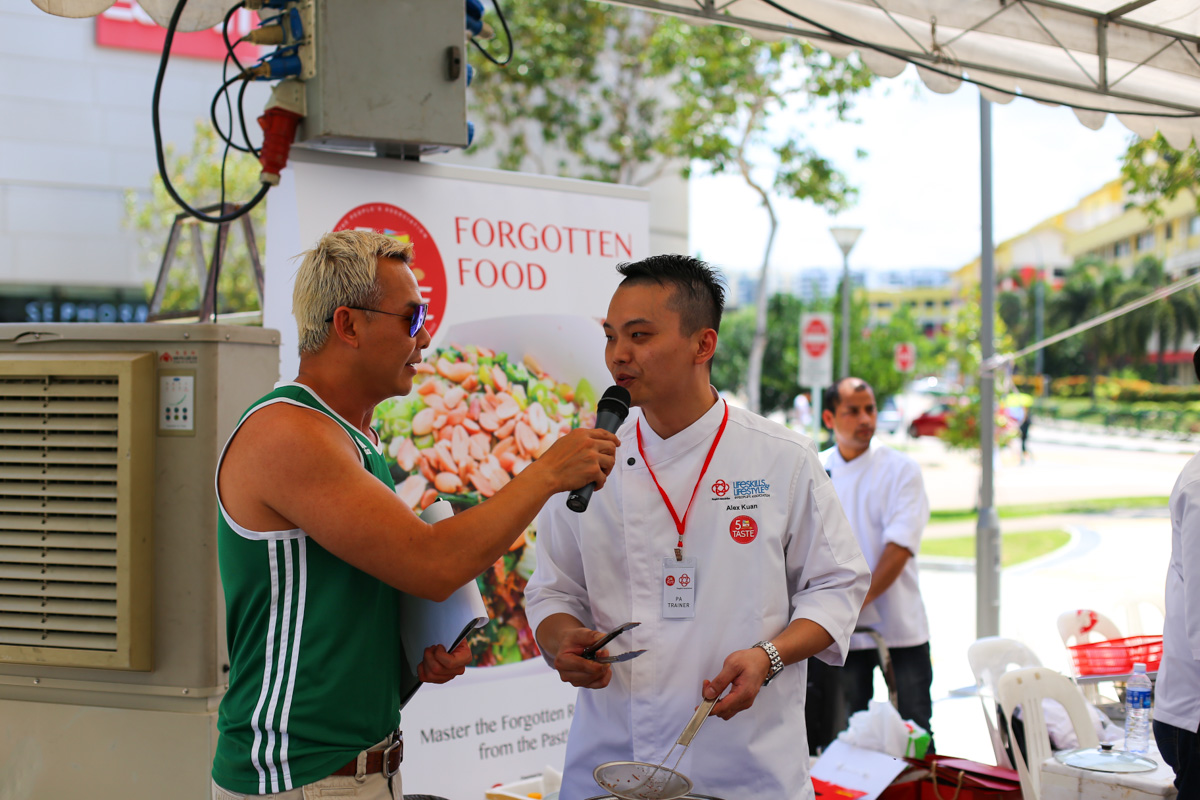 Organised by the People’s Association (PA), the competition marked the launch of “50.Taste”, a year-long campaign part of the SG50 celebrations project, which aims to bring together more than 10,000 people from diverse backgrounds to bond and celebrate 50 years of Singapore.

The 50.Taste workshops throughout the year will reintroduce Singaporeans to nostalgic memories of local multicultural dishes from the past, instructed by certified PA chefs. 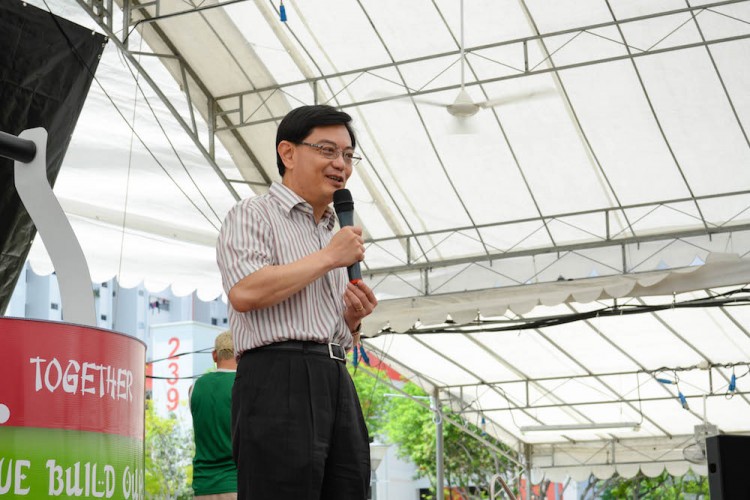 Gracing the event was Mr Heng Swee Keat, Minister for Education and Adviser to the Tampines Grassroots Organisations (GROs) who said, “Singaporeans love food, and bringing people together to savour our diverse range of food is a great way to celebrate our rich multi-cultural heritage.” 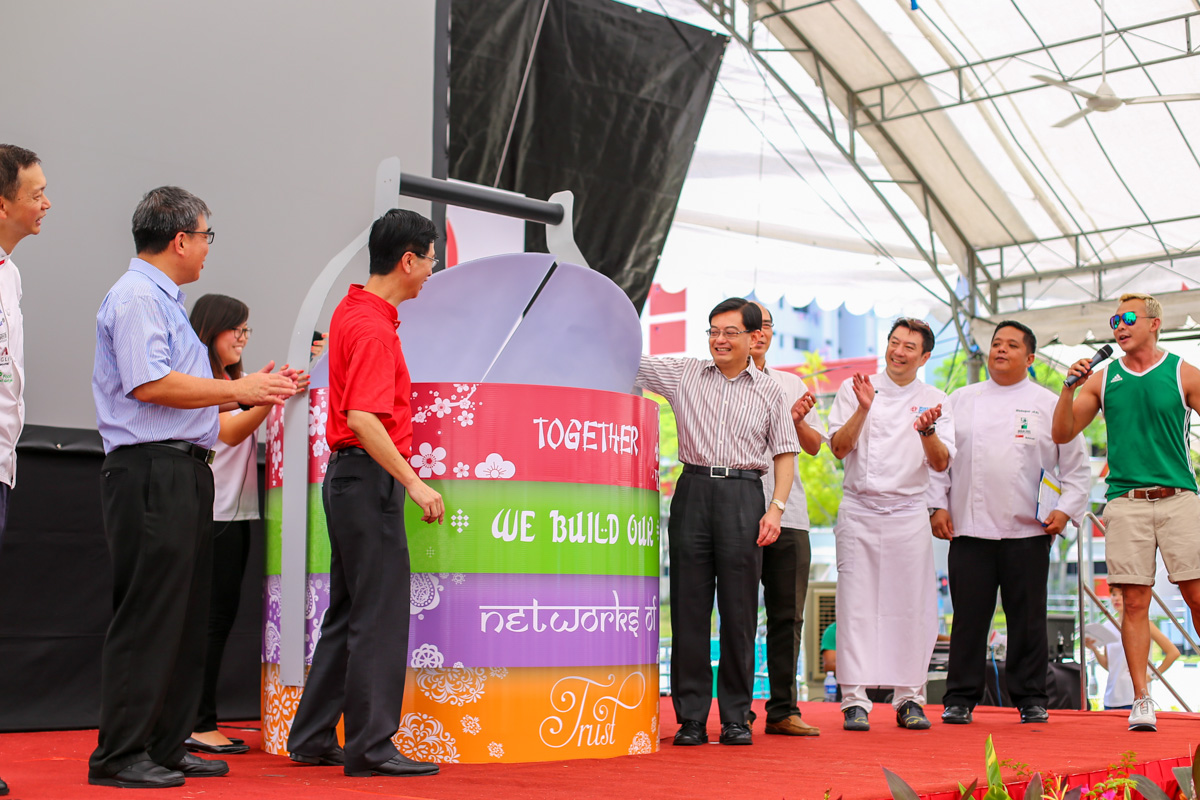 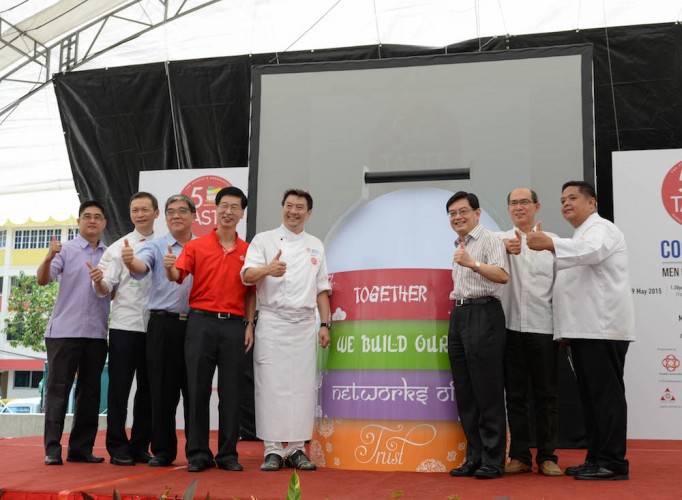 Made of four layers, the multi-cultural Tingkat designed for the 50.Taste campaign represents the four major ethnicities in Singapore. The metal frame holding the layers together symbolises the Singapore Spirit of the races. 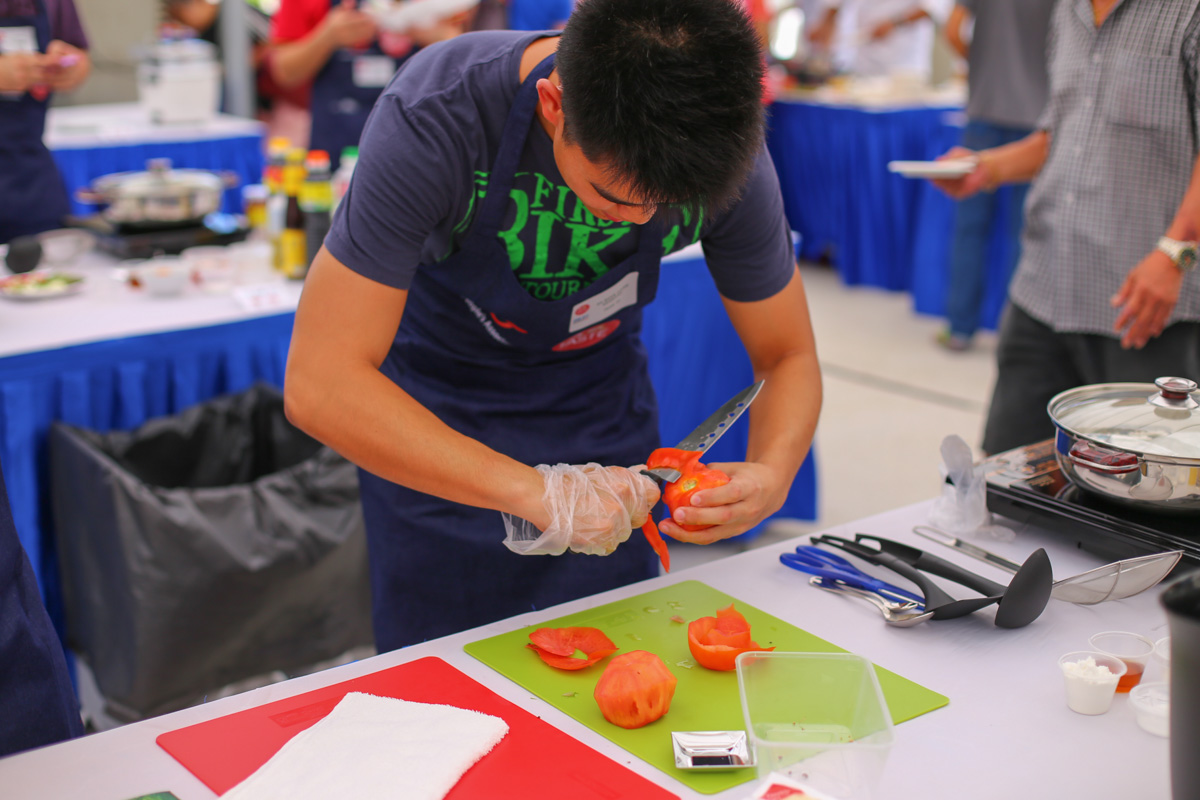 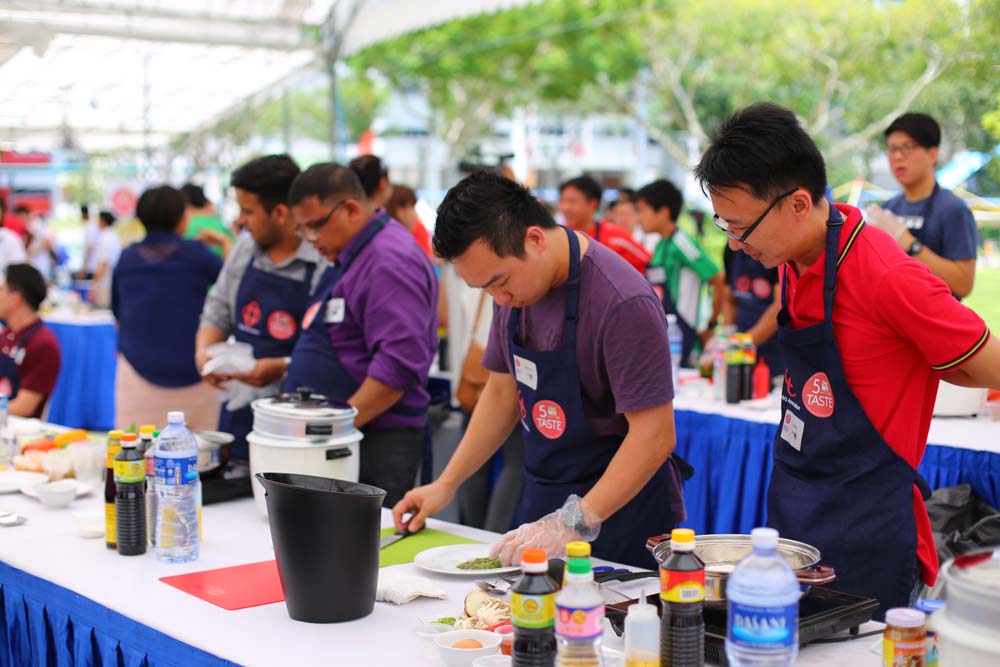 The competition kicked off at 1.30pm. With the choice to pick one of two main ingredients – prawn or chicken, the participant pairs had to come up with one main dish in an hour, also using the condiments and seasonings provided.

Participants also had to adhere to the theme of “Secret Recipes” in creating their dishes. 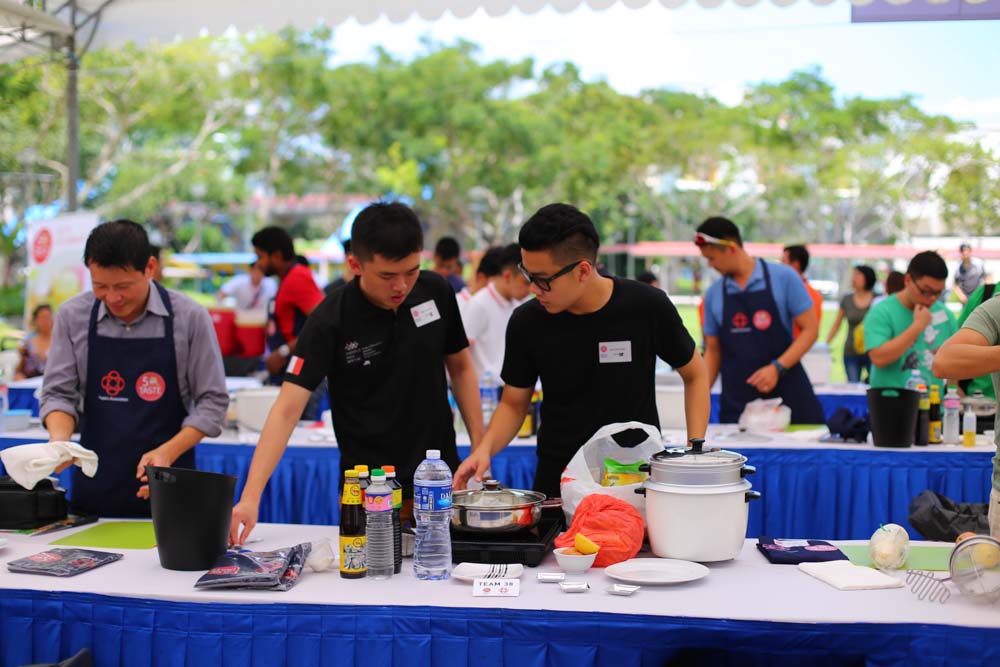 If you haven’t guessed from the name of the event, each team consisted of two males of varying ages. Teenagers, young adults and the elderly were all gathered in a single location cooking diligently.

As the cook-off progressed, booths set up by chefs and PA trainers around the competition venue were cooking up various dishes such as Panseared Chicken in Honey Makani Tomato Glaze, Vegetable Ball in Traditional Flavour, Laksa Pasta, etc. for sampling, as part of promoting 50.Taste’s cooking courses and workshops. 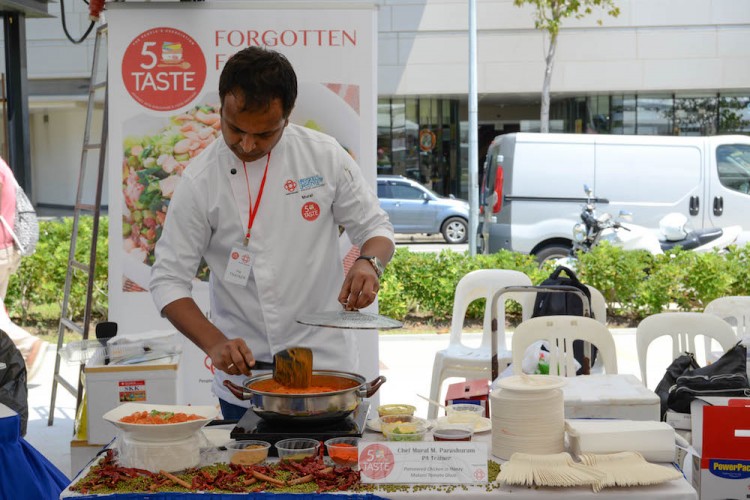 Together with “Secret Recipes”, the sampling dishes revolved around four other themes: Food Evolution, Forgotten Food, Let’s Celebrate and Local Delights; all five categories present in the courses and workshops that will be offered by PA as part of the campaign. 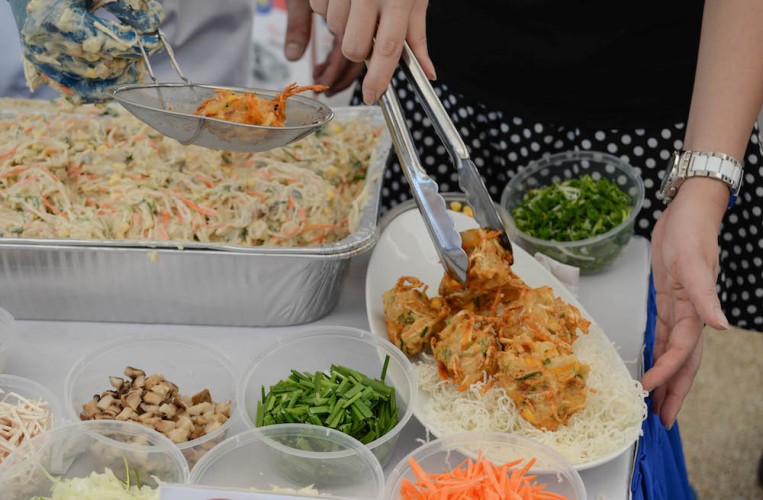 The PA chefs effortlessly whipped up the samples on the spot, fresh and hot. The booths, combined with the participants’ cook-off, soon produced a potpourri of smells wafting through the air. 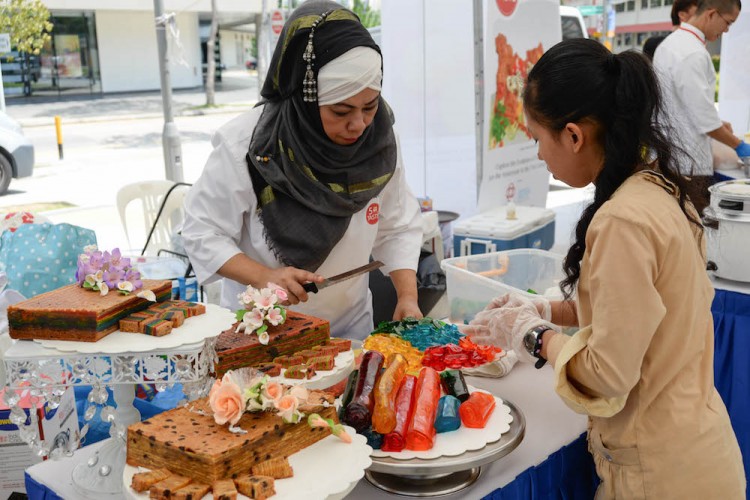 The competition soon approached the 60-minute mark. Teams began concluding their dishes. A variety of plating styles were observed – some simple on the plates but others stacked or decorated with all sorts of garnish. 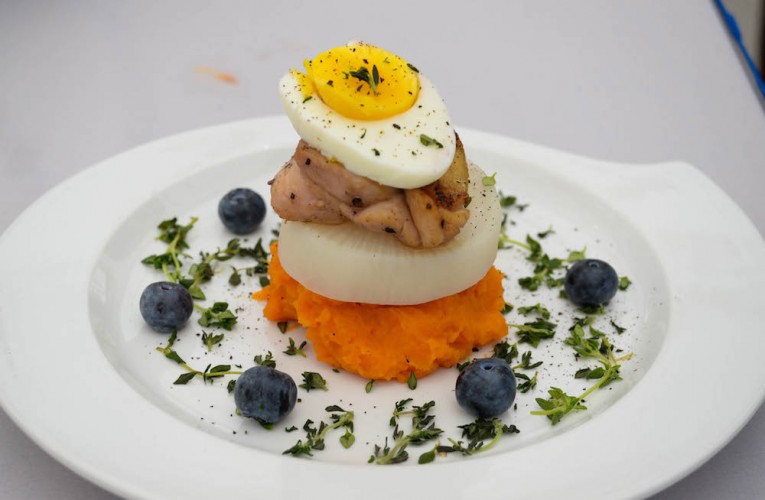 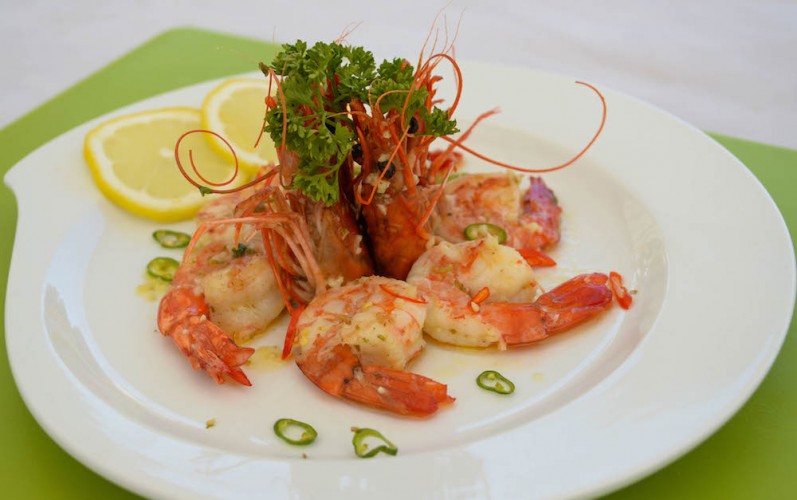 The chefs effortlessly whip up the samples on the spot, fresh and hot. The booths, combined with the participants’ cook-off, soon produced a potpourri of smells wafting through the air. 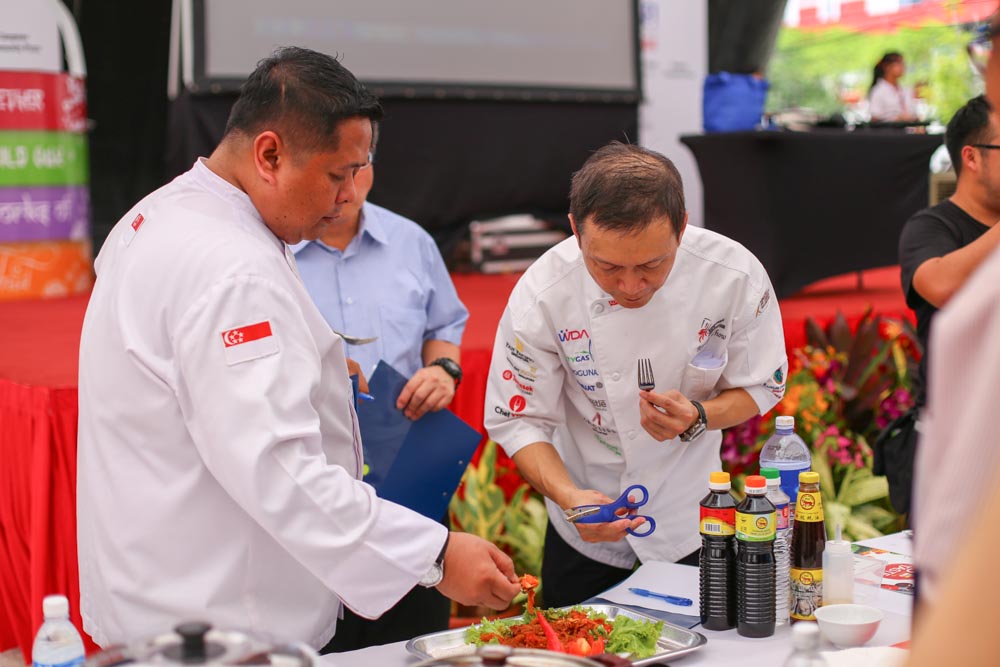 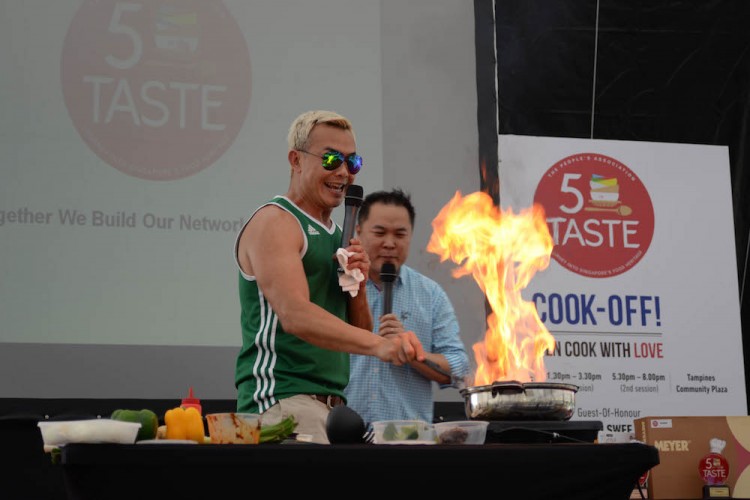 As they went around doing so, Celebrity Host Bryan Wong entertained by making a dish of his own – Sambal Belachan with eggs, which he dedicated to his own mother for Mother’s Day. 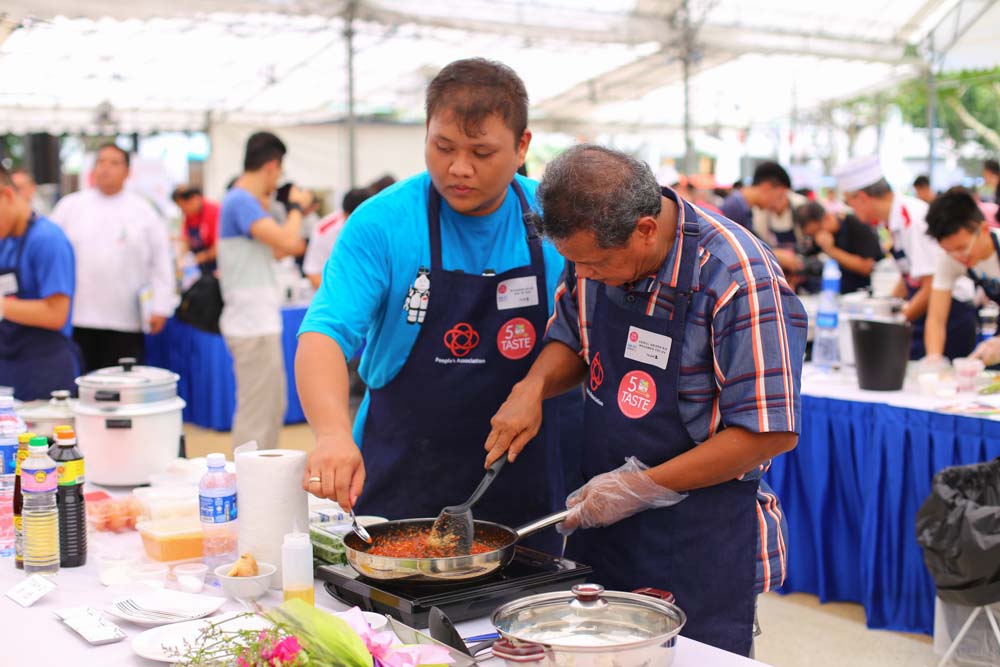 After having tasted 50 dishes and some discussion, judges concluded with Team two as the top of the first session. Comprising of Muhamad Aslam Bin Ab Hadi and Zainul Abiden Bin Mohamed Salleh, the pair made a Chicken Rendang, Potato Croquette with Peanut Satay Sauce, and a side of Mango Salsa.

Judge Randy Chow described it as a well thought out recipe which flavours came together, citing it as the reason the team was chosen as the winner. 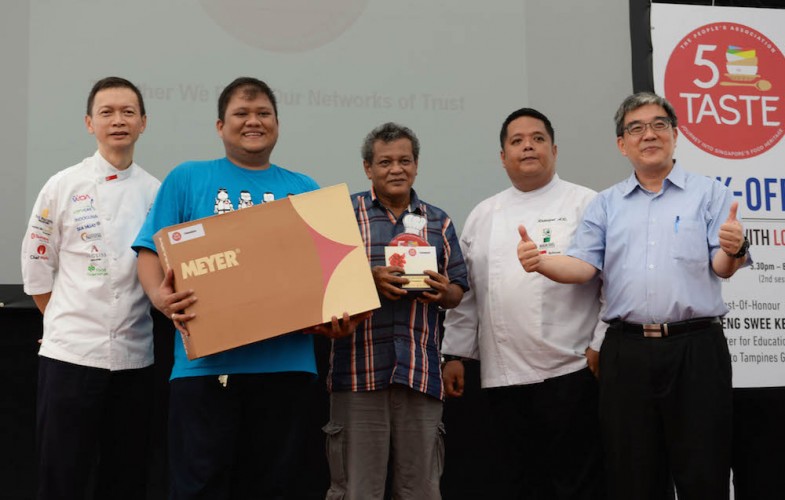 Overall, the winners for both sessions:

The PA Lifeskills and Lifestyle Division (2LD), in collaboration with the Panel of Activists for Community Engagement (PACE) have organised a series of 50.Taste cooking courses and workshops surrounding the five themes (Food Evolution, Forgotten Food, Let’s Celebrate, Local Delights and Secret Recipes) present during the launch.

Until 31 March 2016, there will be over 250 classes to reach out to more than 10,000 participants. Whether you are a budding chef or just want to pick up more recipes, the courses would be a great hands-on learning opportunity for all.

In the good hands of PA Trainers Irene Yip, Ivy Tan and Teo Peck Leng, as well as Celebrity Chef Eric Teo and established chefs Lee Teck Chuan and Pung Lu Tin, you may be able to master recipes in no time at all.