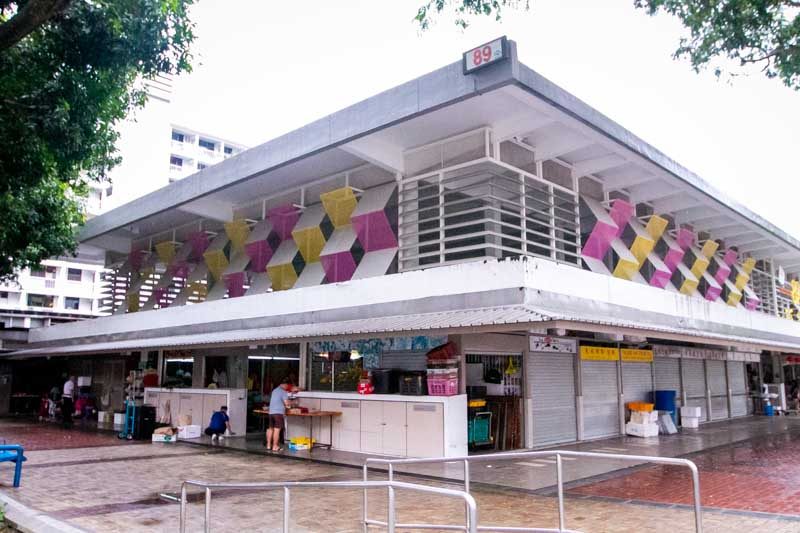 In our sunny island home, there’s no shortage of good food and even greater hidden delicacies. Just a stone’s throw away from MacPherson MRT sits MacPherson Market & Food Centre. There’s bound to be duplicates, and with that comes their supporting camps.

I’ve heard a ton of good reports about this place, and I couldn’t wait to try it out for myself. More specifically, a basic breakfast favourite has been the talk of the town, namely carrot cake.

Carrot cake in our local context is not something topped with whipped cream nor stored in the refrigerator. More affectionately known as chai tow kway, it’s actually fried radish cubes with Teochew origins. I was surprised that 89 Carrot Cake had been under the radar for quite some time, although according to a few sources, Uncle Zhang is known to sell out by 10am! 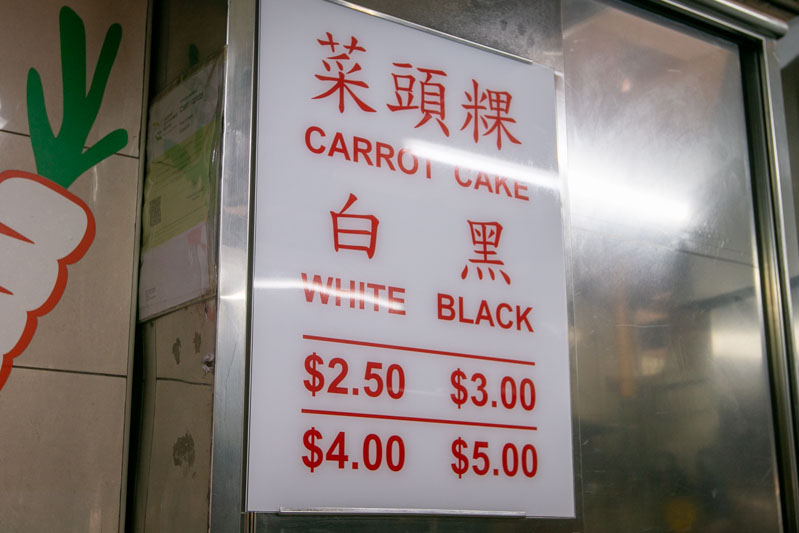 Dating back to 1965, Uncle Zhang is one of the forerunners of hawker culture. 89 Carrot Cake has been faithfully serving top quality, yet affordable carrot cake since then. 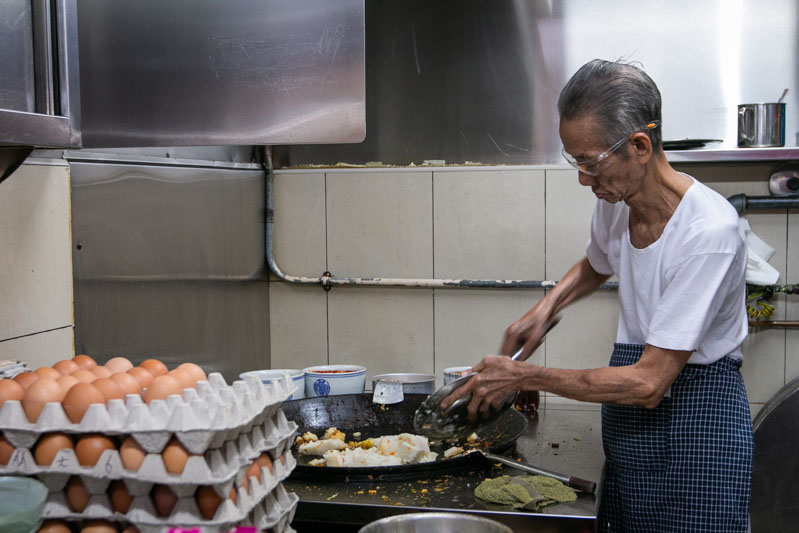 According to Uncle Zhang, the queues start the moment his wok is heated up. If you pay close attention, you’ll realise that Uncle Zhang tends to take a pause to swap spatulas; I’m certain it’s that technique which makes his chai tow kway so mouth-watering! 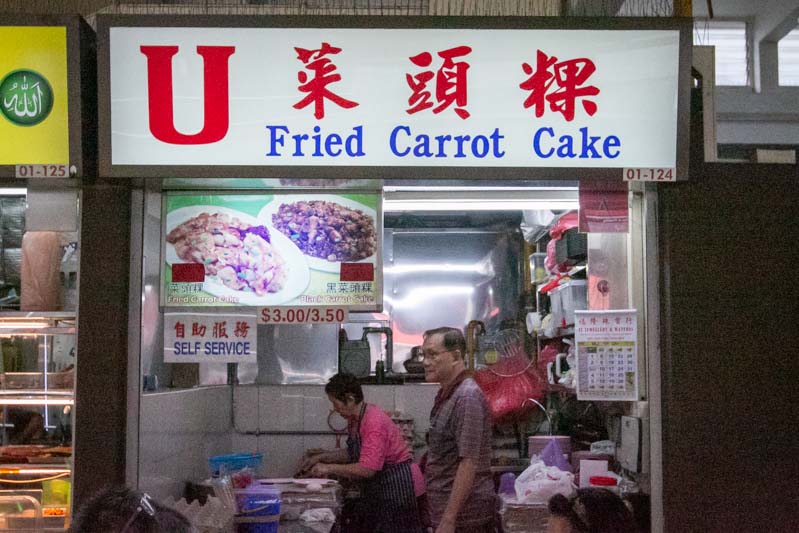 On the other hand, U Fried Carrot Cake, run by Uncle Huang and his younger sister, have their own pool of supporters who frequent them over the former sell-out stall. In fact, their family is invested in the hawker business. Two other siblings also have their own stalls around the area. Out of curiosity, I asked Uncle Huang what the letter ‘U’ means in his stall name. He directed the question to his younger sister, who joyfully answered, “In the past, the stalls were numbered off alphabetically, (and they) just happened to get (the letter) ‘U’.” 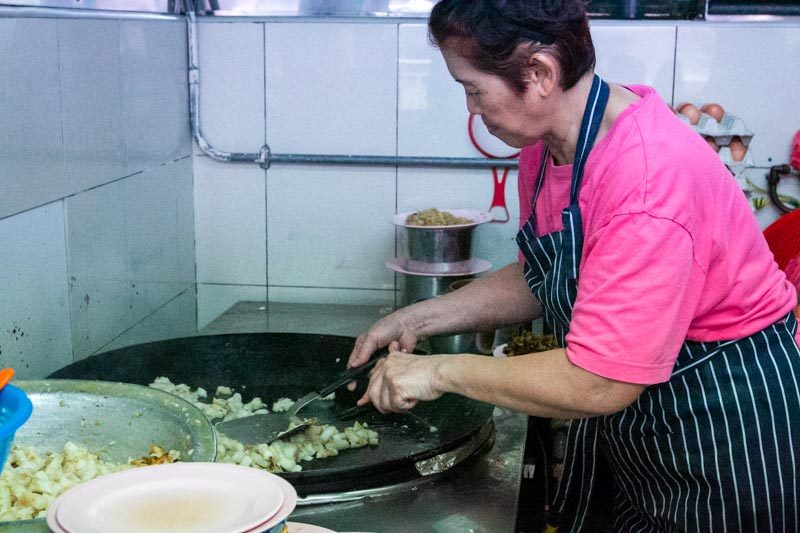 With time, stalls were given unit numbers, but the sibling duo retained the letter for their stall name. “It’s elegant in Chinese — 优雅 (you ya) — and we want to keep that elegant factor,” Auntie Huang added.

For a fair comparison of what each stall offers, we ordered an off-menu item, Yuan Yang, along with chilli. 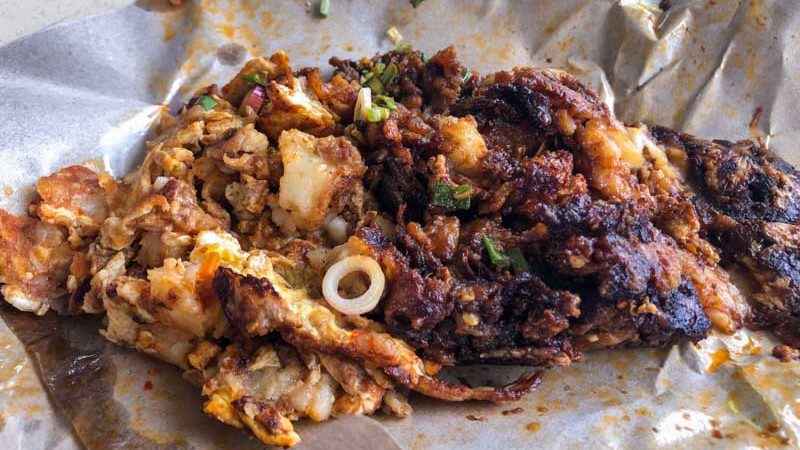 The serving from 89 Carrot Cake (S$5) was slightly messy, but there’s a clear distinction between the black and white version, albeit smothered in chilli. 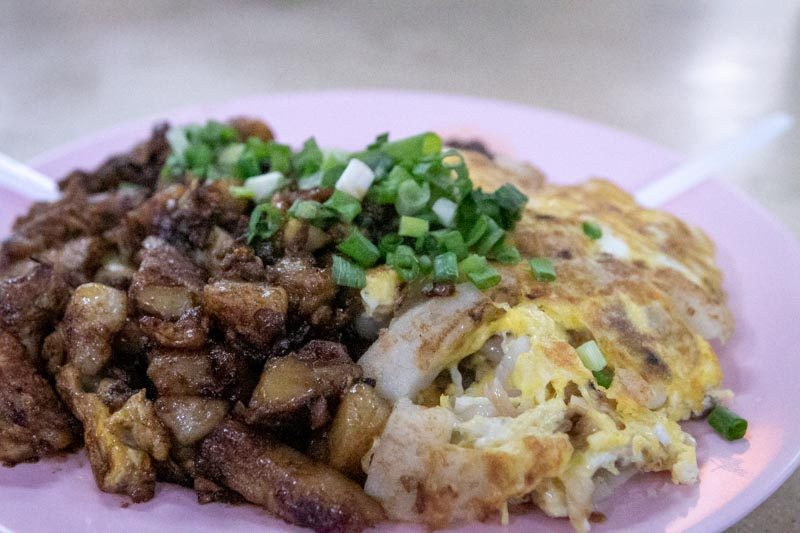 Meanwhile, the plate from U Fried Carrot Cake (S$4) however, was presented in two clear halves, garnished with scallions, and the chilli was given as a side.

As a child, my favourite version of carrot cake was the black one. Soaked in sweet, dark soy sauce, fried together in the wok with eggs was my perfect childhood breakfast! 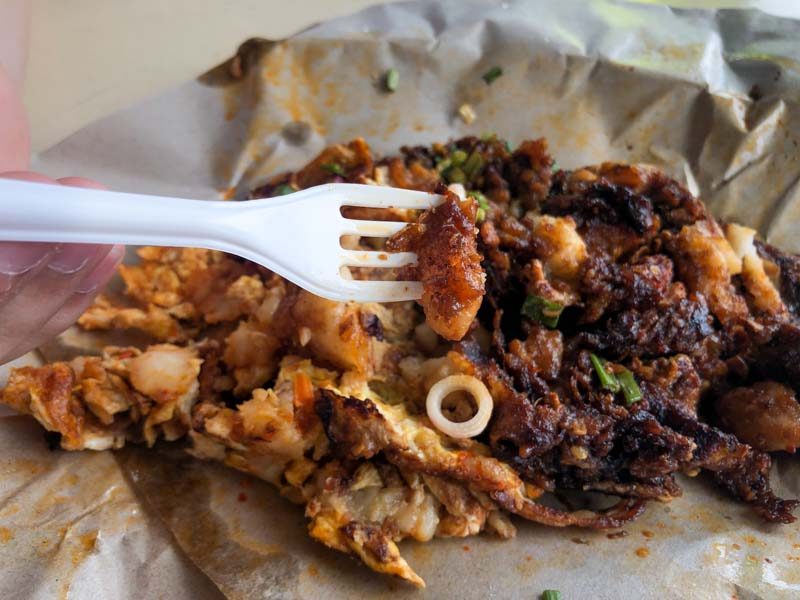 At 89 Carrot Cake, Uncle Zhang took a handmade slab of radish cake and tossed it into the wok. He then chopped it up with spatulas in each hand, which created differently-sized chunks. 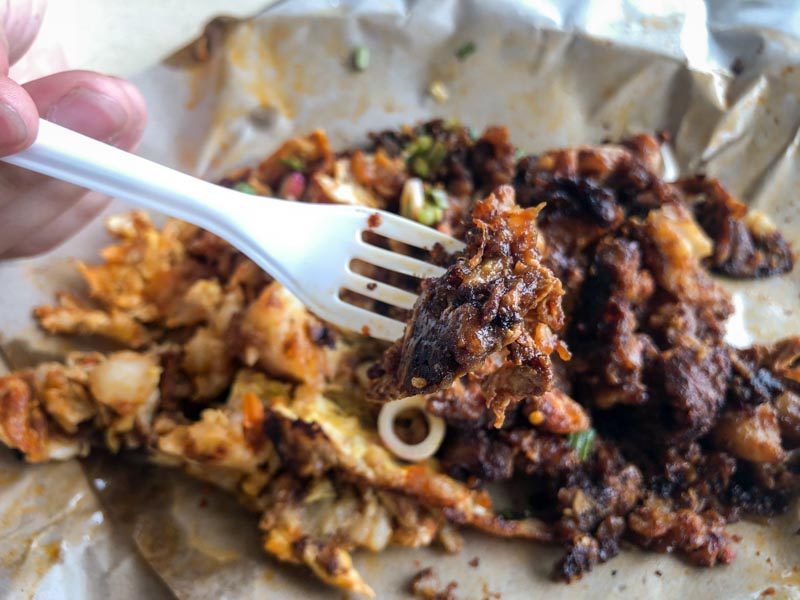 Thankfully, I could still pick up the sweetness in their black version, despite being covered in chilli. The chunks were fried thoroughly with a generous portion of a beaten egg; they had a crispy layer and a chewy layer, accompanied by the soft radish cake. On the other hand, at U Fried Carrot Cake, their radish cubes were uniformly cut, giving a neater presentation. The black version was evenly covered in dark soy sauce, and it had just enough fried eggs in the mix.

Of course, over the years, my taste buds gradually opened up to enjoying the white version of carrot cake. Being the basic version, it’s telling of the quality of the radish cake and apportionment of eggs. 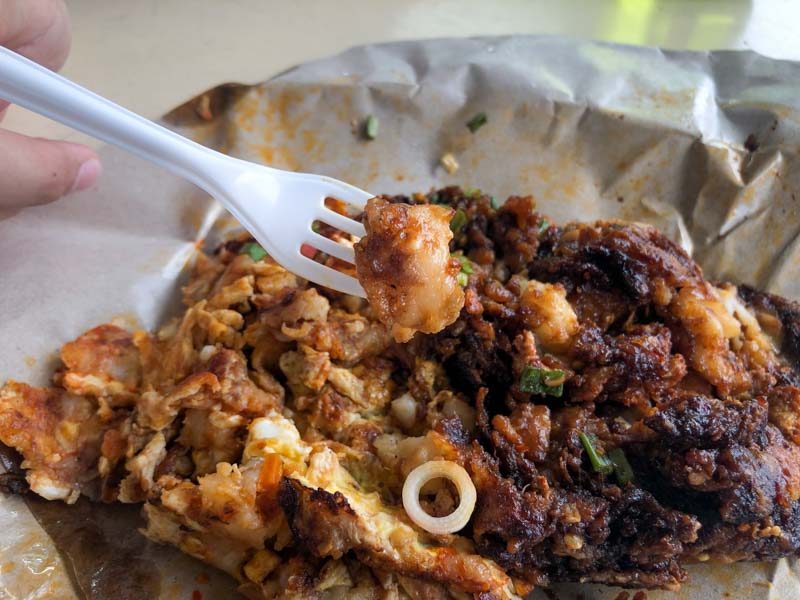 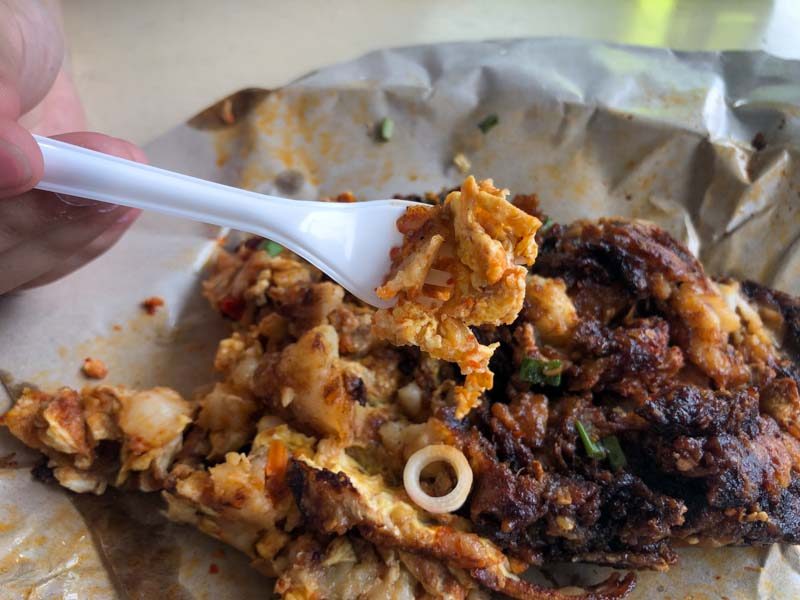 I loved that the egg was scrambled and soft, oozing with oil, with a delicious wok hei tang! 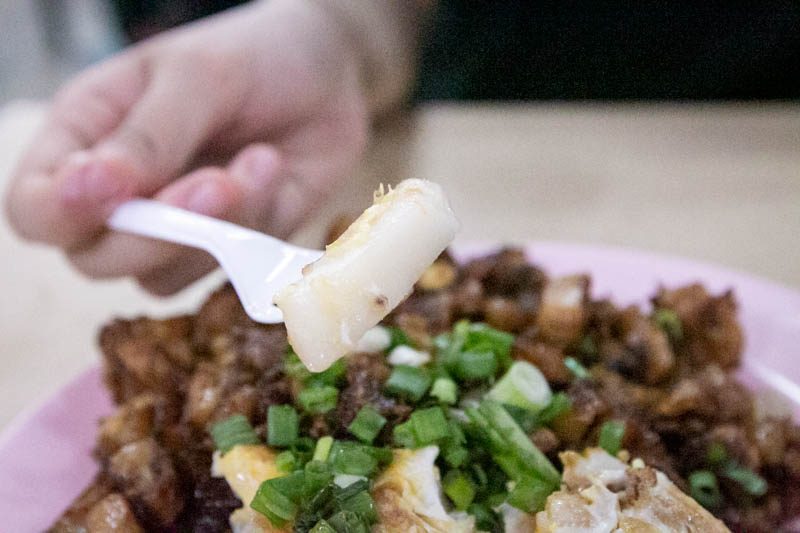 U Fried Carrot Cake’s white version had milder flavours, albeit on the saltier side. The radish cubes were cooked into slabs of egg and radish, the squares were also firm to the bite.

Last but not least, for the Singaporean tongue, we can’t leave the spice out of the equation. However, it shouldn’t overpower the flavours of the carrot cake.

Uncle Zhang joked he ‘would be relentless’ in his addition of chilli to our carrot cake. Honestly, for the untrained, it will blow your taste buds out, so our suggestion is either get less chilli or none at all. 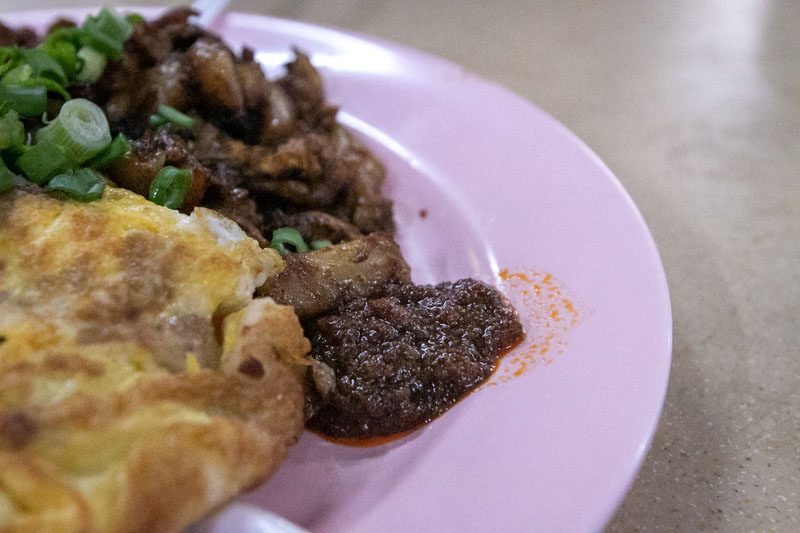 From U Fried Carrot Cake, the chilli was served at the side of the plate so it was easier for us to give our opinions of the chilli on its own. 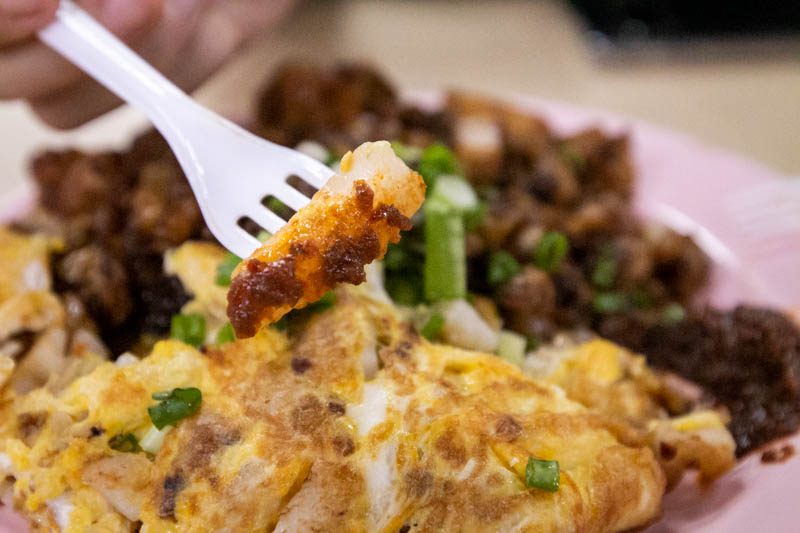 It was a thick paste, carrying sweet notes, resembling hae bee hiam. The combination of their chilli paste and carrot cake was a win in my books.

There’s a reason why 89 Carrot Cake sports long queues and sells out that early. It’s the myriad of textures that garner converts and keeps regulars coming back! We’re willing to wait in line just for a plate this breakfast goodness.

Of course, U Fried Carrot Cake has proven to be a strong contender as well, with flavours catered to your everyday crowd. It scores points for having shorter waiting times.

For the early riser, you’d wanna catch these sell-out carrot cakes for breakfast! If you ask me, I think the prices fully justified the quality that each stall had to offer.