If you’ve ever been to Alexandra Food Village, chances are you’ll smell AJ Delights before you see it. With trays of fresh muffins baked daily, AJ Delights begs for a pit stop and a taste.

Now that we are in the midst of a Circuit Breaker, you’ll spot AJ Delights not by the tantalising smells of baked goods, but the mountains of boxes full of pre-orders that cover the tables in front of the stall. Yup, these muffins are that good. AJ Delights is the brainchild of husband-and-wife team, Amy and Jerry. And with eight years under their belt, these are the baked goods you’ll want.

Just for those wondering, a cupcake is not a muffin—I thought I should put that out there.

Cupcakes are pretty, dainty darlings of baked goods while muffins have these glorious voluptuous love handles that threaten to spill over. Two sides of the same coin, and I love them all the same. Muffins have been sitting in the shadows for too long, but a bite from AJ Delights and you’ll be reminded of why they were so popular in the first place. 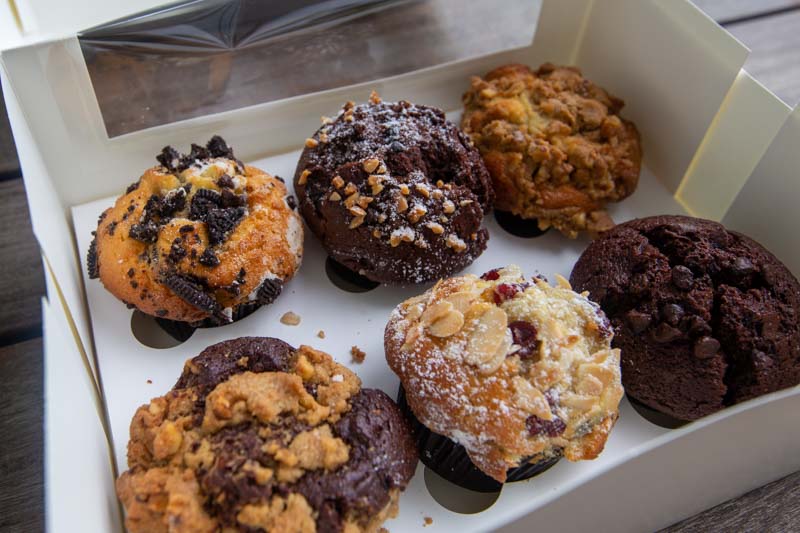 Due to the Circuit Breaker measures, I placed my order online and scheduled a pick-up from AJ Delights. Usually, you’ll get to pick exactly which flavours you’d like but with the influx of orders, AJ Delights can’t accommodate custom orders at the moment.

No matter, having a random box of muffins was part of the fun.

These amounted to S$12.70 in total and compared to cupcakes that can cost upwards of S$30 for six, this was affordable indeed. 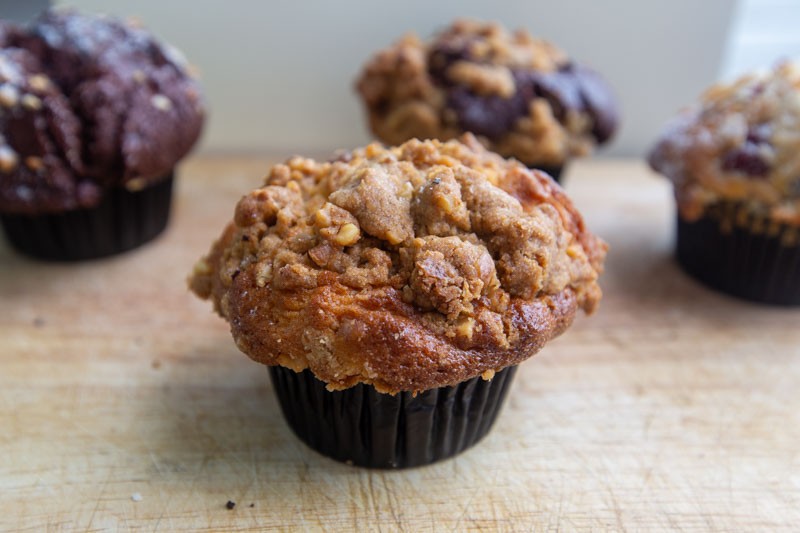 One of AJ Delights speciality is the Apple Streusel Muffins (S$2.15) which came with a craggy golden lid replete with chunky streusel bits. If you ever had streusel before, you’ll know that this is literally the icing atop the cake.

A crumbly topping of butter, sugar and flour, you’ll want a whole bowl of this. 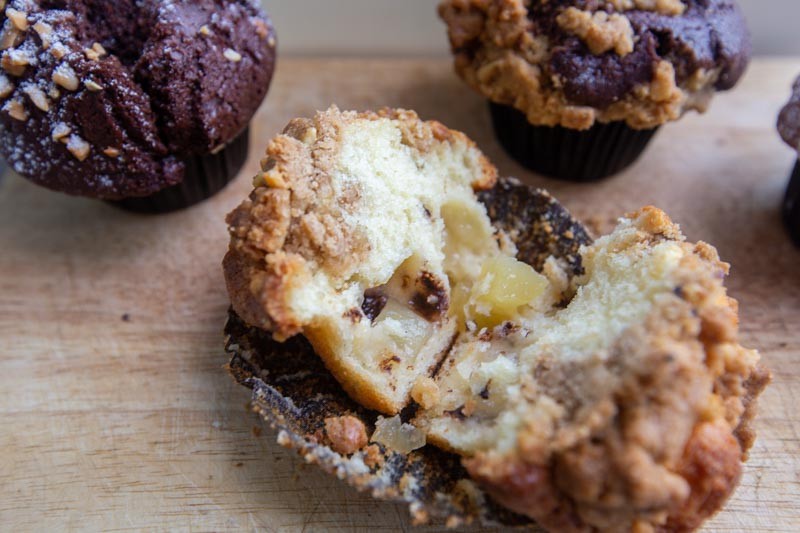 The muffin had an endearing old-school taste with a pillowy and moist centre.

Like a Kinder surprise with an unexpected centre, the muffin had soft, cubed apples right down the middle. Just tart enough to contrast with the streusel but still complementing each other well. All I needed was some warm fruit tea and that’s an afternoon made. 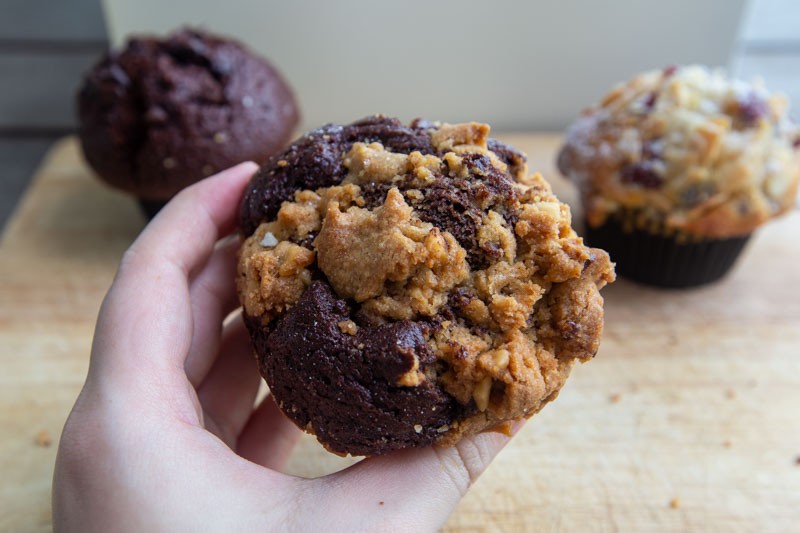 As if a streusel muffin cannot get better, AJ Delights throws in a Walnut Streusel Double Chocolate Muffin (S$2.15), with a chocolate swirl, large bits of streusel and crunchy walnuts.

It was more of a chocolate muffin with a streusel topping, not that I’m complaining, of course. This was everything I loved in a muffin—buttery pebbly nutty bits from the streusel and a rich decadent chocolate flavour. 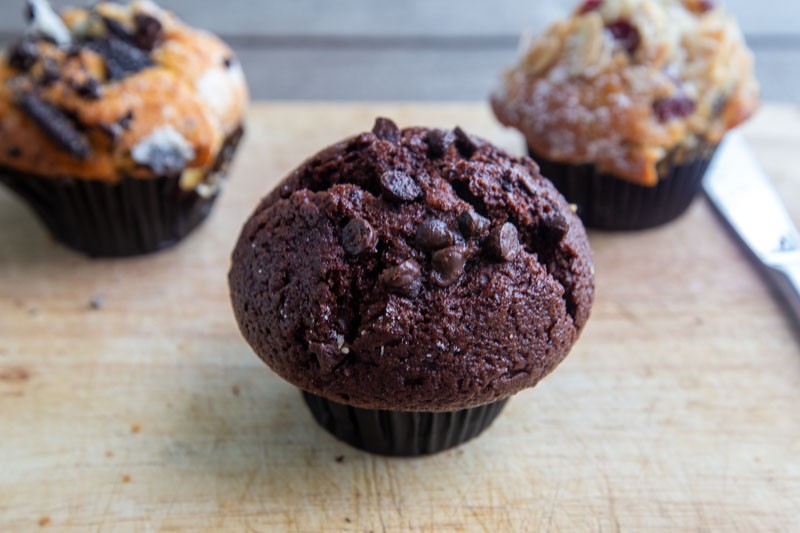 If chocolate muffins are your thing, then the Double Chocolate Muffin (S$2) is perfect. I was afraid that the chocolate might be too sweet or too cloying—I know there is such a thing as too much chocolate.

However, AJ Delights surprised me. They were prudent with the chocolate chips, which I don’t mind since the rest of the muffin made up for it. 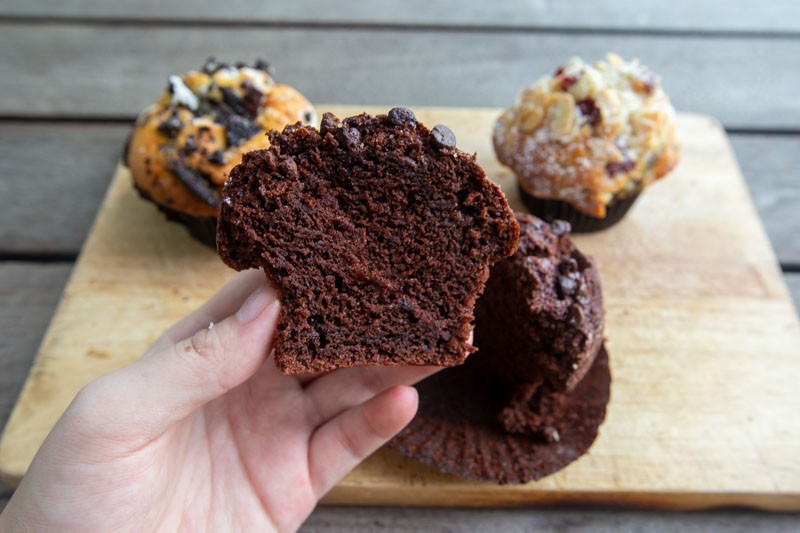 You’ll notice how airy the crumb pattern is, making each bite light but not skimping on the chocolate flavour. A perfectly balanced chocolate muffin with an old-school feel that is so worth the calories. 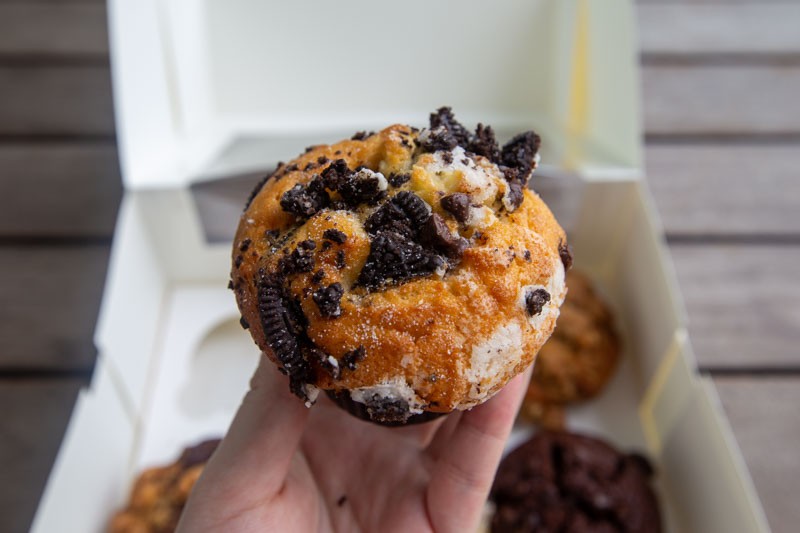 Another one of AJ Delights’ popular flavour is their Cookies & Cream Muffin (S$2). This golden muffin comes speckled with crushed Oreo cookies and a fragrant vanilla muffin base. 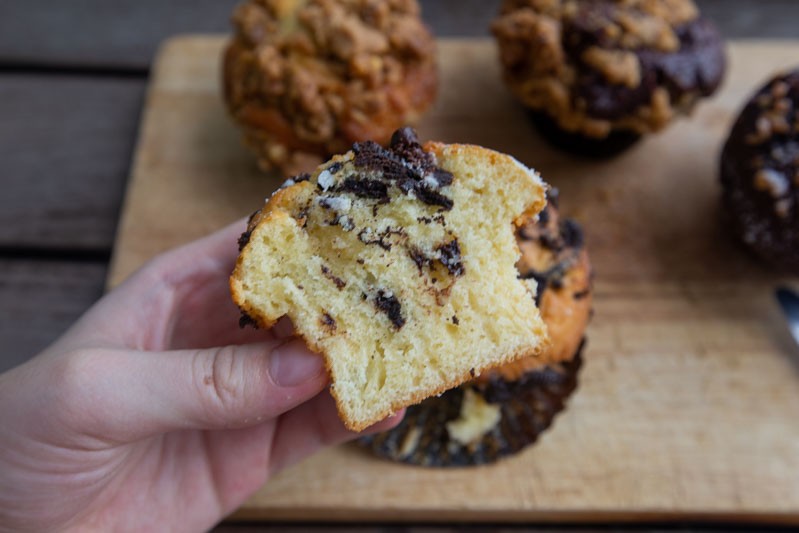 While AJ Delights’ muffin was stellar as always, I would have liked a little more Oreos throughout the muffin. Nevertheless, I still finished the muffin. 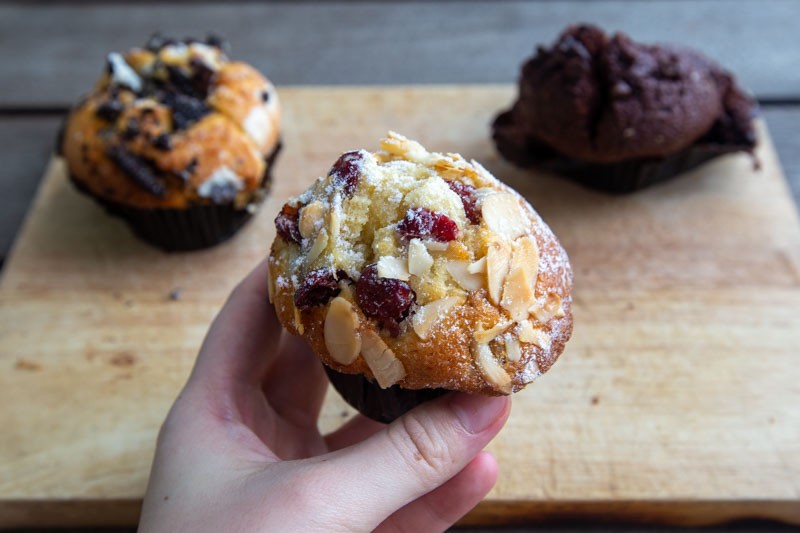 Another notable muffin from the box was AJ Delight’s Almond Cranberry Muffin (S$2.60). Dotted with cranberries, slivered almonds and a dusting of powdered sugar, this was reminiscent of Christmas for sure. 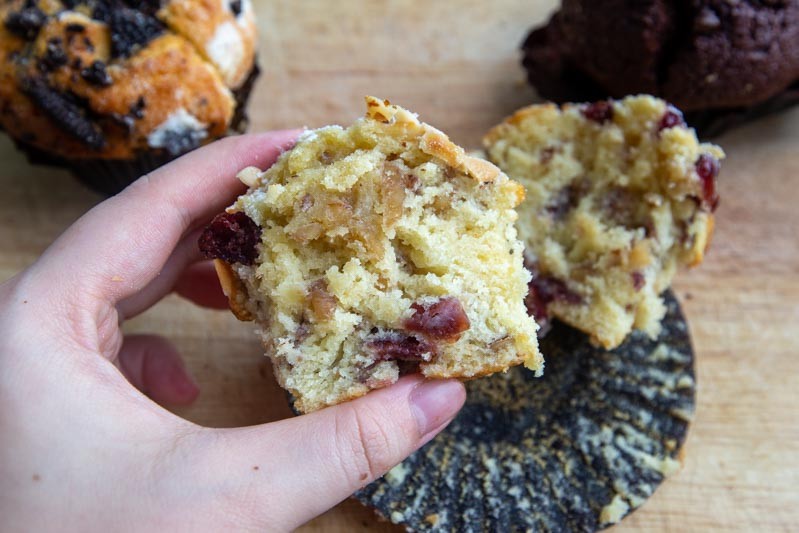 Full of cranberries and walnuts, the muffin was sweet and moist. While I was not partial to cranberries in my muffin, this one was delightful. The cranberries brought a brightness to the muffin, while the almonds provided good texture on top. Not my favourite of the bunch, but one that was still pretty enjoyable.

My only other quibble with AJ Delights is perhaps just how popular they are. Their signature Green Tea Monster (S$2.40)—which is basically a green tea streusel cupcake—is often sold out. Fret not, I’ll keep trying till I get my hands on it.

AJ Delights’ popularity serves as a testament to the quality of their bakes. With such a competitive and unforgiving terrain for baked goods, AJ Delights stands out amongst the crowd of sugar-laden trendy cupcakes. Not to mention, at such affordable prices, it’s a steal. I don’t know about you but I’m definitely going to #tapauplease with AJ Delights.

If you have always been a cupcake fan, I urge you to AJ Delights a try—who knows, you might be a convert. 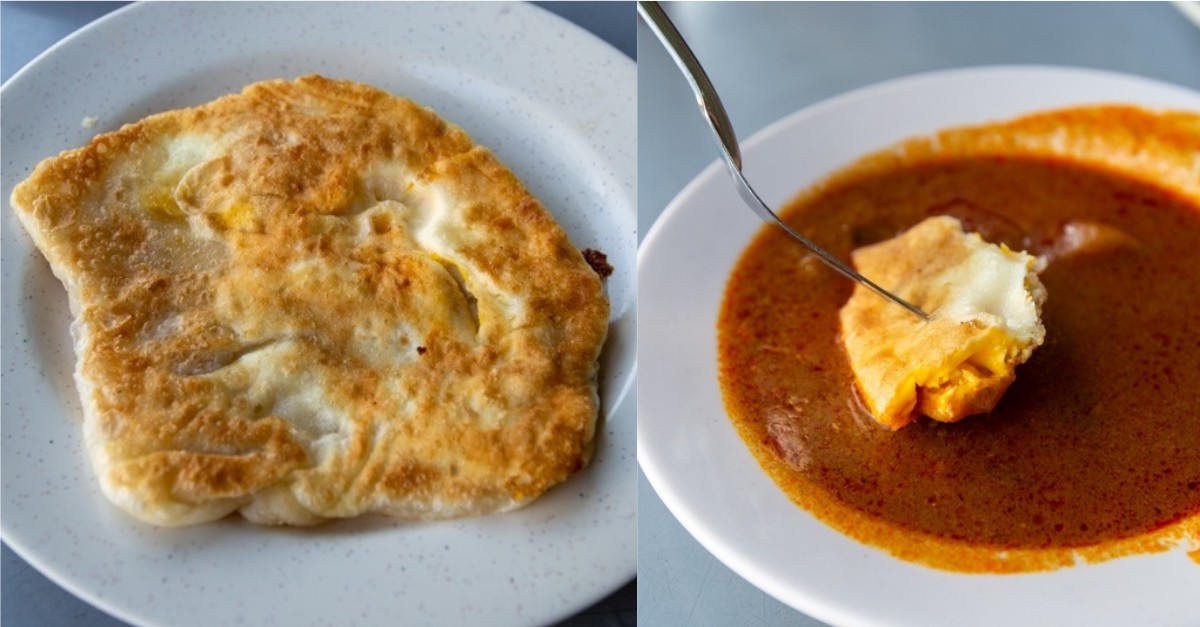