Celebrity chef Bjorn Shen has kept busy; from running the now-defunct Bird Bird, to more recently being announced as a judge for the inaugural Masterchef Singapore.

But he’s finally returned home to Artichoke, with a fresh but no doubt devious Middle Eastern-inspired menu! 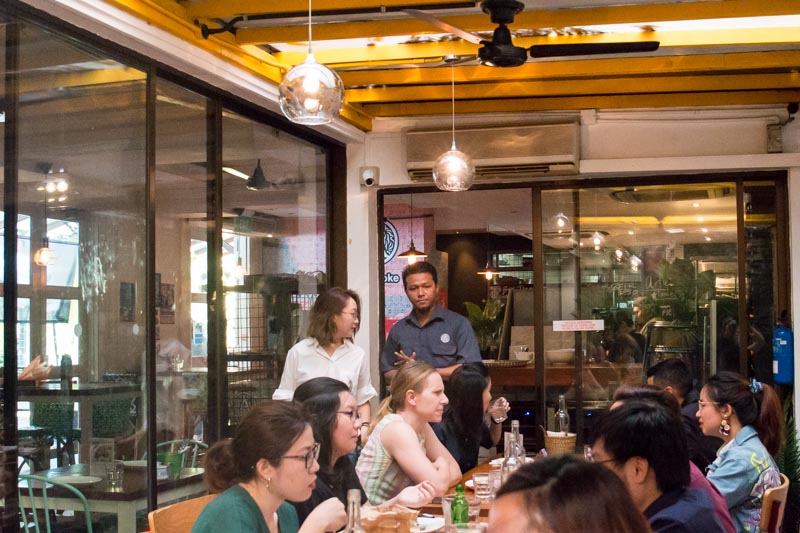 We headed over to the chic restaurant in Bras Basah, where we were greeted by Chef Bjorn himself. Charismatic, humorous and perhaps a little eccentric, he’s a living example of why crazy really equals genius, as we soon realised after tasting his out-of-this-world dishes. Labelling his cuisine as “dudestronomy”, Chef Bjorn’s menu features comfort food elevated with quality ingredients, creativity and finesse, or as Chef Bjorn more crudely describes, “stuff fat kids dream about”. This comes from his love for greasy food (he even has a chicken wing tattoo!).

At Artichoke, brace yourself for imaginative Middle Eastern-inspired dishes with the likes of Doritos Tabbouleh and Honey-Za’atar Fried Chicken. You won’t find anything remotely traditional, come with an open mind and a very hungry belly. The new menu kicked off easy, as Chef Bjorn didn’t want to give us a heart attack on the first dish. True to Middle Eastern cuisine, he served up mezzes, which included old favourites as well as some of Chef Bjorn’s new creations. 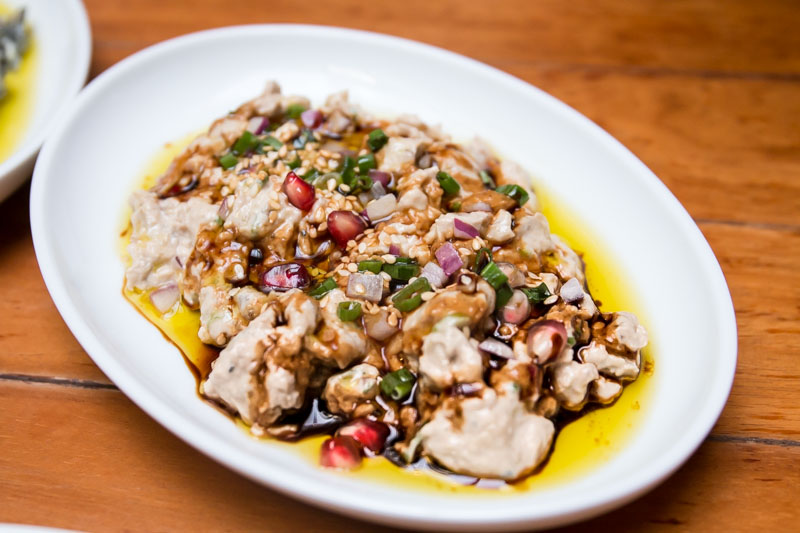 A staple on the menu, the Babaganoush ($10++) is a crowd favourite for a reason. The eggplant is smoked and paired together with yoghurt and pomegranates, which lend a refreshing tartness.

But the real surprise comes from Chef Bjorn’s addition of, believe it or not, teriyaki sauce! Sweet and savoury, who knew everyone’s favourite teriyaki sauce would fit so snugly with traditional Middle Eastern flavours? 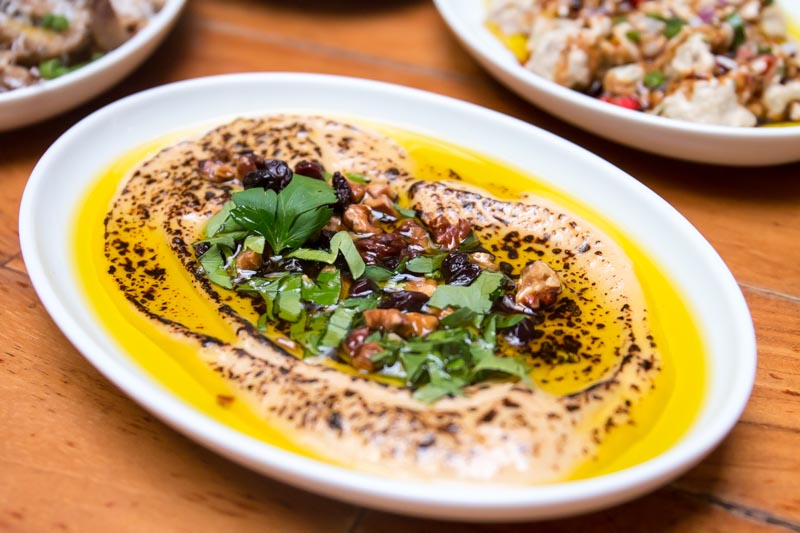 Of course, Chef Bjorn is not a stickler for tradition. Here we have his intriguing Burnt Miso Hummus ($10++) composed of a tahini-based chickpea dip.

The dip was rich and creamy, while the clever infusion of burnt miso gave every bite an appetising smokiness. A new addition is the Iraqi Spiced Mushrooms ($12++) that comes with fried egg puree and parmesan. The puree was unexpectedly light, and came with a bit of tang similar to mayo that undercut the earthier flavours of the mushrooms. 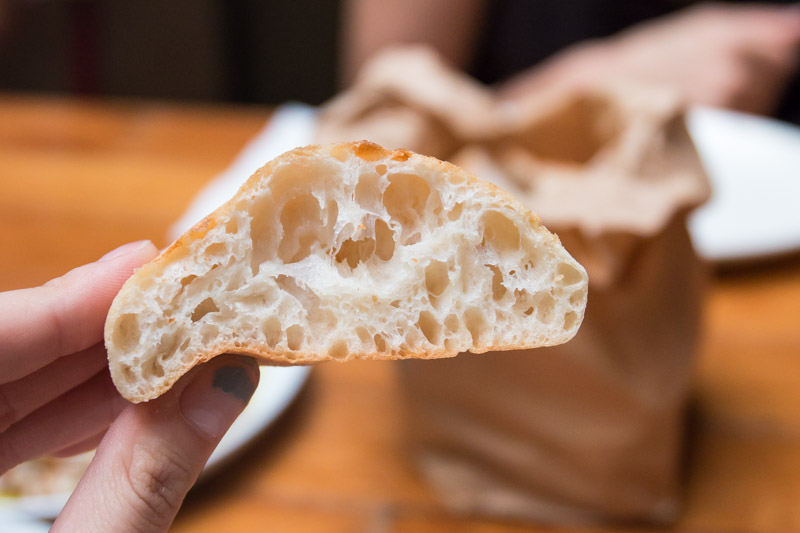 The mezzes are portioned small, so go ahead and get a few to share with your table. I suggest getting some Turkish Bread ($4.50++) as it goes well with the mezzes for dipping or as an accompanying bite to work up your appetite. The mains are also portioned for sharing and proved just as exciting as the mezzes. One that definitely piqued my interest was the new Mentaiko Taramasalata ($18++). 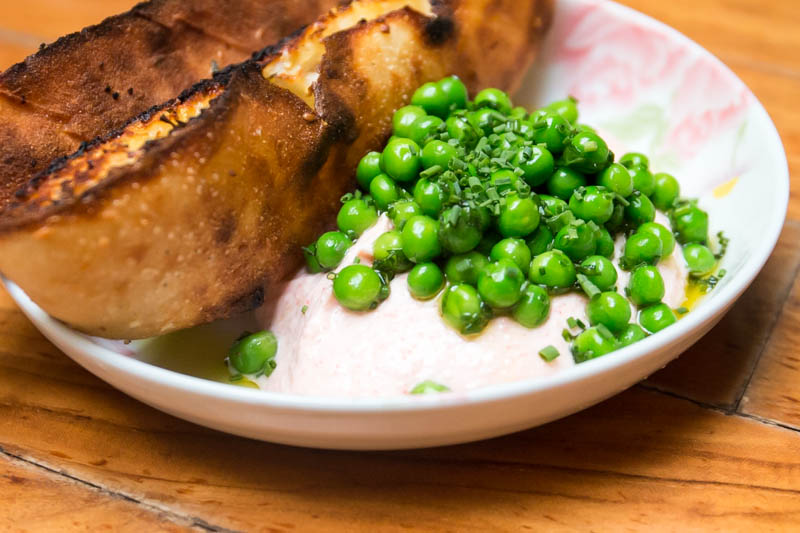 More than just a ploy to hop onboard the mentaiko hype, the fish roe dip was lip-smackingly delicious. Beneath its alluring sakura colour, the fish roe was very creamy with a hint of spice. 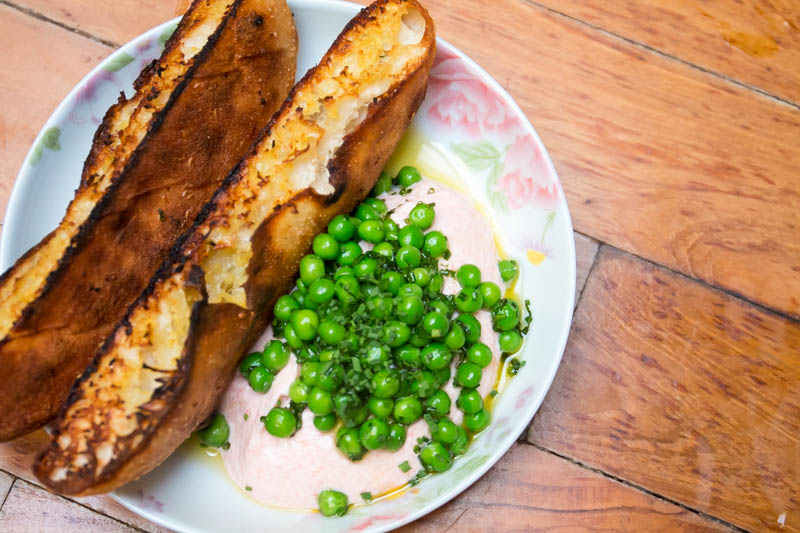 Nonetheless, what really sold me was the charcoal-grilled garlic bread that crackled gloriously with every bite. Its smoky flavour was also the right amount to undercut the richness of the fish roe. Another hot favourite was the Hot Skillet Prawns ($38++). While huge, each crescent-shaped moon was cooked to juicy perfection, and not the least bit rubbery. Do heap on a generous amount of the green harissa and split cream sauce that was buttery and garlicky.

It was so addictive that we actually took the leftover Turkish Bread and began mopping up all the sauce! It was at this time that I fully grasped the true essence of “dude food”. Meat-lovers, this next one’s for you. Presenting Chef Bjorn’s newly-released Iberico Pork ($34) that is marinated in fizzy Coca-Cola. The 300g of Spanish pork was just sublime, while the coke glaze brought a distinct sweetness that evened out the gaminess of the meat.

It was a little jelak, I’ll admit. And yet, we found ourselves cleaning up this plate the fastest. This is it, the last main to finish us off. Hilariously, but aptly named the Lambgasm ($240++, feeds six pax or more and must be ordered three days in advance), there’s nothing subtle about this whopping 2.5kg of whole roasted lamb shoulder. 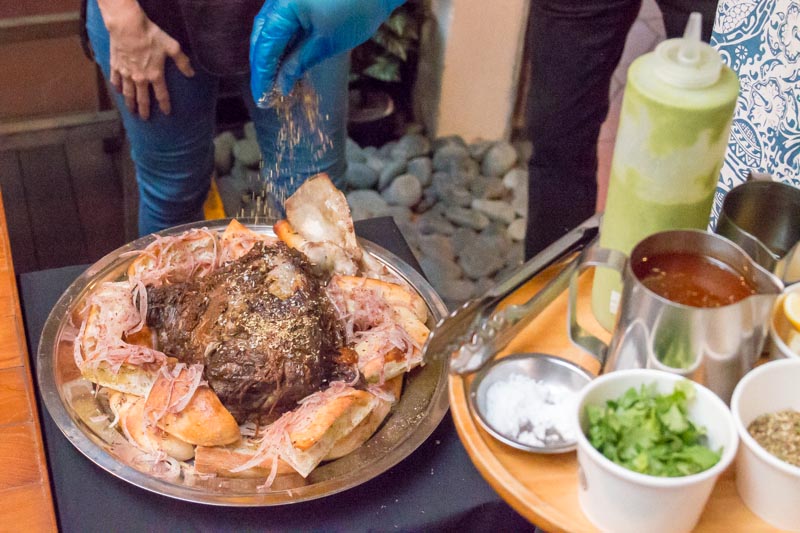 Chef Bjorn insisted on carving up the lamb shoulder right in front of us to retain the moisture till the very end. Perhaps he was just being dramatic, but either way, he really got our stomachs growling! 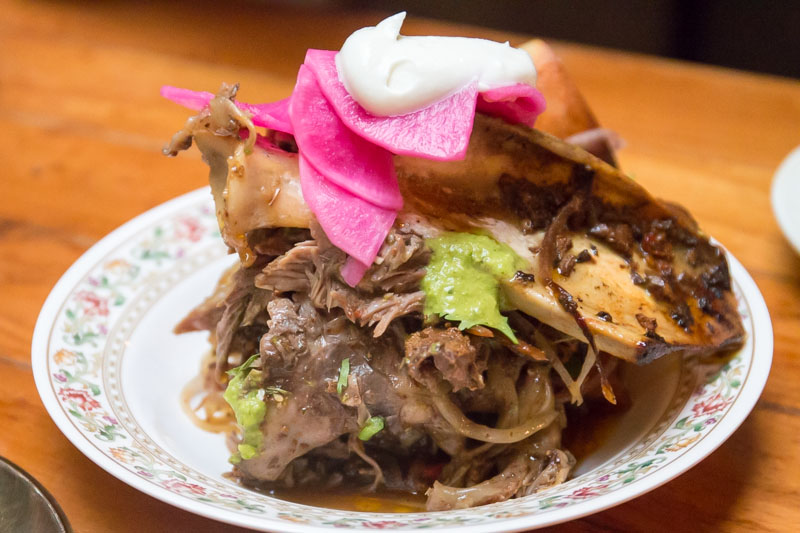 At last! Barely managing to get this shot, I dived in and oh my goodness… I had a lambgasm! The lamb pulled apart so easily with a fork and seriously, I barely even needed to chew the meat.

Each bite was so moist and laden with umami, I was overwhelmed. The touch of yogurt jus also managed to counter any cloying taste of the lamb. Enough said, you NEED to try this for yourself. 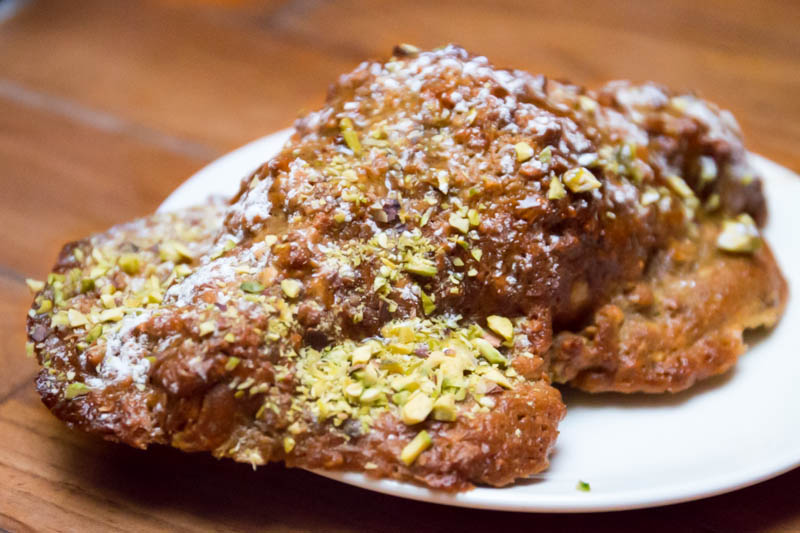 For sweets, we had Chef Bjorn’s new Baklava Croissant ($7++), born for anyone with a sweet tooth. Topped with generous pistachios for crunch, the croissant was sweetened with zesty orange blossom honey.

While the dish definitely nailed the sweetness of baklava, the croissant just didn’t work for me. It was a little doughy and couldn’t compare to the crisp and flaky filo pastry, which is traditionally used. The entry has since been changed to a Baklava Handpie, and I’m excited to see how this pans out texturally. A stronger effort was shown in Chef Bjorn’s Chocolate Salty Pie ($7++). As a dark chocolate lover, I simply adored the molten Valrhona dark chocolate filling, which was intense with an almost smoky quality. The sea salt also did wonders as it added more oomph to each chocolatey bite!

I don’t know if it’s my addiction to junk food, but either way Chef Bjorn’s “dude food” really hit the mark for me. Every dish was exciting and seriously, the dining room was perpetually filled with gasps and “whoas” every time a new dish rolled out.

I had some remarkable Middle Eastern food during my time in Doha, but this was on a whole other level. Artichoke’s jaw-dropping Middle Eastern-inspired creations are almost as insane as Chef Bjorn himself.

I’ll definitely be back, because I can’t wait to see what else Chef Bjorn has up his sleeves!

Previous articleConfuse Your Brain With Transparent Coca-Cola That Contains Zero Calories Released In Japan This June
Next articleYellow Pot: Roast Duck & Modern Chinese Dishes With An Emphasis On Sustainability At Duxton