Ah, the traditional kong bak bao – juicy and oozing with flavour in all its fatty glory. As with all food that is rustic and familiar, the humble bao has inspired a brand-new generation of baos that have proved to be equally delicious, and worthy of an honorary seat next to the kong bak bao‘s throne. 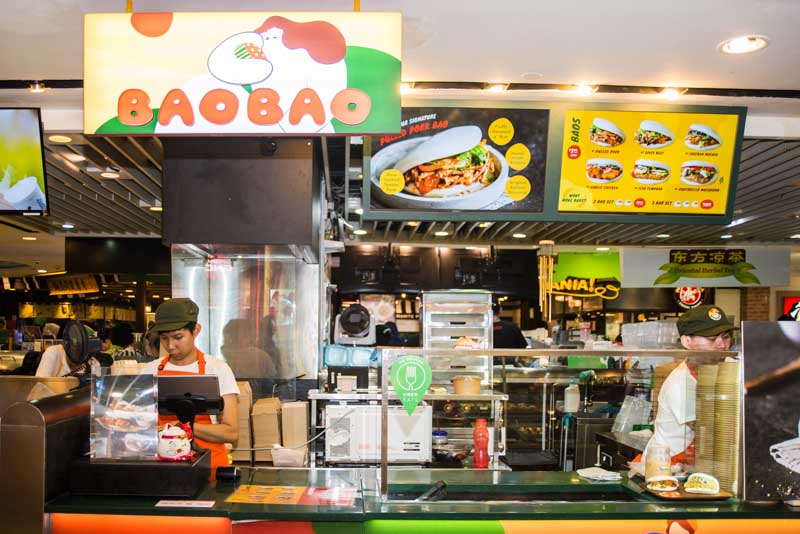 Bringing a new concept to Singapore, BAOBAO offers baos with a myriad of non-traditional fillings. Located in the basement of Bugis Junction, it’s quite hard to miss this brightly-coloured kiosk. 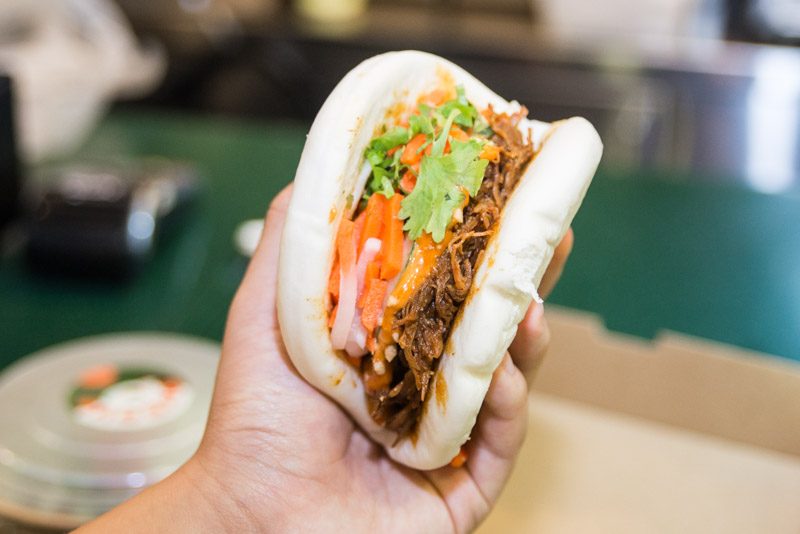 From a selection of six different baos, I first decided to give the signature Pulled Pork ($3.90) a go. Besides the pulled pork, the bao came stuffed with pickled carrot and daikon, cucumber, scallion, cilantro, crushed peanuts and gochujang dressing. BAOBAO’s recipes are influenced by three main cuisines: Mexican, Korean and Vietnamese. Initially, I was worried that with such a variety of influences, they would not complement each other, resulting in an odd-tasting bao. Yet, biting into the Pulled Pork Bao, all fear was put to rest.

Having first been marinated with a mildly spicy sauce, then stewed for about three hours, the pulled pork was both extremely flavourful and melt-in-your-mouth tender. It had a sweet and smoky barbeque sauce-like flavour, and with each bite came oozing out delicious, umami-filled juices that kept me wanting more. The pickled carrot and daikon were the perfect complements; they were tart and provided a refreshing bite as the acidity cut through the meatiness of the pork. I also thought the cilantro (a popular garnish in Vietnamese cuisine) added a fresh and very vibrant flavour to the bao – and I’m saying this even though I usually detest cilantro. Somehow, it worked perfectly in this dish!

The gochujang dressing was also quite delicious. A creamier rendition of the Korean staple sauce, this hit all the right notes with a perfect balance of sweet and spicy, complementing the fresh greens very well.

The bao itself was soft and fluffy, and didn’t turn soggy despite having been left out for a while. This is a sign of a high-quality bun. Overall, this was a perfect combination of oriental and western flavours that I thoroughly enjoyed. After devouring a fairly meaty bao, it was time for something less so: the Portobello Mushroom ($3.90). With a big, fat, juicy portobello mushroom as the main “protein”, this vegetarian option came with lettuce, cilantro, scallion and a homemade garlic aioli.

Battered with a crispy tempura-like coating, the mushroom remained juicy and succulent despite being deep-fried. I thought that the creamy garlic aioli paired quite well with the savoury, earthy mushroom, although there was a little too much of the sauce. Still, it was quite the enjoyable treat! 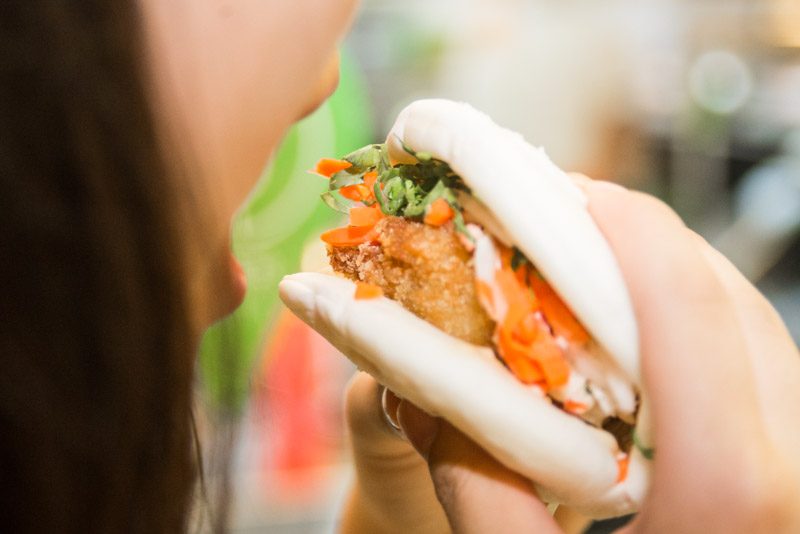 As if one deep-fried dish wasn’t unhealthy enough, I went for the Garlic Chicken ($3.90) next. With a deep-fried chicken as the main attraction, this bao came with cabbage, cilantro, scallion, pickled carrot and daikon, topped with the garlic aioli. 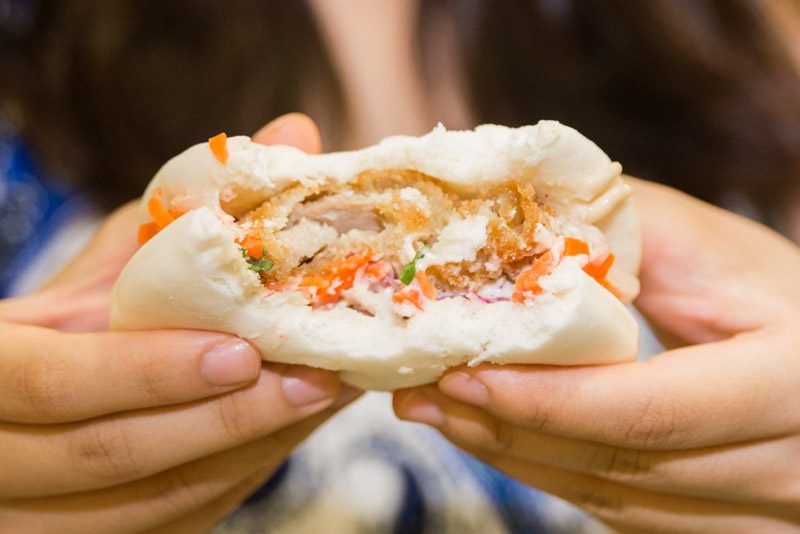 Where the Portobello Mushroom had too much sauce, this bao had the opposite problem. Still, it was quite delicious. The fried chicken was crispy on the outside, but juicy and tender on the inside.

Once again, the tart, pickled vegetables made for a refreshing bite, while the cilantro and scallion provided a light, summery flavour. With my hunger for deep-fried proteins finally satisfied, it was time for my last bao. For this, I chose the Spicy Beef ($3.90). 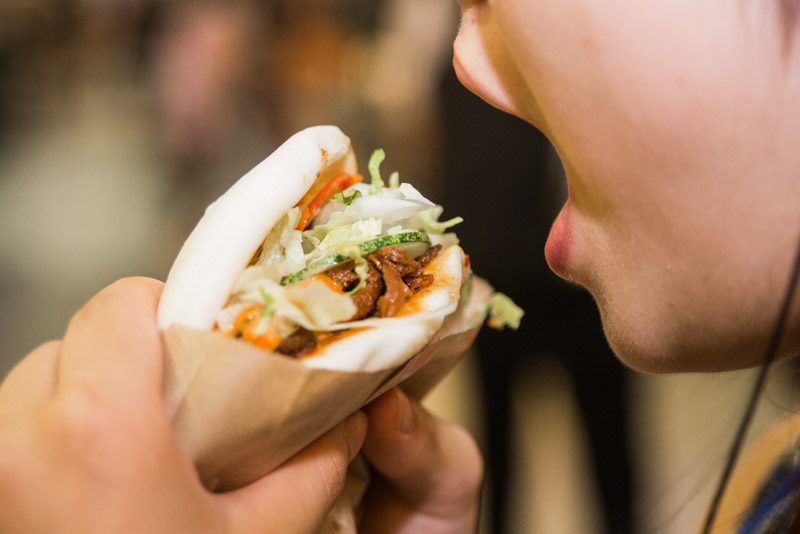 True to its name, the Spicy Beef had quite a good amount of heat, far spicier than the Pulled Pork. The beef, though slightly tougher than the pork, was still tender and easy to chew.

I actually preferred the flavour of this bao to the Pulled Pork, because the spice truly enhanced the umami of the beef, making the whole thing even more exciting and addictive. 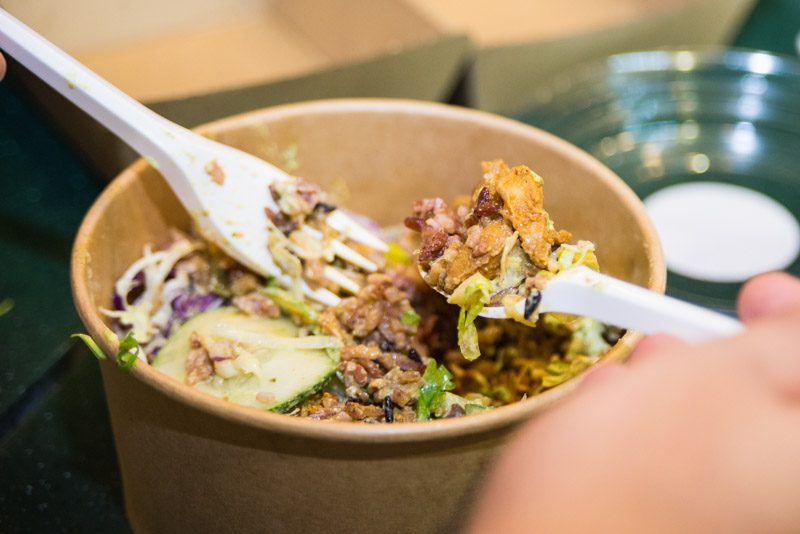 You can buy these wonderful baos in sets of two for $7.50, or in triplets for $10.90. Or, if you want something more substantial, BAOBAO also offers rice bowls with similar toppings. 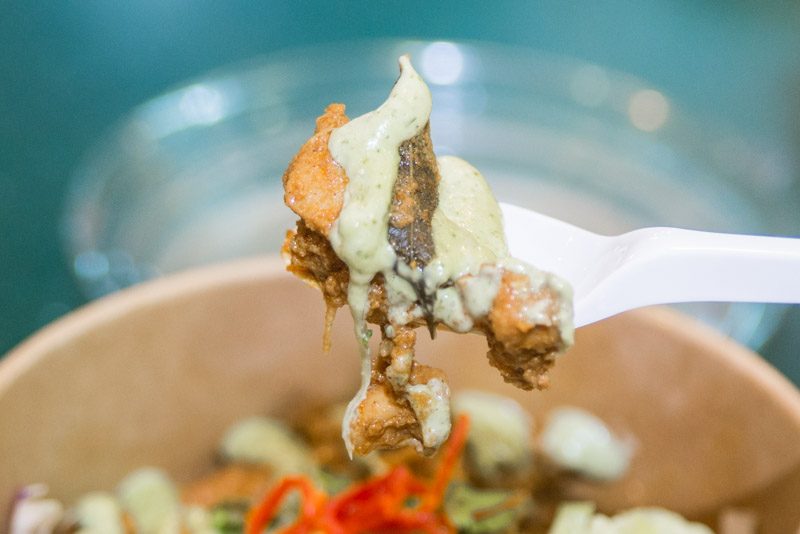 The chicken masala itself was very tender and fragrant with the flavour of spices. However, it lacked salt, which made it a little bland. It could also have done with a little more heat too.

On the other hand, I enjoyed the mix of vegetables, and thought that the salsa verde was fresh and delightful. 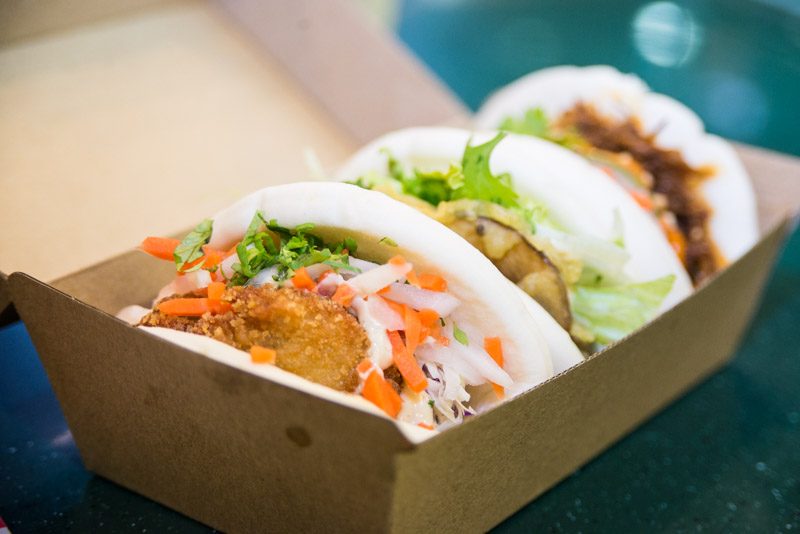 While the humble kong bak bao will always have a special place in my heart, BAOBAO’s fantastic modern re-invention of the bao is certainly a force to be reckoned with.

Perfect for a midday snack or takeaway meal, BAOBAO’s baos are something I’ll definitely be back for!