Barrio by Mex-Out: Eat, Drink and Hang Out At This Cozy Mexican Joint 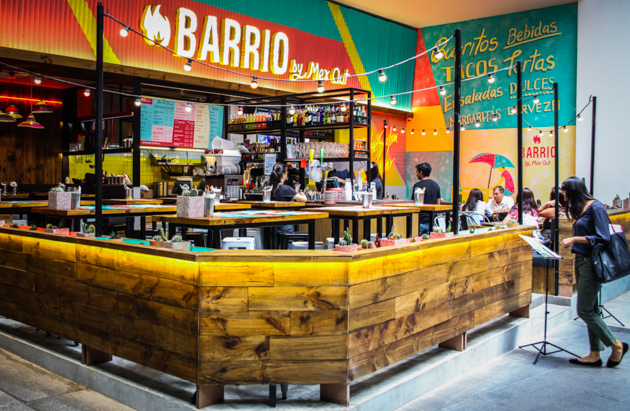 Barrio is, in Spanish, neighbourhood that denotes a cosy space for people to eat out, drink out and hang out. Throw in a hip, roof-top garden-like set up in the midst of Orchard Road’s busiest convergence, Barrio by Mex-Out has become the latest addition to Orchard’s barrio. 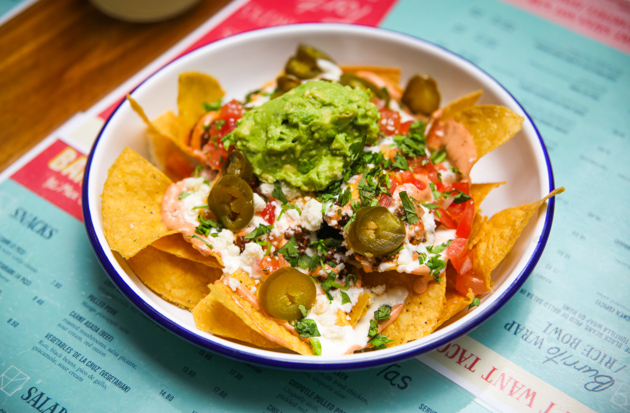 The all-time favourite Mexican appetiser is the Burnt Nachos that would tease the taste buds with its combination of sweet-sour-salty-spicy ingredients coupled with that oh-so-crunchy nachos. Start this with a couple of margaritas, you’ll want to stay at lunch (or dinner) and not head back to work! 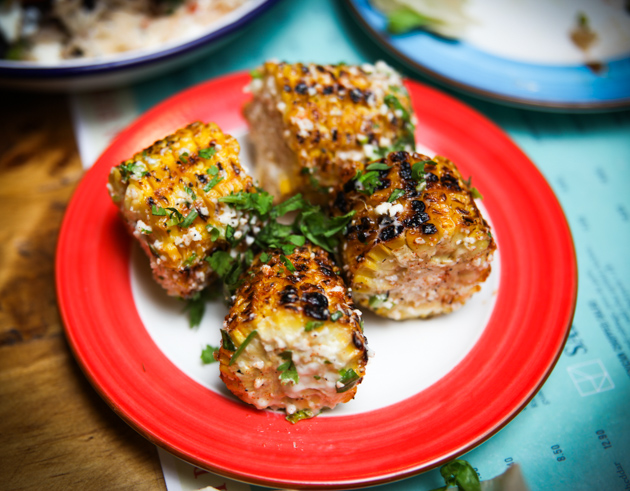 Barrio also serves the Mexican Street Corn (elote). It is essentially corn on the cob that is chargrilled with butter, mayo and spices. My taste buds, however, were left hunting for the extra dimension of spiciness and acidity, as these elements were rather underwhelming. Perhaps, you could try requesting the chef to “spice it up” a little more and add on a few more slices of lime on the side. Quesadillas and tacos at Barrio are their strong points. The Barbacoa Quesadilla is made with sliced, chargrilled flank steak and is charged with the Aztec magic that is bound to keep you munching on it. Smother it with pico de gallo and soon you will be asking the Mayan Gods for more of it, but they would charge you for any extra dips at 50 cents per cup. 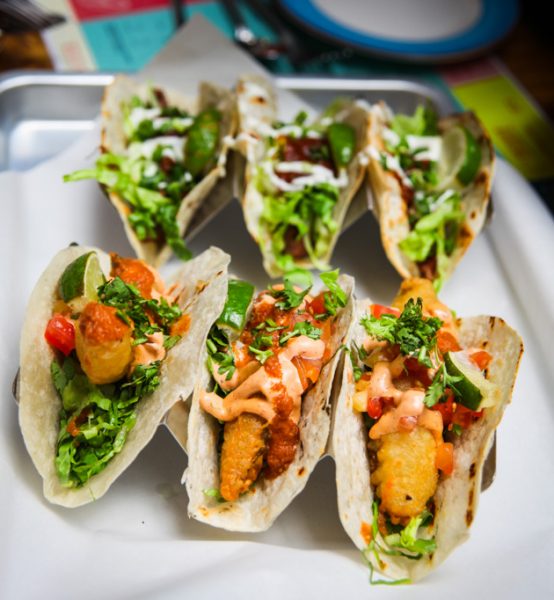 Barrio’s offering of tacos includes that with grilled beef (Carne Asada), pulled pork and beer-battered seabass. The taco portions are generous and tasty – you will get an explosion of taste when you sink your teeth in! The pick of the bunch is the Carne Asada – it is taco with marinated and grilled steak, served with Field Mushrooms, and with a few generous squirts of Sri Racha Thai chilli sauce! I have also come to like a couple of the less-ordered Mexican offerings – namely the Burrito rice bowls (Vegetarian de la cruz) and the tortas (Mexican burgers). The Vegetarian de la cruz is a nice touch for those who prefer a healthier Mexican choice. Its ingredients comprise Basmati rice (medium Glycemic Index), topped with capsicum, black beans, pico de gallo, guacamole and sour cream. 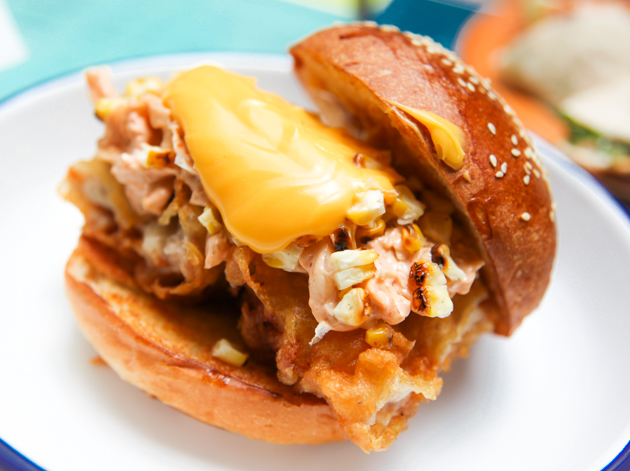 Of course, for those who swear by the devil-may-care attitude when they eat, could order the Buttermilk Fried Chicken Torta. Its chicken is marinated in buttermilk, then deep-fried in cold beer batter to give it that crunchy texture while the Chipotle mayo imparts the spicy and tanginess. This Mexican burger is sinful and yet yummy!

Barrio has definitely spiced up 313 Somerset’s F&B offerings. They offer vegetarian options, and a breakfast menu (until 3pm daily). It is, indeed, refreshing addition to the Orchard Road barrio that has garnered so much of patronage – Barrio is always crowded! In the evening, Barrio provides a more comfortable, in-door dining option for those who prefer to shy away from the under-lighted restaurants and humid conditions.