Belitung, Indonesia: This Paradise Getaway With A Literary Museum & White Sandy Beaches Is Only An Hour Away From SG

Step aside Bali and Lombok, a new contender for picturesque beaches has arrived. Belitung, part of the Bangka-Belitung Islands province located in the mid-west of the Indonesian archipelago, has recently been in the news as a promising and up-and-coming tropical getaway, especially for Singaporeans. 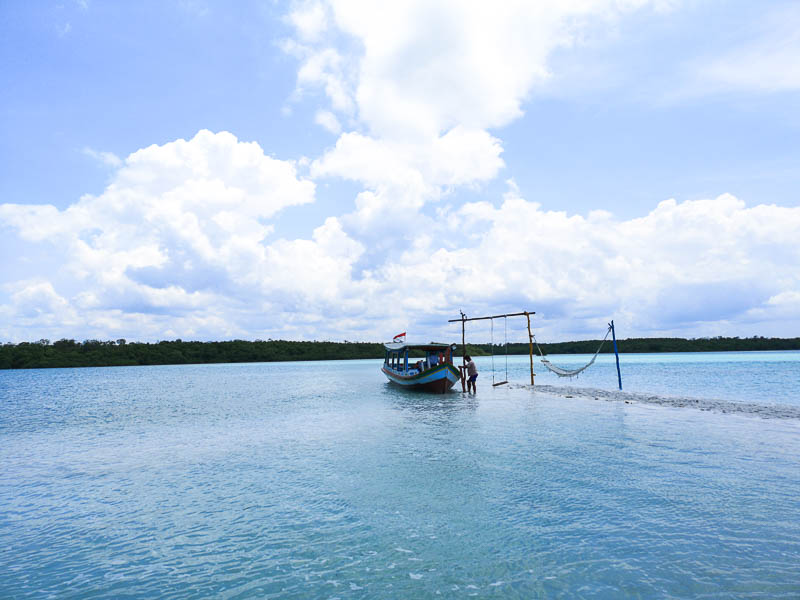 Affectionately having been named “the Maldives of Indonesia”, the destination promises visitors expansive white beaches with an untainted horizon and crystal blue waters. What makes this island getaway so alluring to Singaporeans is that it’s only an hour away, with Garuda Indonesia plying the route between Singapore and Tanjung Pandan four times a week!

I spent a couple of days discovering the beauty of Belitung and here are seven of the most memorable highlights from my trip. Translated into ‘sand island’, Pulau Pasir only 15 minutes away from Belitung’s mainland — it’s not an island per se, but more of a sandbank.

When the tide is high, you won’t be able to see it at all! But once the tide recedes, you’ll get a chance to walk along the soft, cushion-like sand and feel like you’re in the middle of nowhere. There are a few huts available for you to relax and take in the serene surroundings, including a hammock that’s perfect for the ‘gram (or a quick nap). 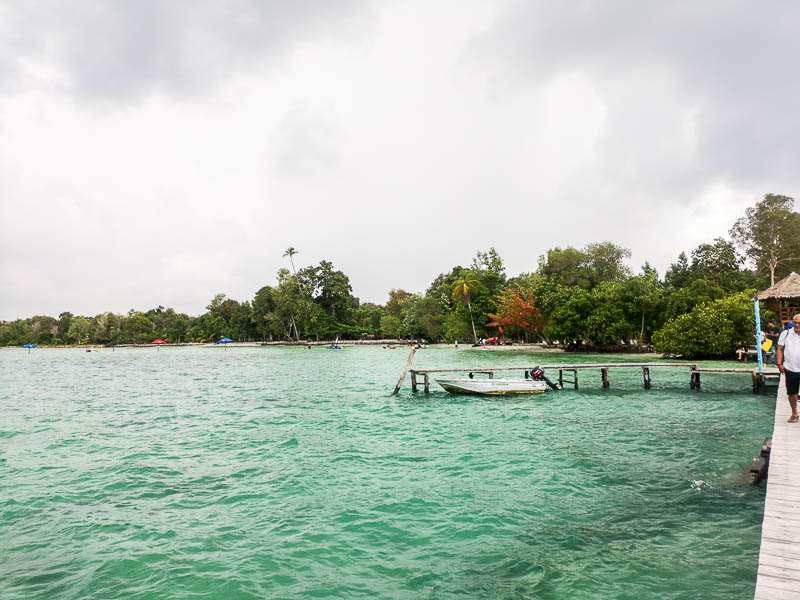 Located three kilometres from Belitung’s mainland, Leebong Island is an excellent alternative for couples or families who wish to truly escape the holiday crowds. The island is set up with a few villa options from a treehouse for a couple to an entire home for up to eight people. 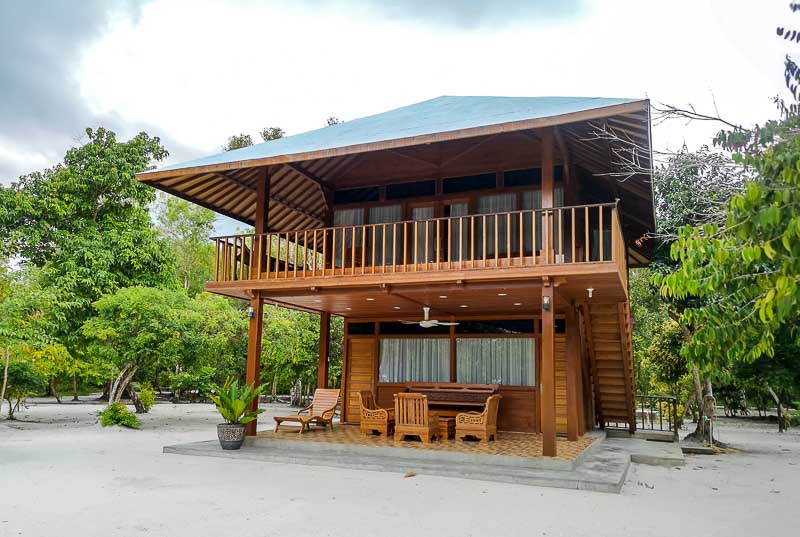 The island is self-sustaining, meaning that you and your friends and family will be able to stay on Leebong Island without having to fret about activities and meals.

There are water sports like kayaking, swimming, paddle boarding and snorkelling, as well as land activities like cycling, karaoke, beach volleyball and even nyuloh (a traditional activity where one catches shrimps or crabs at night during low tide). 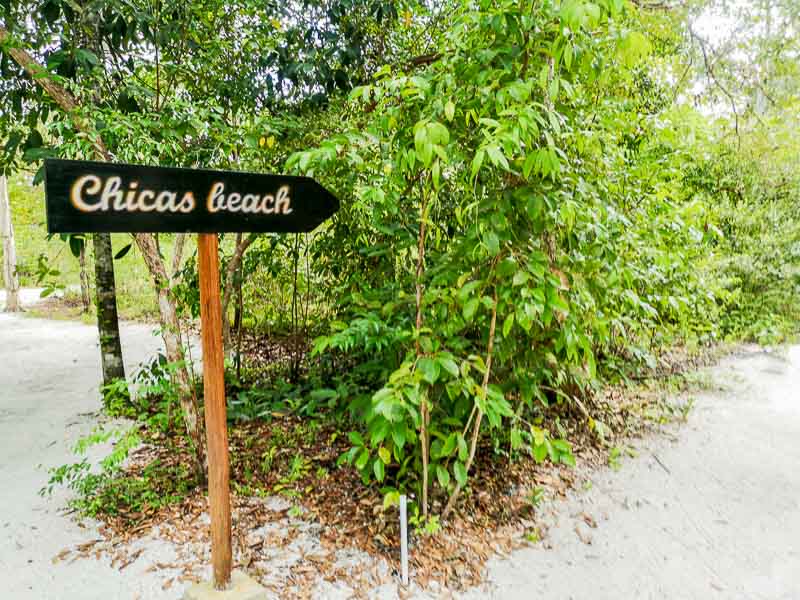 Right on the opposite end of the island from where I arrived, there’s another beach (Chicas Beach) that looks out to huts that are rooted in the middle of the sea. Complete with a bar, it’s the perfect spot for winding down. Only when the tide is low, will you be able to walk out to the huts, which makes them extra special and guaranteed a must-chope once you get the opportunity. 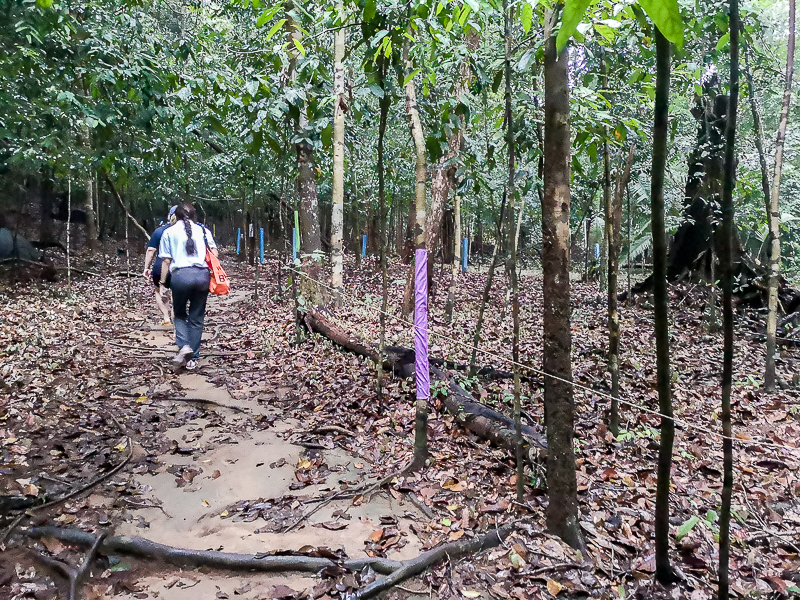 If you’re more inclined to do a short hike, Peramun Hill will offer you a decent 30-minute trail walk that will lead you through meandering trails and thick foliage before you reach the summit to witness the breathtaking view of Belitung itself. 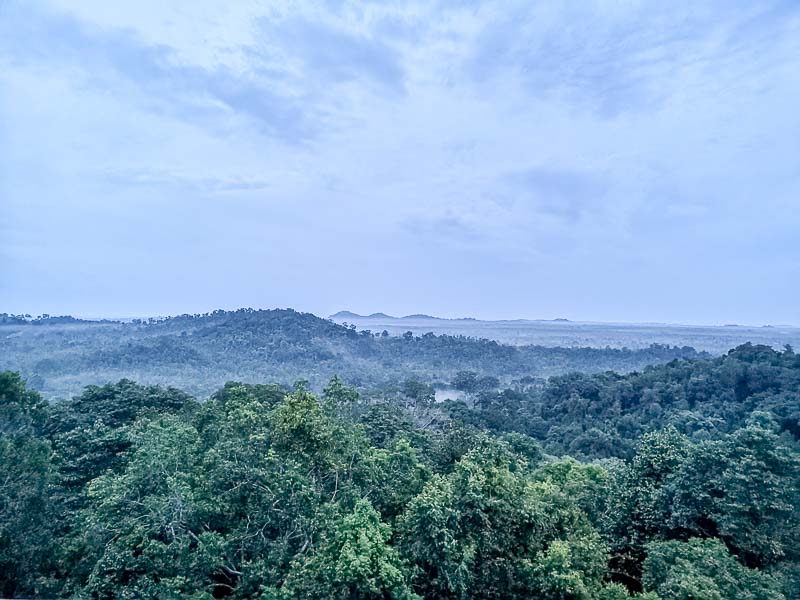 It was unfortunate that the weather wasn’t on my side when I did the climb, but the view was magnificent no less. All I could hear was the distant chirping of birds and my own heavy breathing. It was a pretty remarkable sight to behold. 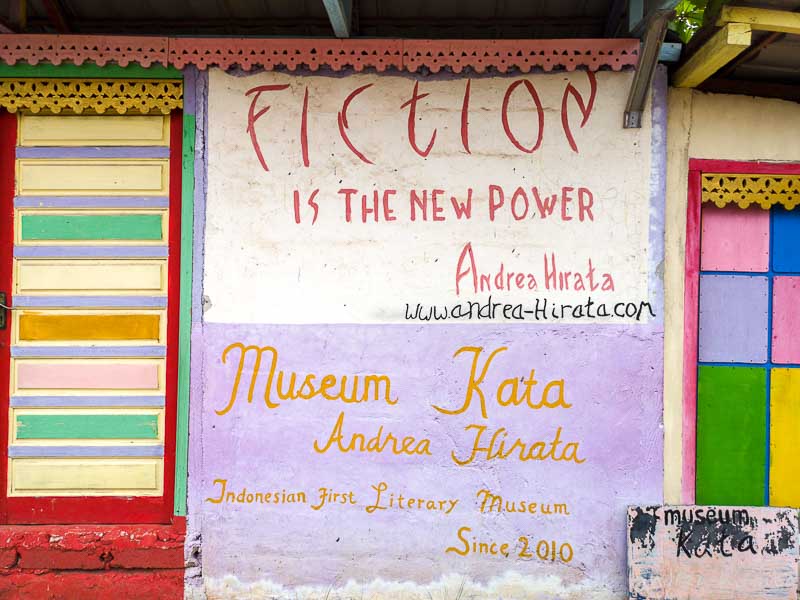 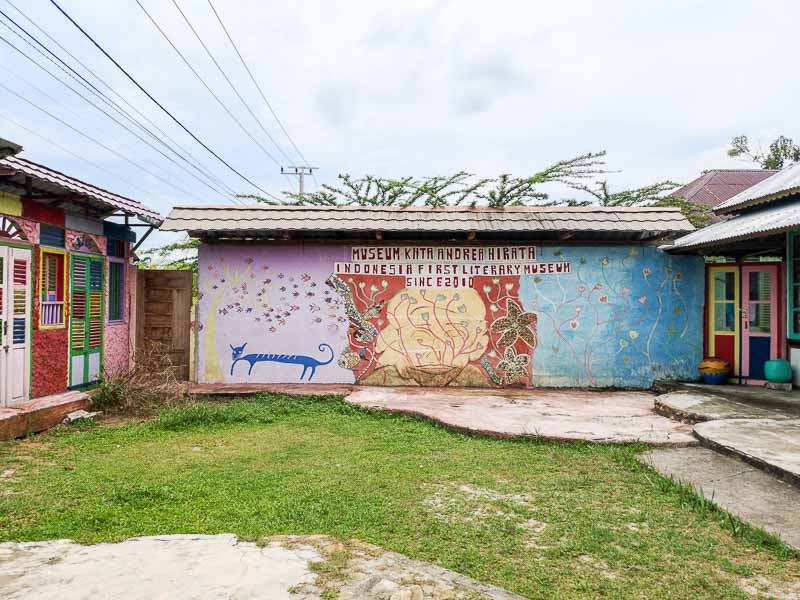 Named after the author who wrote the famous novel, Laskar Pelangi (The Rainbow Troops), the museum’s exhibits tell the journey behind the story that became Belitung’s pride. The novel itself is one of the main reasons that Belitung gained its claim to fame, as the movie adaptation was filmed on the island itself. The exhibits feature snapshots from the novel, quotable lines, stills from the making of the film adaptation and other iconic moments and inspirations. 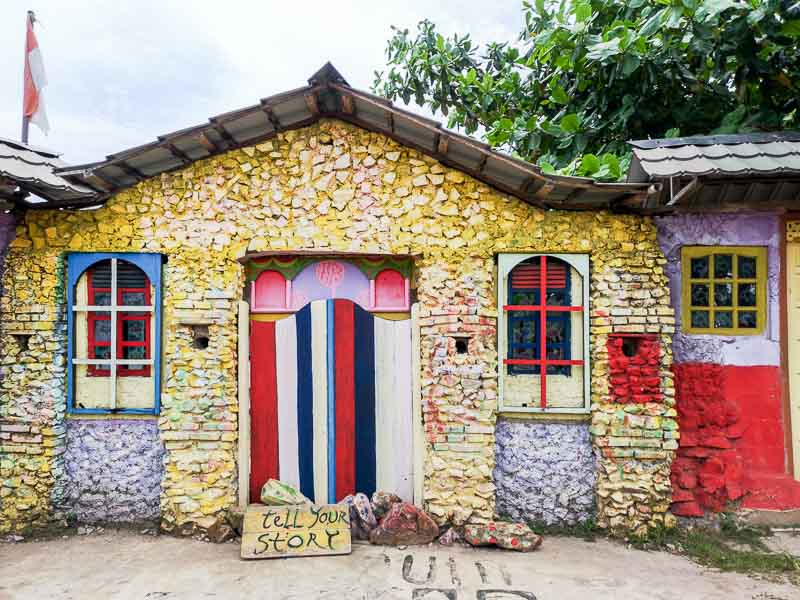 Not to mention, the museum is filled with numerous Instagram-worthy spots for you to take your #OOTD‘s and keepsake vacation photos. Speaking of Laskar Pelangi, you can also make the 30-minute journey from the city to visit the filming site of the movie, Tanjung Tinggi Beach. What’s most remarkable about the location are the looming and impressive granite formations that date around 250 million years old! Just be careful where your feet land as the rocks may require some agility and nimbleness on your part, but hey, anything for that perfect vacation shot, right? 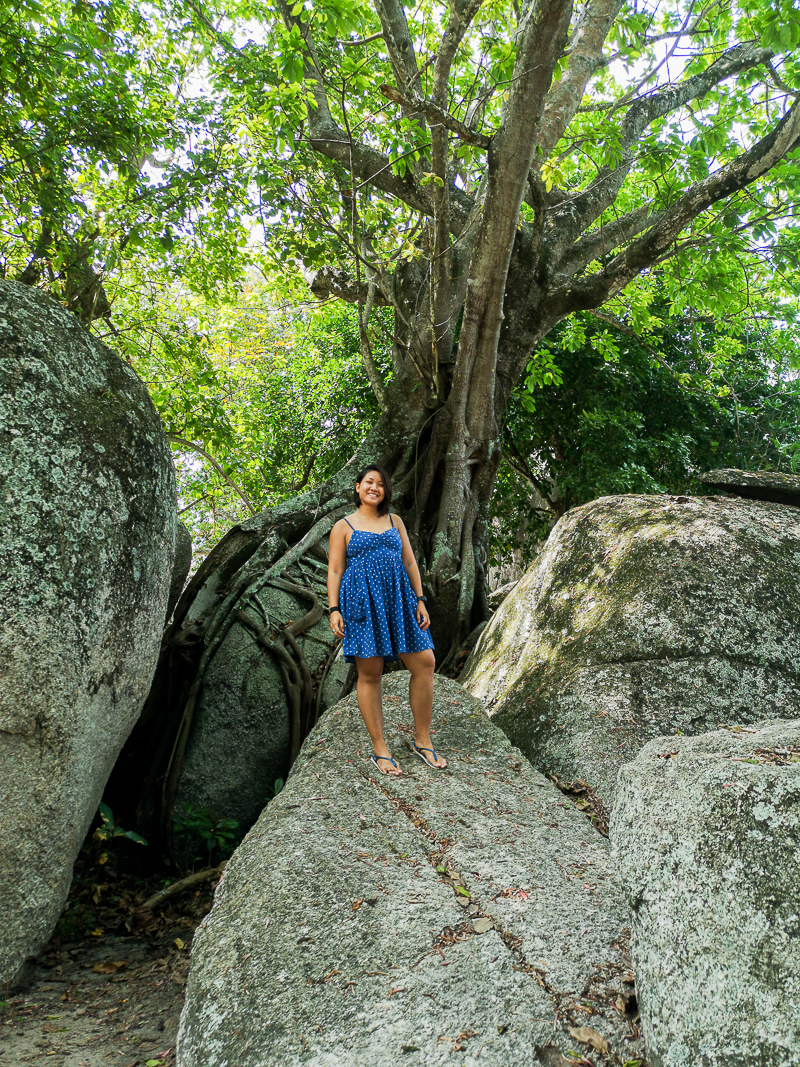 Take your pick of photo backgrounds, be it impressive granite rocks, majestic trees with equally impressive roots or the pristine surrounding waters. 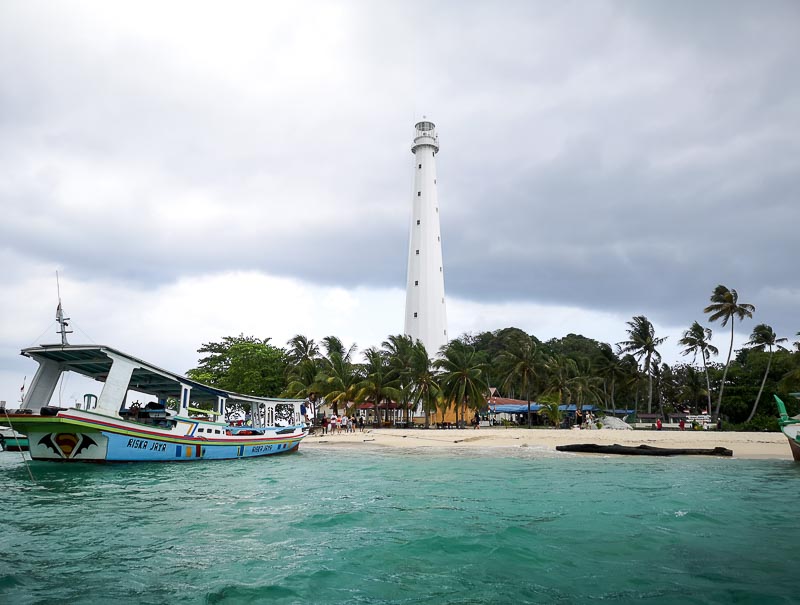 Recognised as one of the most beautiful islands you can take a short boat ride to (or as part of an island-hopping itinerary like I did), Lengkuas Island can be spotted a distance away thanks to its unmissable 130-year-old lighthouse. 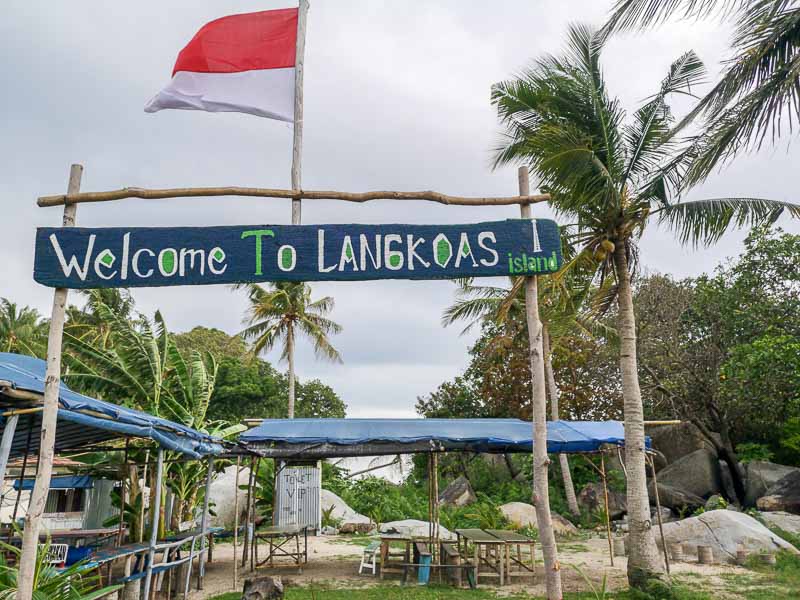 The island houses a turtle sanctuary and a small shack that sells snacks, drinks and simple meals like Indomie. You can also snorkel close to the island, but given the poor weather conditions that day, we had to wait for the rain to cease before we could take a dip. In the meantime, there’s no shortage of even more photo opportunities as the natural mountainous rocks serve as ideal platforms to assist you in posing with the sea as your backdrop. 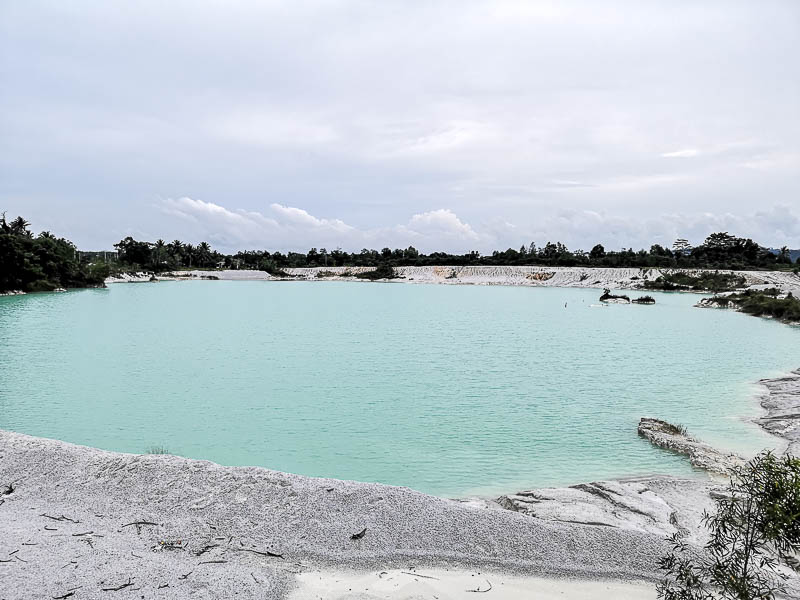 Make sure to stop by Kaolin Lake (also known as Blue Lake), which is an active mining site. Visitors aren’t able to go down to get a close look at the lake itself, but from afar, you’ll get to enjoy the bluish-green hue of the lake.

Its colour is all thanks to the dredging of kaolin material of up to 10 metres below the surface and is used to make ceramic artefacts. Kaolin is also used as an ingredient in cosmetics, soaps and other body care products. Be sure to keep an eye out for this spectacular sight when you’re looking out the plane window!

Prior to this trip, I hadn’t heard of Belitung. Now that I’ve had the chance to see its natural wonders and spectacular sites, I can say it has the potential to be the next holiday hotspot for Singaporeans. I do have to say, however, its land infrastructure still needs time to develop, and there aren’t many tourist facilities and hotels on the island yet.

But if remote and peaceful is what you’re looking for, Belitung should be on your vacation list for 2019.