A dessert shop that opened its doors to the public in December 2016, Beyond Pancakes is one of the few halal-certified dessert shops in Singapore — stupendous news for all of our Muslim buddies!

As its name suggests, pancakes are just one of the numerous signature items sold here, with a selection that would appease both midday snackers and dessert-lovers with a sweet tooth. 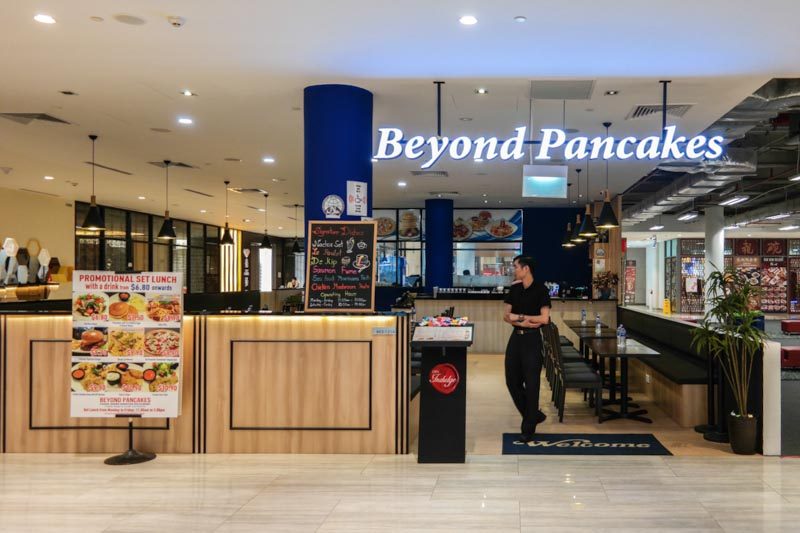 Located on the third floor of Marina Square, this shop occupies an area that can seat up to 55 people. With a very simple design and minimal decor, our attention was all set on the food. 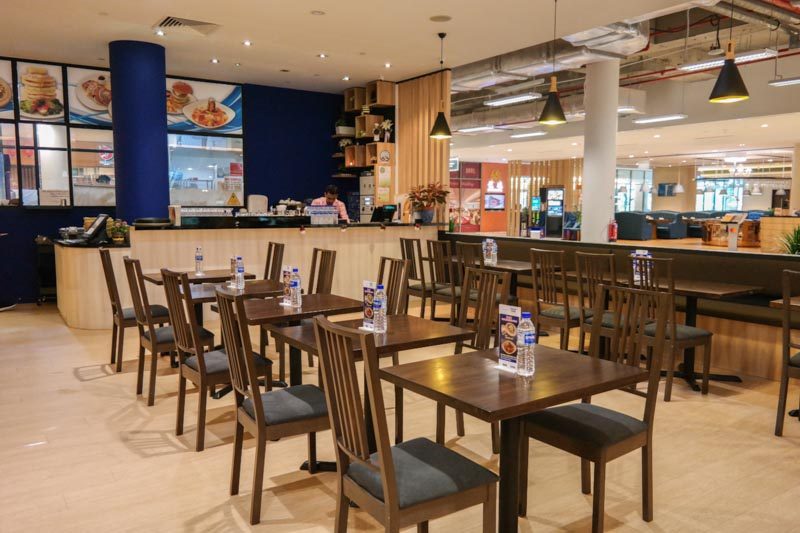 We started off our meal with the signature appetiser. The Nachos ($8.90) here stand out with Pannenkoek as the base, instead of the tortilla chips we’re used to. It also came with sun-dried tomatoes, spring onions and nacho cheese dips. 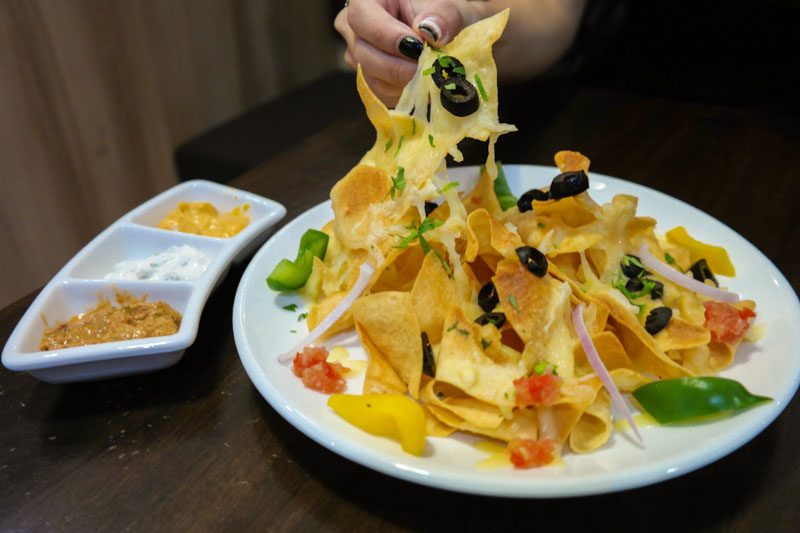 For those of you who had to do a double-take earlier, Pannenkoek is a Dutch-style pancake that is similar to crepes but thinner. The Pannenkoek resembled thin potato chips and was not greasy at all.

It was a nice change-up from the relatively thick tortilla chips that can get a tad too heavy. 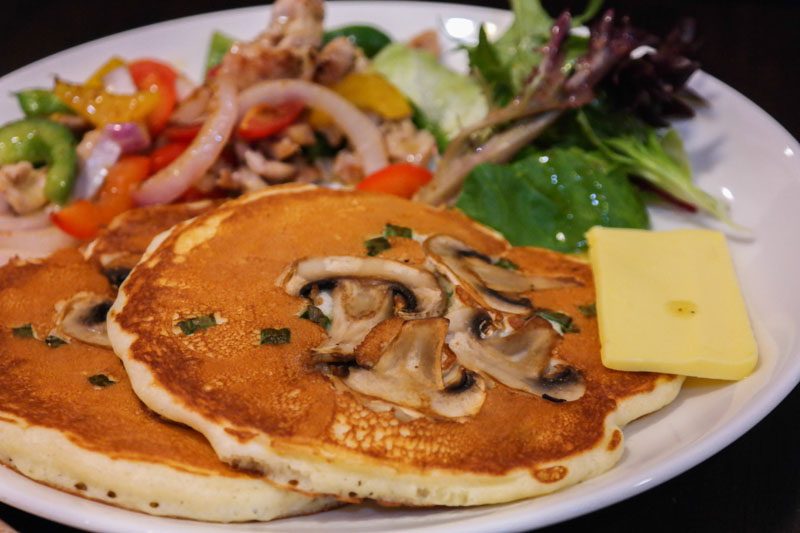 To ramp things up, we decided to try the savoury pancakes. The Le Poulet ($12.90) came with mushroom and spring onion pancakes, grilled chicken strips and a medley of vegetables in honey mustard sauce. 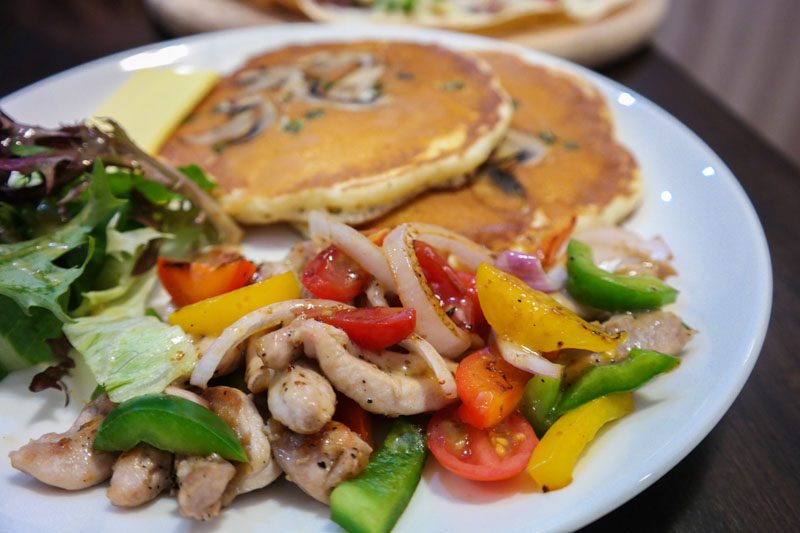 The pancakes were perfectly fluffy and soft, and with grilled chicken strips that were tender. A pity the honey mustard sauce was a tad too oily. 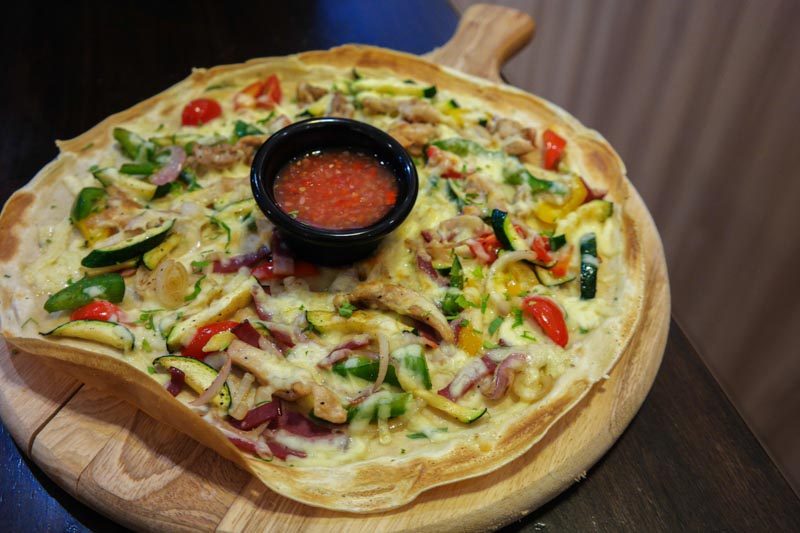 Another signature of Beyond Pancakes that used Pannenkoek as the base, the De Kip ($13.90) came in a portion size much larger than we expected. 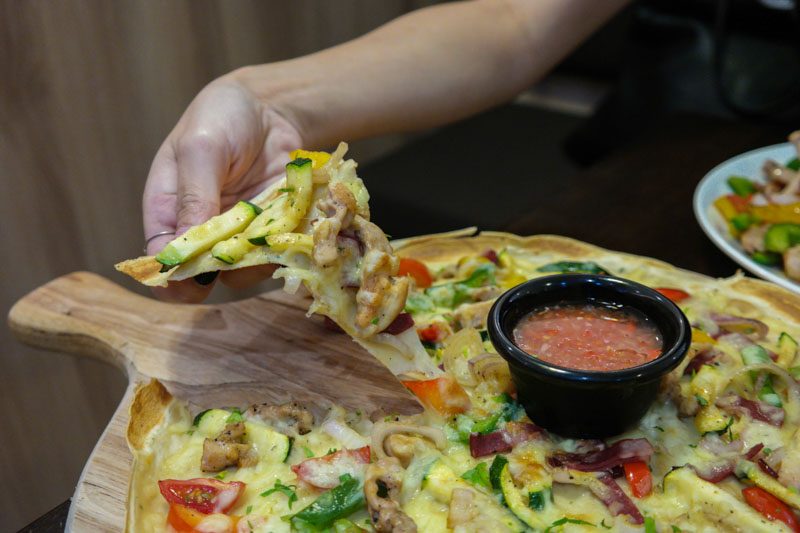 We loved the Pannenkoek base that was thin and crispy but felt that the entire dish lacked seasoning. Like before, the chicken strips were very well-executed — perfectly tender and juicy. 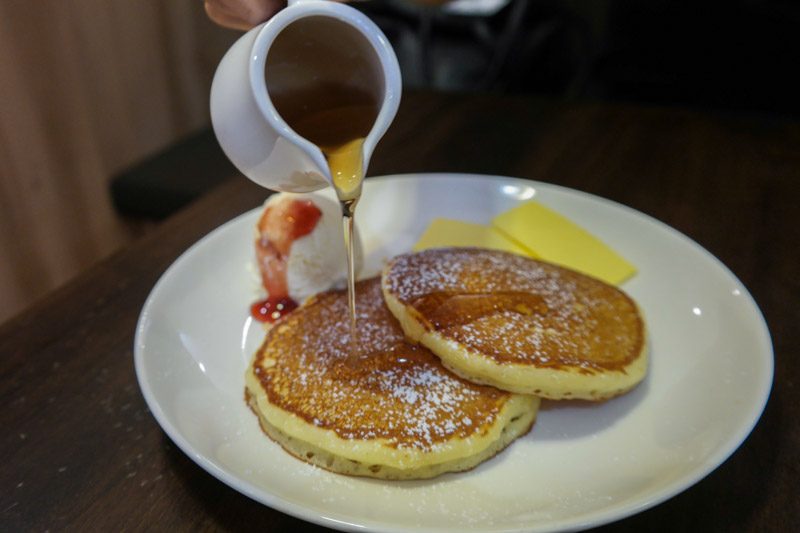 We eventually moved on to desserts and decided to put their pancakes to the test by ordering a short stack (consisting of two pancakes) of the Original ($5.90).

Doing justice to the restaurant’s name, the pancakes fared very well. It was perfectly fluffy and fragrant with a slightly crispy edge — I don’t know about you, but I love the brown edges of pancakes. However, they would have fared better without the ice cream that was akin to a store-bought supermarket brand. 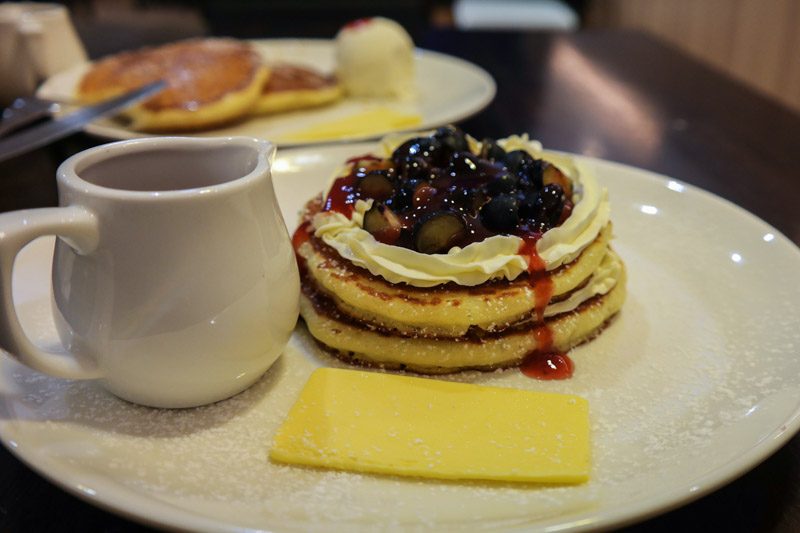 We also tried a fancier version of the pancakes, the short stack of Blueberry Cream Cheese ($10.90). 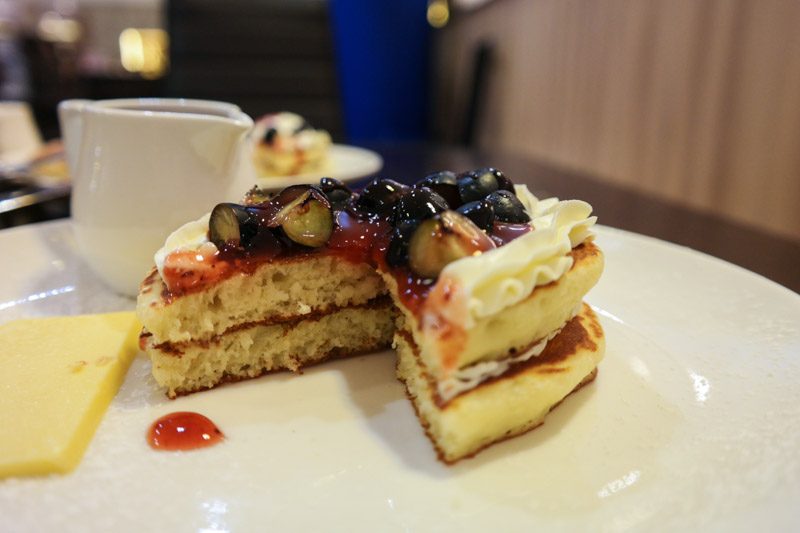 This came with cream cheese sandwiched between two pancakes and topped off with more cream cheese, blueberry sauce and fresh blueberries. If you’re a bigger eater, Beyond Pancakes also has the medium (four pancakes) or tall (six pancakes) stacks. 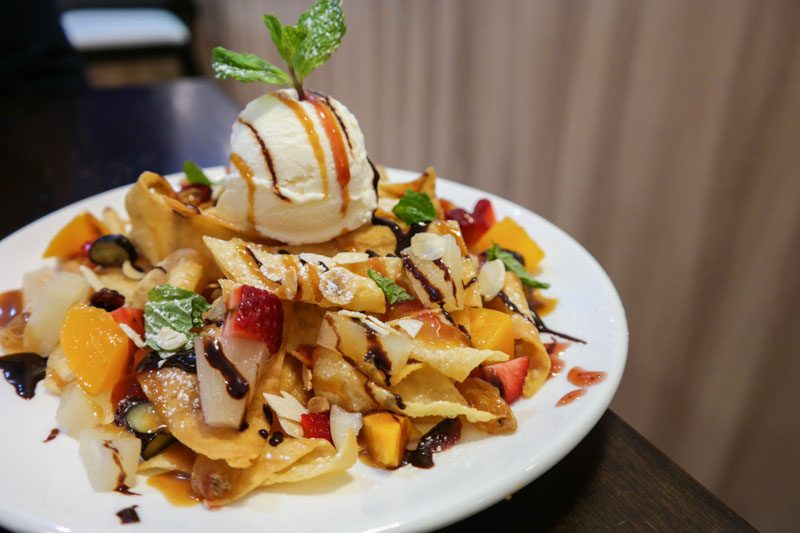 To end off the meal, we went for Mount Berry ($13.90). Have you had dessert nachos? Similar to the nachos we had earlier, this dish came with Pannenkoek chips, then drenched in chocolate sauce, maple syrup, topped with fruits and crowned with a scoop of ice cream.

Our only qualm was, again, the quality of the ice cream, and the fruits that seemed to have come out from a fruit cocktail can instead of being fresh.

The sweets fared better than the savoury for us at Beyond Pancakes, but the Dutch Pannenkoek is definitely something interesting for those who have never tried it.

If you ask me, I’d say go for the short stack of the Original Pancakes. Sometimes, things are just best kept simple.

Previous article食尚捞 (Steamov): Singapore’s Only Conveyor Belt Hotpot Concept
Next articleFood Philo: Build Your Own Plates With Big Servings At This Design-Savvy Restaurant In Changi