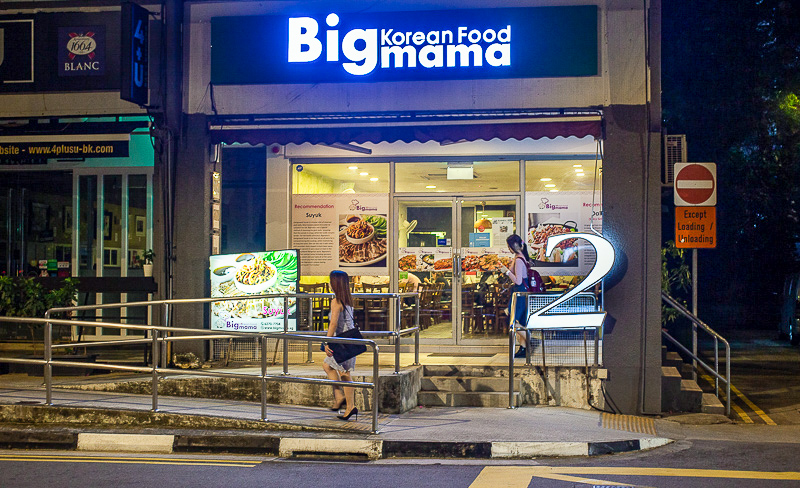 Tucked away in a lane near the buzz of Tiong Bahru, Bigmama Korean Restaurant is the home of authentic Korean Food. It might seem like any other regular Korean food place but it actually has a remarkable back story. The establishment was set up by a former caretaker and tutor, Candy Namgung Ji Young. who used to cook for her Korean students when they were studying in Singapore. Eventually, she set her mind to creating Bigmama Korean Restaurant in 2012.

Bigmama is well-known for being the only Korean restaurant in Singapore to serve a traditional Korean dish called Suyuk. Being Korean food fanatics, we decided to give this unprecedented dish a try. To start off, we had six traditional Korean side dishes, including kimchi and watercress Namul (edible grass or leaves). All of these dishes gave me nostalgic memories of my recent trip to Korea. One of the dishes that stood out for me was the water chestnut jelly.

Similar to the traditional Nokdu-muk (bean starch Korean jelly), this soft and silky tofu-like jelly melted in my mouth.

Nokdu-muk is usually paired with soya sauce and vinegar, since it has little flavour on its own. Bigmama adds a hint of spice to this dish, making it more appetising with the acidity and heat of vinegar and chilli. Bigmama Korean Restaurant’s speciality is Suyuk (S$25)— it’s the only restaurant in Singapore to serve this dish. Keeping to tradition, you can wrap the Suyuk here with vegetables.

When directly translated to English, Suyuk stands for “water meat“ but the dish actually consists of thinly-sliced meat that has been boiled and pressed. The restaurant opts for a healthier take on this dish with crunchy cucumbers and celery, and the meat is slathered with soya sauce and vinegar.

Additionally, customers can enjoy the wrap more with the bowl of spicy Kongnamul (soybean sprouts) to enhance the flavours. 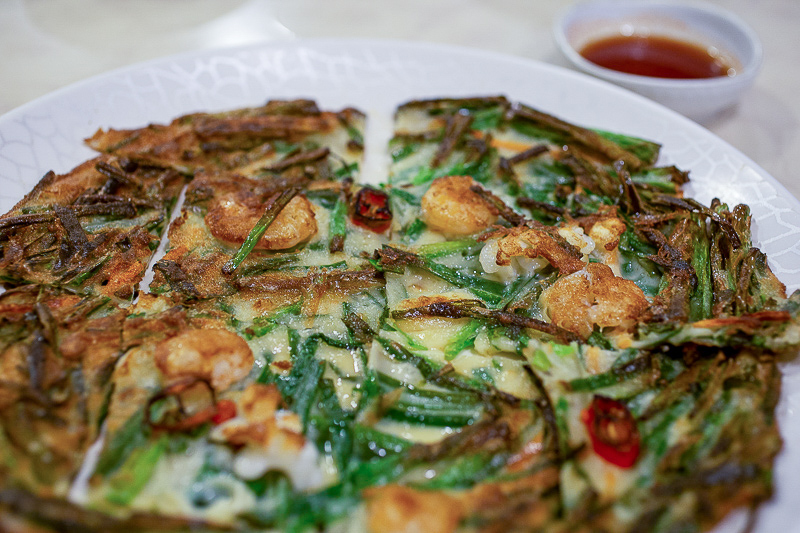 What is Korean dining without pancakes and a dish in a hot-stone bowl? We ordered Bigmama Korean Restaurant’s crowd-favourite Buchu Jeon (S$18)—garlic chive blossom pancake—as well as the classic Kimchi Soup. 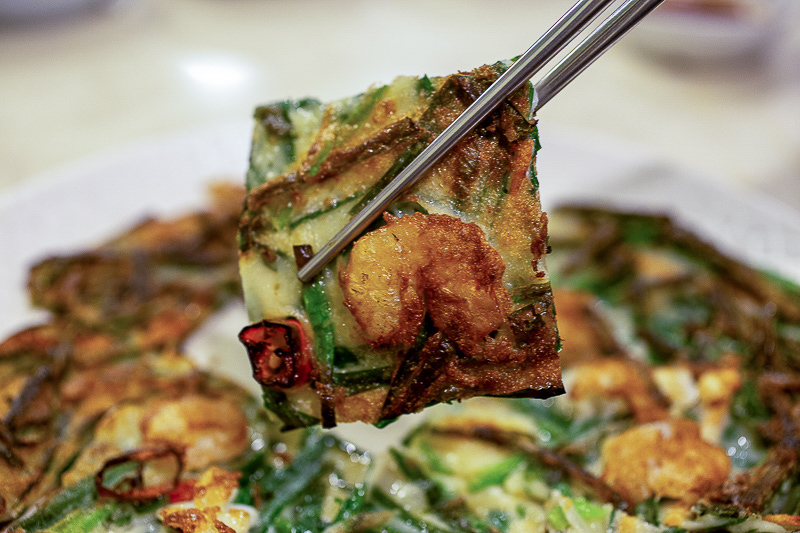 Bigmama’s Buchu Jeon is one of the many versions of pajeon (pancake) that Koreans enjoy as snacks or even main dishes.

If you are familiar with alcohol and food pairings in Korea, you would definitely know this is a match made in heaven. Makgeolli (Korean alcoholic rice wine) and pajeon is a common pairing in Korean and is available as a set at the restaurant. (S$35)

The pancake had a lovely crispy edge that I would personally look for in pajeon, and the tart dipping sauce complemented the delicate flavour of chives really well! The other classic dish that we ordered was Bigmama’s Kimchi Soup (S$15). The soup packed a punch from the spicy and tangy fermented kimchi. 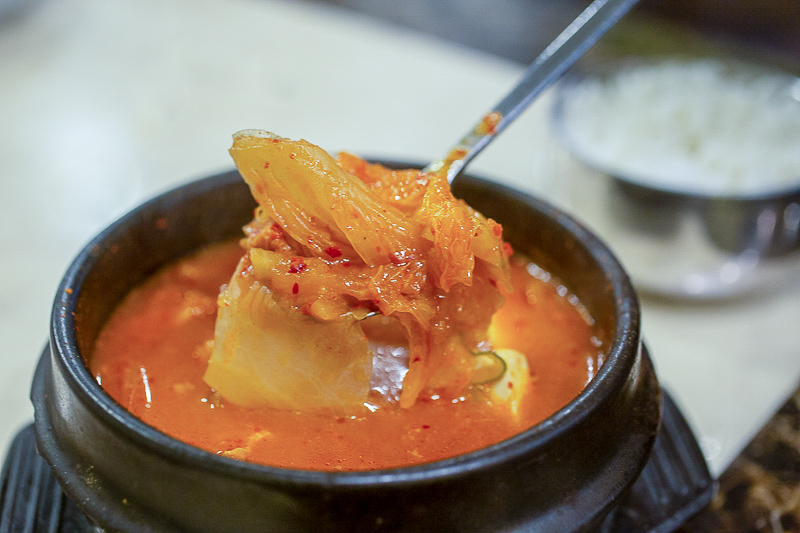 A common addition to kimchi stews is tofu, which has a mild taste, which makes it complementary to the spiciness of the kimchi. Even though, many commonly order this dish when eating at a Korean restaurant, I personally feel like it was wasn’t really worth the amount paid.

As a whole, I’d really recommend Bigmama to those who have never tried Suyuk. However, I would reserve this place for special occasions where I feel like splurging a bit more because the food is on the pricier end.