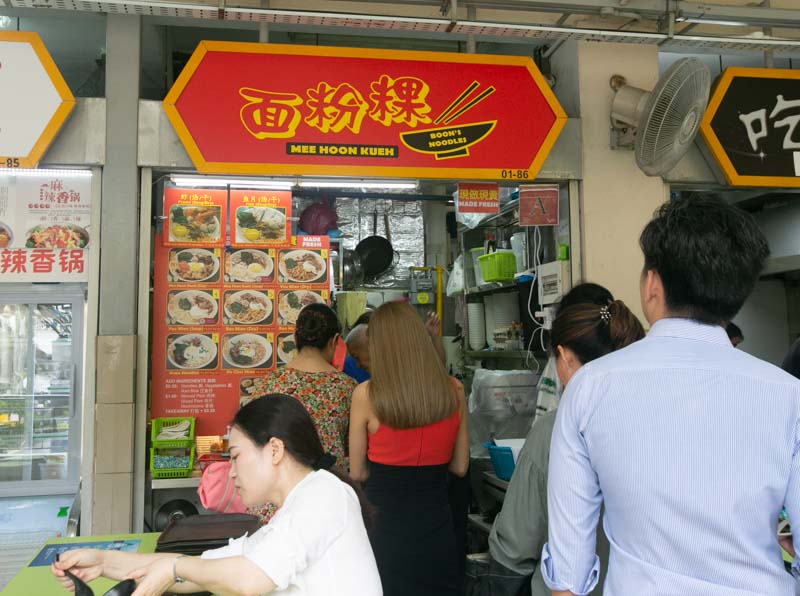 The objective truth as to why grandma’s cooking tastes “the best” isn’t because she’s grandma but probably because everything is handmade with the freshest ingredients.

I’m talking about food like dumplings or suan pan zi (Hakka abacus seeds) where a considerable amount of skill and freshness of ingredients sets it apart from processed factory produce.

Somehow, food prepared by hand is a difference you can taste. 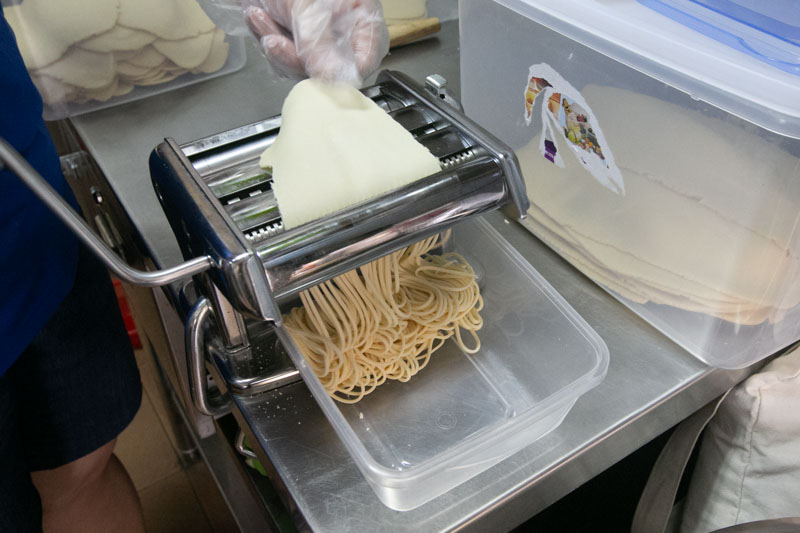 It’s a relatively simple dish to prepare, but difficult to master and perfect. Mee hoon kueh joins the list of foods where skill is needed to reach a level of grandma’s. For one, each sheet of noodle mustn’t be too thick or chewy. 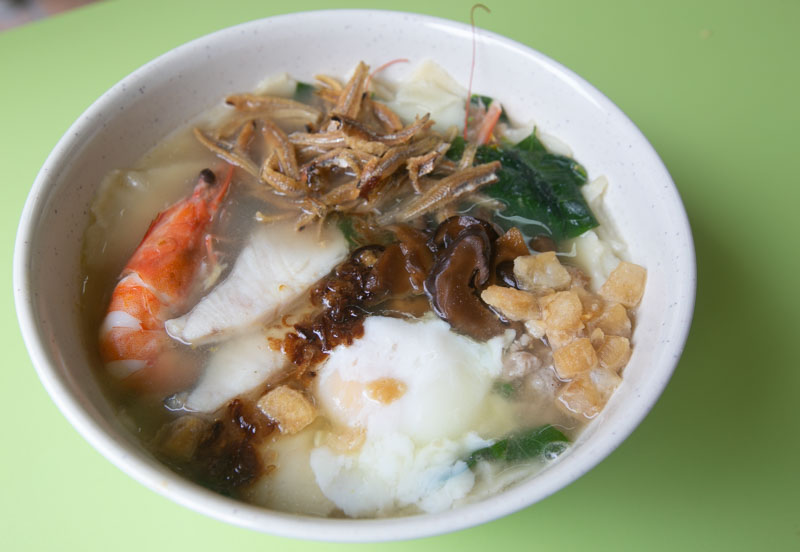 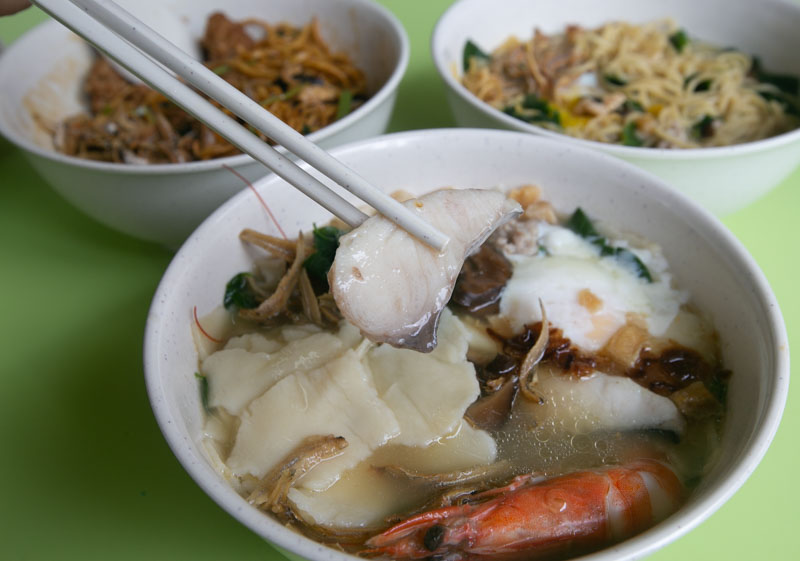 It’s available in a few variations, either with purely minced meat or with an addition of fish, prawns or a combination of both kinds of seafood (S$4.50/S$5.50). 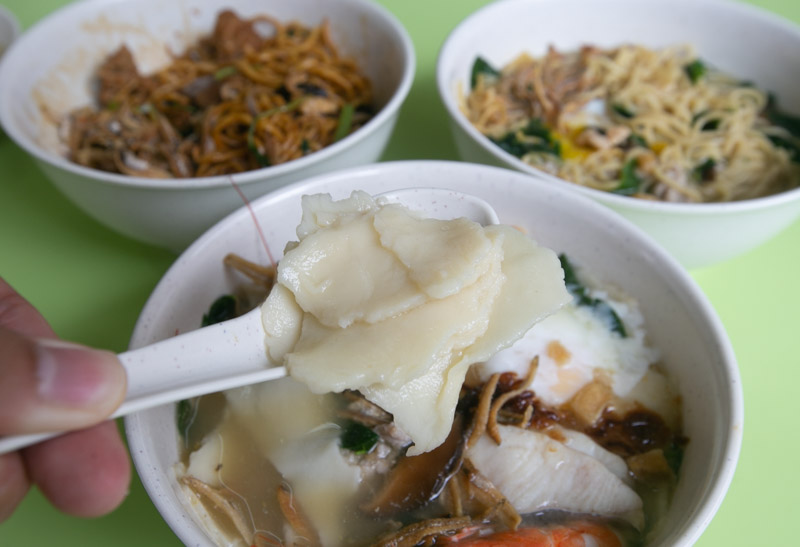 It was the moment of truth to testify that the freshly-made noodles were superior to processed ones. And indeed it rose to the occasion, being silky smooth and had a great springy texture.

The sleek pieces of noodles that needed quite a bit of chopstick skills to pick up definitely drew the line between freshly-made and mass-made noodles. It was much softer as well, but still had a good bite.

As aforementioned, it was definitely a difference you can taste. To illustrate better, the mee hoon kueh could be slurped up despite being distinctively broader than typical noodles because they were that smooth. 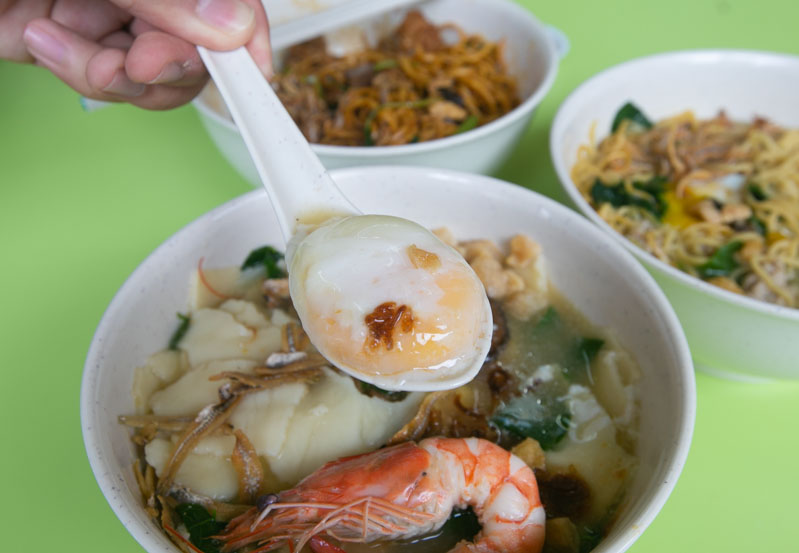 Most stalls rely on the boiling soup poured into the bowl or container where an egg has been cracked after the noodles are cooked. I prefer eggs with runny yolks, so it’s always quite a disappointment when they are overcooked or when the yolk is split before I can break into it.

At Boon’s, this wouldn’t be a problem because another feature of their noodles is the inclusion of their half-boiled eggs, or onsen eggs as they call it.

While some prefer the yolk to burst in their mouth, I’ve always enjoyed breaking the yolk over my noodles. The partly yolk-coated noodles had a somewhat creamy quality and further enhanced the taste of the soup. 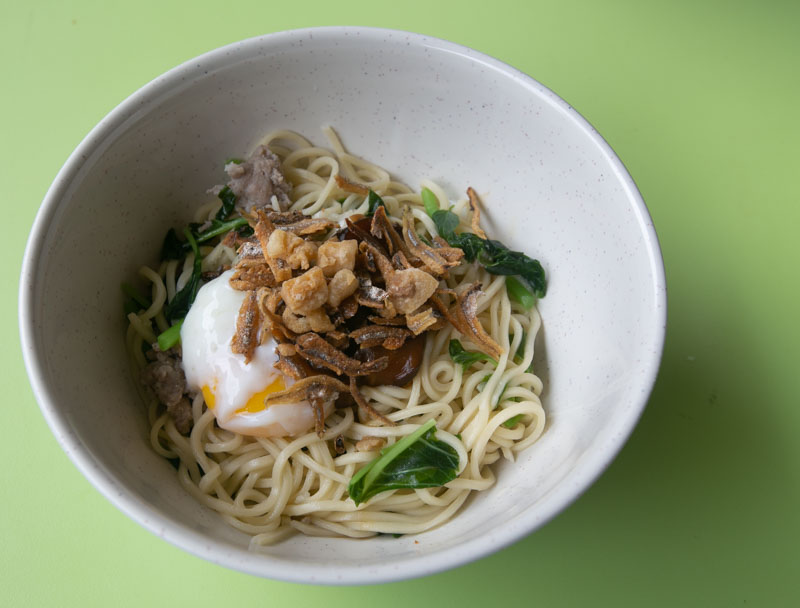 It was a very impressive bowl of noodles, where almost every component was prepared by hand, from their freshly-made noodles to braised mushroom and fried lard. 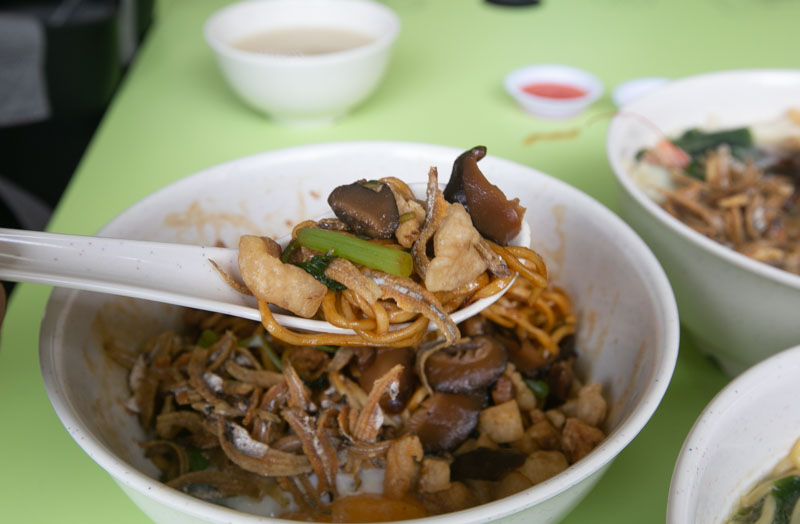 The soup was replaced by a savoury dark sauce which had a hint of sweetness as well.

Mixing everything together, the occasional crunch from the mandatory ban mian toppings like their ikan bilis gave even more flavour to their stellar bowl of noodles, not to mention the unmistakable fragrance of the fried pork lard which you are free to add as much as you’d like. 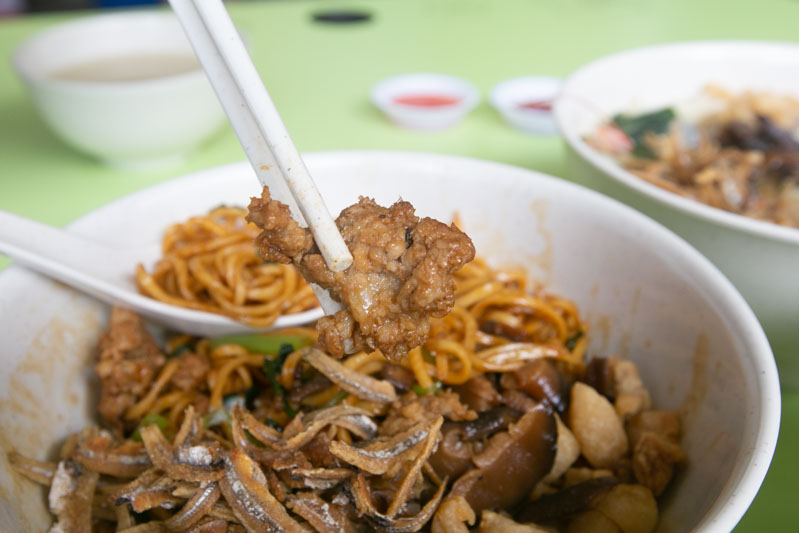 Another highlight of their noodles was their marinated minced meatballs which were of a good size and bursting with flavour. 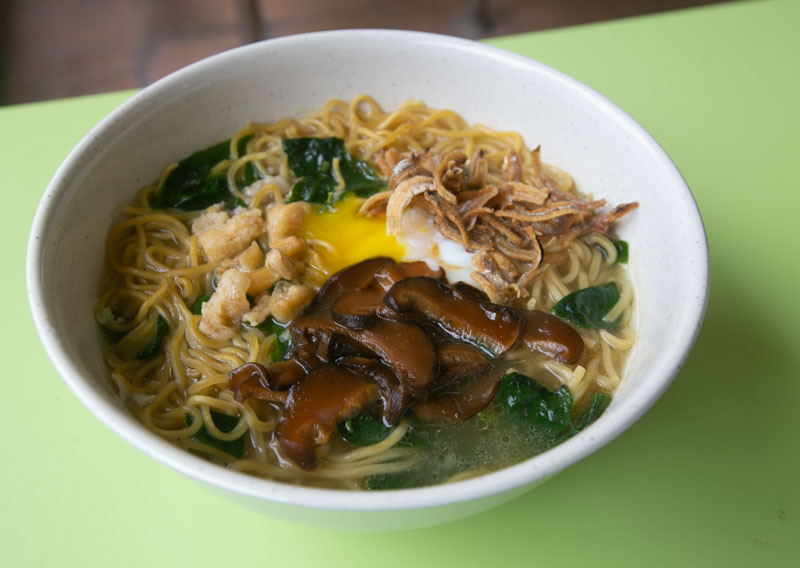 Their Po Chai Mian (S$3.50/S$4.50) was one of the few bowls on the menu where the noodles are not freshly made in-house. Despite that, the Po Chai Mian had the same toppings as with the rest of the other noodles which more than compensated for the processed noodles. A sign that you’ve grown up eating mee hoon kueh is that you’ve had it with sayur manis (sweet leaf) before.

Remembering this from grandma’s mee hoon kueh he had growing up, the owner Boon decided to include this now-rarely prepared vegetable. A predominantly leafy vegetable, its appearance reminded me vaguely of curry leaves. But unlike the rough texture of curry leaves, the sayur manis had a slightly waxy texture and was mildly sweet.

Knowing that this vegetable is not for everyone, the folks at Boon’s decided to include more mainstream vegetables like spinach as an alternative. It would’ve been quite an ordinary bowl of Po Chai noodles, if not for the flavourful toppings of minced meat and braised mushroom. Though the same master broth was used, the soup had absorbed the flavour of the eggy noodles.

We recommend having any of the noodles with their homemade chilli which has a spicy punch and slight tang.

I find it hard to fault the hearty handmade noodles at this stall; the amount of effort and skill put into each bowl is definitely reflected in the quality. Knowing that Golden Mile Food Centre has many good eats on both floors, Boon’s Noodles would still be a stall I’d repeatedly queue up for.