I think I speak for most people that the only times we find ourselves at Singapore Changi Airport is when we’re travelling out of this little red dot or receiving and sending off friends and family, right?

Airports are known as the hub to home the joy of reunion amongst people, as well as one that sees the hardest (and sometimes teary) farewells. Amidst all the emotions, a meal at the airport is one to have with the whole crew, be it pre-departure or post-arrival. 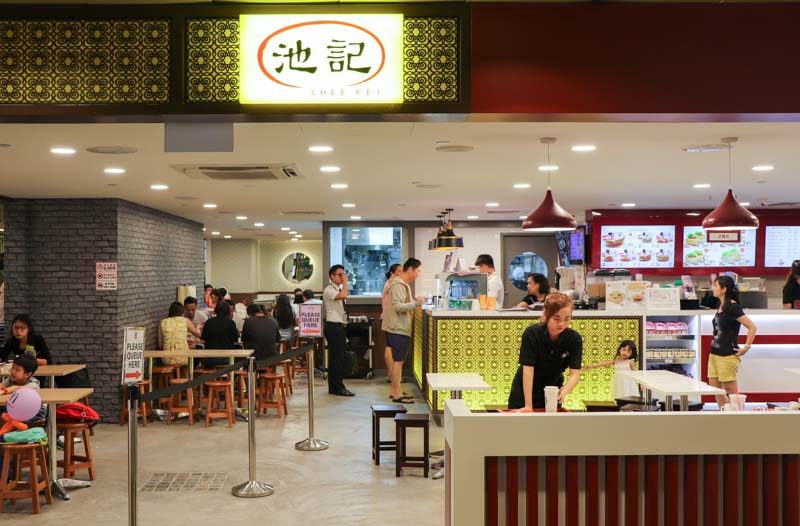 Amidst the string of eateries at Changi Airport Terminal 2, the well-known Hong Kong noodle house Chee Kei (池記) has opened its doors to the public.

The cha chaan teng shares the space with Ya Kun Kaya Toasts and operates 24 hours daily. For those with flights that depart or arrive at ungodly hours of the day, this will do the trick to satiate that hunger. 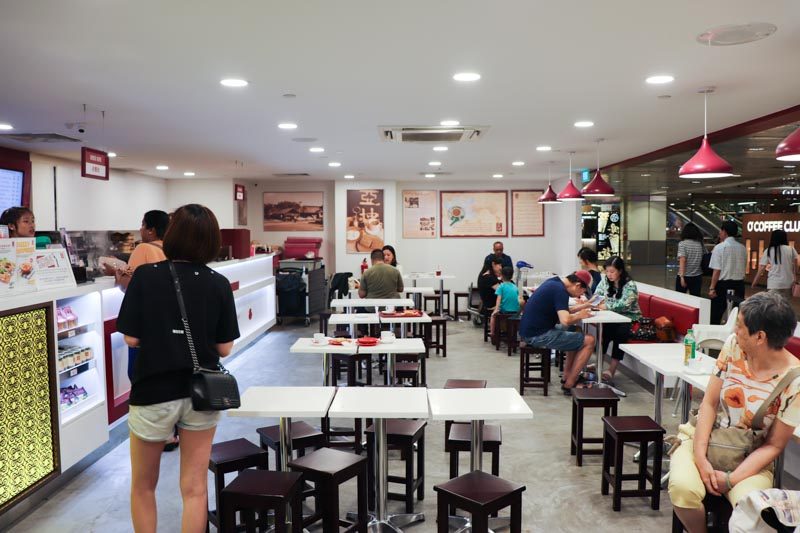 Unlike the Hong Kong restaurants, Chee Kei’s first Singapore outlet practised a self-service style of ordering and collection and seemed more of a casual joint, which was rather meh.

For its rather steep price, the least I expected was to be served. Then again, many were here just for a quick meal and comfort probably wouldn’t be one’s top priority. 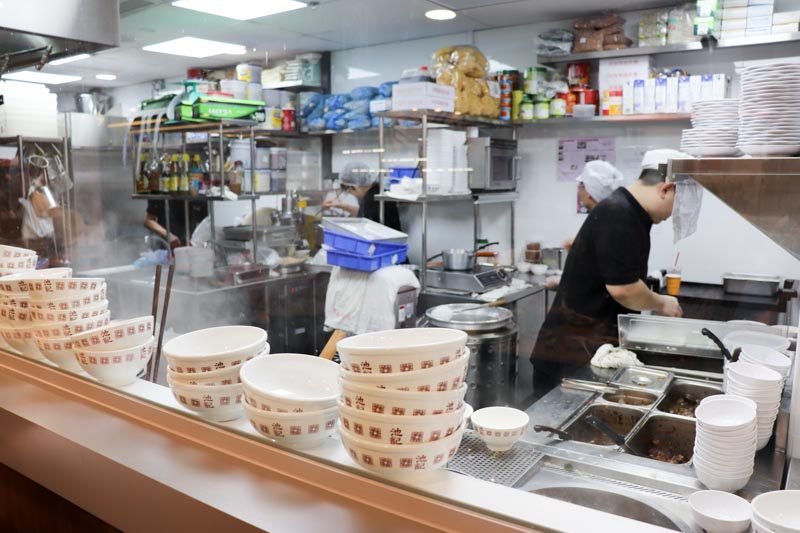 It was rather evident that more patrons were seated for kaya toast and eggs from Ya Kun and their queue was double that of Chee Kei’s as well.

I thought the hype for this relatively new Hong Kong chain would snake up a queue but I was proven wrong. Well, I guess only food will tell. Don’t be fooled by how full it appears to be, the bowl is actually much smaller than you think. Upon first look, we didn’t think this bowl was worth its price. 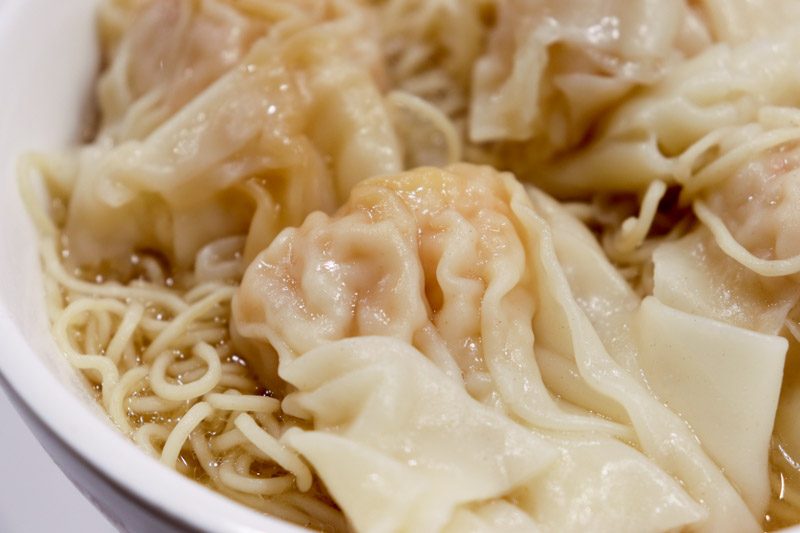 The shrimp wontons were average-sized and filled solely with shrimp. My dining companions thought it was a tad salty, but I fancied this balance with the earthy soup broth. The silky wonton skin wasn’t too thick and paired with the fresh shrimp filling perfectly.

Undoubtedly, the wontons didn’t disappoint. In a matter of seconds, all four of them were devoured. My only regret was not getting a separate bowl of shrimp wonton soup so there could be more to share with everyone! 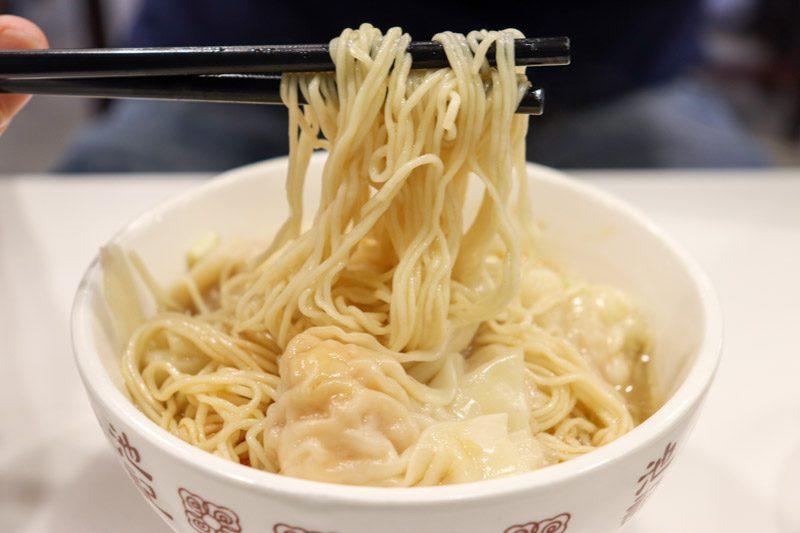 And of course, one of Hong Kong’s pride and joy – egg noodles. Chee Kei’s noodle consistency and texture will rekindle those memories you had in Hong Kong. Its springy, QQ texture gave the homely bowl a wholesome volume that all would appreciate.

Hands down, this deserved all the recognition it had. As much as the price would deter others from trying, this is worth coming back for. 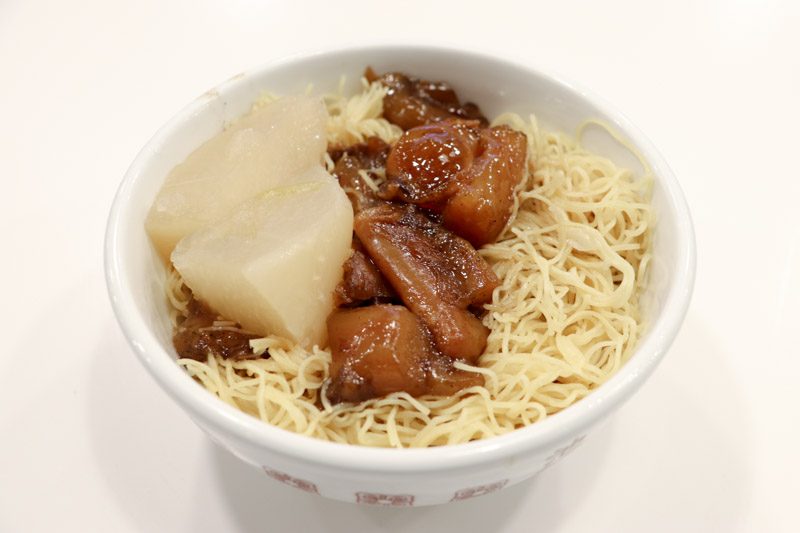 I thought I’d give the Beef Tendons Braised Noodle (S$8.95) a shot to see how Chee Kei fared with dry noodles.

It was served with a generous portion of fatty tendons that glistened under the fluorescent light and boiled turnip chunks. Plus, it was doused in a special marinade of Chee Kei’s house-made XO sauce. Pro-tip: Add some chilli oil if you enjoy a spicy kick! The sweetness from the turnips added a refreshing twist to the bowl and I was rather intrigued by how their special XO sauce gave the entire dish a savoury flavour that was extremely enjoyable. As usual, most beef tendons tasted the same and Chee Kei’s version didn’t differ from the stereotype.

The slimy texture was something one would have to be accustomed to and while this was a decent bowl of dry noodles, I couldn’t quite get used to the fatty tendons. Better to stick to braised beef if you prefer a meatier substance. 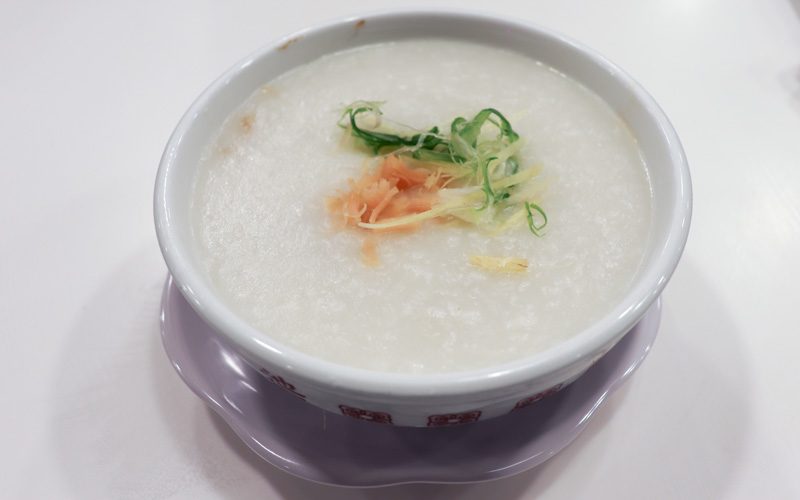 My favourite Hong Kong breakfast is a classic bowl of congee and I definitely wasn’t going to pass on trying one of Chee Kei’s renditions. The Shredded Pork and Century Egg Congee (S$9.95) may seem plain and simple on the surface, but this comforting bowl is not one to be undermined. 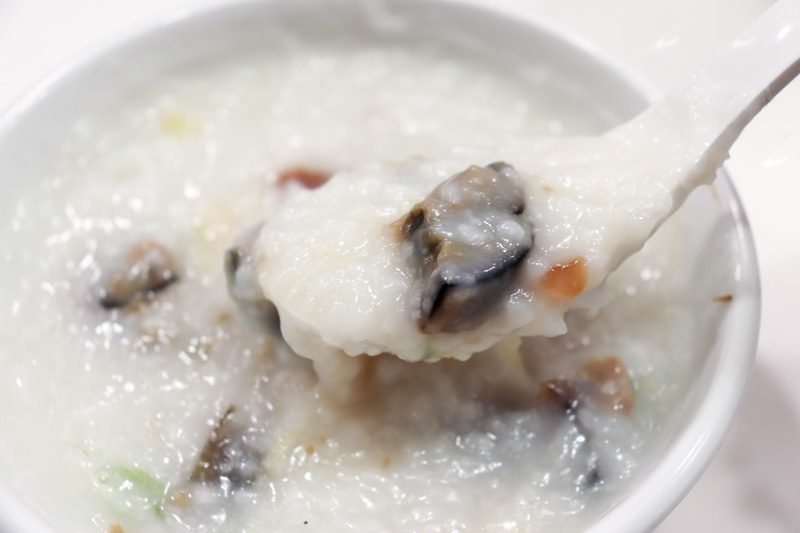 Hidden under the austere congee was a fair amount of century egg bits, shredded pork and shredded ginger. The silky congee hit all the right spots in terms of flavour, and most importantly, the ingredients to congee ratio left every scoop hopeful with a bit of everything.

I didn’t think Chee Kei would nail it on the head with their congee and I must say, this far exceeded my expectations. Taste? Check. Portion? Check. Price? Uh… Lastly, we had the Dumplings in Chilli Oil (S$10.95). These dumplings were not the same as the shrimp wontons Chee Kei’s well-known for and we braced ourselves for a delectable treat. 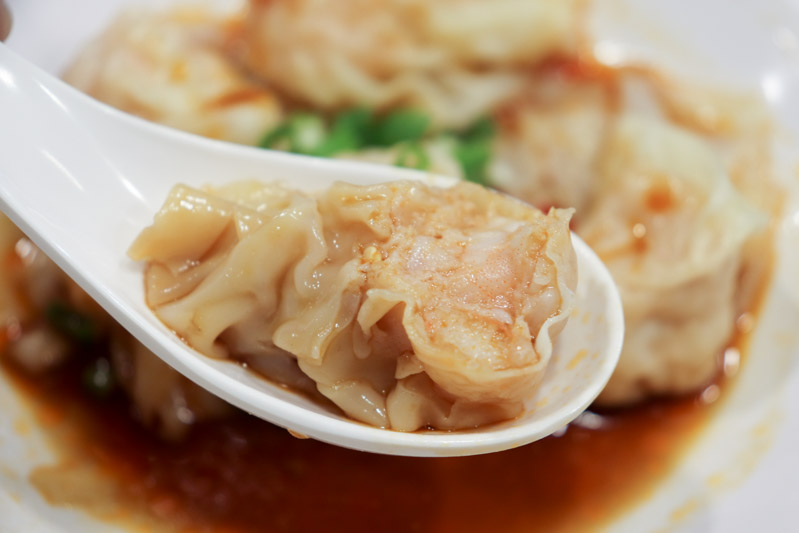 Unfortunately, these five dumplings didn’t impress. Firstly, S$2+ for one dumpling? They were the same size as any other wontons sold at hawker stalls and this steep pricing was certainly not worth it.

Secondly, after having those juicy shrimp wontons, this version just couldn’t compare. It tasted like any average wonton and I would settle for those instead of this. However, the chilli oil was tangy and had a sharp kick of spice which did the dish some justice. Overall, I would advise giving this a miss. 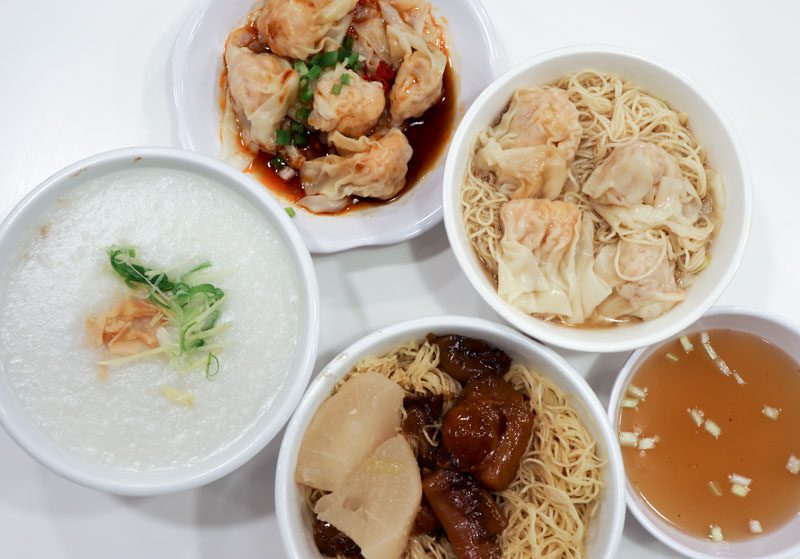 If you’re an avid fan of Hong Kong delights, Chee Kei is bound to have something in store to satisfy those cravings. But don’t expect too much from the casual eatery, I’d stick to getting the shrimp wontons or congee if I return.

I love Hong Kong and I travel every other year to drown in the infinite choices of noodles, congee and dumplings. With Chee Kei bringing the heart of Hong Kong cuisine much closer to me, I am rather thankful for their opening.

However, it’ll never replace the experience of indulging in these classic bowls over at a bustling cha chaan teng along the streets of Causeway Bay. Until my next trip, I guess I’ll have to settle!