Hunting for a new haunt to meet all your zi char needs? Have no fear, “Dai Lou” is here. 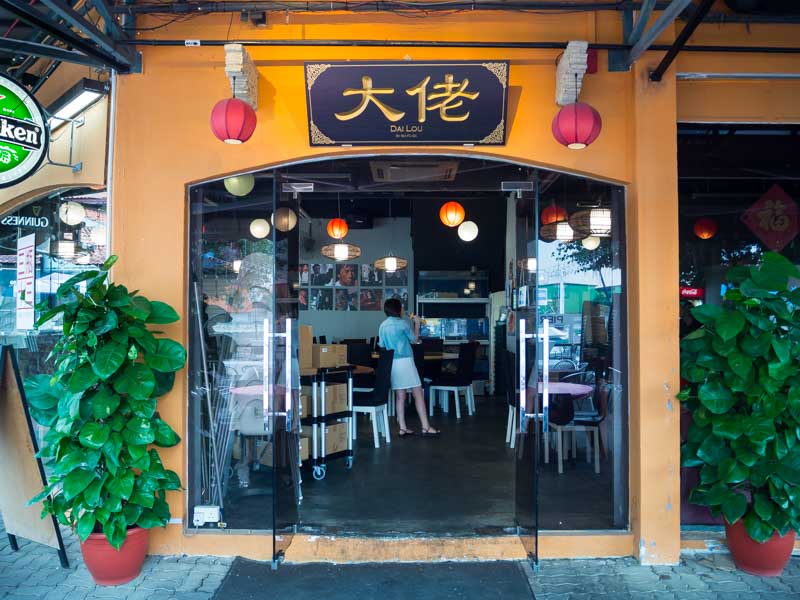 Boasting a stunning Punggol waterfront view, Dai Lou is a Cantonese family-style restaurant at Marina Country Club that proudly features a wide array of both traditional zi char selections as well as sumptuous new creations if you are feeling adventurous.

The restaurant thematically likens itself to the gangs seen in classic Hong Kong action movies, in how the head chef — the “Dai Lou” (Cantonese for ‘big boss’) — takes care of his diners. 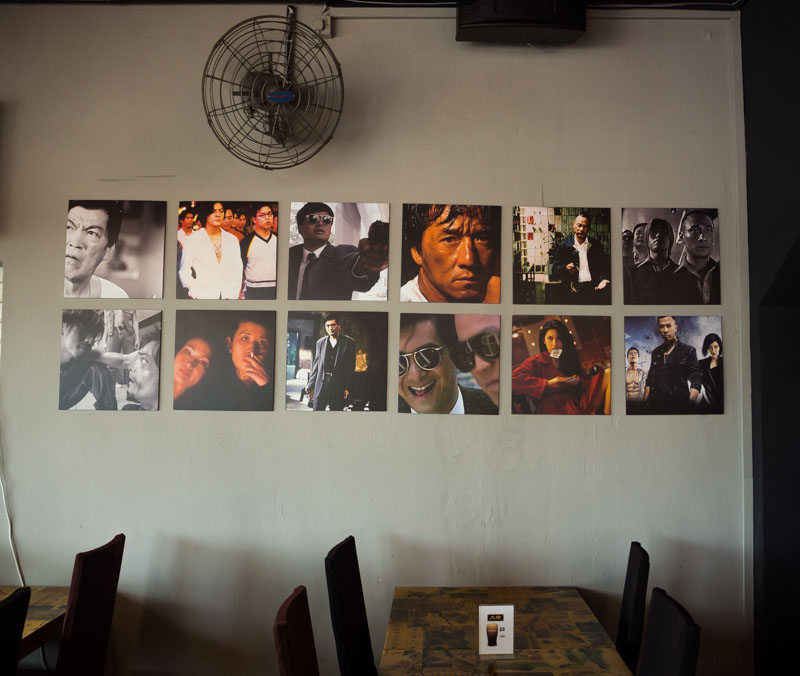 In line with the theme, Dai Lou even has a mural inside with photos of iconic Cantonese film scenes. With both alfresco and indoor dining, and even a karaoke machine, “Dai Lou” does his best to make diners feel at home and welcomed into his ‘gang’. 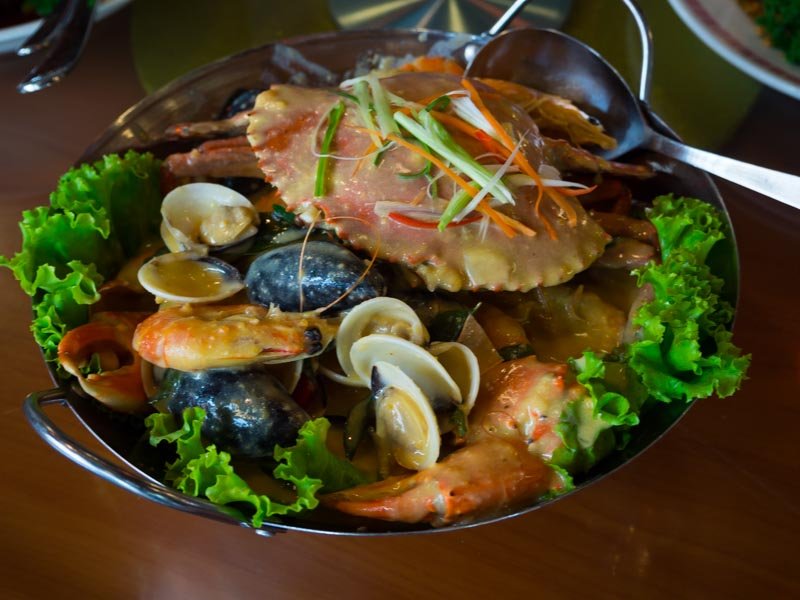 First up, “Dai Lou” served up his signature Dai Lou’s Money Bag ($50.90). Intrigued? In this dish, “Dai Lou” shows us his unique Asian-inspired take on the classic Louisianan dish, ‘crab in bag’. Hence, the name ‘money bag’ was born.

And indeed, the bounty was as rich as the name suggests. This delicious pot was full of the typical ‘crab in bag’ goodies hidden beneath the crab shell (the bag) such as sweet corn, prawns, mussels, clams and of course, crab meat. To cater to our fickle Singaporean palate, “Dai Lou” has generously created two different versions of the Money Bag, each with their own unique sauce. The first was a sweet and spicy tomato-based sauce that oh–so-beautifully coated all the seafood treats in the pot. The second, and my personal favourite, was a savoury salted egg and black pepper sauce that had me craving for more.

It was exciting digging inside the ‘money bag’ and unearthing the little morsels of seafood treats within. In particular, I was impressed by the Sri Lankan crab meat which was soft, moist and paired well with both of the savoury sauces. Si bei shiok ah! 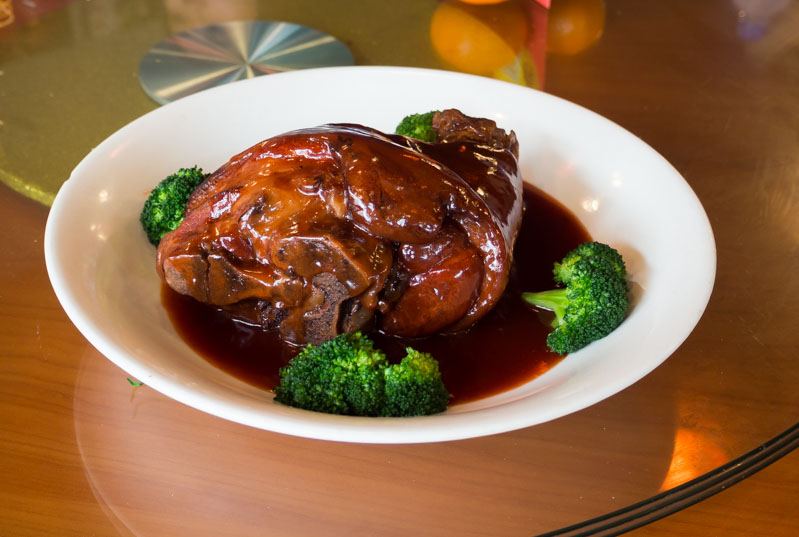 One of the popular dishes at Dai Lou is his famous Knuckle Duster ($26), which is a chunk of succulent pork knuckle steamed meticulously for five hours and then coated in a tasty Thai-style sauce.

At our tasting, however, in light of Chinese New Year 2018, “Dai Lou” treated us to a different version created especially for the festive season. The Honey-Glazed Pork Knuckle ($26), which is steamed for just as long, to retain its moisture.

I really enjoyed the combination of the juicy pork knuckle meat, which had a good amount of fat, with the sweet dark sauce. Be sure to get it before the festive period is over. I cannot wait to talk about the next one: Honey. Pork. Cubes.

Dai Lou’s Honey Pork Cubes ($10 for small, $15 for medium, $20 for large) was all the rage among diners, myself included. To make this delectable diced pork belly cube dish, “Dai Lou” tenderised the meat in both milk and honey, before deep-frying and then stir-frying it.

His dedication to this delightful dish was evident in the juicy, yet restrained sweetness of the meat that just melted away in my mouth. An absolute show-stopper; need I say more? 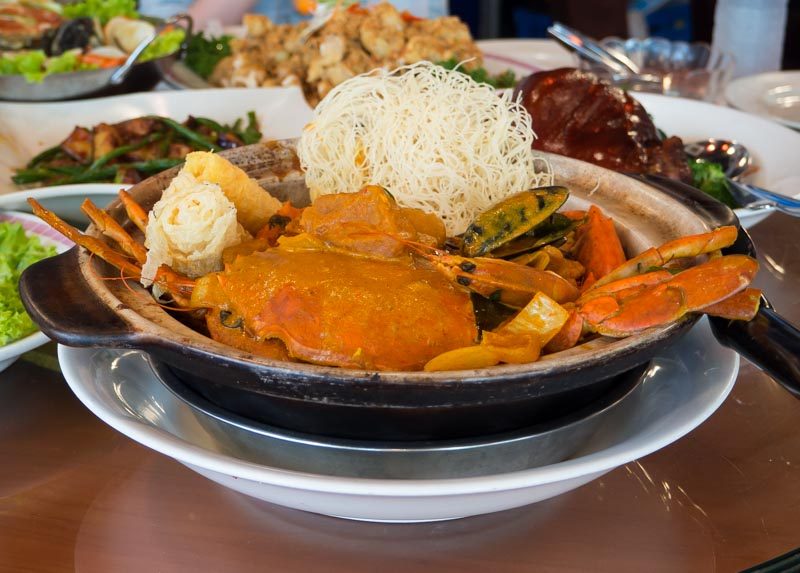 We were then recommended the newly-added Claypot Curry Crab Beehoon ($54.80). Apart from the generous repertoire of seafood ranging from clam to crab, the pot had a plentiful amount of curry that was rich, milky and just a tad spicy. The contrasting textures from the crunchiness of the french beans to the softness of the brinjal, all tied together with the spicy sambal, giving this dish a refreshing taste in an otherwise decadent meal. 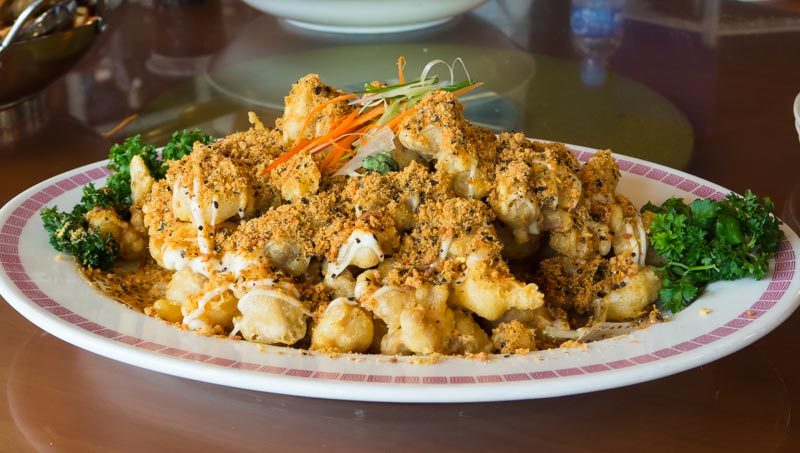 Personally, the succulent chicken combined with the chicken floss and the sweetness from the mayonnaise made this dish an absolute standout. We just wished that “Dai Lou” would have shared with us his recipe for his golden sand batter that made the chicken beautifully crisp so we could recreate it at home — but he’ll probably have to kill us before we get our hands on his secret recipe.

While Dai Lou may seem like a run-of-the-mill zi char restaurant, I was really impressed by the painstaking effort put into serving high-quality dishes. With heartening and familiar flavours, together with a cosy interior and very hospitable staff, “Dai Lou” welcomes you to join his ‘gang’ for a comforting and overall enjoyable dining experience.

So come on down to Dai Lou. You don’t have a choice. “Dai Lou” says come, you better come!