Deanna’s Kitchen: Halal Prawn Mee With Crayfish, Clams & Giant Prawns That Will Keep You Slurping Till The Last Drop At Toa Payoh 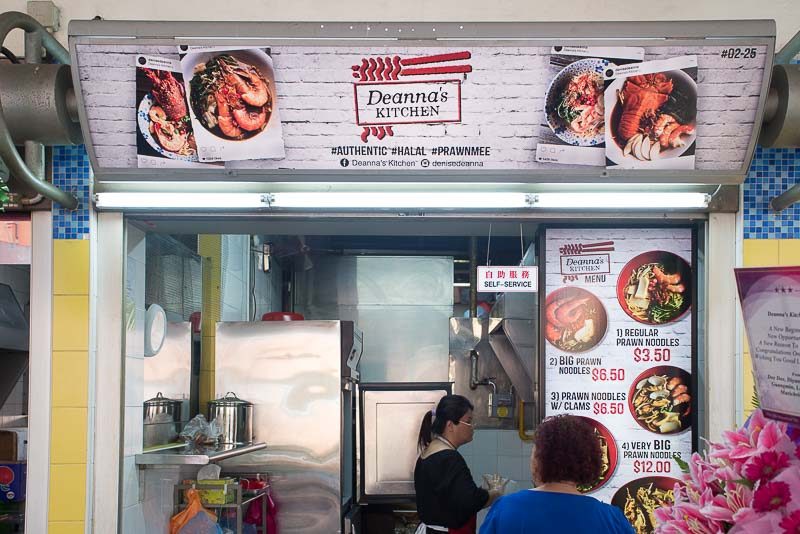 One of the newest additions to the Toa Payoh West Market & Food Centre (Lorong 1), Deanna’s Kitchen is serving up halal prawn mee with luxurious add-ons such as crayfish and giant prawns at relatively affordable prices.

I’m always excited to try hawker stalls that offer only one dish — it reflects the owner’s pride and, more importantly, confidence in the signature dish the stall has to offer. 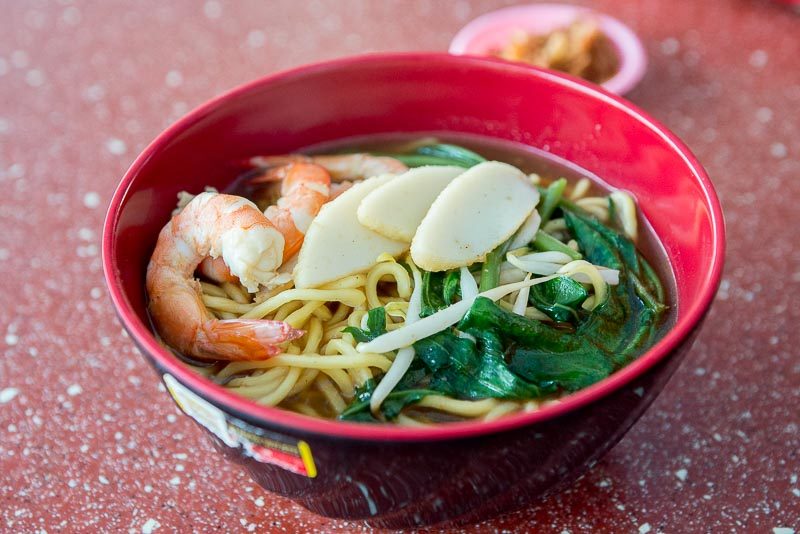 Starting with the most affordable option, we had the Regular Prawn Noodles ($3.50).  It was served with a generous amount of noodles, broth and three firm and crunchy prawns that came already peeled.

If you love slurping prawn mee broth but hate / fail at peeling prawns, go for this dish.

The highlight was definitely the broth; it is really impressive how Deanna has managed to create such a rich and flavourful broth without the usage of any pork at all, which has been traditionally a key ingredient in prawn mee. 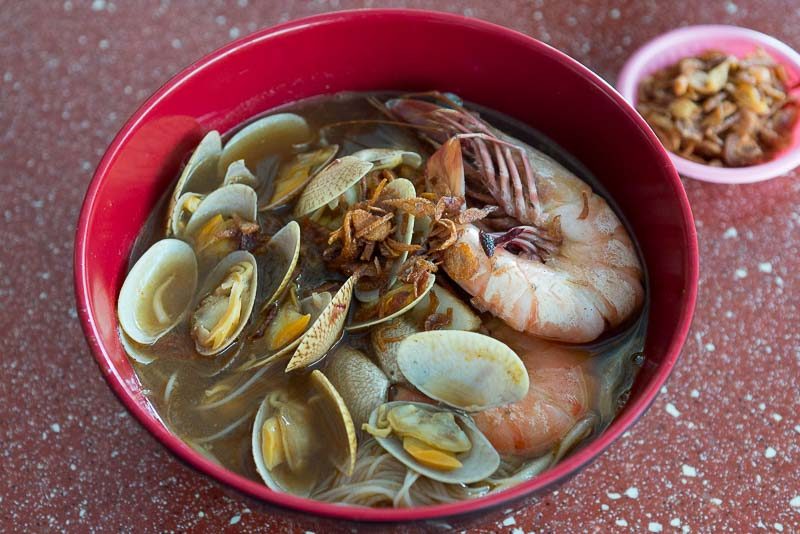 Next, we tried a more ‘zenged‘ version with the Prawn Noodles With Clams ($6.50). The broth took on a more complex form — savoury, slightly sweet and briny — as a result of the clams releasing its flavour into the soup.

While the broth in the regular bowl was already pretty good, I found myself preferring this version even more. 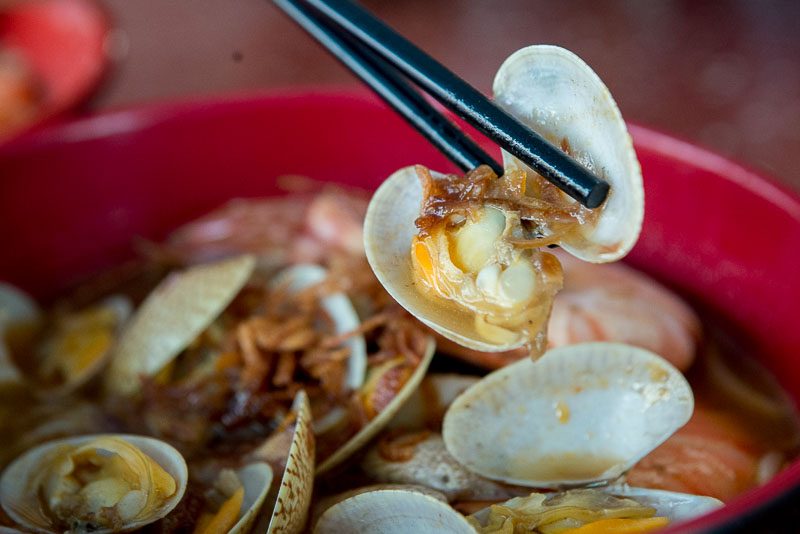 The clams here didn’t disappoint as well. Firm with a nice yielding chew to it, we had fun getting every morsel of flesh out of the shells.

While the clams didn’t pack too much flavour, it was probably because it all got extracted into the broth so we’re giving a pass on it since the texture was still enjoyable. 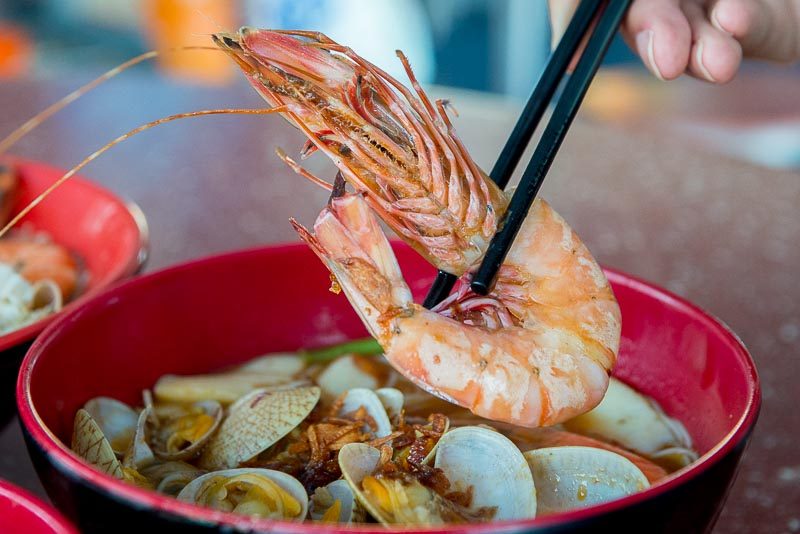 Deanna had already run out of regular prawns when we ordered this so she very kindly replaced them with giant prawns instead — the prawns for this dish are usually regular-sized.

Super meaty and plump with a very enjoyable crunch with each bite, it truly doesn’t get any better than this. It was totally worth the trouble to peel it out of the shell. Don’t forget to suck out all that briny goodness from the prawn head too! 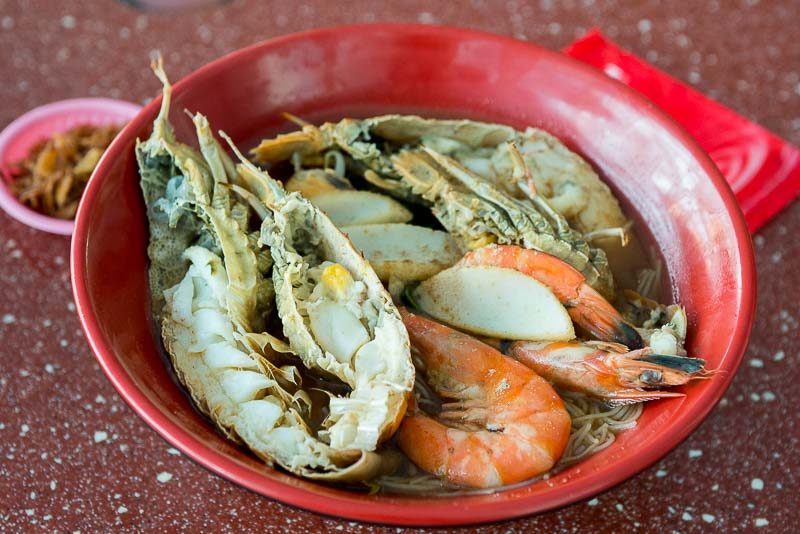 Of course, we saved the biggest (and priciest) for last with the Prawn Noodles With Crayfish ($12.50). With four crayfish halves and three regular prawns, the amount of seafood in this bowl was definitely not lacking. 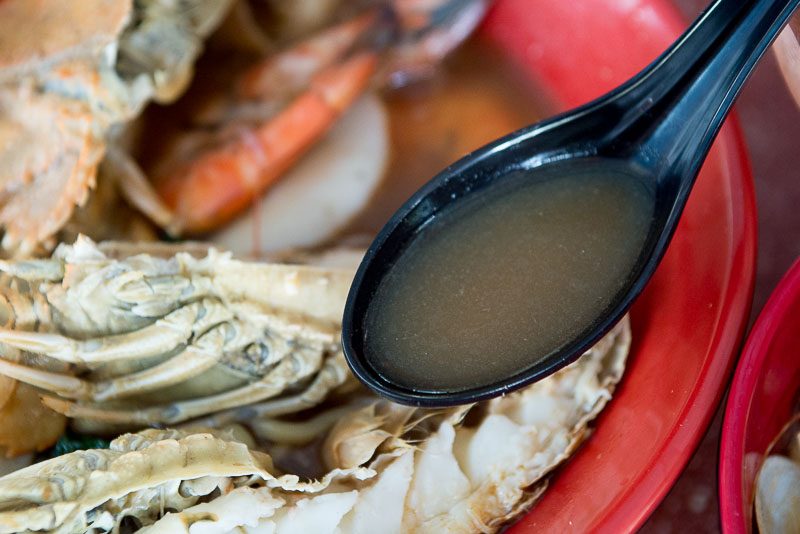 Like the previous bowl, the broth here was similarly complex with faint briny aftertaste that kept me slurping till the last drop. 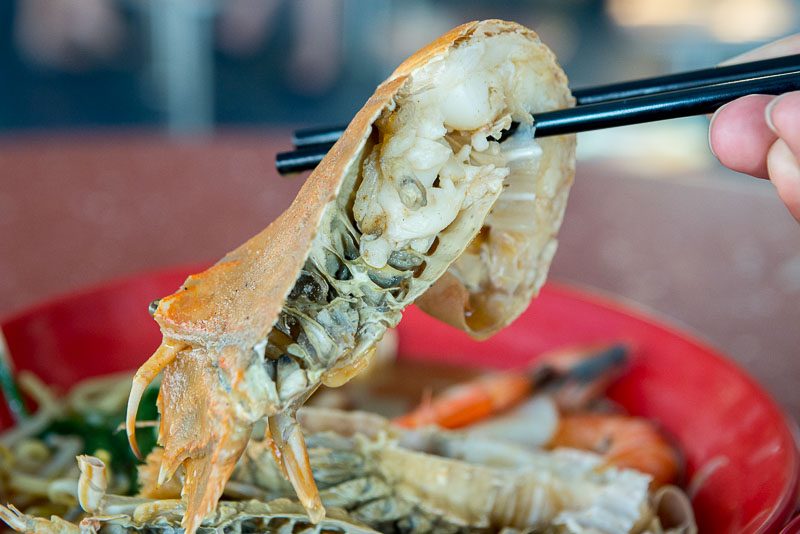 As for the crayfish itself, my dining partner and I were split on our verdict. While we both agreed the meat was sweet and flavourful, the texture of it was a little too soft for me.

I would have preferred a firmer texture but my dining partner was perfectly alright with the crayfish as it was. No matter what, I definitely had fun using the empty crayfish shell as a spoon to drink the soup with! 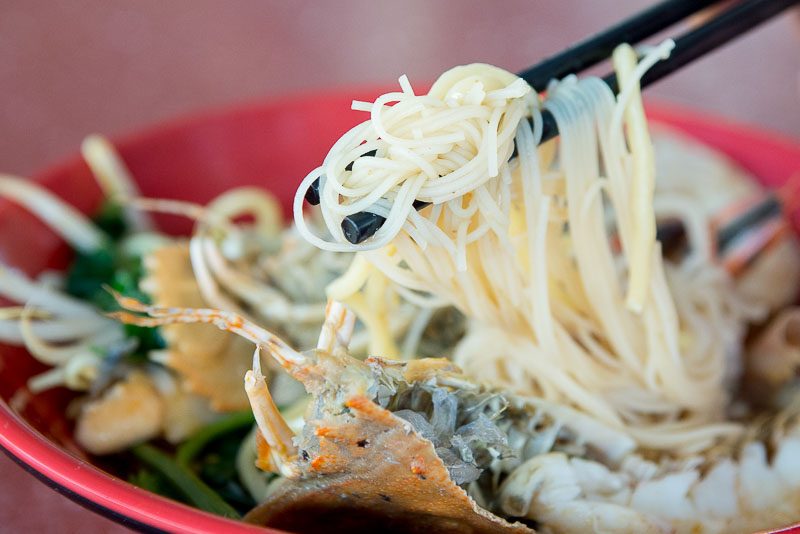 With each bowl, we also tried three different noodle options — yellow mee, white bee hoon and a mixture of both. In the end, we agreed that half-and-half was the best way to go.

While yellow mee is more flavourful on its own, it did not absorb the broth as well as the white bee hoon did. We definitely recommend having a mixture of the two in order to get the best of both worlds! 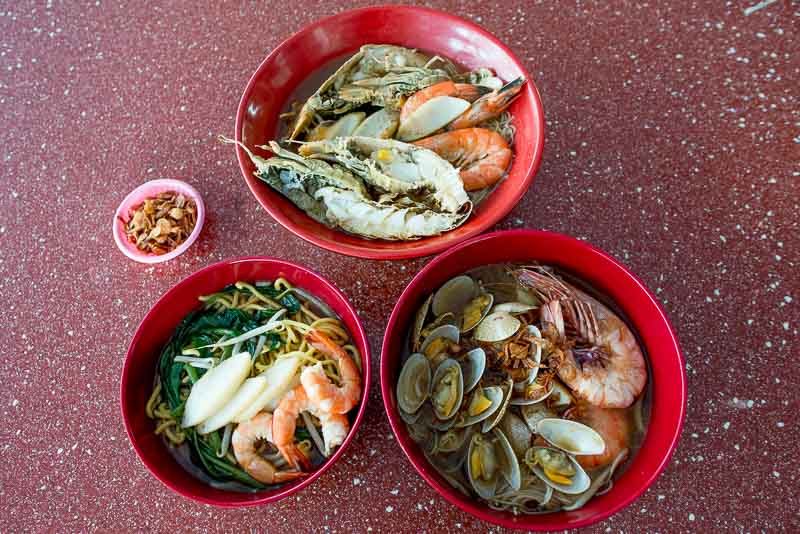 Overall, I was pleasantly surprised and impressed by the rendition of halal prawn mee here at Deanna’s Kitchen. The flavourful broth, together with the fresh and generous portions of seafood were especially memorable.

The halal aspect of it also makes for a great option for breaking fast during this month of Ramadan, and I definitely recommend this stall for Muslims looking for something a little more uncommon.

I was initially puzzled as to why the stall closes so early but a short chat with Deanna revealed that she begins her day as early as 4am in order to prepare the ingredients and broth for the day.

On the day of our visit, Deanna was even extending her operating hours till 8pm in order to cater to the Ramadan crowd, which means she would have been working at the stall for a whopping 16 hours.

That’s some incredible passion and dedication right there.

Previous articleFree Flashback Snacks At Golden Village: Get A Dose Of Yummy Nostalgia When You Buy A Pair Of Movie Tickets This 16 – 18 June ’17
Next article大 Big Sake Bar: Go Big Or Go Home At This Quaint Izakaya Bar With An Extensive Sake Selection On Beach Road