Stepping into Enishi brought me right back to Japan because it was sooooo authentic.

Its 9-seater restaurant at International Plaza‘s second floor was quaint and cosy, and all its seats were counter seats that surrounded the open concept kitchen. This is where Japanese chefs would serve up your order right in front of you. 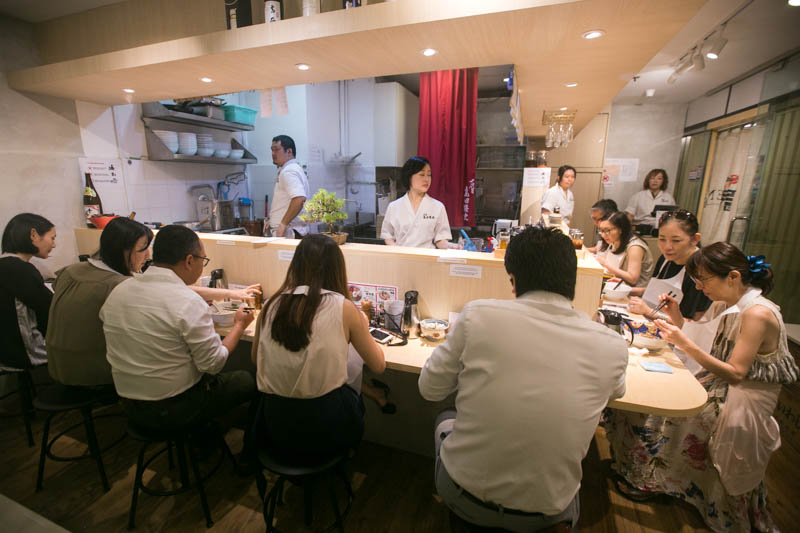 Enishi only prepares 100 bowls of ramen a day because it uses only Japanese ingredients in its food, and it closes for the day once the stock runs out, so you need to be quick! 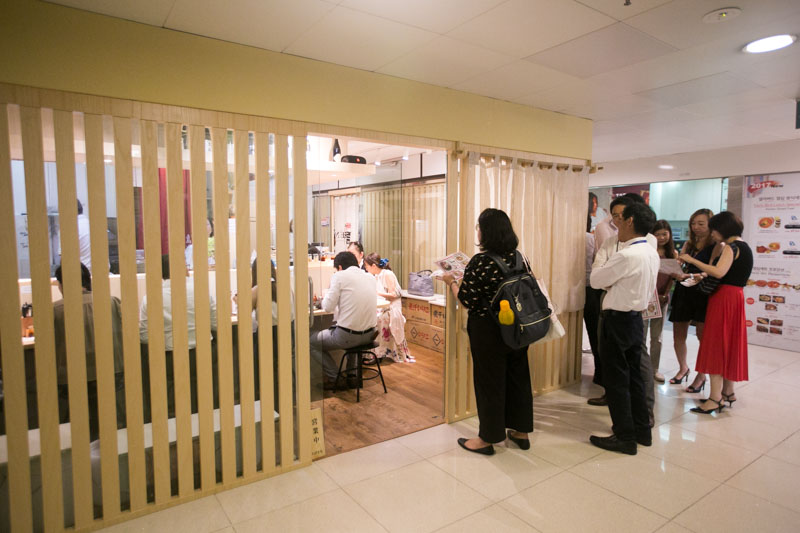 This award-winning ramen shop has won the prestigious Michelin Bib Gourmand back in Kobe, Japan, and its popularity shows.

When I visited the shop at 11.30am (it opens daily at 11am), all its nine seats were already filled, and there was a snaking queue around the corner of the shop! By the time it was 12pm, the queue stretched out till the other side of the store and continued to grow even more. 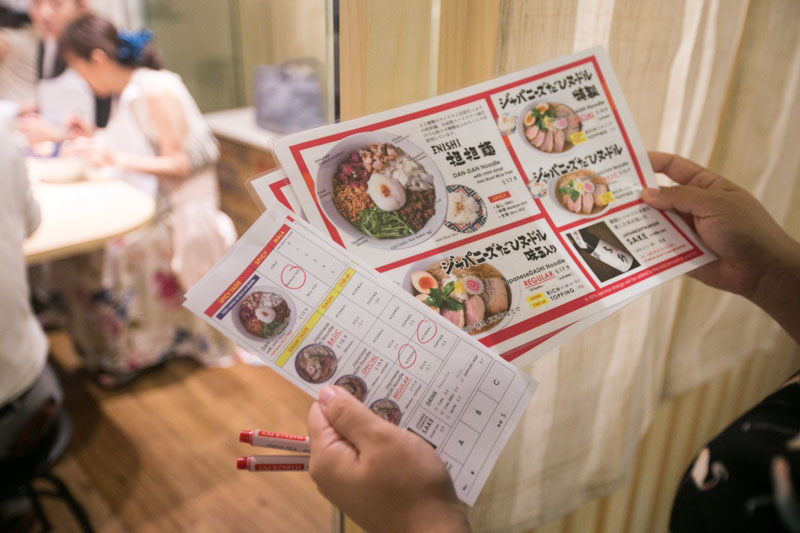 To cut down on our waiting time, friendly servers passed out menus for us to look at, as well as order forms for us to fill out. 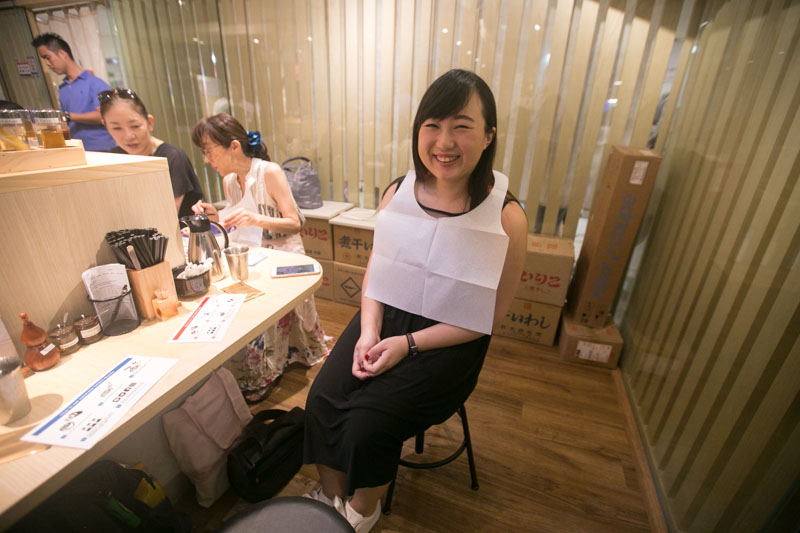 Upon being seated, servers passed us paper aprons for us to wear so we don’t dirty our clothes. How thoughtful!

Just like the quaint little ramen shops in Japan, Enishi has everything you need right in front of you — flasks of cold water, utensils, seasoning, and even feedback forms for you to fill out. Depending on what you order, the Japanese chefs will pass you laminated info cards that tell you how to eat your dish.

For example, Dan Dan Noodles should be mixed first, and then you can add the onsen egg. After that, you can choose to add dashi stock into your dan dan noodles or change the flavour of the noodles with the different seasonings provided on the table. 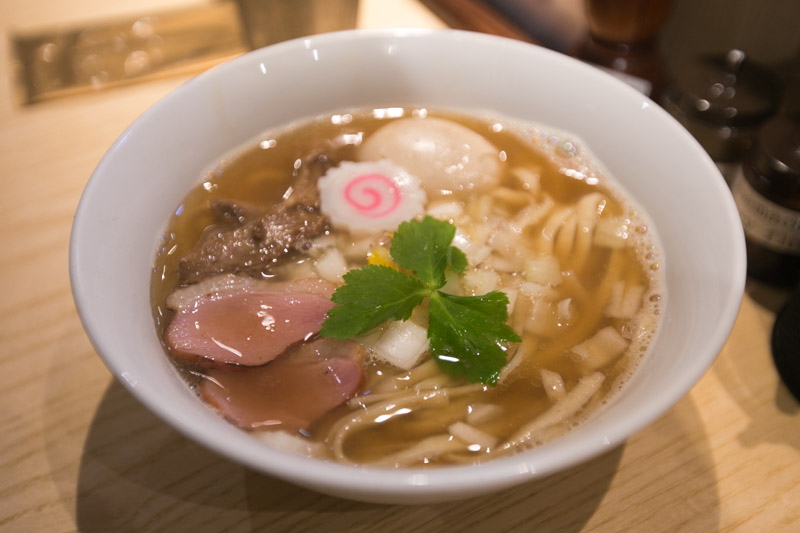 We got the Japanese Dashi Noodles (S$17.90/regular), which came with two slices of smoked duck, cha shu, an onsen egg, noodles, and a clear dashi broth. The handmade noodles were made from dashi, so while I spotted tiny brown specks within the strands themselves, I couldn’t taste any distinctive saltiness or umami flavours from the noodles.

Though it was thicker and broader than typical ramen noodles, it had a nice bite to it and wasn’t too chewy. 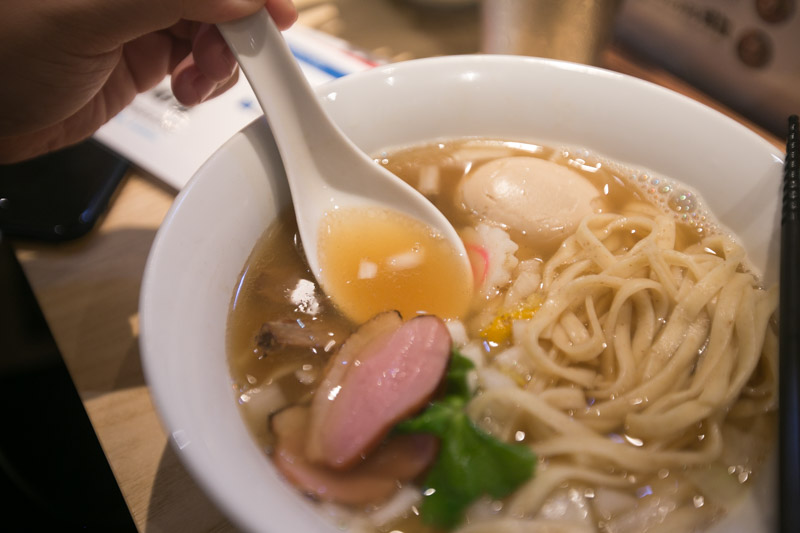 The dashi soup was something I absolutely loved. It was clear, sweet and full-bodied, with a strong taste from the diced onions and reminded me of miso soup. It also had orange peel slices inside, which gave it a zesty and refreshing aftertaste.

The soup was incredibly comforting and it’s something I’d love to have on a rainy day or if I’m feeling unwell. 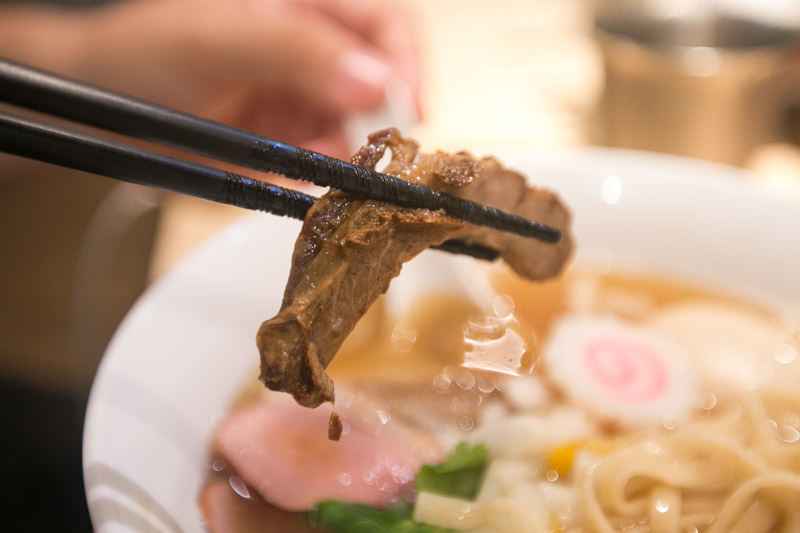 The cha shu was incredibly soft and tender that it instantly reminded me of toroniku, which is braised pork cheek. The gorgeous seared char on the outside gave it a savoury and smoky flavour.

If you’d like more cha shu, you can consider getting the Special (S$19.90), which gives you six slices of fork-tender cha shu. 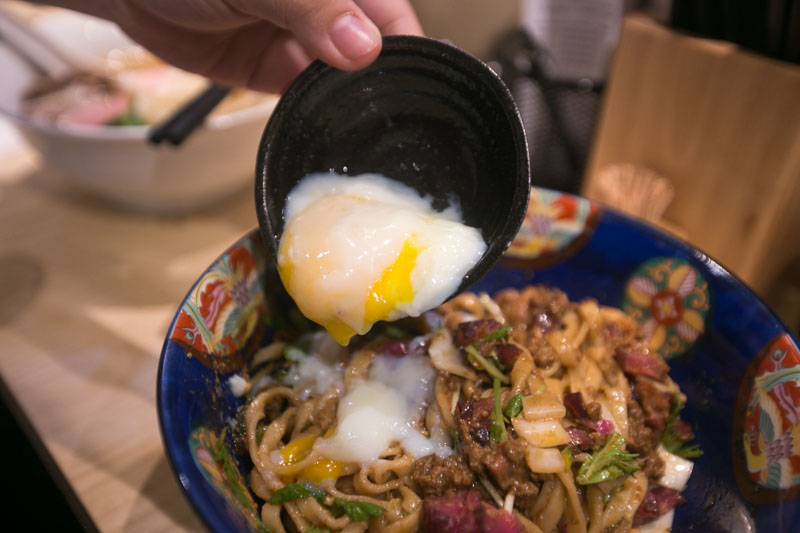 It also came with an onsen egg and a bowl of dashi stock, which are both served separately. 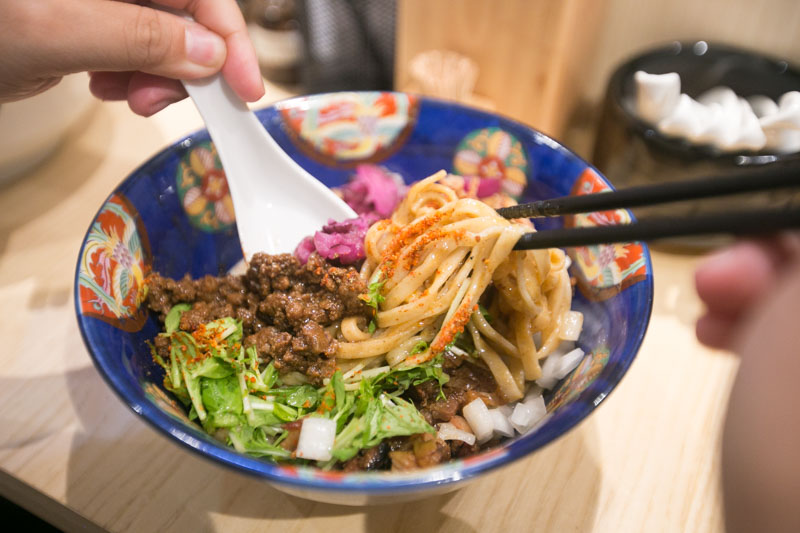 After mixing the noodles thoroughly and having my first bite, my initial impression was that the sauce was meaty, savoury and rich.

In a way, it reminded me of a mix between bak chor mee, spaghetti bolognese and Chinese dan dan noodles, just with an additional touch of umami flavour from the dashi.

The mild spiciness only kicked in afterwards, but by that time, I was already slurping up my second mouthful of noodles, so everything melded together to form a delicious umami bomb. Perhaps it’s because I didn’t mix it thoroughly enough, but the peanut flavour only came through while I was finishing the bowl of noodles. It was creamy, nutty and piquant, just like Chinese dan dan noodles. 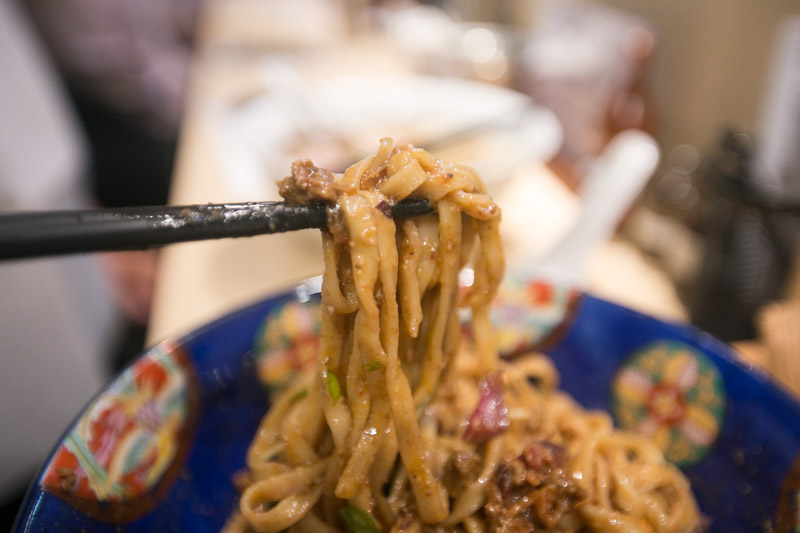 The noodles were a tad bit chewier than the ones served with Dashi Noodles, but it paired well with the meaty sauce. Plus, there were plenty of other ingredients, such as the crunchy purple pickled cucumbers and fried onions that gave each mouthful a mix of textures. I chose to pour in the bowl of dashi stock towards the end of my meal as the dan dan gravy got a bit too overpowering and rich. You can also ask for a bowl of rice (which is free, by the way) so you can mop up all that delicious gravy!

Despite only having two types of ramen on its menu, I can see myself coming back to Enishi just to have a taste of its delicious ramen again.

Everything was authentically Japanese: the tiny dining area, the exquisite tableware, the attention to detail to each dish, as well as the friendly staff that bowed to us as we left the restaurant.

My only gripe would be the queue, as well as the waiting time, but that can be avoided by coming early or before the lunch crowd forms.