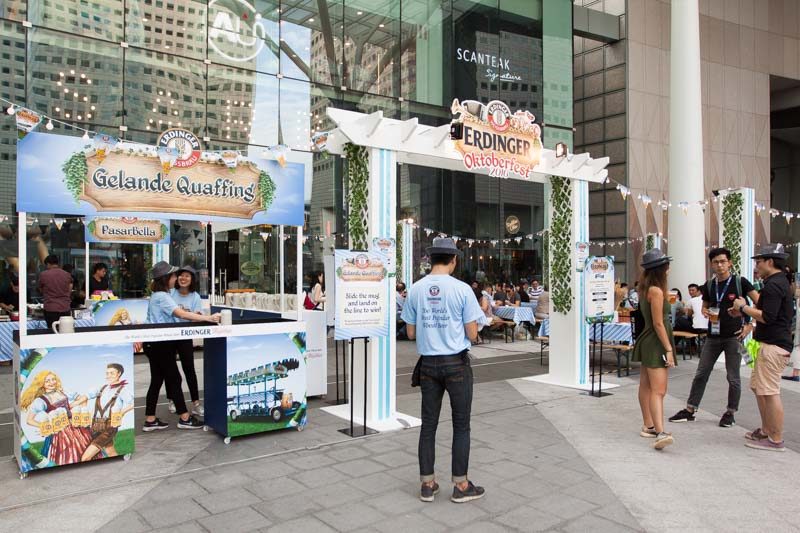 Don’t let the name fool you – Oktoberfest is upon us, and yes, it starts in September. Whip out those dirndls and lederhosen because Erdinger Oktoberfest 2016 (21st Sept – 28th Oct 2016) is about to change the way we celebrate this beer festival in Singapore forever.

Traditionally held in Munich, the world-renowned Oktoberfest is an important part of Bavarian culture, and what better way to celebrate than with a pint (or ten!) of Erdinger beer, a brew that is synonymous with Oktoberfest. Besides consumption of copious amounts of beer, the festival is known for its celebration of food and music, all while dressed in traditional Oktoberfest garb. Singaporeans love shopping, eating and drinking (guilty as charged), and Erdinger Oktoberfest 2016 combines our country’s favourite past-times under one roof. Together with Erdinger, the participating malls play host to a street party beer garden shindig, much like those in Germany, to give us a true blue Oktoberfest experience, with a Singaporean twist! Special tasting menus have been created that are unique to the food and beverage outlets in the three malls, giving us a different makan experience each time. Some participating restaurants to look out for include Pasarbella, IndoChine and Balaclava. 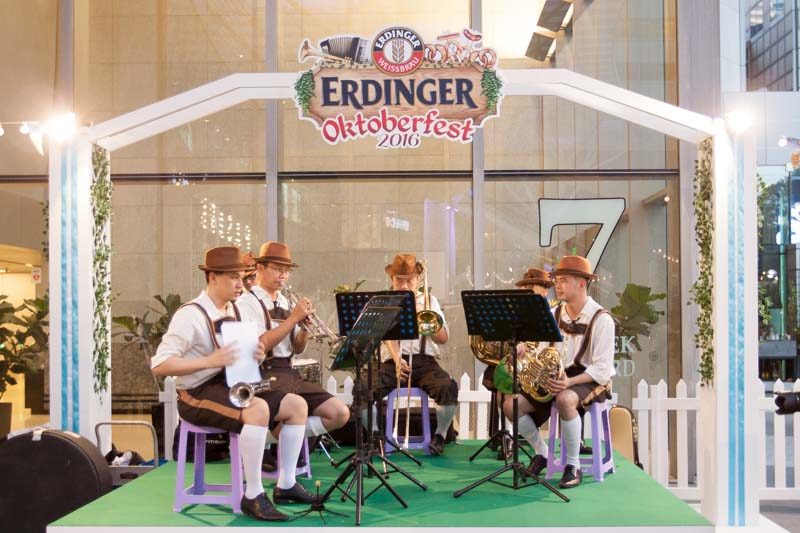 I don’t know about you but they already had me sold at the mention of street party beer garden. Speaking of party, the Erdinger Oktoberfest will get you on your feet (or on a table, as tradition demands) with an authentic German brass band. Prost to that! 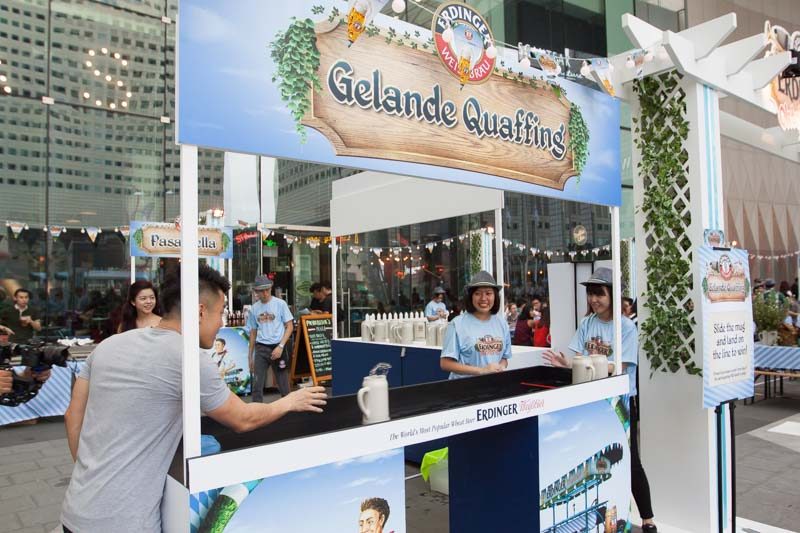 Besides merrymaking on good food, beer and Oktoberfest tunes, guests can also enjoy Oktoberfest-themed games such as gelande quaffing, where players have to slide a beer mug across a long table. Winners whose mugs end up on the winning mark get to bring home Erdinger souvenirs like beer bottle openers, Erdinger mugs and German hats. 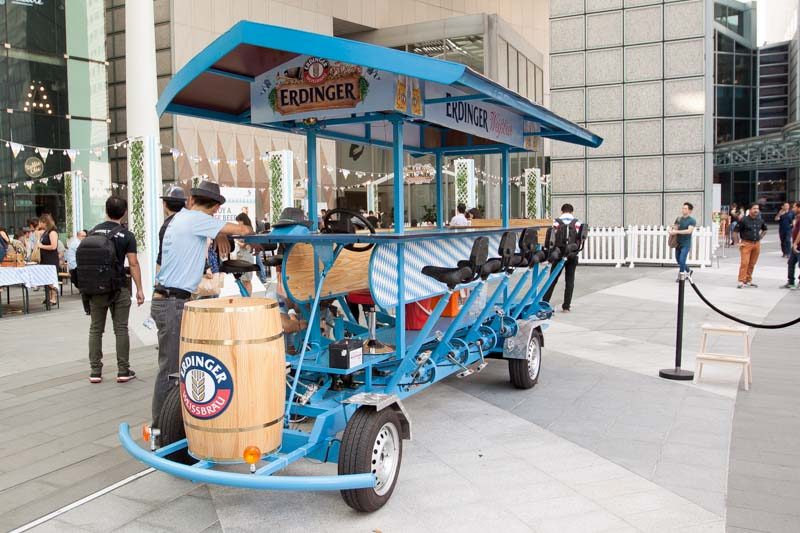 You read that right. For reasons unknown, cycling and drinking are fused as one, and it sure looks like fun. Drinking and driving should at no point be condoned but scoring a seat on this bad boy with a beer in hand would make for a pretty Insta-worthy photo. 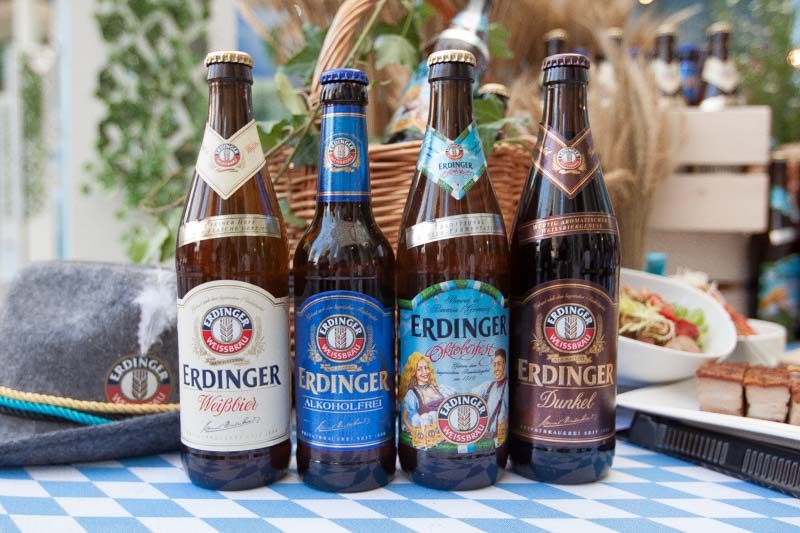 This mobile bar serves up tasting portions of four types of Erdinger Beer namely Erdinger Weissbier, Erdinger Dunkel, Erdinger Alkoholfrei – yes, there’s even alcohol free beer for the designated drivers to come enjoy the party – and not forgetting the special edition Erdinger Oktoberfest Brew. It’s basically the festival in a bottle, and I can already taste the party in my mouth.

Planning a mini Oktoberfest party at home? Beer fans who can’t get enough of the Erdinger Oktoberfest Brew can purchase the special edition beer at all major supermarkets from now until 31st Oct 2016. 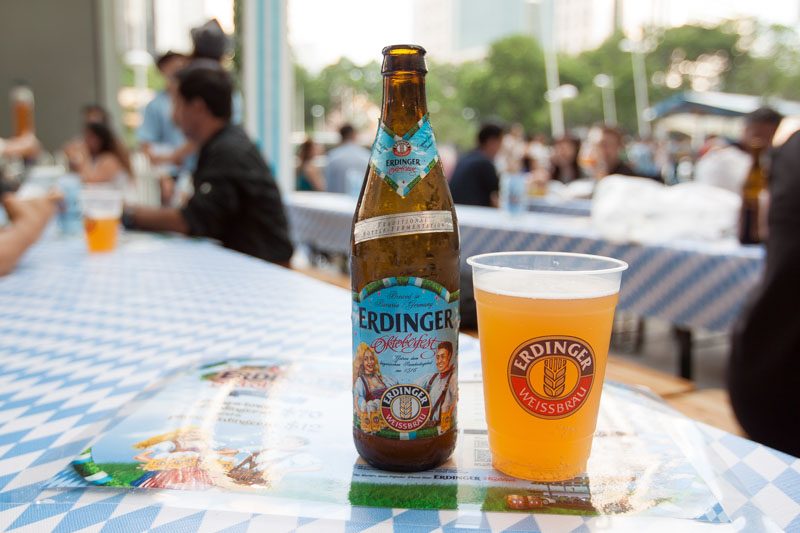 Catch the Erdinger BARcycle at the following locations on these dates:

Erdinger Oktoberfest Beer Garden will be held at the following locations:

These mall celebrations signify the start of a proper Oktoberfest celebration in Singapore that’s here to stay. Whether you want to shop, eat or drink till you drop, Erdinger has got you covered this beer festival season.

Just remember to do so responsibly because no one likes a party pooper!

Erdinger Oktoberfest 2016 will be happening at:

*This post was brought to you in partnership with Erdinger