What makes this so special and different from other lor mee I’ve tried? The fried fish. A cheeky twist on the popular Chinese-inspired Indonesian and Malaysian noodle dish, Ma Bo Lor Mee tops their dishes off with crispy battered fried fish fillets. 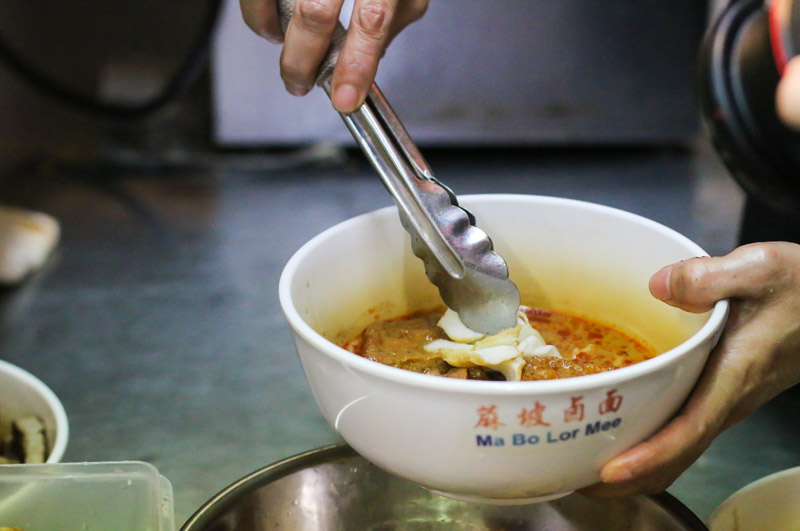 Apart from lor mee, Ma Bo Lor Mee also serves traditional laksa with their signature fried fish. Watching as the dishes were being prepared, I could not contain my eagerness to try the food before me. 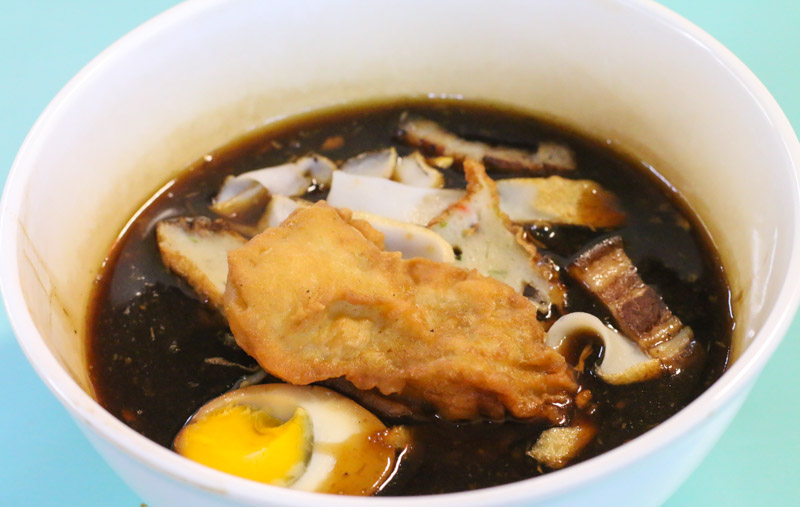 The standard Ma Bo Lor Mee (S$3) came with a single fish fillet, thick yellow noodles, fish cakes, half an egg, and braised pork. Extremely fragrant, it looked exceptionally appetising and I was ready to dig in. 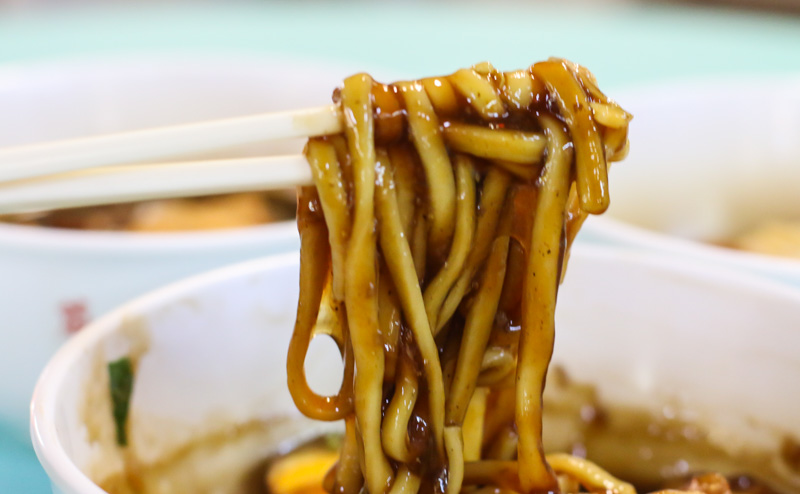 Mixed well in the dark, gooey sauce, the noodles were springy and chewy. Viscous with a starchy gooey consistency, the sauce was immensely satisfying with a hint of sweetness among the saltiness. From the sauce, I also tasted a hint of fragrant tea flavour, so I could tell that the dish was well-braised. 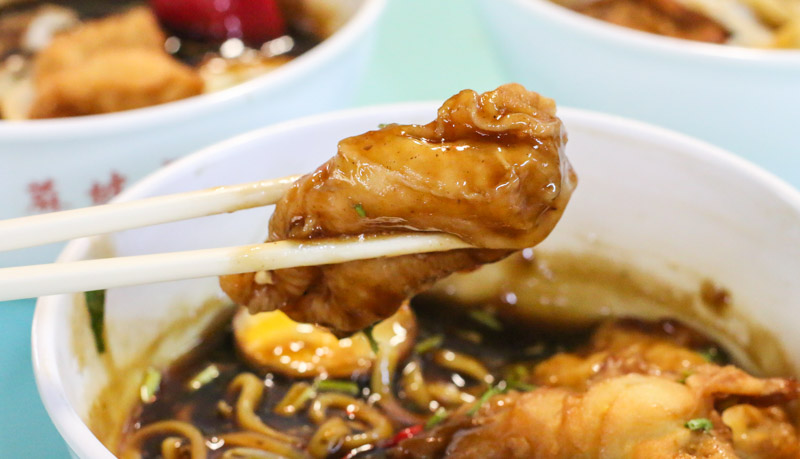 The golden-brown deep-fried fish fillet was the star of the show for me. Crispy yet tender in the middle, the fish was served piping hot. 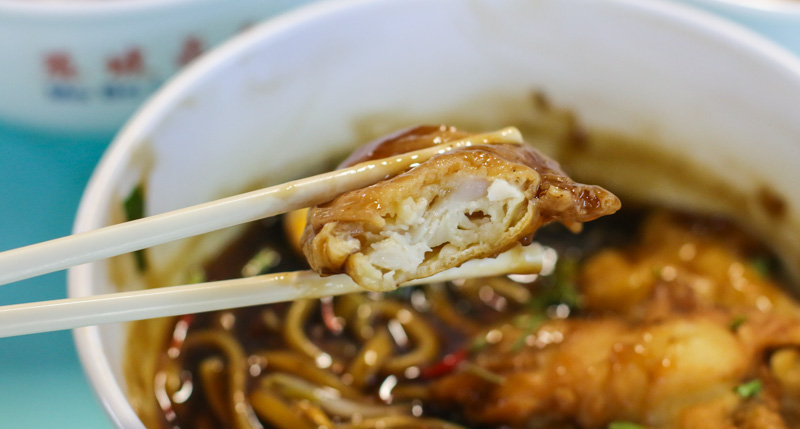 It was a little salty but I didn’t consider that a deal-breaker. The crunchiness of the batter was heavenly and added a fun texture to the lor mee overall. I loved this so much that I even decided to get an extra serving! 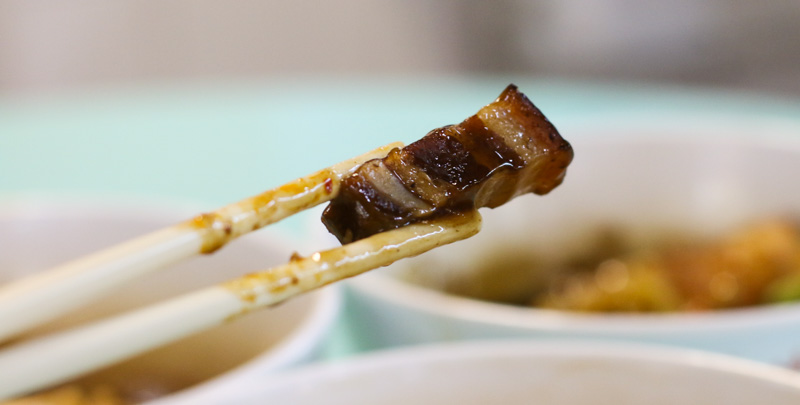 A tiny piece of braised pork was included in the meal, but it didn’t really leave much of an impression on me. Buried underneath the heavy dark sauce, the portion of the pork given was meagre, and there was little fat on it. I’m not particularly mad about this because of its price—in fact, I think it’s still worth it.

Besides, we already have a generously large piece of fish fillet, so I’m not complaining. If you’re more inclined to have traditional lor mee with braised meat, then I’d suggest that you skip this dish. However, I highly recommend trying Ma Bo Lor Mee’s version at least once. 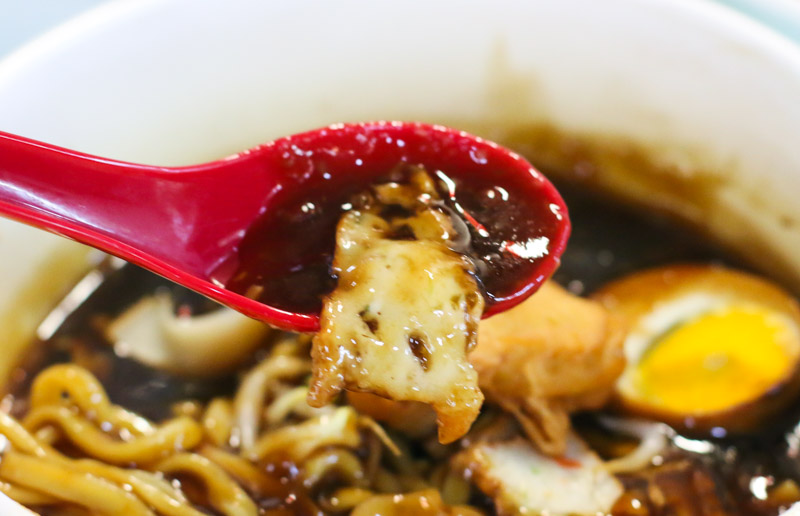 Traditional fish cakes were added into the mix to bring the dish home. One thing to note is that this does get a little jelak once you’re halfway done with the bowl, but it’s nothing a glass of water can’t fix. Another one of Ma Bo Lor Mee’s popular dishes is the Ma Bo Laksa (S$4)—with a special touch. The soup barely filled up the bowl, though it might be because the bowl was particularly large in size. Apart from the fish, there were fish cakes, bean sprouts, tau pok, and the classic white wheat noodles.

The fish complemented the fiery soup beautifully, and the saltiness blended extremely well with the coconut-based broth. It was mildly spicy, with bean sprouts to complement the spiciness. I might just be used to having heavier coconut-based laksa, but I felt that this version used less coconut in its broth, contributing to its intense flavours. 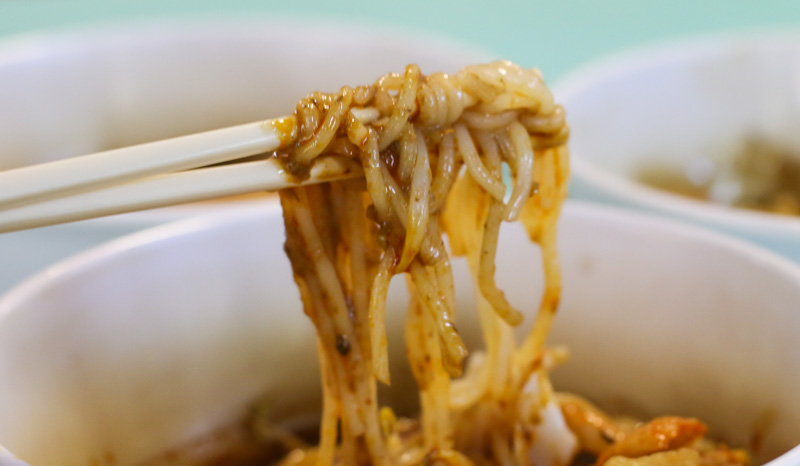 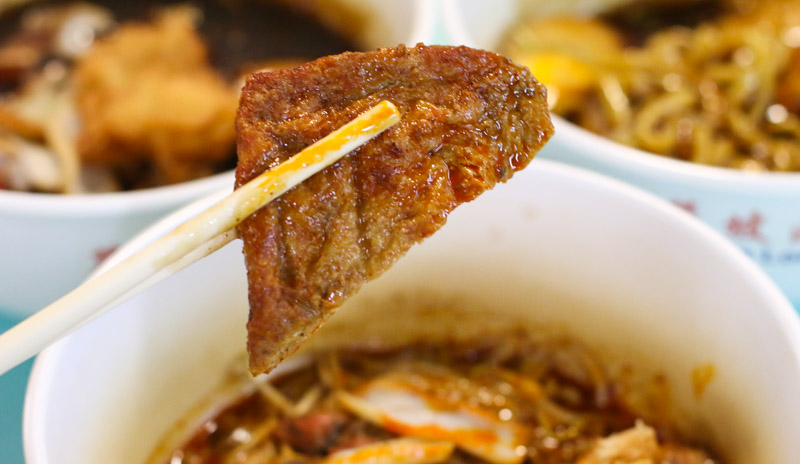 Absolutely chewy and bouncy, the noodles were just the right texture for me. Personally, I don’t really enjoy noodles that are too hard or soft, and I found perfection in these noodles. The best thing about tau pok is that it is especially absorbent. Dipping it into the soup, the rich broth seeped into the pores of the chunk of beancurd. The Fried Fish Lor Mee (S$3.50/S$4.50) was exactly the same as the Ma Bo Lor Mee, just with more fish! I would recommend this for return customers who have fallen in love with the fried fillets like I did.

Overall, I think that this was undoubtedly the best lor mee I have ever had in my life. For S$3, I felt that it was already a pretty generous portion of food. From my standpoint, you’re getting way more than you paid for. However, for those with a heartier appetite, you might want to consider getting the dishes in a bigger portion. Head down to Ma Bo Lor Mee when you get the chance. I will definitely be making a return visit when I can.