Hotel buffets are aplenty, but few operate 24/7 to give you indulgence whenever you need it. Escape Restaurant & Lounge in One Farrer Hotel gives you that luxury, at any time of the day. This interactive buffet serves up Asian favourites, and puts their unique twists on classic dishes. Their Teochew Porridge ($16) buffet spread is also great for those who are in the area, late at night. Normally, I’d avoid eating carbohydrates at buffets so I’d have more space for other stuff. However, the aroma of the chicken rice was so enticing I couldn’t help but grab a plate for myself.

The buffet spread has both steamed chicken, soy sauce chicken, as well as char siew, which you can enjoy to your heart’s desire. I took the breast meat of both kinds of chicken as I felt they would be the most telling of the standard of the chicken. 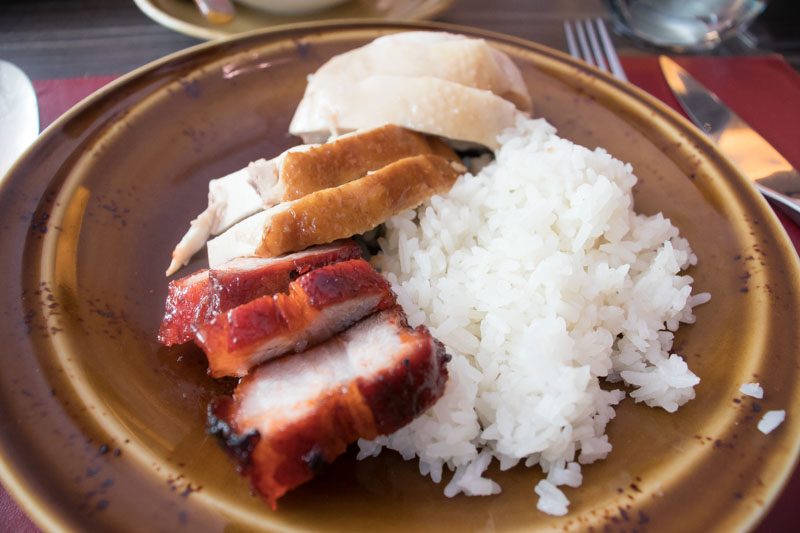 I was slightly disappointed as the pieces of chicken were dry and a little bland. However, the char siew was something that had me going back for seconds. The meat to fat ratio was just right, and the sticky glaze on the char siew made it even better.

The best part about it would have to be the rice, I’m serious. Chicken rice would usually have hints of garlic and ginger which aren’t too prominent, but this chicken rice has both aromas at the forefront, making for a very fragrant plate of rice. 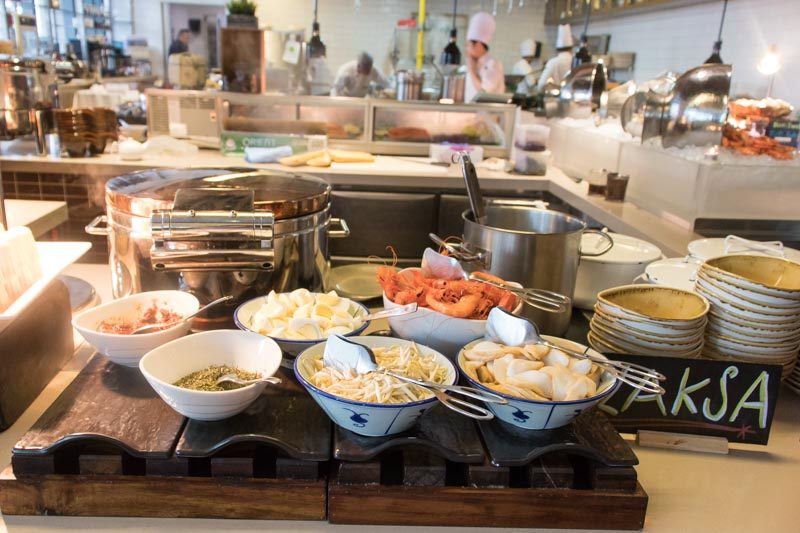 You can also get your hands on freshly cooked Laksa at this buffet, which comes with a light broth slightly sweeter than the Laksa you find elsewhere. It wasn’t really spicy, with just a slight kick which makes it suitable for most. 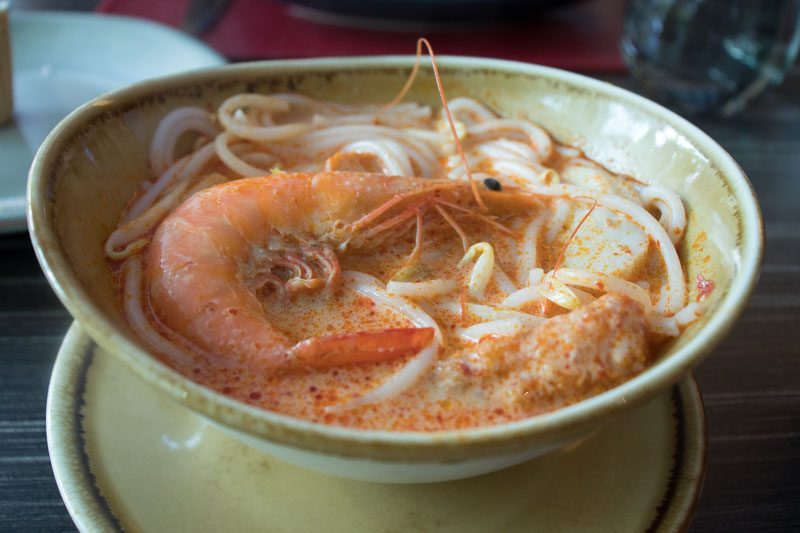 Every bowl of Laksa comes with a large prawn and several slices of fishcake. The prawn was really fresh and sweet, but because the Laksa gravy was already sweet, the addition of the sweet prawn may have pushed it overboard. 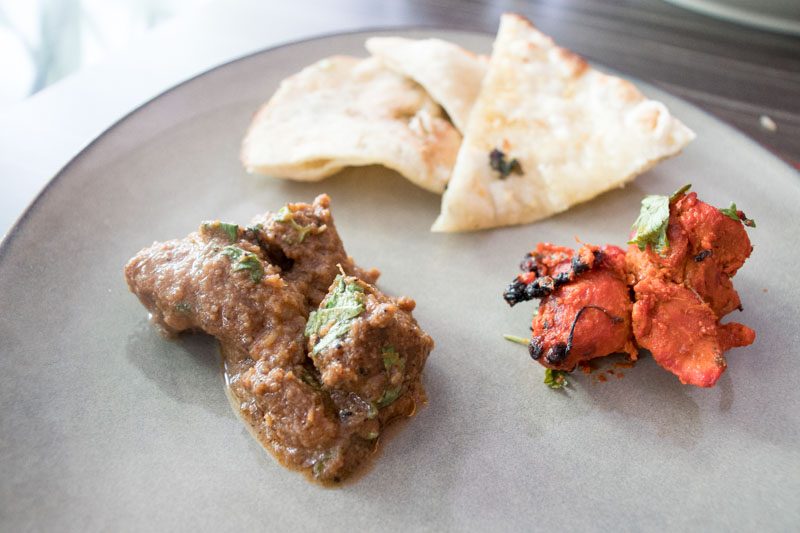 Escape Lounge also had a spread of Indian curries, which although wasn’t extensive, was good enough — it had about eight different curries lined up next to the Naan and Prata baskets.

I had a taste of the Tandoori Chicken and the Mutton Rendang paired with a few pieces of Naan. 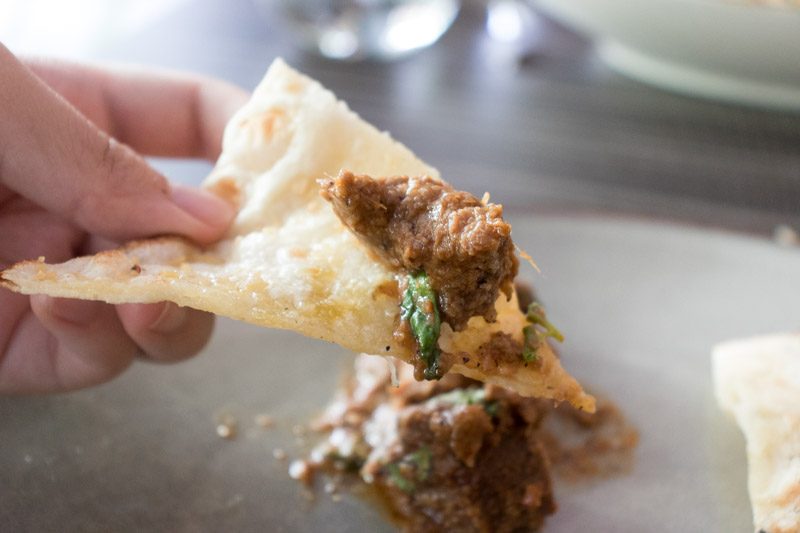 The Tandoori Chicken was a little on the dry side and the mutton was a tad bit gamey. Having said that, I really enjoyed the aromatic gravy that came with the mutton; I only wished that it was less thick so I could soak the Naan in it. 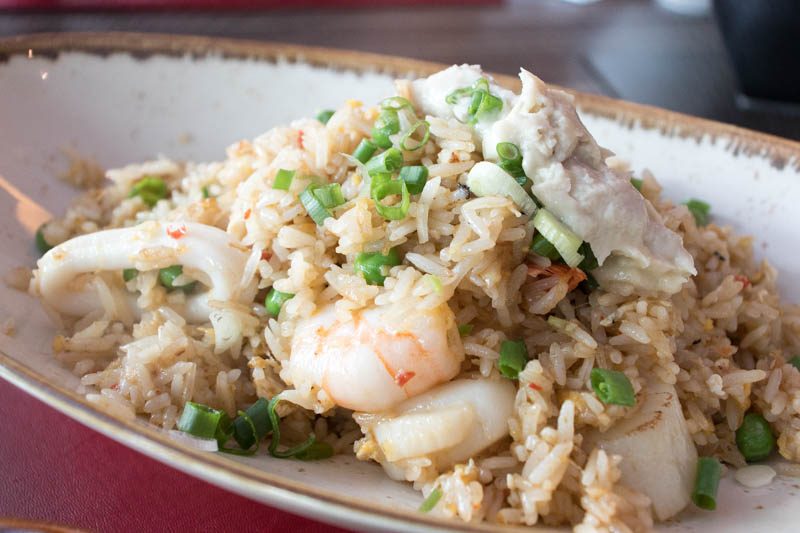 The star of the show had to be the Durian Fried Rice ($24), which may sound odd but works wonders. As a disclaimer, I went down during lunch and it’s only available on the a la carte menu then, but it would be part of the buffet spread during dinner.

It’s not a permanent fixture on the buffet line, and is in rotation with Escape Lounge’s other specials. 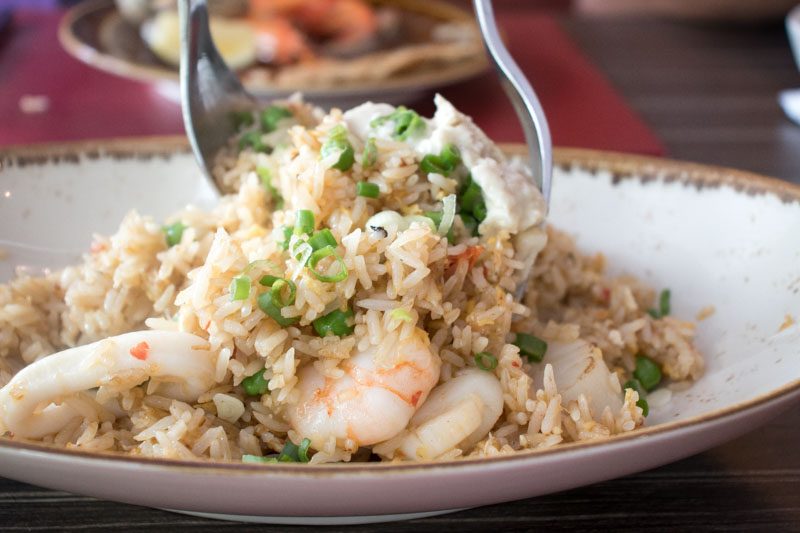 When we were told to mix the large dollop of durian sitting on top of the steaming fried rice in, I was quite tempted to scoop it out and eat the components separately as it sounded like a recipe for disaster.

Surprisingly, I was blown away by the result. The savoury fried rice was well-seasoned and had a wok hei fragrance, what took it to the next level was the sweetness and aroma of the durian combined with that of the fried rice. 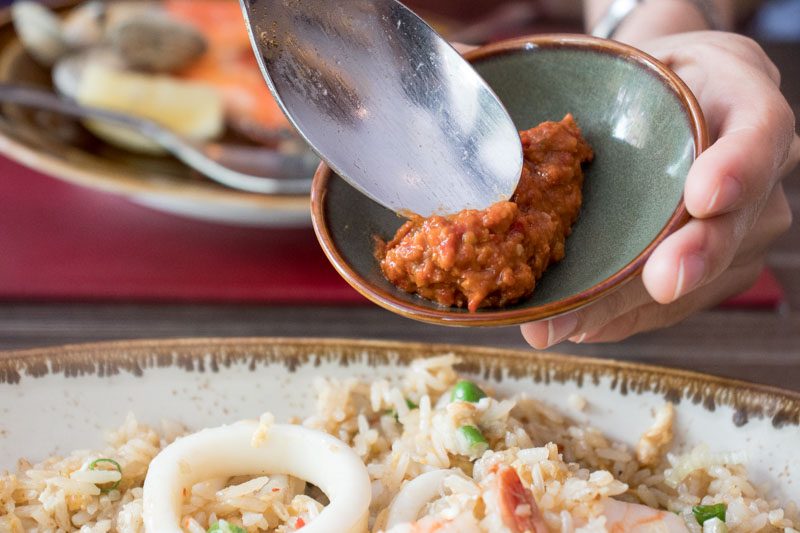 The fried rice also came with a saucer of sambal chilli. When mixed in, the fried rice was salty, spicy and sweet, all at once. I would strongly recommend trying this combination!

This one plate of fried rice may seem pricey, but for the quality and portion you get, combined with the dining experience as a whole, it’s actually pretty worth the money.

The charm of this buffet line is that all of the food is fresh, and of pretty good quality. It’s also unique in the sense that you can have a feast at any time of the day, even when everyone else is asleep.