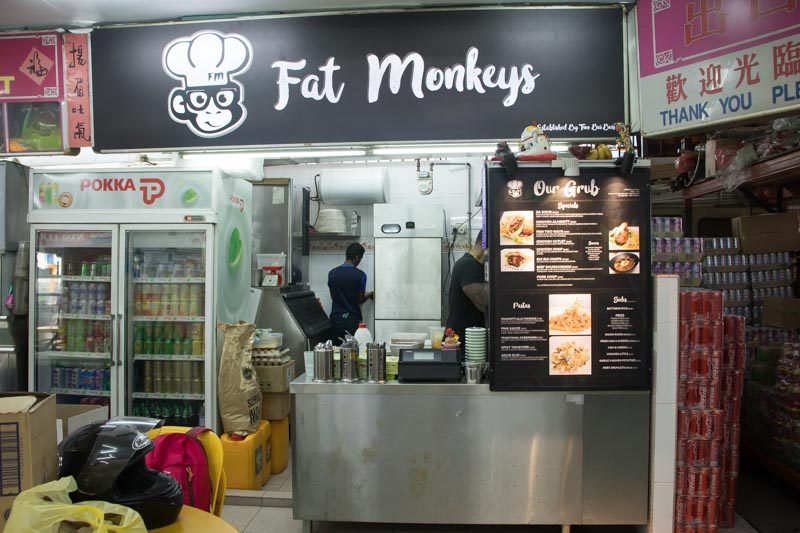 Many people are familiar with the famous Ponggol Nasi Lemak housed within Mee Sek Food Court in Kovan. However, not many know about Fat Monkeys, the western hawker gem located in the corner of the same food court. 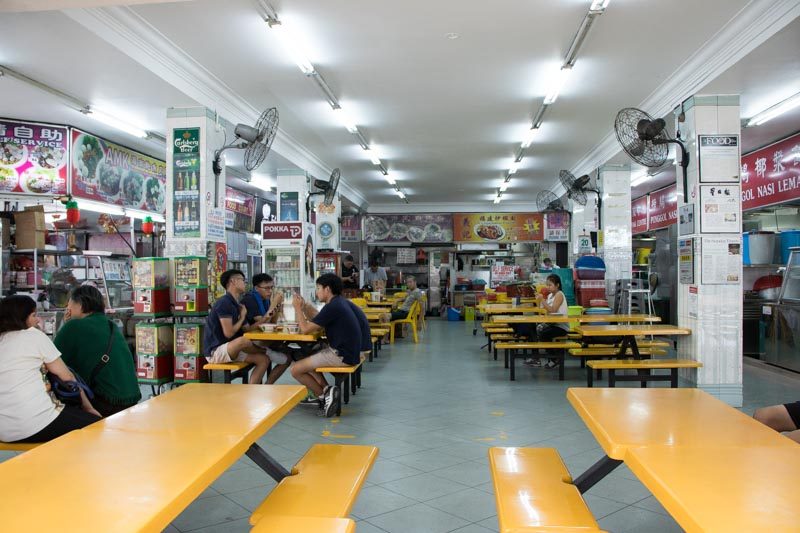 The inspiration behind this quirky name is that both of the business partners were born in the year of the monkey, and have relatively bigger builds. In some way, the food you get from Fat Monkeys reflects decadent fried dishes which are sure to make your mouth water.

The fare at Fat Monkeys is both affordable and delicious, and will most certainly convince you to return. One thing to note though, is that they’re not open for lunch so you’ll have to save your excitement for the evening. 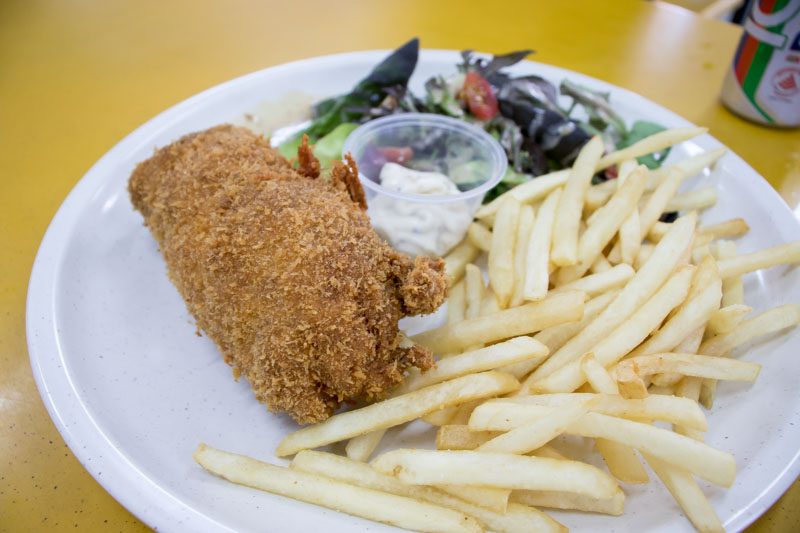 The first thing that was served to us was Fat Monkey’s take on Chicken Cordon Bleu, called the Chicken Almighty ($9.90). This dish looked unassuming at first, but when we cut into it, we were pleasantly surprised.

While watching the molten cheese ooze out from the inside, I couldn’t help but understand why it’s called the Chicken Almighty —  yes, it’s that impressive. 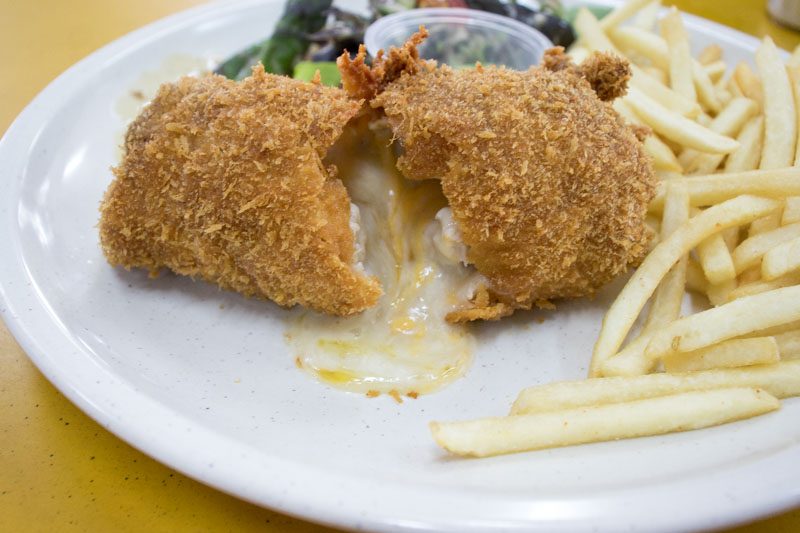 This cheese mixture consists of Swiss, Cheddar, and Mozzarella —  the perfect combination to give you a sensational cheese pull.

This combination of cheeses paired with the juicy chicken thigh and ham made for an extremely savoury bite. It’s served with a side of salad, a mesclun mix dressed with Japanese sesame dressing. It also came with fries, and Garlic Fever, a house made garlic aioli.

If garlic isn’t your thing, Fat Monkeys has a selection of housemade sauces, including Chilli Crab and Black Pepper Crab, which are usually served with their grilled fare. 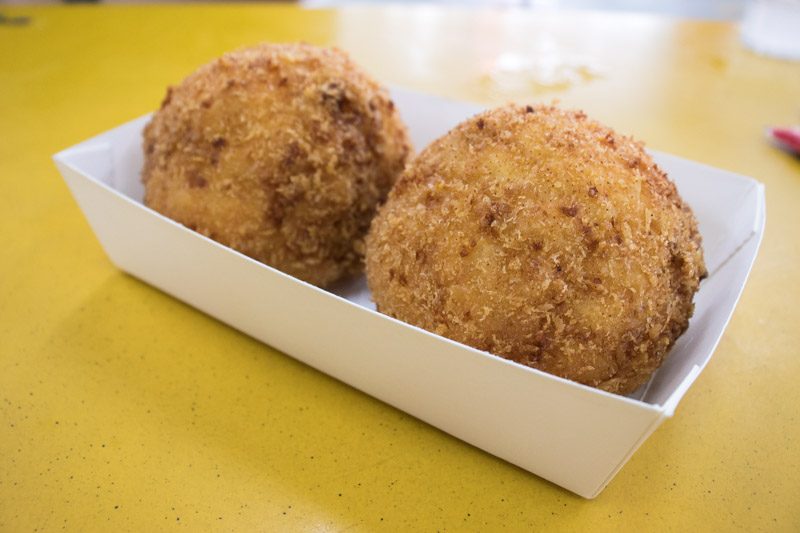 Another thing that caught our attention was the Fried Mac and Cheese ($4), which was essentially a super cheesy mac and cheese, breaded and deep fried. Sounds like a total calorie bomb, but I assure you it’s worth it. 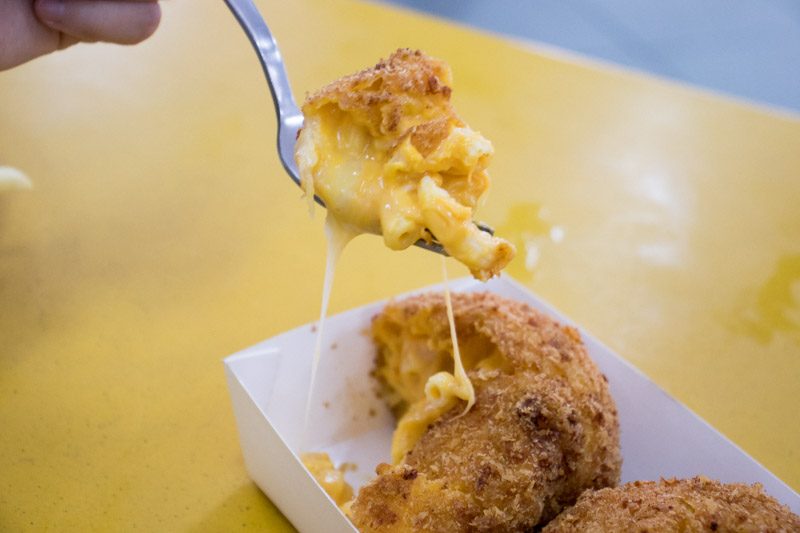 This cheesy sauce is a mixture of the same three kinds of cheese used in the Chicken Almighty, but taken to the next level with aged cheddar. That’s how it gets that gorgeous bright orange cheese pull.

What’s really cool about this side is that while the breading is crispy, we didn’t find it to be greasy at all. The macaroni pieces inside were also cooked al dente, making it one of my favourite mac and cheese dishes. 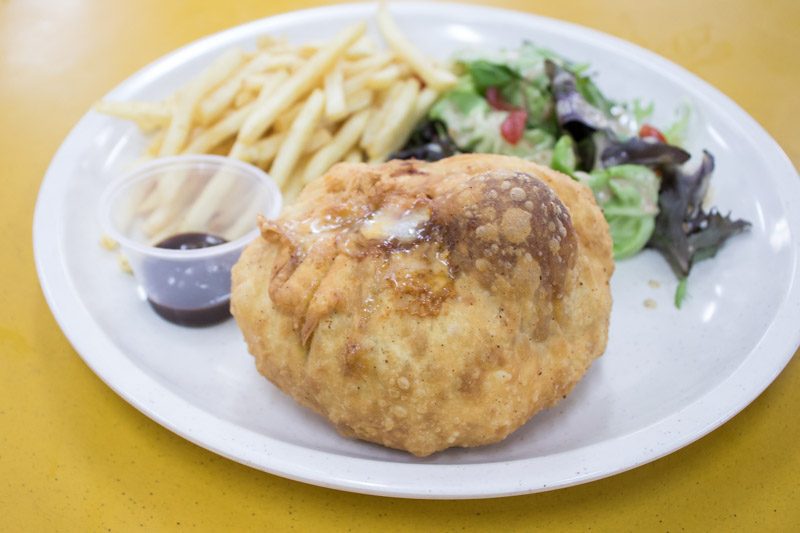 Following the breaded-and-fried theme, Da Bomb ($13.90) is probably the most outrageous thing I’ve seen in a Western stall. Meat patties, bacon, and melty cheese wrapped up in a pastry shell; it’s like a burger, but better. 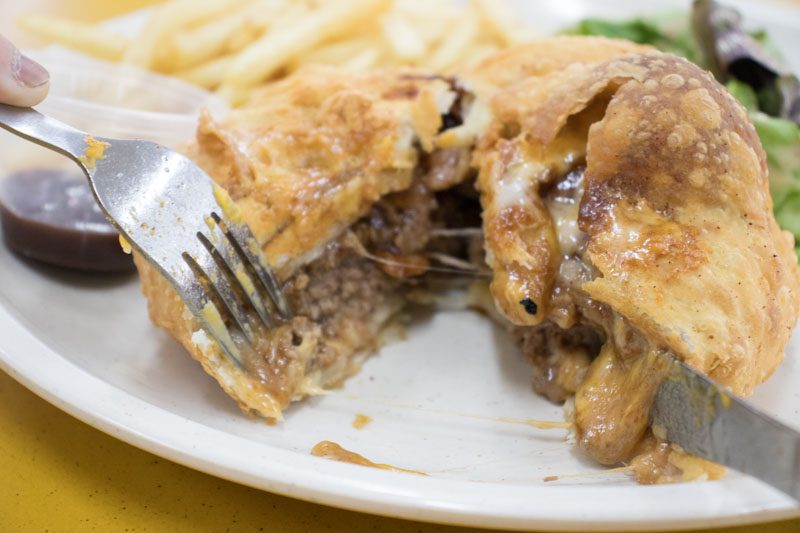 The beef patty was juicy, tender, and well seasoned. Although the bacon wasn’t crispy, and didn’t give much to the texture of the dish, it gave it a nice salty bite.

I really liked the housemade pastry, as it was so sinfully buttery, and substantial enough to fill even the biggest of eaters. This dish was completed with the same side of salad and fries, as well as barbecue sauce to accompany the fries. The sauce was tasty, but nothing spectacular.

The same tangy barbecue sauce was spread generously on the inside of Da Bomb, and it helped to cut through the greasiness of the meat, and lightened the whole dish. That way, you can keep going without feeling jelak. The fancier options sold at Fat Monkeys include the Beef Bourguignon ($11.80). It features select cuts of beef, differing based on the selection in the market. 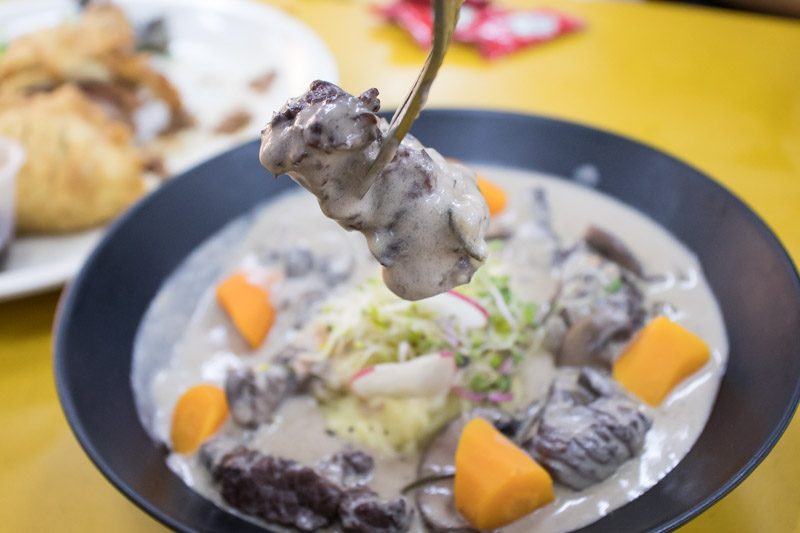 We got to try the Japanese Karubi on the day we visited, which was so delightfully tender and almost melted in the mouth. The beef was well seasoned and had a slight peppery kick. 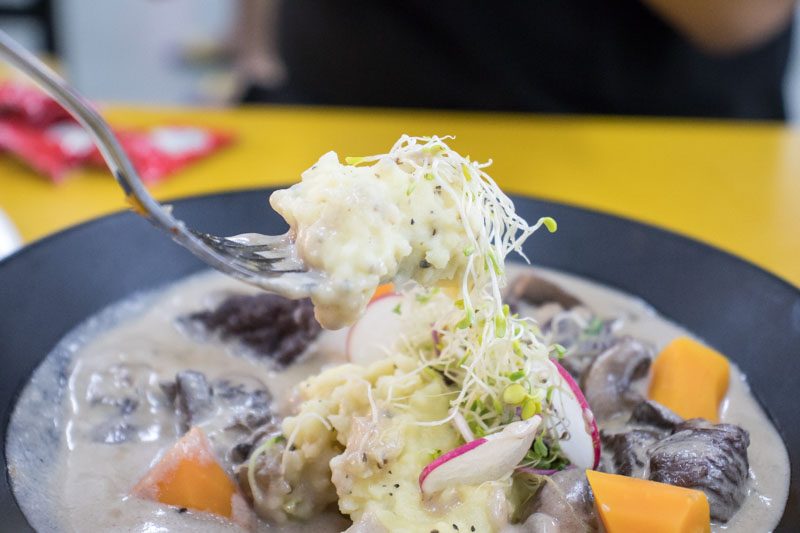 Piled under the beef was a garlicky mash, which also had a hint of pepper. The combination of the beef cubes, carrots and mash made it a dish that was also very filling. It can get a little heavy, so I’d suggest sharing.

If you’re looking for a more basic Western fare, they’ve also got you covered. The best part is that everything will cost you under $15, which makes it a super wallet-friendly option.

So skip the long queues at the Ponggol Nasi Lemak stall, and get yourself some of their amazing Western fares when you’re in the area.