Residents of Tampines would be familiar with the recent completion of Century Square’s renovation earlier this year. For now, we can expect the mall to bask in the spotlight with the vast upgrade on facilities and services. 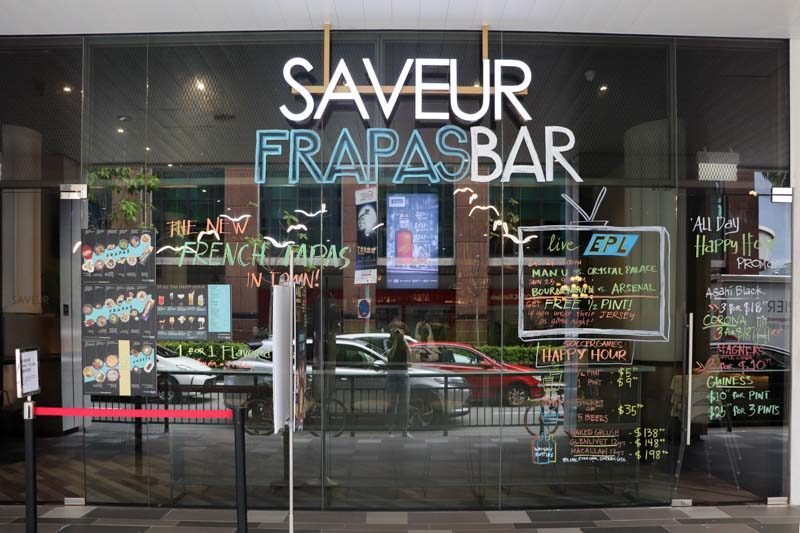 It’s really a win-win for us Easties despite the long wait because they’ve introduced way better food options. Joining the mall’s food scene is FrapasBar by Saveur, serving you a contemporary twist of French food and tapas. 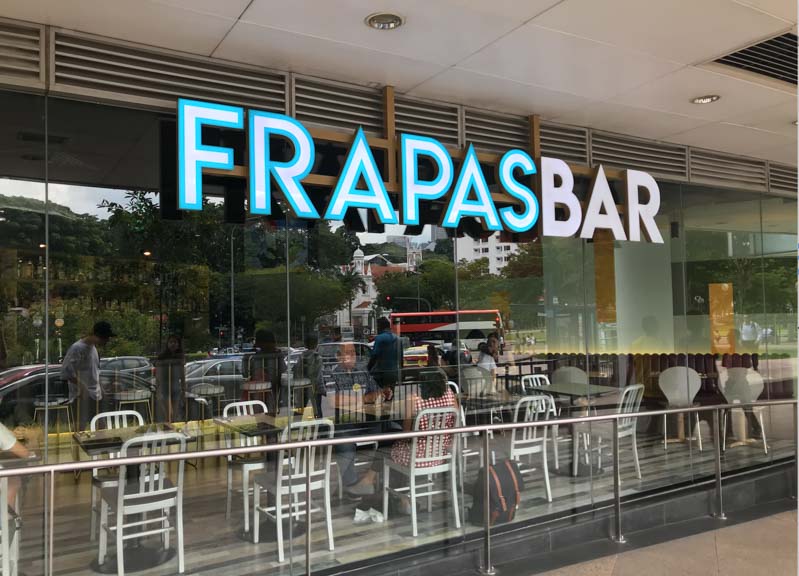 For those who are not staying in the East, fret not. There’s also a newly opened branch centrally located at The Cathay. Now, let’s get right into it. As I stepped into FrapasBar in Century Square, which was tucked away from the hustle bustle of the mall, I slowly found myself being transported to another era.

The modern cedar chairs and walnut marble tables were set up in the seemingly Baroque-inspired interior. The illuminating tungsten lights created a warm undertone which helps settle one in almost immediately.

I have to say while I endeavoured to grasp the concept of FrapasBar, the peculiar aesthetic was definitely refreshing to see in the modest neighbourhood district. 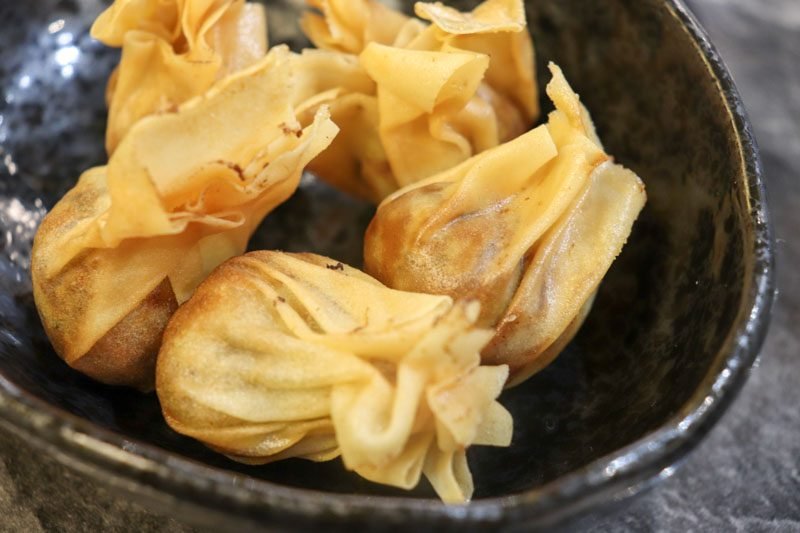 To start off the meal, we had the Rillette Dumpling (S$7). Encased in crisp wanton skin, the petite money bags were stuffed with gherkins, pickled onions and duck rillette, served alongside a dollop of mentaiko sauce.

Not to be mixed up with just the simple stuffing of minced meat, duck rillettes is actually duck legs braised and dry-brined in soulful stock, then shredded down to a consistency almost like a spread. 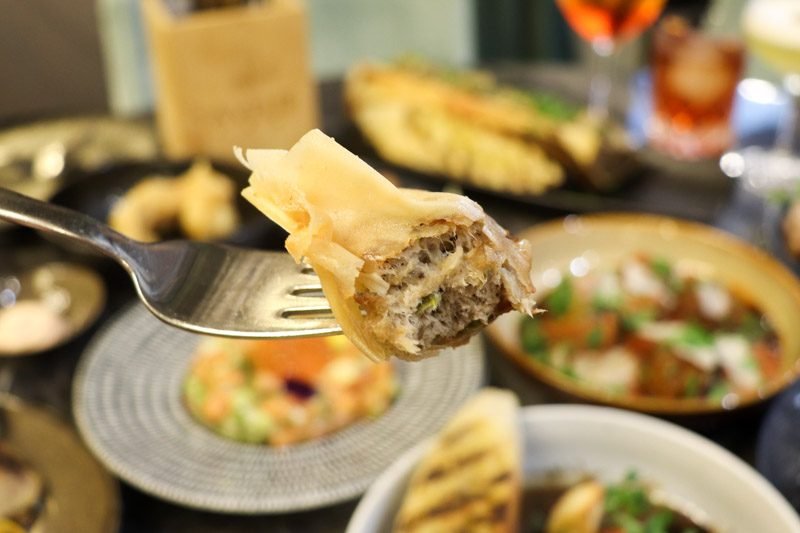 I took a more demure stance instead of gobbling the crunchy gem up whole. As I bit into it, I was greeted with a taste I did not expect.

The crunch from the chopped gherkins and onions complemented the smooth pate and undoubtedly took on a bold character in the French representative of the dumpling family.

The creaminess of the mentaiko sauce balanced out the saltiness of the stuffing and gave it a light touch. A clear winner to start the meal off with. 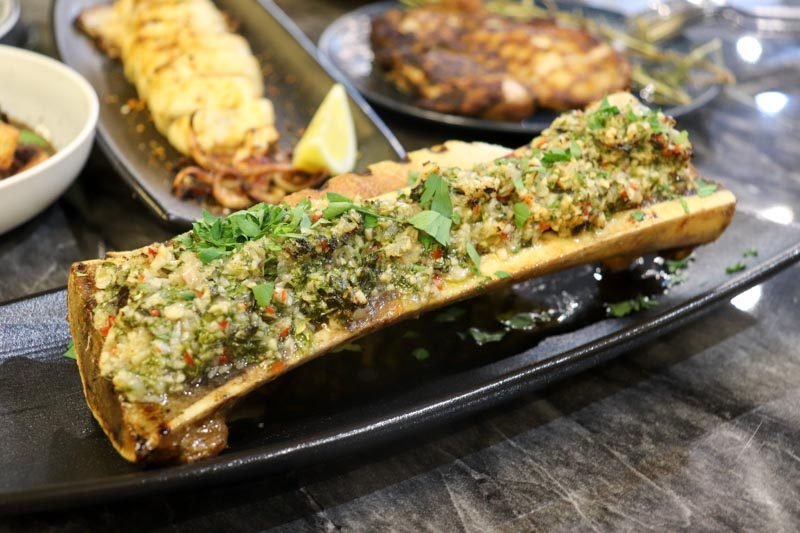 Exclusive to Frapasbar and one of their many ingenious dishes, we were served Escargot on Bone Marrow (S$20). It never really crossed my mind what it would taste like, especially with the addition of escargots.

Slathered with a generous amount of chimichurri that blanketed the escargot chunks, the unusual delicacy gleamed under the light with an inviting aroma. 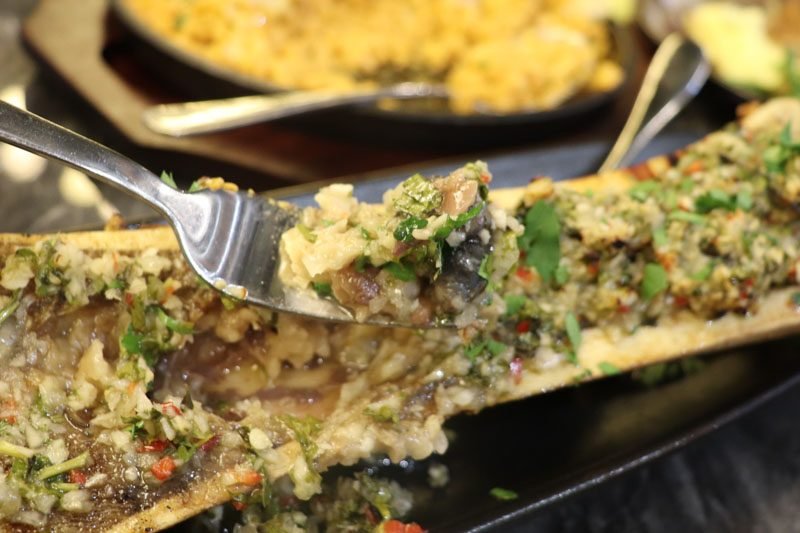 The gelatine-like flesh was buttery, which paired like two jigsaw puzzles with the chimichurri that brought out a punchy zest to it. Amplified by the minced garlic and herbs, the combination of flavours was almost enlightening.

Would I order this again? For that marvellous flavour explosion – yes. Next up was a dish with a story, Sophia’s Risotto (S$22). After an odd demand from his earnest daughter, the owner of FrapasBar combined otah into a traditional risotto recipe.

Realizing the combination had worked, the dish was then elevated with other premium ingredients, such as crab meat and mackerel. 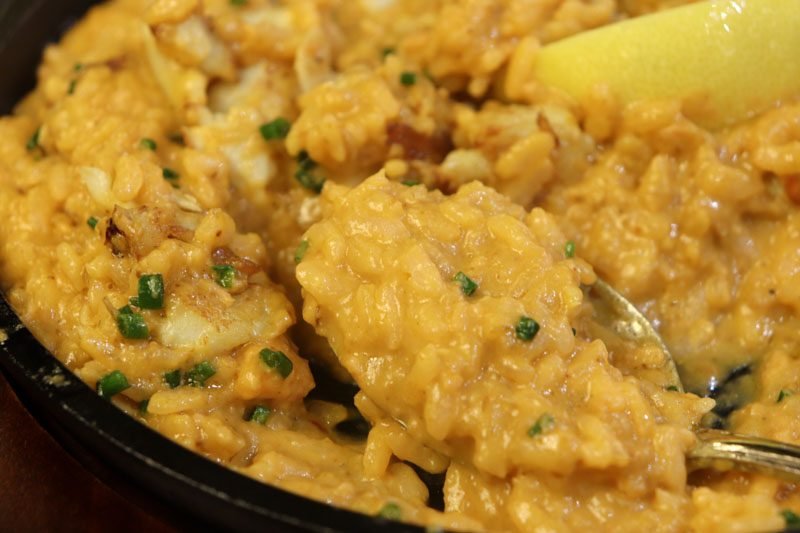 Served on a hot skillet, the risotto was presented al dente in a velvety cream sauce. Seasoned with hints of chilli, chives and coconut, the mix of the compelling ingredients will have you digging in spoon after spoon.

Its decadence was alluring and will have you devouring it in record time. Plus, the lavish amount of crab meat really intensified its worth. Who would have thought such an ordinary and unassuming grilled fish cake could work in Italian cuisine? 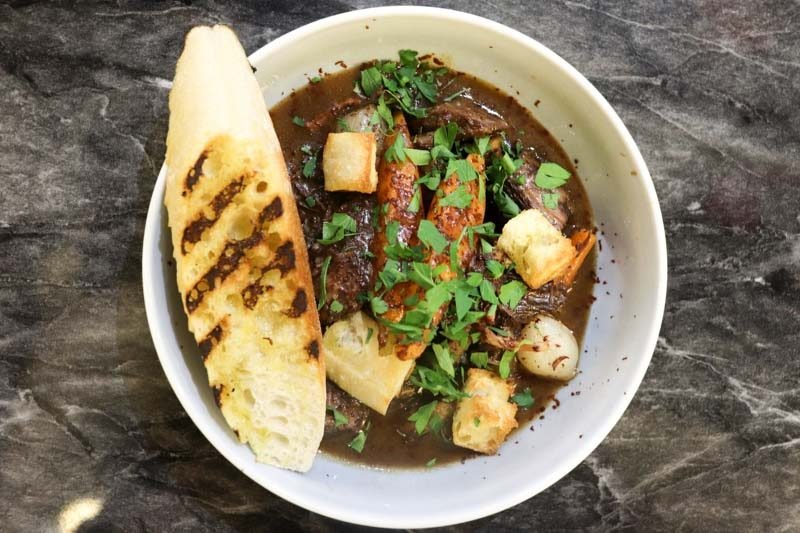 Now, for the star of the night – Valrhona Beef Bourguignon (S$14), or in layman terms, a chocolate beef stew. Now before you start making cynical assumptions on this sweet-savoury pairing, note that this dish was undoubtedly the Beyonce of Destiny’s Child.

The robust rustic stew was plated up with slabs of tender beef, bacon, carrots, baby onions and a toasted slice of buttered baguette. Infused with a splash of red wine and the (not so) secret ingredient Valrhona chocolate, the yin and yang balance was exemplary.

The bittersweet touch from the chocolate was subtle, yet it played an important role in separating them from any other ordinary stew. Additionally, the natural sweetness of the vegetables saturated into the cosy bowl to tie in all the elements, offering a pot of hearty goodness. However, it could use a bit more gravy. 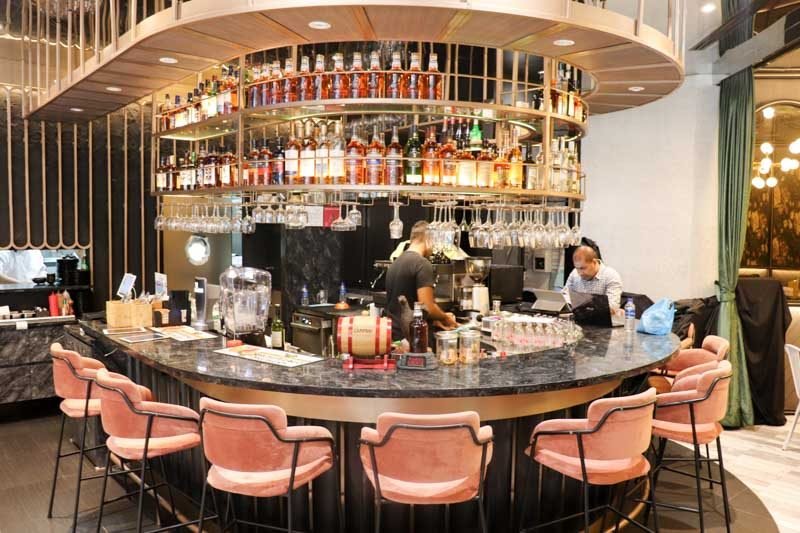 Also, if you ever fancy a drink around the neighbourhood, check out their lush bar. The All-Day Happy Hour special has drinks going at under S$10, I guarantee FrapasBar will appease both the hungry and those looking for a boozy kick. 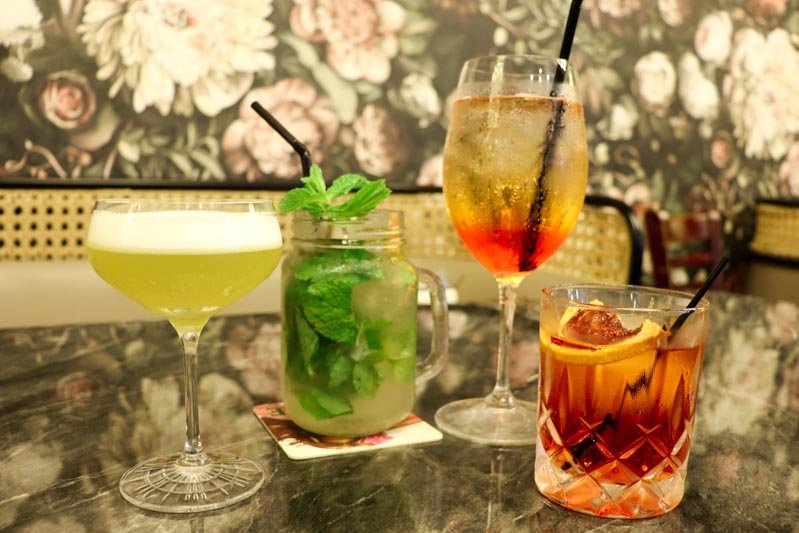 With a fancy array of classic cocktails such as (from left) Pisco Sour, Mojito, Aperol Sritz and Negroni all at an incredible steal of S$9 each, level up those midday chats without breaking the bank.

Plus, they’ve got the greatest playlist of grooves that will set your appetite in the right mood.

While I’m not used to the smaller portions tapas offers, Frapasbar by Saveur grasps the potential to be your next hangout spot. If you’re ever in town, FrapasBar at The Cathay has got you covered with their great alcohol deals. And if you’re an East-sider, it’s time to eat, drink and be merry at the Century Square branch without the exhausting travel to the city!

*This post was brought to you in partnership with FrapasBar