Sometimes, after waking up to a slow morning, I just want food that’s easily accessible, yet satisfying. So upon discovering a place in the heartlands that serves up handmade dim sum, I decided to give it a try. 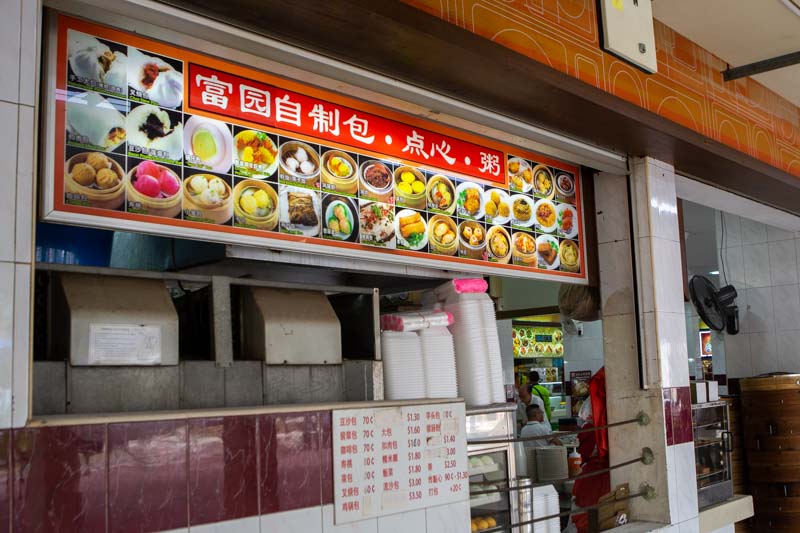 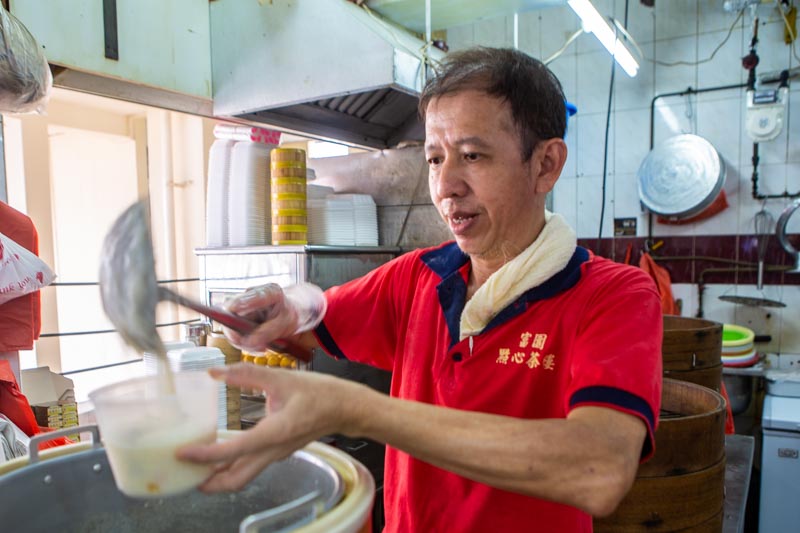 The owner behind the stall actually hails from Malaysia. He travelled all the way to Hong Kong many years ago to master the art of making pau. Upon acquiring a wealth of knowledge, he returned to his hometown in Kuala Lumpur.

It was there he began his dim sum business more than 30 years ago. However, it wasn’t until around three years back that he decided to move it to Singapore, to be with his children who’re working here. I noticed the owner was the only person manning the stall. He explained that young people nowadays aren’t that keen to learn how to make traditional dishes like dim sum. It’s a tedious process which requires skills and, most importantly, patience.

As such, he wakes up around 1am every morning to start prepping for the day. With the constant emphasis that his paus are all uniquely different from those elsewhere, we got a variety to try. 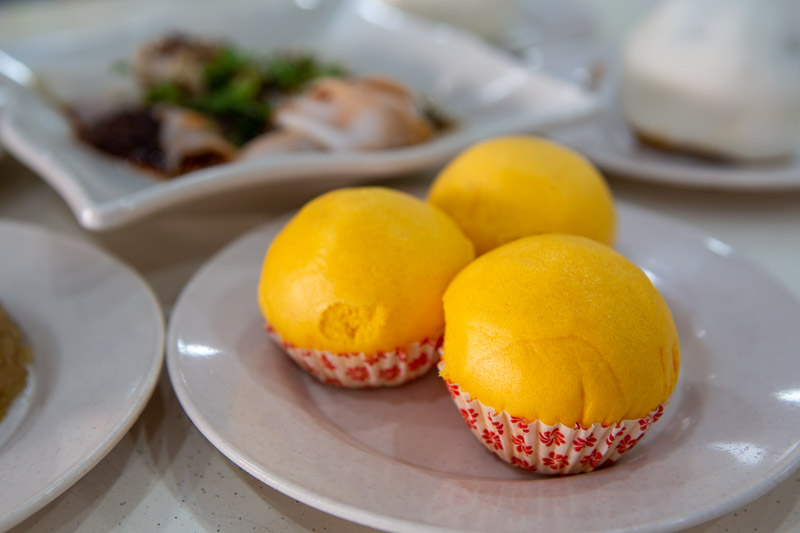 The first pau we got was Fu Yuan’s signature Liu Sha Pau 流沙包 (S$1 each). As he took them out from the steamer, the striking bright yellow hue caught my eye.

As I held it in my hand, I noticed that the bun was unusually soft. It also had quite a hefty weight to it, which was very promising. Just squishing it a little was like waiting for an explosion to happen. The moment I bit into the soft bun, a wave of salted egg yolk sauce burst out, flowing non-stop to our delight. 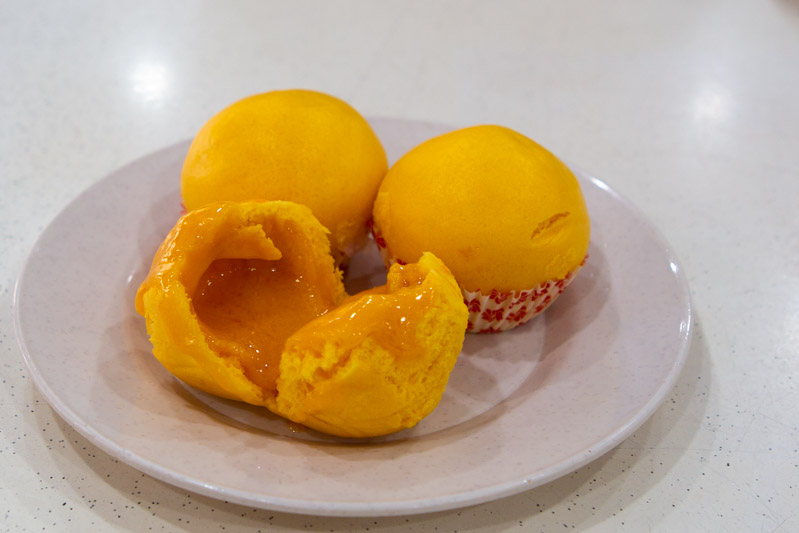 Extremely decadent with a tinge of saltiness, the salted egg yolk sauce was delectable. They also managed to nail its consistency.

Moving on to another signature item, we had Fu Yuan’s Ji Wo Pau 鸡窝包 (S$4 each). This dish was undeniably on the pricier side, but the humongous portion managed to justify its steep price point.

Essentially glutinous rice in a bun, the owner said this dish is very unique. I had to agree as the only other place I had this dish at was Lian Bang Fuzhou Handmade Bao. 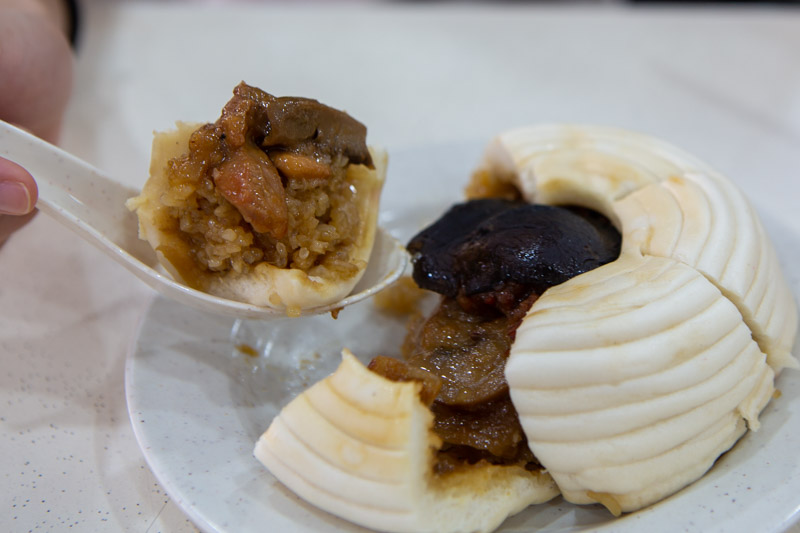 Like the Liu Sha Pau, the bun was soft and chewy. We also appreciated the tender and succulent chicken meat atop the glutinous rice. It had an umami flavour which went very well with the slightly salty glutinous rice.

The only lamentable part was that the rice was a bit dry, but it was just a minor issue. 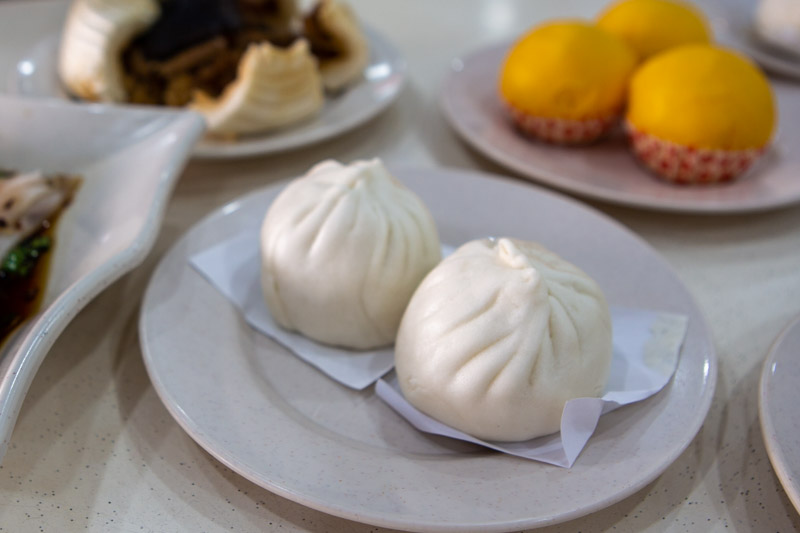 A mainstay of dim sum, the Char Siew Pau 叉烧包 (S$0.80 each) looked petite and unassuming at first. However, it would soon prove us wrong with the treasure it was hiding inside. 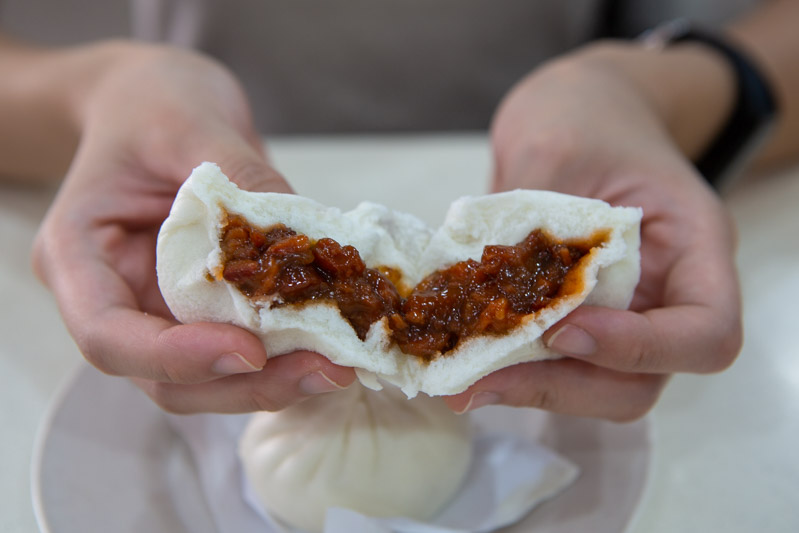 The barbecued pork filling in it was absolutely juicy and succulent. We could pick out a strong taste of honey with an extremely decadent flavour and smoky aroma.

For such a small pau, we agreed that the fillings were very generous. We simply couldn’t get enough of it as the chewy and tangy barbecued pork was just so irresistible! While we had just about enough paus, the owner insisted that we try his Braised Meat Pau 扣肉包 (S$1.60 each) too. Apparently, he braises the pork belly himself, which got us eager to try it. Straightaway, the sheer thickness of the slab of braised pork belly in the pau impressed me. The ratio of fat-to-meat was perfect, and there was a mild umami flavour in every inch of it.

Every bite I took oozed spectacularly with the juice of the pork belly and the braised sauce. It was apparent that the pork belly was well-braised. We were also glad that we tried this after all. 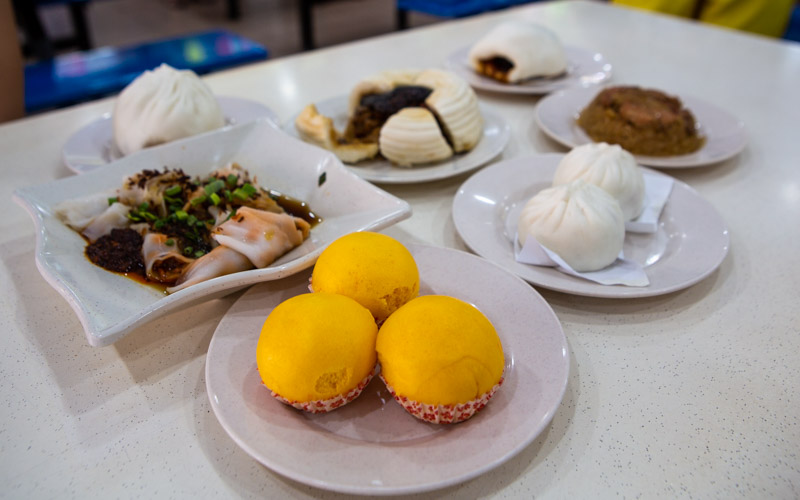 While we also tried the other dim sum dishes, the paus were the ones which truly stood out. There’s apparently a secret technique behind them that makes them so irresistible.

It turns out that the owner even sells them unsteamed to customers who want to keep them overnight. There’s a secret technique behind them that prevents his paus from becoming tough or drying out too quickly.