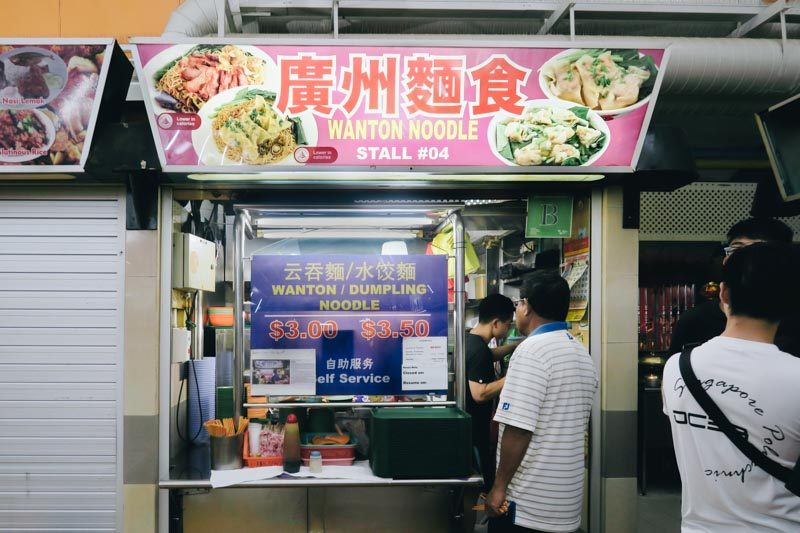 You may have seen the Guangzhou Mian Shi Wanton Noodles stall the last time you were at Tanglin Halt Market. Though the signboard is not readable by those who don’t understand mandarin, anyone is sure to identify this stall by its persistently long queues. 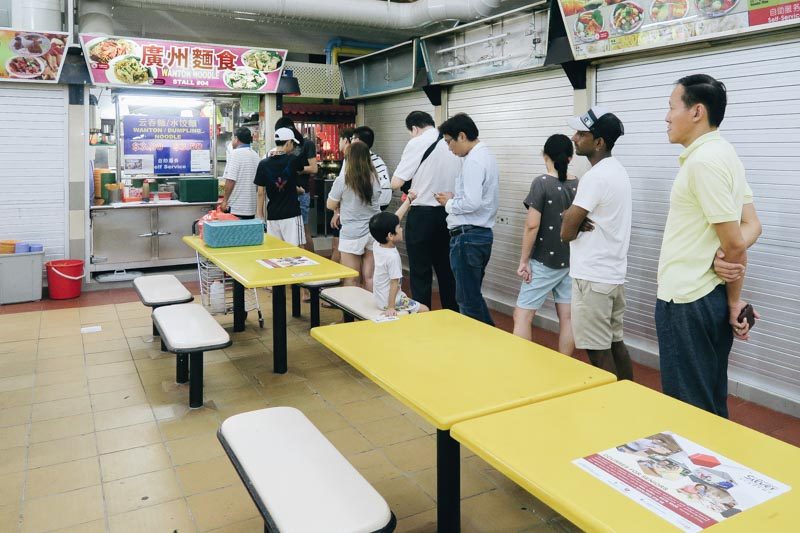 Though I was there pretty late at around 8.30pm, there was a still long line of about ten people ahead of me. This stall sells only one dish, and since it’s known for its lengthy queues, I was certain that the food would be good. 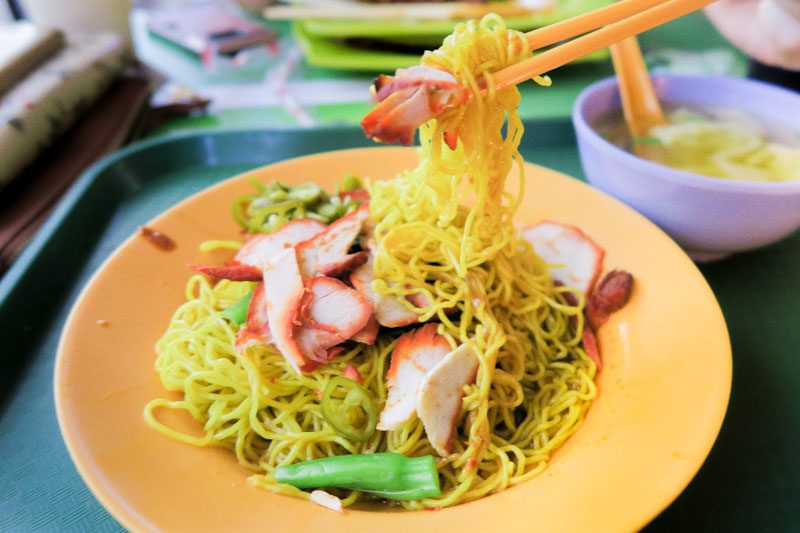 Sadly, the wanton noodles did not live up to my expectations.

The only thing I really liked about the Guangzhou Mian Shi Wanton Noodles ($3) were the noodles itself. Slightly thicker and starchier than the average wanton mee, these noodles were quite enjoyable, and I was glad I topped up an additional $0.50 for a larger portion size. However, I was pretty disappointed with the taste of the char siew. The char siew really felt like cardboard in my mouth and had a pungent aftertaste.

I’m not certain if this was because I came late at 8.30pm and the char siew had been sitting around since opening time, or if the quality is always this bad. I can’t tell for sure if this was a one-off thing unless I return again.

On the positive side though, the amount of char siew served was very substantial, and some may enjoy the texture of the meat that was sliced paper-thin. The dumplings were quite good in terms of texture, and there was a generous amount of meat inside. However, the soup was nothing to shout about, and I found myself wishing it was more flavourful. 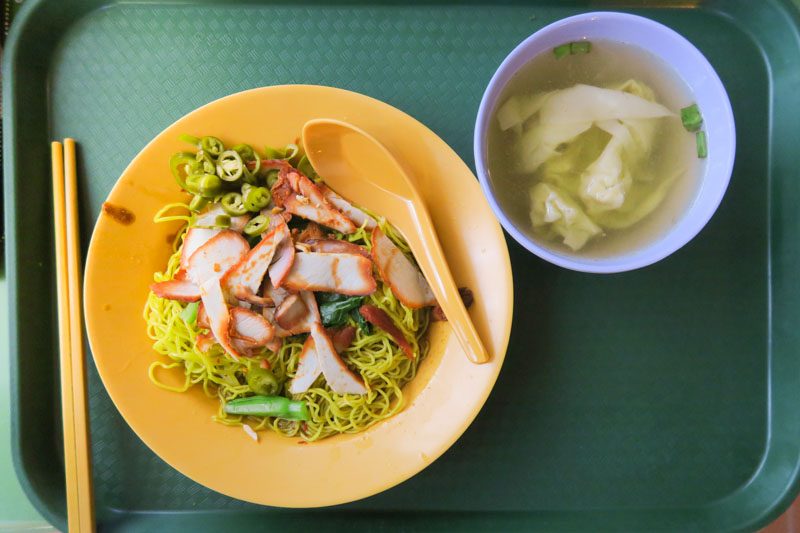 The wanton noodles at Guangzhou Mian Shi Wanton Noodles were average, at best. If the char siew had been better, the whole dish would have tasted nicer overall.

Though my experience here wasn’t great, I’d like to think there is a legit reason why this stall is so popular. If you’ve eaten at Guangzhou Mian Shi Wanton Noodles before, do let us know in the comments how it was for you!

Previous articleYoga From The Sky Sushi Edition: Put On Your Zen Mode With A Touch Of Japanese Culture At Raffles Quay This 16 July ‘17
Next articleStarbucks Coffee Kyoto Ninenzaka Yasaka Tea Parlor: Check Out The World’s First Starbucks Outlet With Traditional Tatami Rooms In Japan