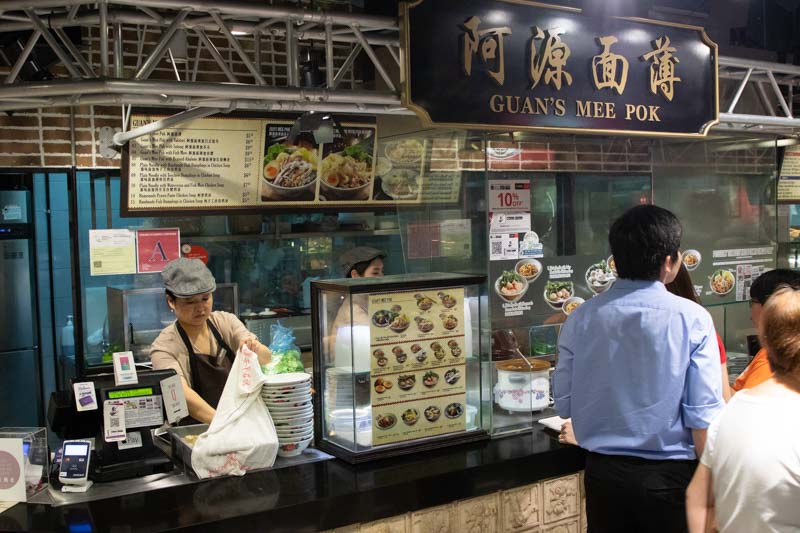 Hidden amongst the many eateries in Jurong East, Guan’s Mee Pok located in the Food Republic of Westgate is perhaps the best-kept secret of the West.

Established by owner Eric Chia in 1995, the now popular brand has outlets all around Singapore. 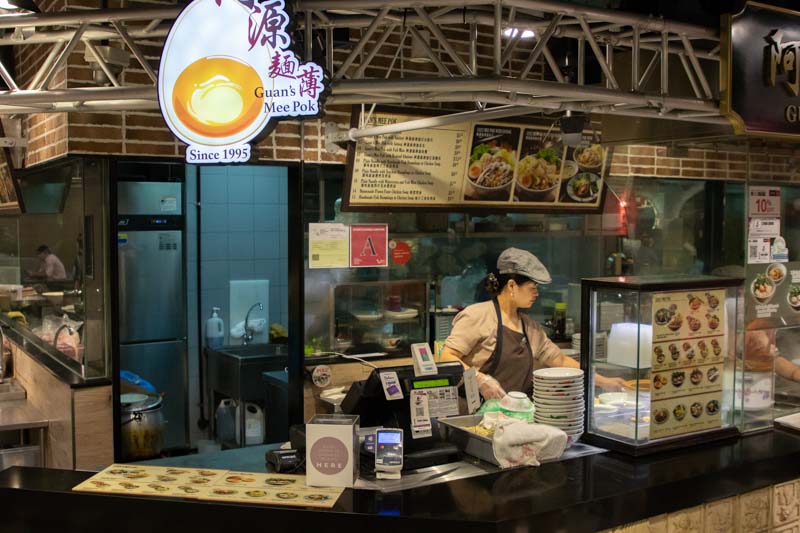 Guan’s Mee Pok has grown a lot since the first joint in Lorong 5 Toa Payoh, moving into larger malls such as Capitol Piazza, Great World City and even Jewel in Changi Airport.

Guan’s Mee Pok has a loyal following, so I made my way down to the Westgate outlet to see how good it really is. 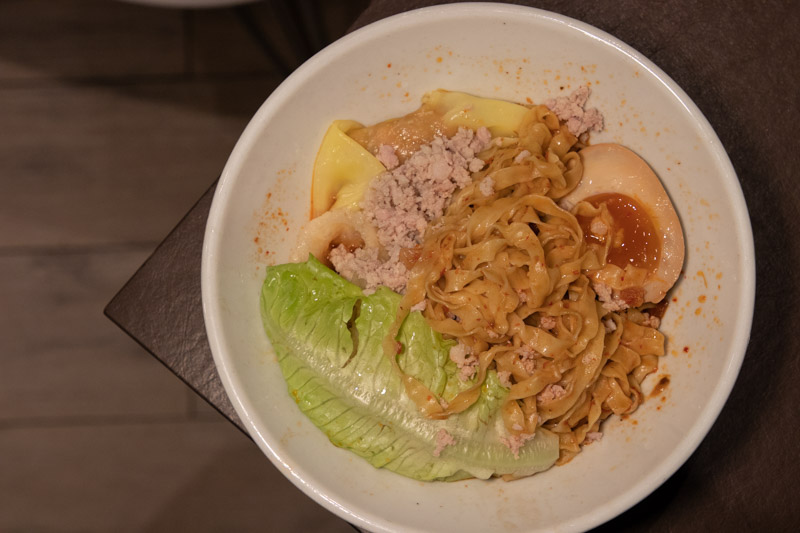 To begin with, I tried their Guan’s Mee Pok (S$5.80). The noodles came with “zhup” (sauce) consisting of vinegar, pork lard and soya sauce. Depending on your preference, you can choose to add chilli too. 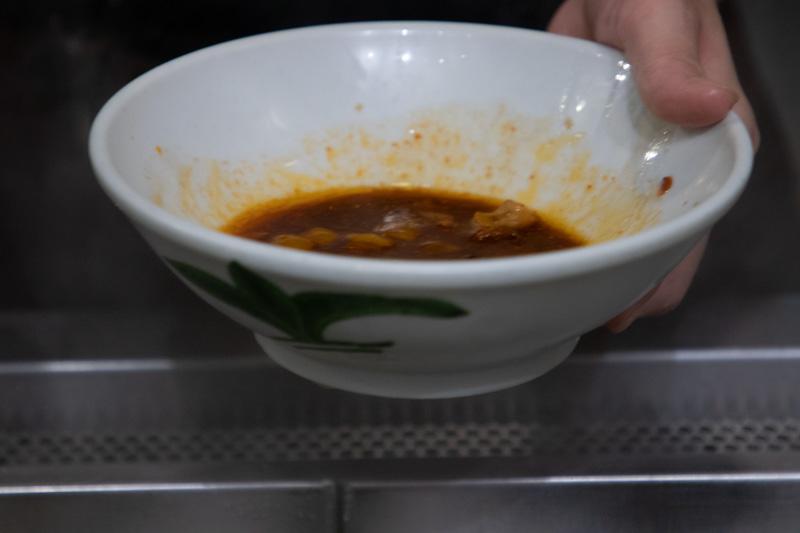 Despite containing many ingredients, the sauce actually tasted lighter than most of the others I’ve tasted which were very salty. 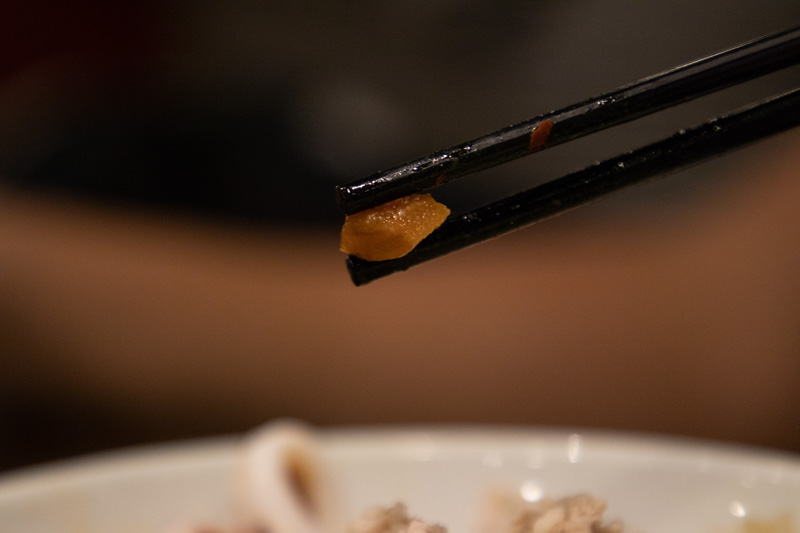 The pork lard added a crackling crunch to the dish, contrasting the chewy noodles. The burst of smoky and umami flavour also added to the depth of flavours in the dish.

Even the mee pok was slightly unusual, since it was curlier, almost like the noodles in ramen. 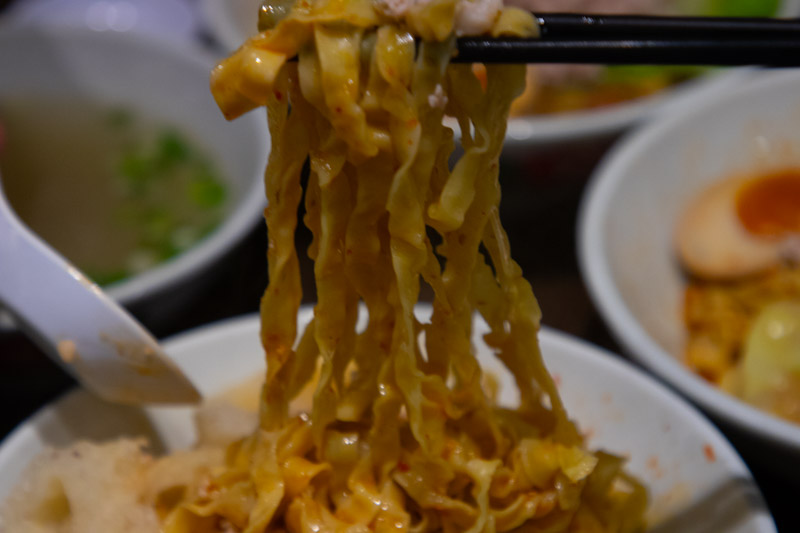 The texture was closer to ramen noodles as well as, since the mee pok was bouncier and satisfyingly chewy.

Evenly coated with the sauce, this prevented each strand from sticking to one another. 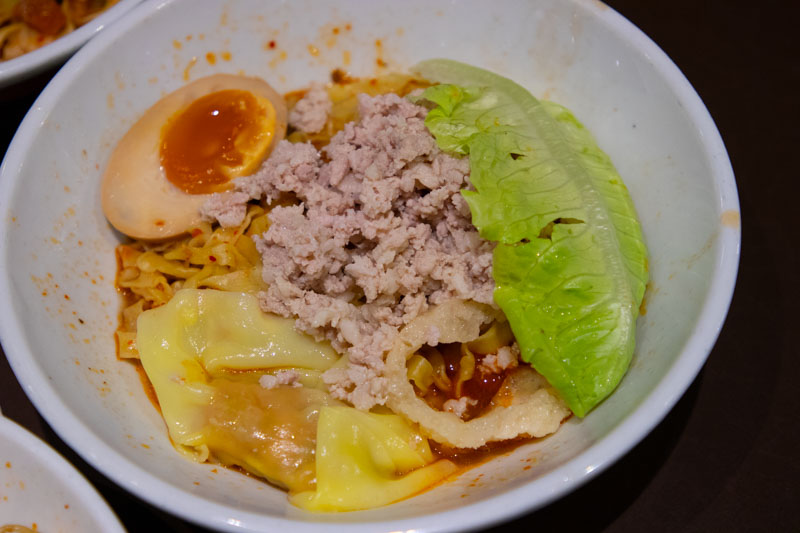 Something unorthodox about this bak chor mee stall was that all of them comes with an onsen egg, which had a beautifully done yolk which oozed out as I bit into it. 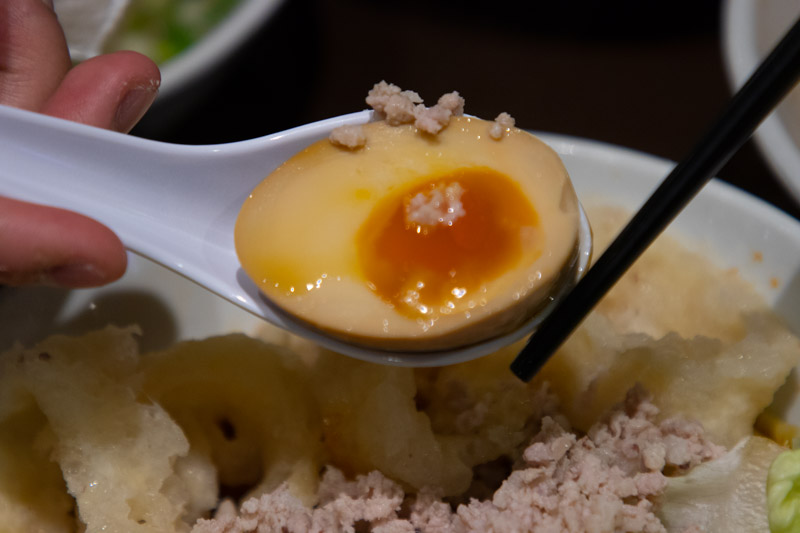 Most importantly, the minced meat was finely grounded which allowed me to conveniently pick up bits of it together with the noodles.

Eaten together, the bak chor mee had layers upon layers of flavours and I couldn’t help but go back for more. The dish also came with a bowl of soup which was very rich as it has been simmered with chicken bones. Thanks to the long hours of simmering, I could taste the natural sweetness from the chicken bones. 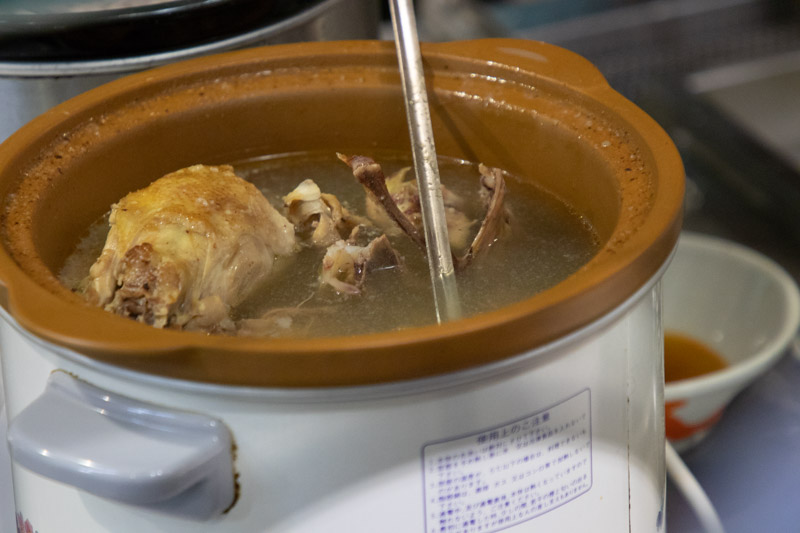 The bowl of soup was warm and hearty and was a great way to finish off the good meal I had. 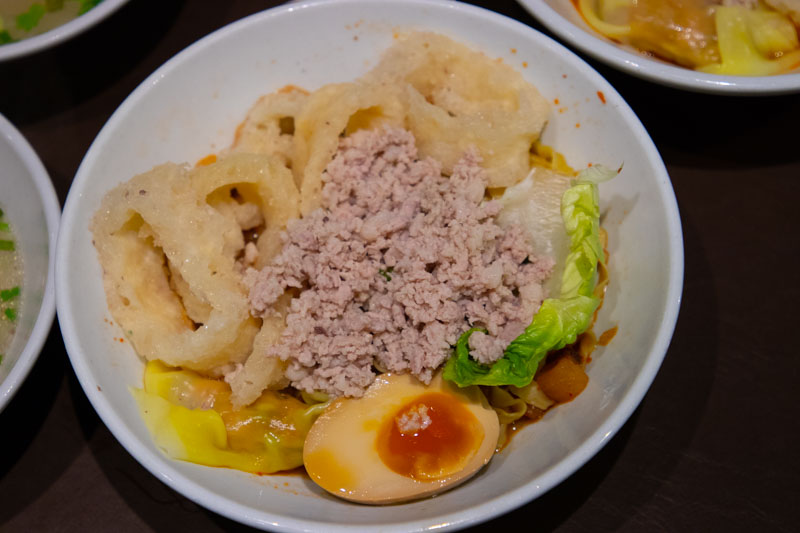 An atas version of bak chor mee was offered too, in the form of Guan’s Mee Pok With Fish Maw (S$9.80). The fish maw has been doused with a homemade XO sauce which reduces the fishy aftertaste of the maw. Spongy on the outside with a gelatinous texture inside, the fish maw soaked up all the sauce from the noodles.

The addition of XO sauce lifted the flavours of the fish maw and brought out a pronounced sweetness. On top of that, the sauce also had shrimp and garlic notes which were extremely aromatic.

However, as I’m personally not a fan of fish maw, I do not foresee myself going back again for this dish. 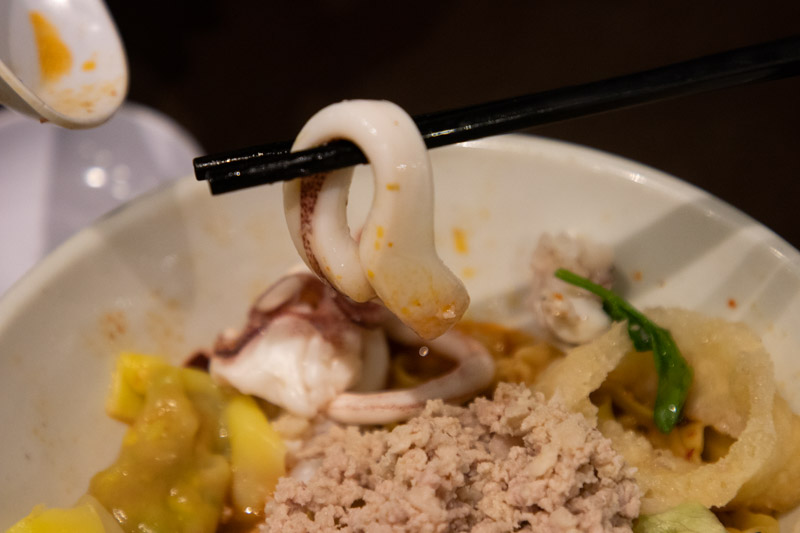 Overall, Guan’s Mee Pok has lived up to my high expectations of what a bowl of bak chor mee should taste like.

They also offer other variations such as bak chor mee with abalone, though it wasn’t available when I was there. The classic bowl of Guan’s Mee Pok (S$5.80) checks all the boxes for the things I look out in a bowl of bak chor mee.

What made me want to come back would definitely be how springy the noodles were and the lightness of the sauce. I would advise you to give the other novelty creations just a chance, but the classic bak chor mee is what I’d return for.

Previous article14 Food Spots Under S$10 In Tanjong Pagar For A Meal Without Breaking The Bank
Next articleNo Name Prawn Mee: Hidden Dry Prawn Mee For Only S$3.50 In Bendemeer