Honolulu Cafe was founded by Mr Yeung Jin Hei about 80 years ago and is now run by his sons, Mr Derrick Yeung and Mr Wayne Yeung. Altogether, there are nine outlets in both Hong Kong and China. In May 2016, Honolulu Cafe opened its doors to Singapore too – its first international outlet.

Famous for its coffee, tea and baked goods, could Honolulu Cafe be Singapore’s next cha chaan teng craze? 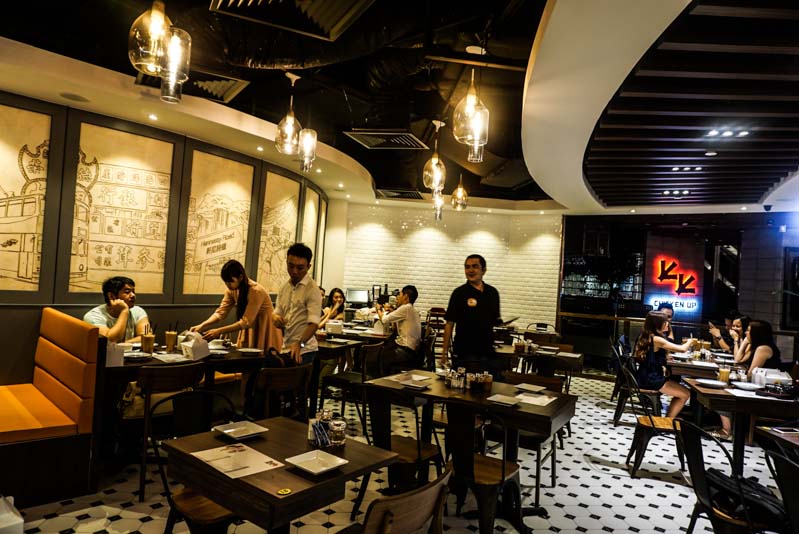 Honolulu Cafe is reminiscent of 1940s Hong Kong. With colonial-inspired, dim lights, checkered floors and simple drawings on the wall, it feels as if you have traveled back in time despite the fact that you are sitting smack in the center of Singapore’s busiest shopping area.

But of course, Honolulu is most well-known for their egg tarts. 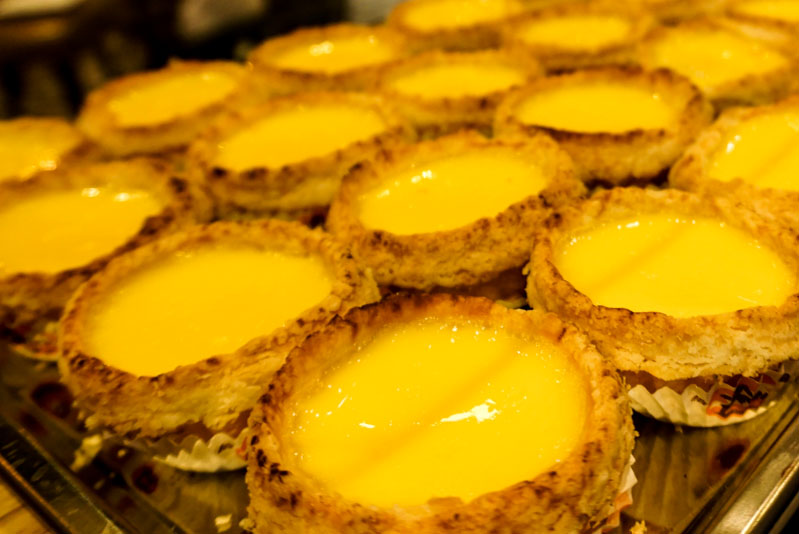 Honolulu Egg Tarts ($1.70 each) is probably the flakiest egg tart you will ever come across in Singapore. Made by freezing the dough overnight to fold 192 layers, the egg tart is exceedingly crispy and is pleasing to your taste buds. However, it would probably taste better if served warm. Nonetheless, these limited baked-daily egg tarts are worth queuing up for. The Polo Bun with Butter ($3) was better than expected but still did not match up to the Polo Buns in Hong Kong. The Polo Buns could be toastier and have a more rounded and complete egg-washed, sweet overcrust. Even so, the butter within tasted amazing with the crust. 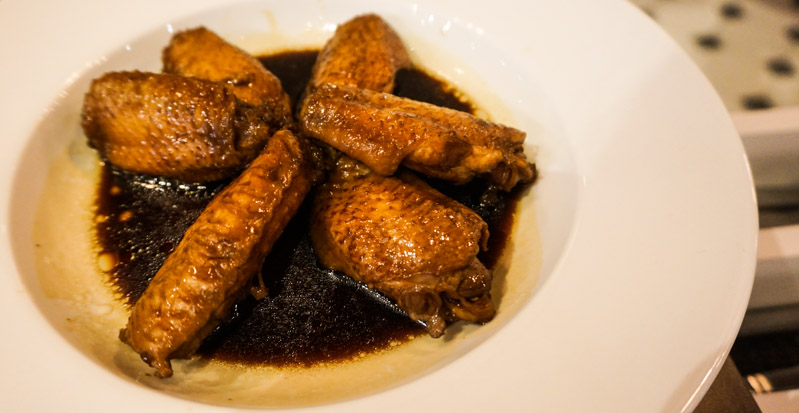 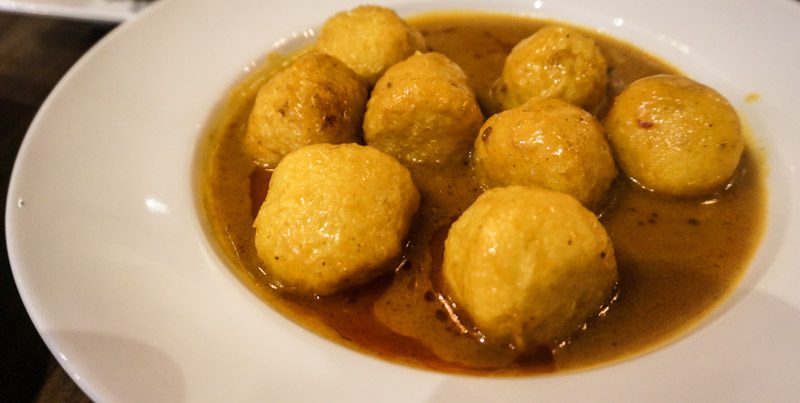 The HK Style Curry Fish Balls ($3.00) was also another highlight. These fish balls were certainly bouncy and chewy while the curry gravy was also slightly spicier than the HK style, perhaps adapted to the Singaporean taste. The Deep-Fried Egg Puffs ($2.00 each) tasted a lot like a donut or some may even say French Toast. However, it could have been better with a tinge of condensed milk inside, waiting to sinfully surprise you. The Stir-Fried Flat Rice Noodle with Beef ($7.00) unfortunately could also have been better if the beef was more tender. The noodles were no doubt moist and springy enough but did not taste as good as it looked. 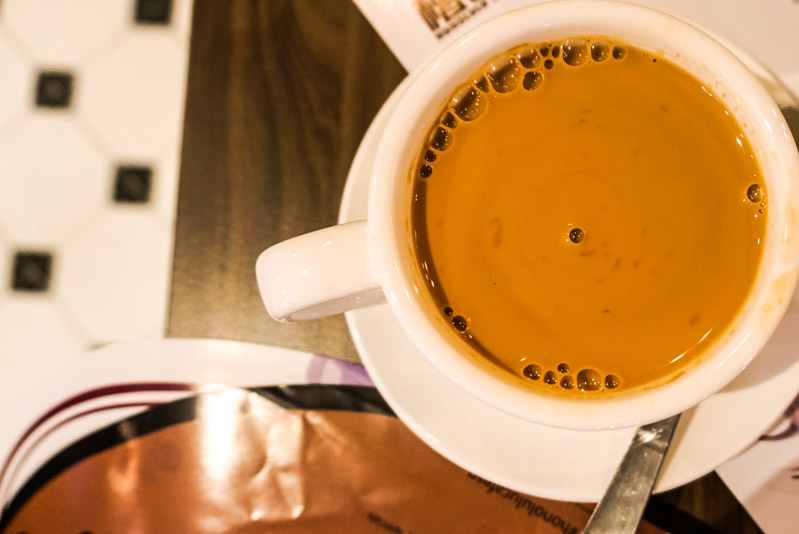 The Milk Tea ($3.00 hot / $3.20 cold) was creamy but slightly sour and I’m not sure if that is an intentional effect. To some, this may be favorable and to others, it may not. Taste is after all subjective. I personally liked it because I never like overly sweet Milk Teas. Overall, I really liked the experience at Honolulu cafe simply because it was fairly reminiscent of an authentic cafe in Hong Kong. However, I would not queue up just to dine there; Honolulu cafe’s Egg Tarts are great and so are the Curry Fish Balls but these highlights don’t need sitting down to enjoy unlike the Stir-Fried Flat Rice Noodles with Beef which didn’t quite sit on par with the former.  If that were the case, I’d just take away some egg tarts.

Worth a takeaway for their snacks, but I’d skip the mains. Queue time currently takes 1-2 hours, you’ve been warned.

Previous articleYan Singapore: Cantonese Omakase With A Side of Art
Next articleSingapore’s Four Finest Bartenders From Diageo World Class 2016