“Hospoda” — Czech for tavern, bar, or some kind of watering hole. Hospoda Microbrewery is a small Czech craft beer joint that’s been living up to its name for a while now. The only Czech microbrewery in Singapore if you must know. 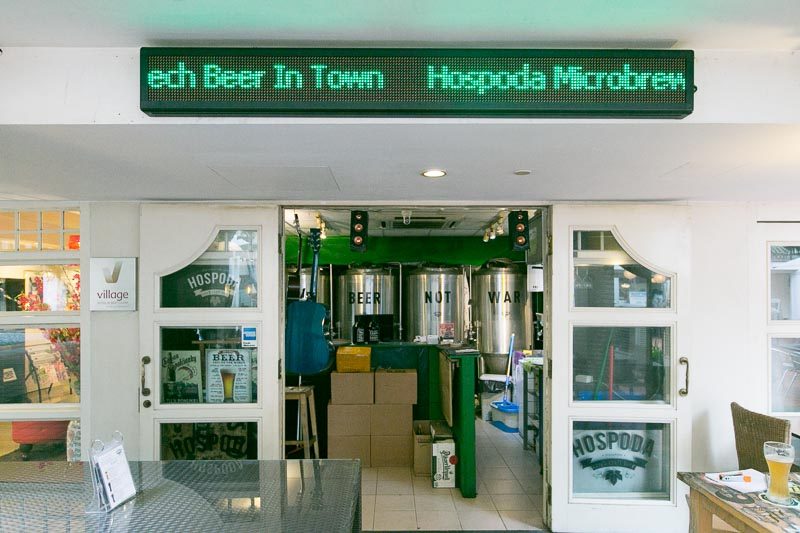 Darryl Chuan, 27, is the owner. To dive into the business of craft beers, Darryl left his career in the finance industry. Which not only makes for a great backstory, it puts legitimacy into his passion for brewing quality craft beers. 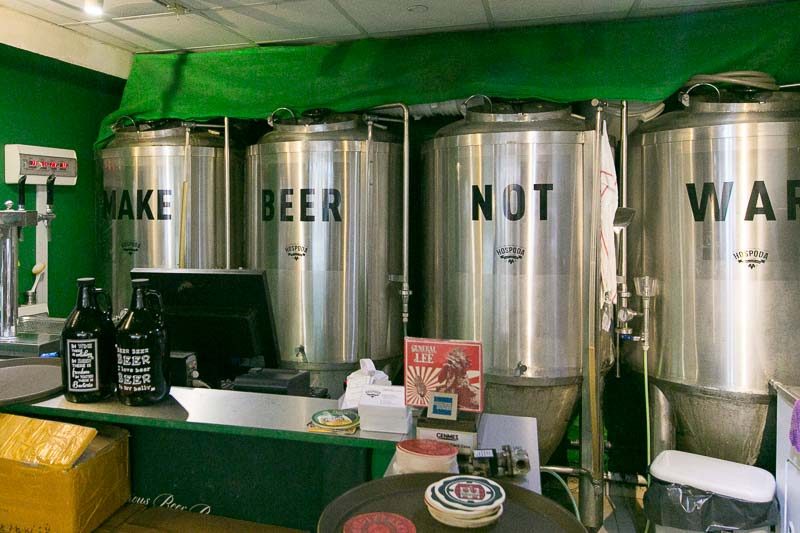 Germans and other European nations seem to get a lot of recognition for their contribution to the history of brewing beer. However, what about the Czech Republic? Formerly known as Czechoslovakia till some messy turn of events, the Czech Republic is actually the birthplace of the pilsner.

Hop Over To The Czech Republic

For those of you wondering what a pilsner is — it’s a type of pale lager. First produced in the city of Pilsen, in Bohemia, a region in the Czech Republic. All of that happened in 1842, and all that’s left for us to do is to enjoy what history has preserved.

Craft beer — I couldn’t think of a better way to get a lesson on history. The lower levels of carbonation (preservatives) in the brews at Hospoda Microbrewery also mean you won’t have to contend with a brutal hangover if you have one too many drinks. 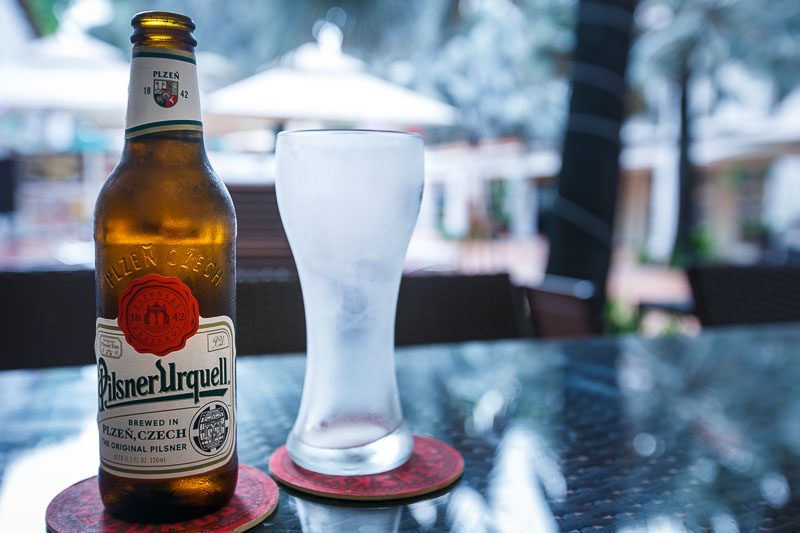 Pilsner Urquell (happy hour in bold $10/$14 ) is what you should get if you want to have a swig of history. However, you’re probably more interested in what it tastes like.

The floral notes are pronounced and hits you almost instantly. It’s also hoppy as craft beer aficionados would say. Pilsner Urquell definitely has a stronger flavour of hops compared to the other offerings on Hospoda Microbrewery’s menu. For most cases, the greatest giveaway of more hops in a brew is the bitterness of the beer.

Overall Pilsner Urquell is a nicely balanced beer, without overpowering carbonation that’ll leave that choked up foaming feeling at the back of your throat.

But we didn’t come just for the grand daddy of pilsners. Hospoda Microbrewery offers three of their own brews on tap and with such a concise menu, it’d be ludicrous for us not to try all three. The Bohemian Pilsner (happy hour in bold, half pint $7/$10, full pint $10/$14, jug $20/$28) is light and extremely easy to drink. Cold and straight from the tap, it’s refreshing with a light hoppiness with very minimal carbonation.

With the trend of sessionable IPAs catching on due to their mild flavour profiles and lower potency, this smooth and easy drinking pilsner should be a hit! And, it complements Singapore’s warm tropical weather as well. Its alcohol content though, is higher than the Pilsner Urquell, which was surprising because of the latter’s more pronounced flavour.

A mix of the light Bohemian Pilsner and the stronger Dark Lager, doesn’t just create a layered drink that’s nice to look at but, a compromise for those looking for something a little stronger than the Bohemian Pilsner. The Bohemian Mix (happy hour in bold, half pint $9/$12, full pint $12/$16, jug $22/$30) is Hospoda Microbrewery’s idea of meeting in the middle.

A 70% Bohemian Pilsner to 30% Bohemian Lager mix, ensures the bolder Bohemian Lager doesn’t overpower overall. The Bohemian Mix is more robust with the lingering hint of what can be described as chicken essence. Would this have helped me ace my PSLE? I can only wonder. 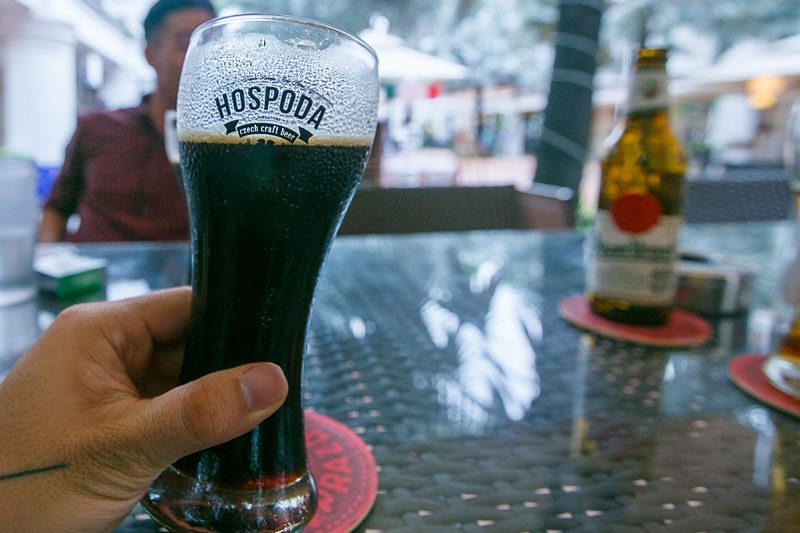 Definitely the strongest of the three, it’s also maltier and more savoury. Let it sit on your palate for a while and you’ll get it. And as with many dark lagers and stouts, there’s also a hint of chocolate, as with the Bohemian Dark Lager. If you’re peckish and in need of something to go along with your pints of beer, or just for the sake of not drinking on an empty stomach, try the Pork Burger ($20). It might not clinch the best burger in town award, but the coarse, savoury pork patty with a schmear of Siracha mayonaise is quite palatable. Personally I enjoyed the spicy kick of the whole dish. And while this isn’t some refined culinary masterpiece, gourmet food was never meant to be the highlight of Hospoda Microbrewery.

Hospoda Microbrewery is another great little establishment that’s paving the way for the craft beer scene in Singapore. I definitely don’t mind parting with a few more dollars for the effort that goes into brewing something that’s way better than the typical mass produced brew.

Previous articleNATIVE: Exotic Cocktails In Amoy Street Concocted With Ants & Other Foraged Ingredients From Around Asia
Next articleYour Name Cafe: Taste Dishes Inspired From The Popular Anime Movie In Japan