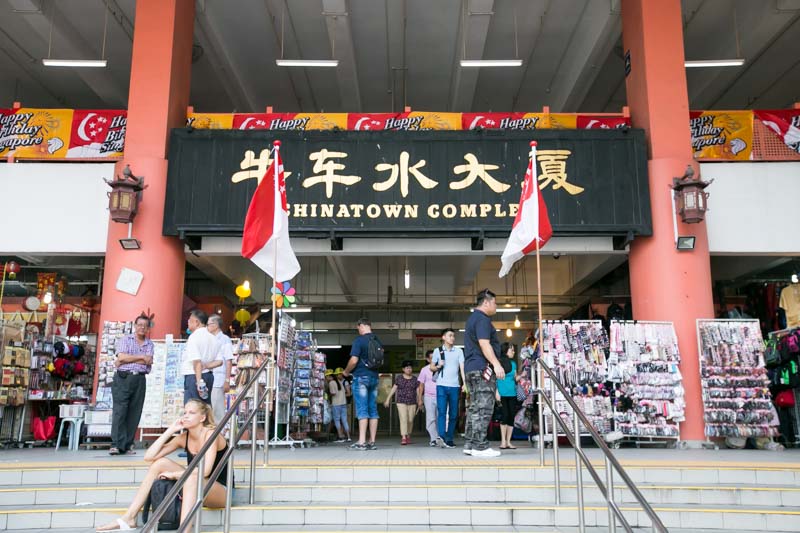 I’ve heard that the 40-year-old Lian He Ben Ji Claypot Rice 联合本记煲饭 in Chinatown Complex Food Centre has a waiting time of up to an hour.

I didn’t understand why people are willing to queue so long just for a claypot rice, so I headed down to investigate the hype. It took quite some effort to locate the stall as it was tucked away in an unassuming corner. Despite reaching early at 6pm, I was still told I had to wait for 30 minutes. There was already a crowd queueing for their food!

The stall owner, Mdm Lim started off working here to help her boyfriend’s family back when she was 16 years old. Today, several decades later, she helms the stall with her cousin and two sisters. What caught my eye was the orderly rows of claypots over blazing charcoal stoves, shrouded by smoke.

It seems like the stall still follows the traditional cooking method of preparing claypot rice. I watched in amazement as Mdm Lim skilfully handled each of the 18 claypots. Now, that’s some next level multi-tasking! Each order of claypot rice at Lian He is prepared from scratch to ensure its freshness. This is different from other stalls where the rice and ingredients are prepared beforehand, to speed up the process. Each claypot is steamed over a stove for five minutes before ingredients are added to it. The rice is then placed over an intense charcoal fire for a minimum of 25 minutes.

While slow and time-consuming, Mdm Lim believes that this is a necessary effort to imbue the best flavours into the rice. The most popular dish was their Mixed Rice (S$10) as it contained the ingredients of all the other claypot rice renditions. From lup cheong (Chinese sausage) to salted fish, this dish has everything.

We were surprised by how generous the portion was. Generous chunks of chicken were scattered all over the soya sauce drenched rice. I could also spot a substantial number of sausage slices strewn beneath the blanket of rice. What a steal for just S$10! 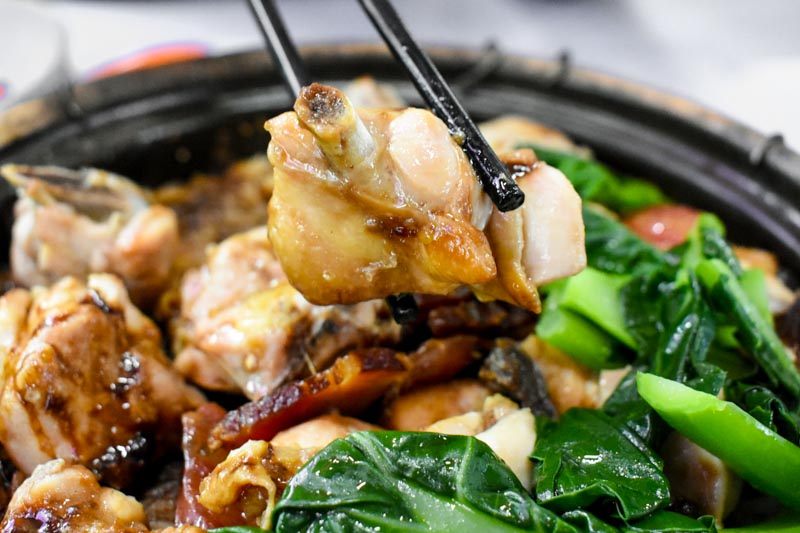 I couldn’t resist the temptation of the juicy-looking chicken and immediately took a bite of it. Its succulence and chewy texture won me over immediately. The chicken had clearly soaked up the fragrance and flavour of the soya sauce, a testament to the long cooking duration.

The lup cheong contributed greatly to the fragrance of this dish, adding a unami flavour that elevated the dish to a whole new level.

The tough texture turned out to be a blessing in disguise. When paired with the soft rice and chicken, it gave a unique bite that was surprisingly addictive. 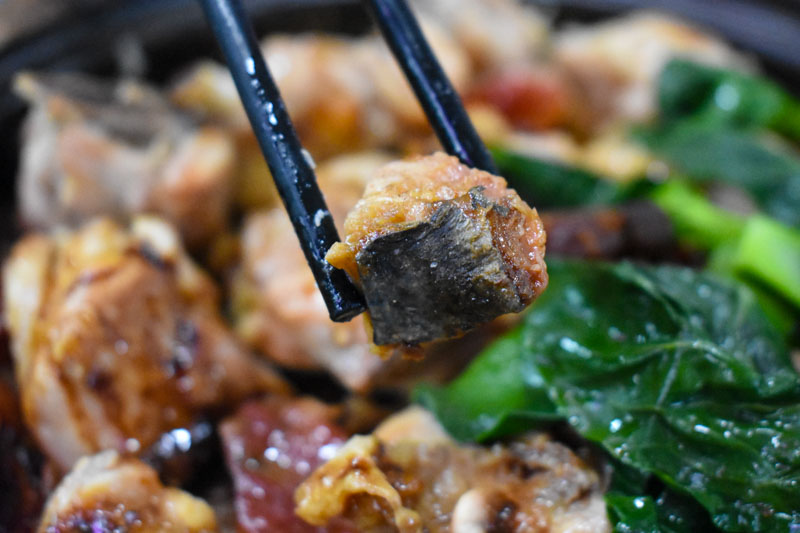 The salted fish might be a little too intense on its own, but it went well with a spoonful of rice.

Adding in salted fish helped to bolster the flavour of the rice, though, you should beware of biting into pieces that are too big as it is seriously salty. I appreciated how the rice was pleasingly soft yet not mushy and I could taste each distinct grain. However, its aroma was a little lacklustre, probably due to the absence of lard.

Oh well, I guess that is the sacrifice to make for taking the healthy path. Thankfully, the flavoursome ingredients were its saving grace.

You’re not eating claypot rice properly if you don’t mix the charred rice on the sides and bottom of the pot along with the rest of the rice. This is a must-do to infuse a robust wok hei fragrance to every mouthful.

Lian He Ben Ji Claypot Rice provided a homely dining experience. Though it wasn’t perfect, every bite was heart-warming.