Roasted meats stalls are aplenty in Singapore. There’s almost at least one in every hawker centre and coffee shop. However, it is difficult to find a stall that ticks off all the boxes of well-roasted meats.

More often than not, I find myself getting disappointed by subpar quality meats that are priced pretty steep. When I had Ju Kee Charcoal Roasted at Holland Drive for the first time, I was impressed by the quality of their meats at its affordable price. 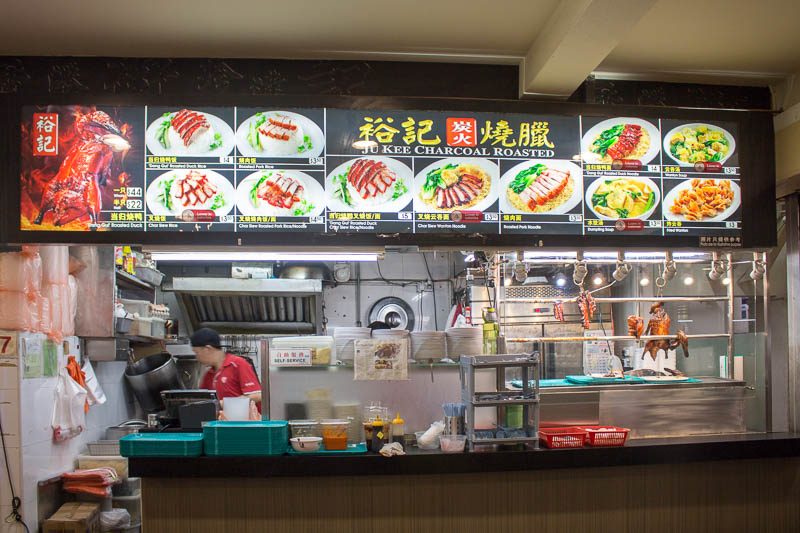 Hence, I decided to make my way down again to try out more of their menu even though it is not very convenient for me. They are obviously a popular favourite amongst the people living around the Holland area though. There was a queue when I arrived, even when it wasn’t peak period. That is a Singaporean sign of good food. 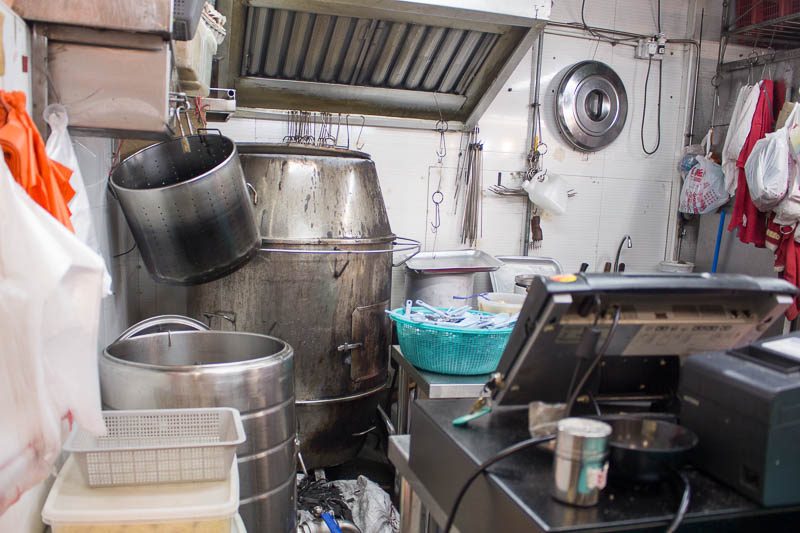 Just behind the cashier is a huge cylindrical metal oven, where they roast their meats with charcoal in-house. There’s nothing fancy about the setup, but the roasts hanging on the display made my mouth water. I went ahead to join the queue, eager to dive into some good roasts. 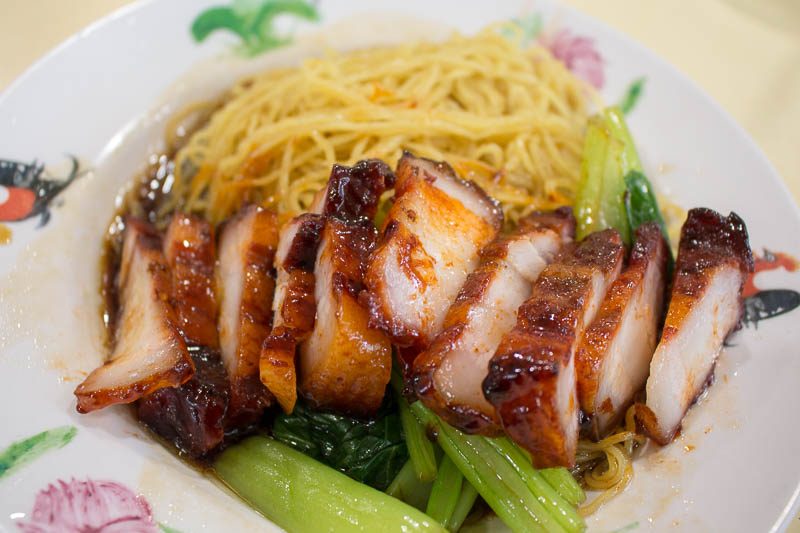 The first plate I got was the one that had me convinced this was one of the best roast places, the Char Siew Wanton Noodles (S$3.50). I was so excited carrying it back to my table; it looked absolutely divine. It came with 12 slices of char siew, a generous portion of noodles and some vegetables on the side. 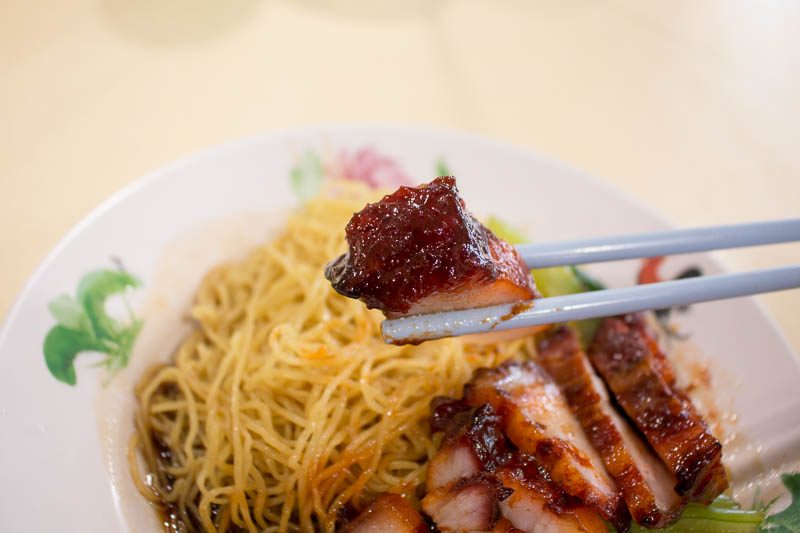 The char siew was as amazing as I remembered it to be. It brought me back to the days where I visited Hong Kong, which served the best wanton noodles. The edges were well-charred with a hint of smokiness and sweetness. It gave the char siew a nice crisp edge to contrast with the meat itself. 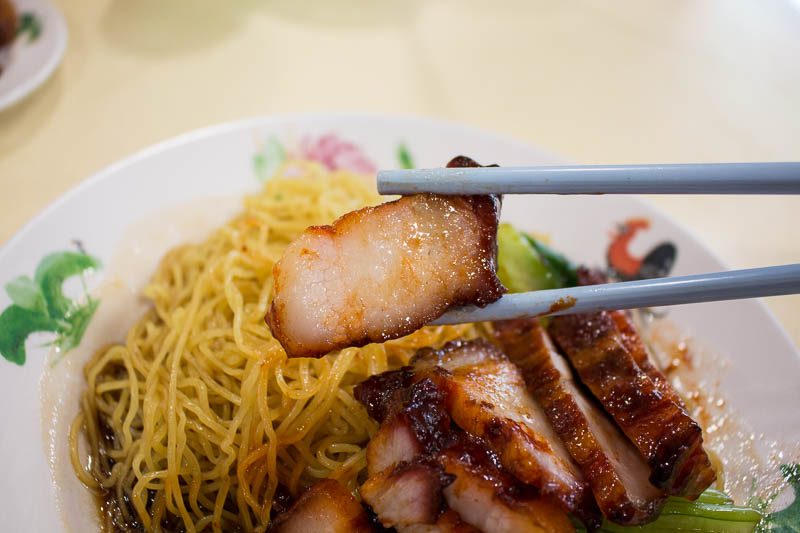 The meat itself was slightly on the fatty side, as I could tell from the translucency of the meat. I love how it almost melted in my mouth, with an intense flavour from the marinade. The slices were chunky and the proportion of lean meat was just enough to give it a nice bite.

This is superior compared to the blander versions that most places serve. Definitely one of the best char siew I’ve had in Singapore. As if the char siew wasn’t good enough for this humble dish, the noodles made it great. The egg noodles were perfectly cooked al dente for that light and springy texture.

The noodles had a subtle eggy taste to them even after being tossed in sauce, which complemented the sweet char siew perfectly. With the boiled vegetables, this made for a balance and comforting meal. 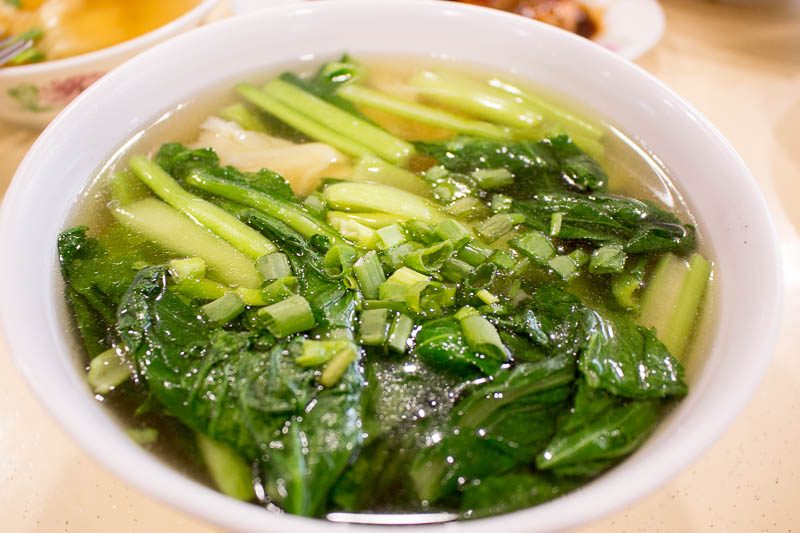 It also came with a tiny bowl of soup with three wantons in them, which were so delightful I was glad I got a bowl of Wonton Soup (S$3.50). There were 10 pieces of wanton, with a generous serving of vegetables piled on top. 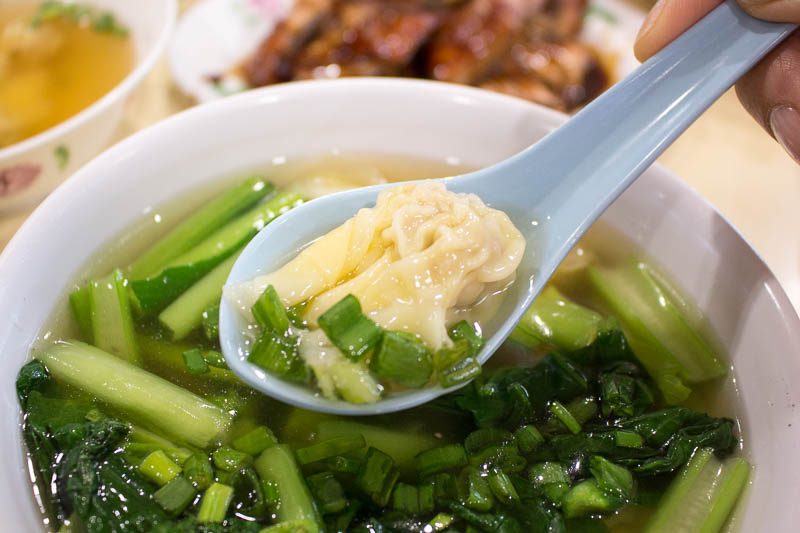 The wantons had a thin and silky smooth skin that was even enjoyable to have on its own. Although the minced meat within was pretty small, it was well-marinated and tasty. The soup itself was light but carried a hint of flavour to make it appetising. If you are hankering for a snack, this may do the trick.

As they are famous for their Dang Gui roasted duck too, I had to get a portion of Dang Gui Roasted Duck And Roasted Pork Noodles (S$5). They were served with the same springy egg noodles, with the meats served on another platter. The dang gui-infused duck was doused in dark sauce, and I was slightly hesitant as to whether I would like this. I decided to go for the skin first, and I was glad the roasted skin was thin and flavorful although I wish it was crisper. 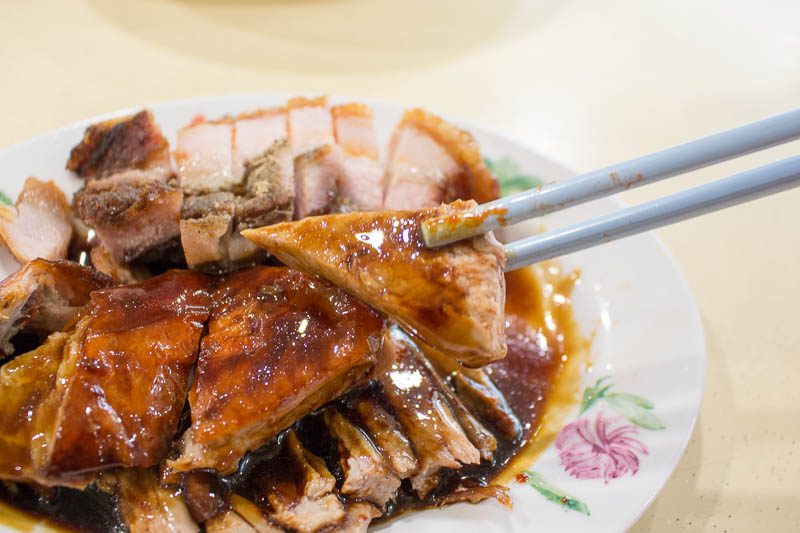 The meat itself was moist and tender, with not a hint of gaminess. Instead, there was a subtle herby taste from the dang gui. This may not be one of the best ducks I’ve had, but it was decent. Those who like herbal tang to your meat, you will like this rendition. The last plate we had was the Char Siew Roasted Pork Rice (S$4.50), one of the most common offerings that people go for at roasted meat stalls. I was glad that the rich sauce was generously slathered over the rice for an intense flavour. 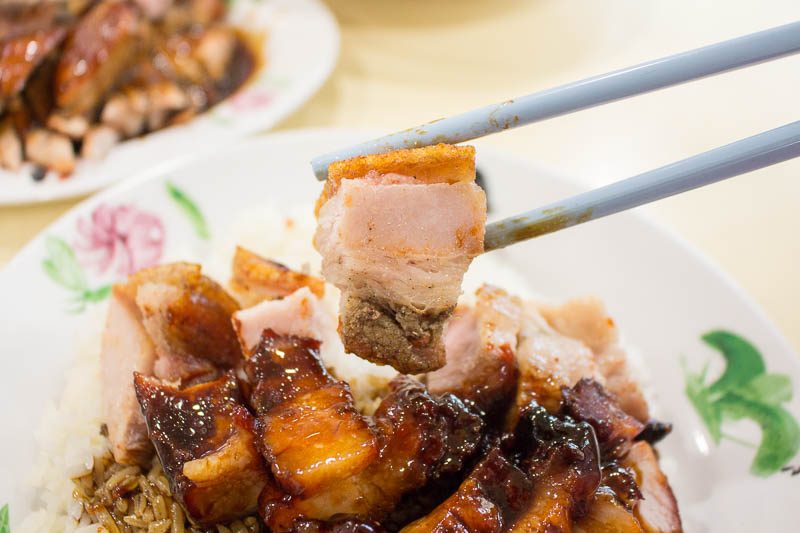 I raved so much about the char siew and expected the roasted pork to be equally amazing. However, I was disappointed. The skin was crunchy with an airy finish that made it light and appetising.

The meat was relatively tender but I felt it was lacking a thicker layer of buttery fat that typically make roasted pork amazing. It was also slightly dry and small in serving size.

Roasted meats may not be something that I have every day, but when I want it I do have high expectations. The wanton noodles are definitely the winner here with the sweetly glazed fatty pork slices, bouncy egg noodles and well-made wantons.

While the dang gui duck and roast pork did not fare as great, they are definitely above average from what you would get at a typical roasted meat stall. If you are around the Holland area with no idea what to eat, give Ju Kee Charcoal Roasted a try!