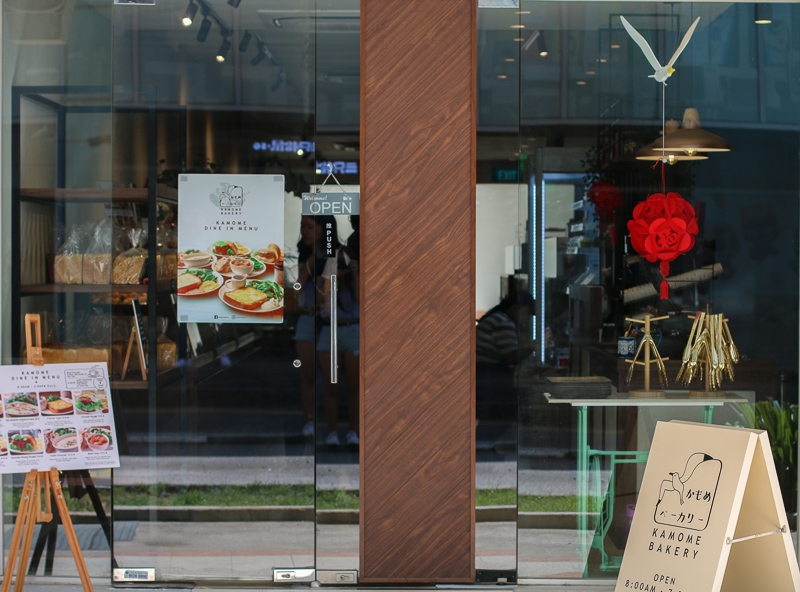 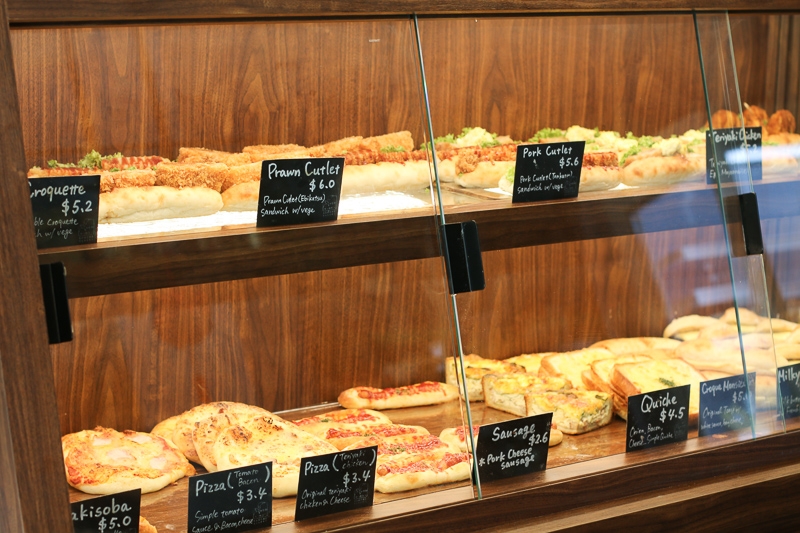 Located a stone’s throw away from Novena, Kamome Bakery is a newly-opened minimalistic Japanese cafe. As the name suggests, the cafe specialises in baked goods and offers a variety of bread. 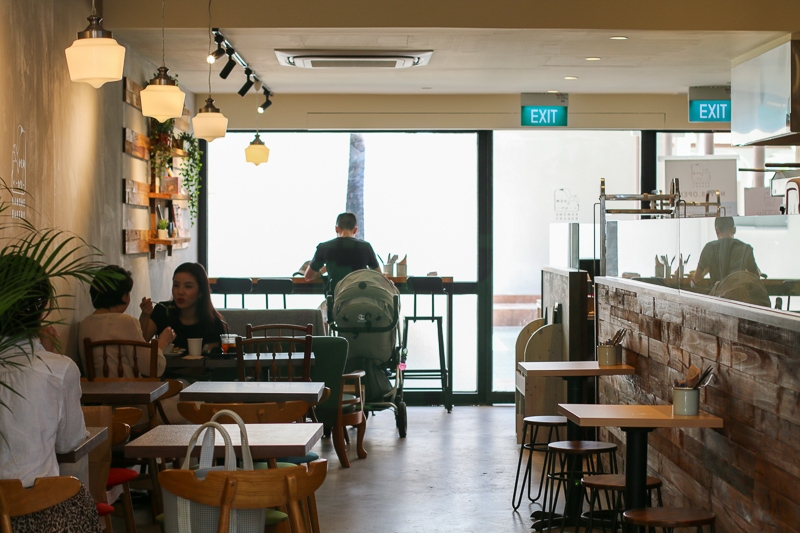 The cafe has a minimalistic yet cosy touch to its interior design with its wooden furniture and grey walls. The lighting is also rather warm which really gave off homely, welcoming vibes. 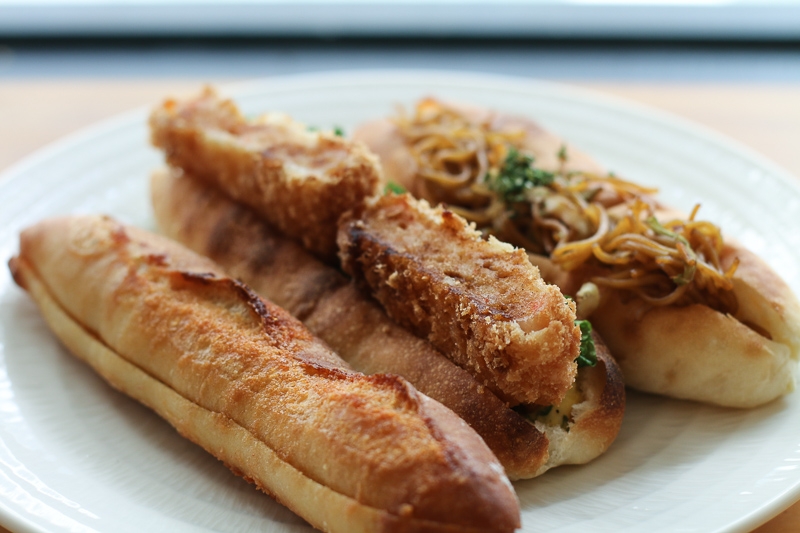 If you’re into baguettes, I’ll definitely recommend trying out Kamome Bakery’s extensive list of Japanese-inspired baguettes. We decided to get the three most unique types—Mentaiko, Prawn Cutlet and Yakisoba. Out of all three, I definitely enjoyed the Prawn Cutlet (S$6) the most. Also known as Ebikatsu in Japanese, the prawn cutlet is essentially succulent prawns coated with crispy panko crumbs then deep-fried.  The prawn cutlet was quite juicy and the panko crumbs added a lovely crunchy layer, wrapped around the prawns. I’d definitely recommend getting this bun if you’re a fan of prawns. The other extremely Japanese-inspired bread is the Mentaiko (S$2.40) which is a classic ingredient used in most Japanese dishes. Mentaiko is the Japanese term for cod roe and it’s packed with flavours that would probably remind you of fresh seafood.

I’ve personally never seen mentaiko paired with bread, so this unique flavour definitely surprised me. The cod roe added a subtle amount of brine to the bread, which is great because I love mentaiko dishes. 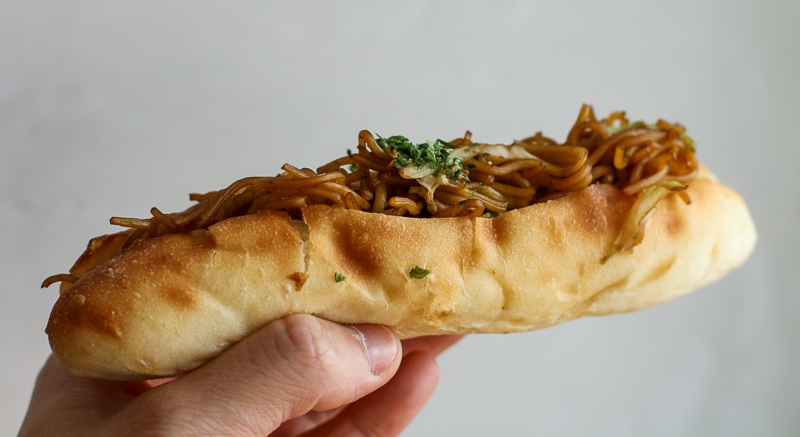 To end off all the Japanese-inspired baguettes, we have the Yakisoba (S$5.20) which is a toasty baguette topped with soba noodles and cabbages. Unfortunately, I felt that there was something missing from this baguette—probably sauce—because of how dry it tasted.

However, I did notice that many mothers at the cafe bought this bread for their children, which made me quite puzzled. The noodles were springy and cooked well but just didn’t complement the baguette well. 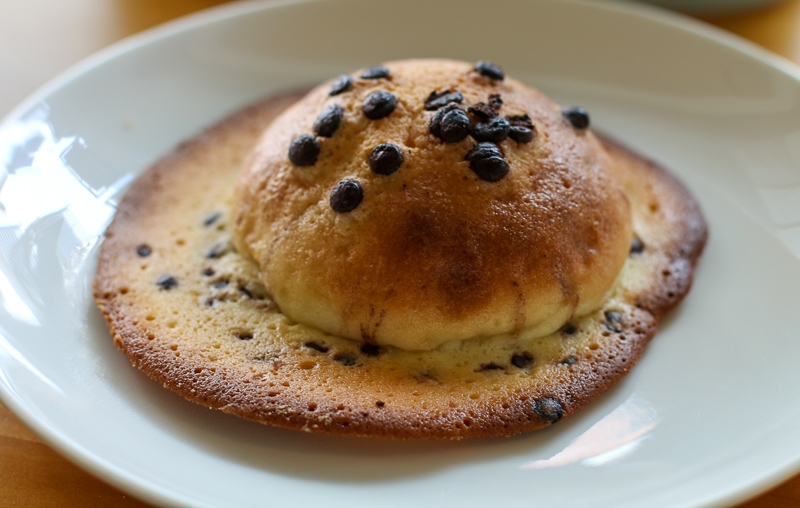 Other than the savoury pastries from Kamome Bakery, we also tried a few sweet treats which included the Chocolate Hat, Raspberry Cheese, Banana & Brown Sugar and lastly, the Red Bean & Butter. The Chocolate Hat (S$2.60) was an absolute sweet treat with chocolate chips sprinkled into a fluffy cake. The rim of the cake was a brittle sort of cookie that resembled the visor of a hat. 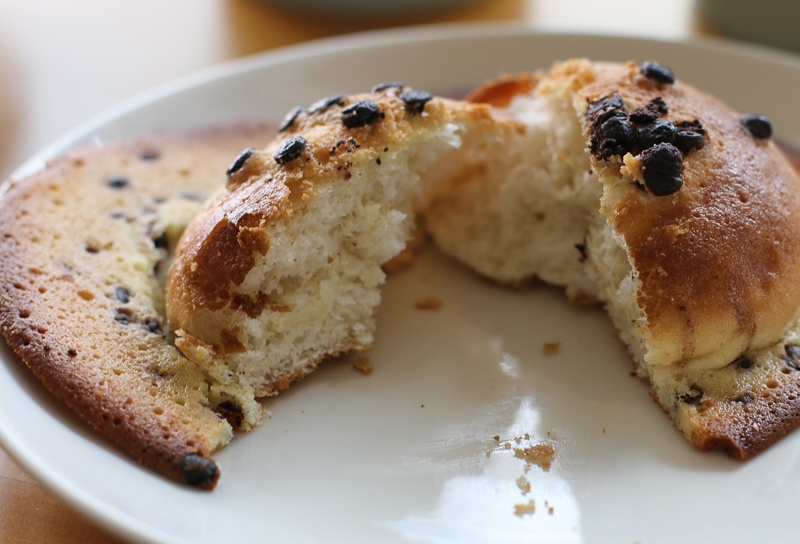 The cake wasn’t too sweet and I simply adored the light and airy texture—I could totally eat this as a snack every day. 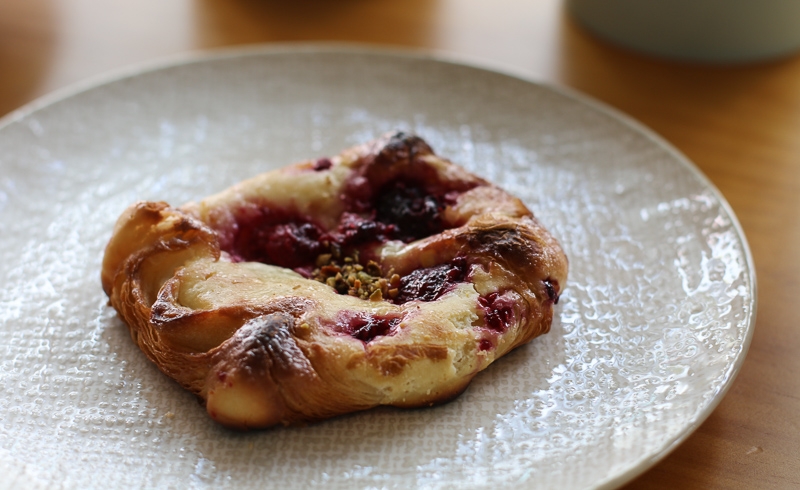 The Raspberry Cheese (S$3.40) was by far my favourite because of the combination of tangy, sweet and creamy flavours all in one pastry. I am quite a big fan of all things berries so this one definitely satisfied my berry cravings.

The bread was quite fluffy and the cream cheese mixed with berries was a really refreshing accompaniment with the bread. I’d recommend berry lovers (like myself) to definitely give this a try. 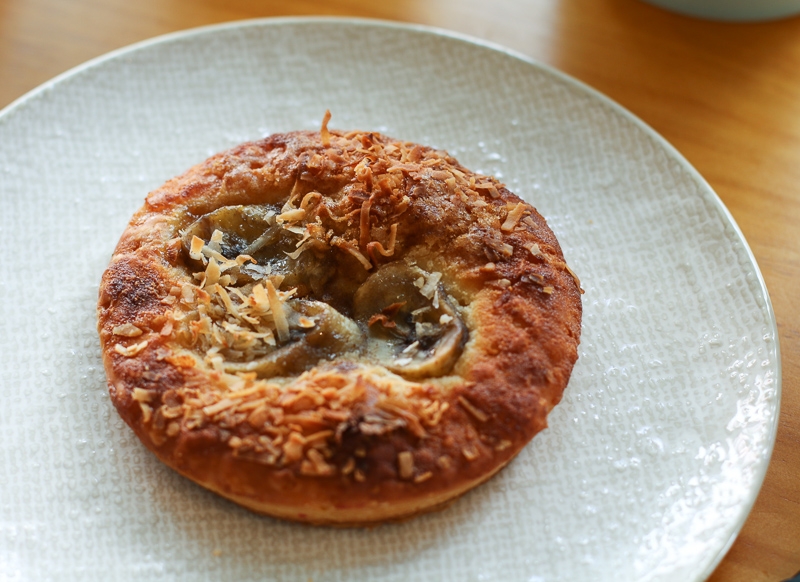 The Banana & Brown Sugar (S$3.40) is a lovely snack if you’re a fan of bananas and coconuts. The coconut flakes were toasted till crispy and the bananas had a decadent caramelised top which I simply fell in love with. This treat from Kamome Bakery really reminded me of caramelised bananas that my mom used to make for me to pair with pancakes for breakfast. Last but not least, the Red Bean Butter (S$3) is an adorable and simple Japanese-inspired sweet and savoury treat which combines rich red bean paste with a savoury slab of butter placed between a bun.

The bun wasn’t all that great, as the texture was slightly too stiff for my liking. The butter didn’t really go that well with the red bean paste, though I really enjoyed the red bean on its own and it wasn’t too sweet, which made it just right for me.

Personally, I feel like the dishes were all quite well thought out and did truly represent a slice of Japan. However, I felt like the quality for some of the items could be reevaluated—perhaps just an extra few minutes in the oven would do the trick.

If you’ve tried the bread from Kamome Bakery, let us know what you think of them!

Previous articleNam Sing Hokkien Fried Mee: Hokkien Mee Stall Since 1960 By 72-Year-Old Hawker At Old Airport Rd
Next article10 Best Mala Stalls At All Polytechnics In Singapore You Should Visit Before You Graduate