KFC Chizza: Fried Chicken & Pizza Mashup Comes To Singapore — Is It As Good As It Looks? I’m a huge pizza fan, but I have never had a pizza with a piece of fried chicken breast as replacement for the crust. The Chizza, my friends, is a mashup of fried chicken and pizza that KFC launched in Singapore on 8 February 2017 — it looks as sinful as it can get, even more so than the Double Down burger. Originally introduced in the Philippines in 2015, this dish has steadily made its way through Asian countries such as Thailand, Taiwan, Korea and Japan. There is no nutritional information available yet for the Chizza, but for comparison, the Double Down is 540 calories.

The Chizza meal comes with a Chizza, fries and a drink that is going for $7.50, while the Chizza Box ($9.50) comes with Chizza, a piece of chicken, mashed potato, potato winders and a drink. 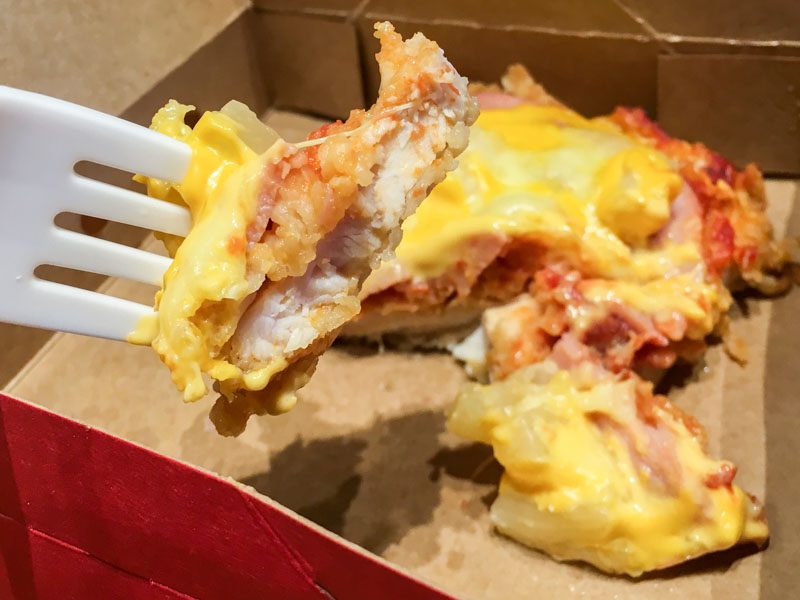 Seth had a go at it and thought that it was relatively smaller than what he had imagined it to be. Taste wise, it was pretty normal, the chicken could have been crispier and it was overpowered by the cheese, which had a creamy consistency rather than the stringy ones that a regular pizza would have.

If you’re already preparing to head down for the Chizza, do take note that it’s unavailable at various outlets, so check under the terms & conditions here.