Finding quality Italian food is no easy feat, even more so when it’s authentic and halal. Well, look no further than Kucina, a hidden gem of Italian food and Singapore’s first authentic Italian Halal restaurant that’s 100% Muslim-owned at KINEX. 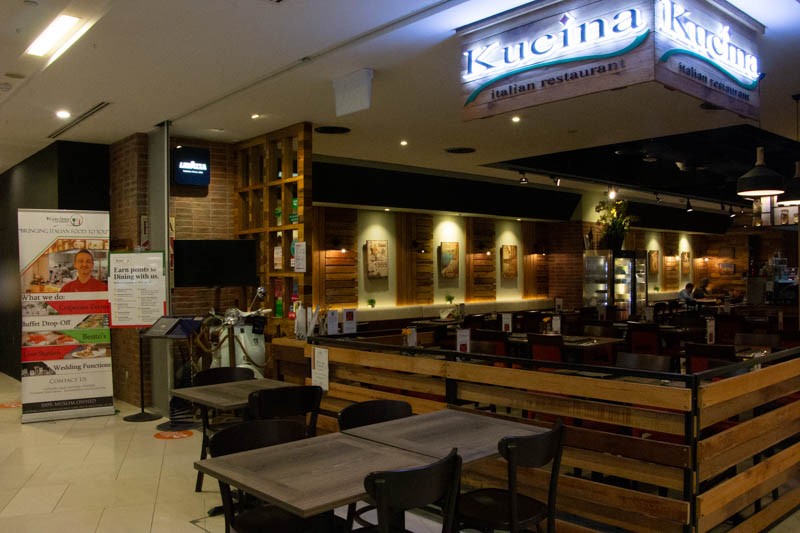 Opening its doors in June 2016, Kucina is helmed by Chef Gero, who’s had 25 years of experience in Italian cooking in prestigious restaurants like Da Paolo and the Garibaldi Group. After becoming a Muslim revert, he was inspired to open his own restaurant that catered to the Muslim community without compromising the authenticity of Italian food.

His personal passion for cooking came from seeing his grandmother cook when he was young and wanting to bring real Italian food to the masses. Owing to his prior experience and ingenuity, he was able to recreate tastes in Italian food that traditionally uses ingredients that Muslims aren’t allowed to consume. 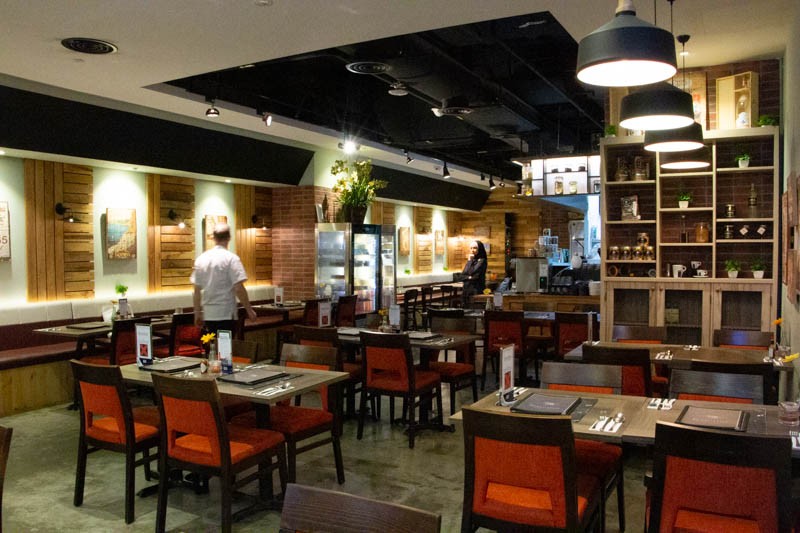 When making his vongole—which commonly uses a white wine base—he chooses New Zealand clams instead, which are bigger and more flavourful, along with fish stock to replicate the taste of white wine. He also uses turkey bacon and avoids serving any cured meats to make sure his food and its preparation abide by halal regulations.

Since its opening, Kucina has slowly but surely gained tremendous support from the Muslim community, even garnering multiple visits from President Halimah Yacob herself. Its growing success led to the start of Kucina’s catering business, which now caters to large companies like Netflix, Google, and Facebook. 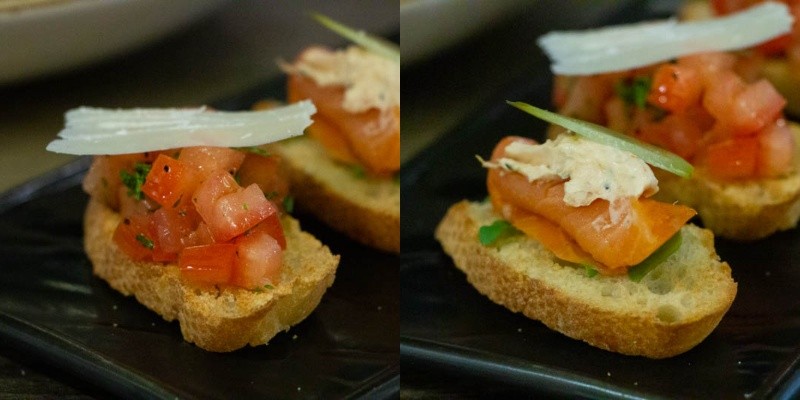 This President-approved halal Italian restaurant piqued my interest and I delved into my first two starters, the Bruschetta Pomodoro (S$7.90) and Bruschetta Salmone (S$12.90). The former features fresh tomatoes, basil, Italian parsley and shaved parmesan on toasted crostini bread, while the latter consists of smoked salmon with ricotta cheese, capers and dill on the same bread.

The tomatoes were plump and juicy, its sweetness pairing well with the sharp parmesan flavours. Meanwhile, the smoked salmon tasted fresh, and the creamy ricotta cheese balanced its saltiness. The capers helped to add a piquant flavour and the crunchy crostini bread tied the bruschetta together. Their signature pasta is the Tortellini Di Manzo (S$23.90), ring-shaped pasta with turkey ham and beef stuffing made in-house, in a mushroom cream sauce. The sauce was creamy and savoury, without being too jelak.

Each tortellini reminded me of a wanton—it gave way to a burst of flavour from the beef and ham stuffing, juicy and delicious. Due to it being handmade by Kucina themselves, the thickness of the pasta was just right, offering enough resistance for a satisfying bite. 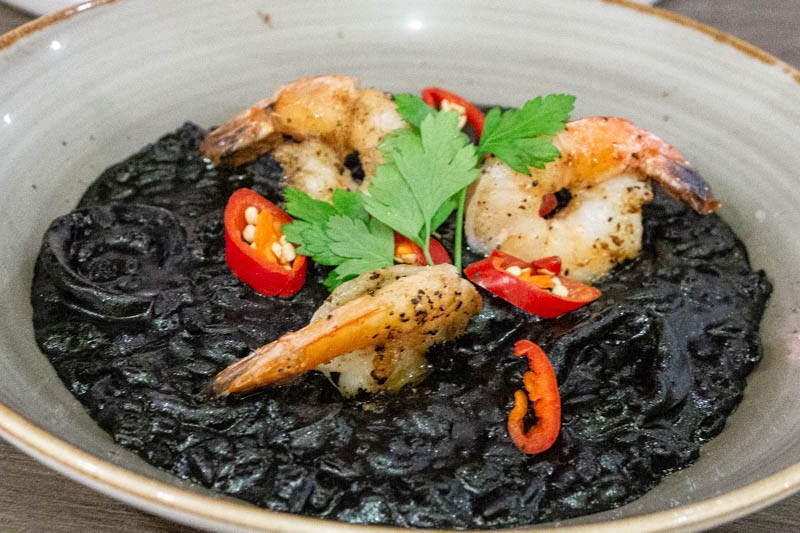 Next, we had the Risotto Di Seppia (S$27.90), showcasing three bright orange prawns and vibrant sliced red chilli, atop a midnight black bed of squid ink arborio rice and squid. As a lover of squid ink pasta, I was very eager to try this dish out.

Creamy, but with a hint of brininess and that trademark squid ink taste, the risotto was savoury, but it wasn’t as flavourful as I was expecting. Although I found the portion slightly lacking, the seafood was sweet and firm, and I appreciated how easily the risotto slid down my throat. 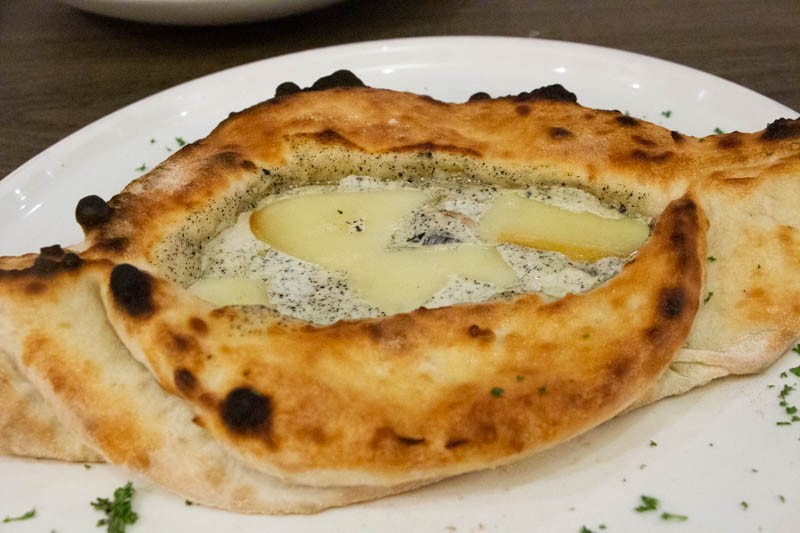 One of the dishes unique to Kucina and one that you’ve probably never heard of before is their Funghi E Tartufo (S$27.90)—a pizza in the shape of a boat, or la barca. Similar to opening a calzone, the base of this pizza is coated with a layer of mozzarella, then with a creamy mushroom sauce with black truffle pate, and finally topped with scamorza smoked cheese and drizzled with truffle oil. 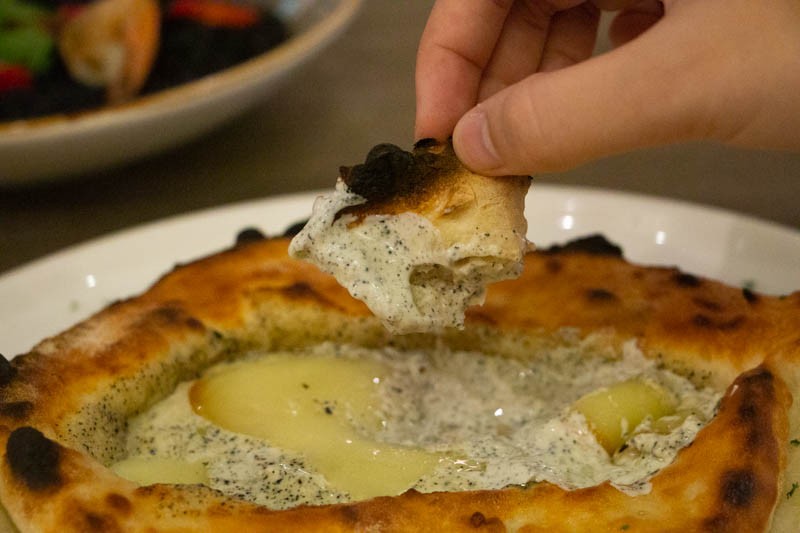 I was really intrigued by this pizza because of its shape and how it was to be eaten—by tearing the dough off the sides and dipping them into the melting pot of sauce in the centre. Despite my initial hesitation, this ended up being my favourite dish of the meal.

The dough was thicker than your regular pizza crust, but still fluffy and light with the perfect amount of char. The combination of the aromatic black truffle pate, along with both types of cheese was so rich and indulgent, while the dough changed up the texture and helped to mellow out the intense flavours. 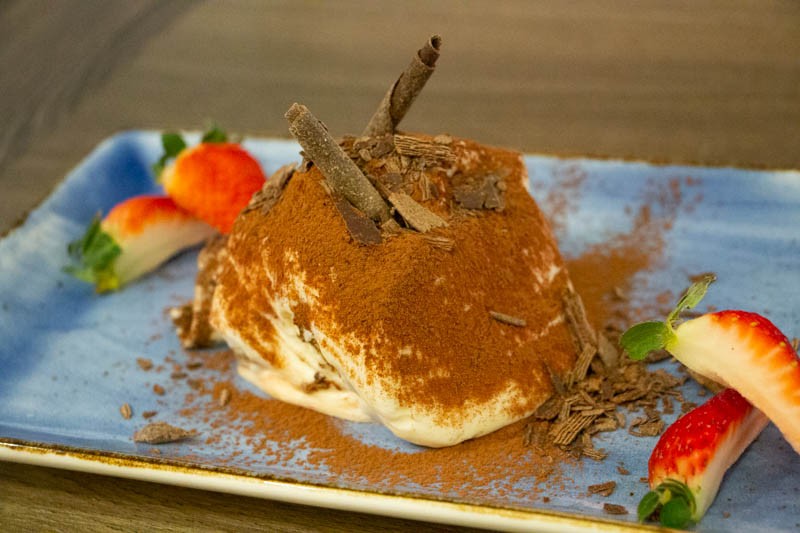 Finally, we closed off the meal with Kucina’s Tiramisu Classic (S$7.90), their trademark dessert with espresso-soaked Lady Fingers with Chef’s signature mousse, dusted with a liberal amount of cocoa powder and finished with strawberry slices. This is a dish that Chef Gero has perfected over the years, back when he used to sell only tiramisu on his website.

The mousse was pillow-soft and light on the tongue, its sweetness balanced by the rich cocoa tones. The lady fingers were spongy and not too soggy, with a fragrant espresso taste that paired well with the mousse and cocoa, while the strawberry added a burst of sour-sweet juice. 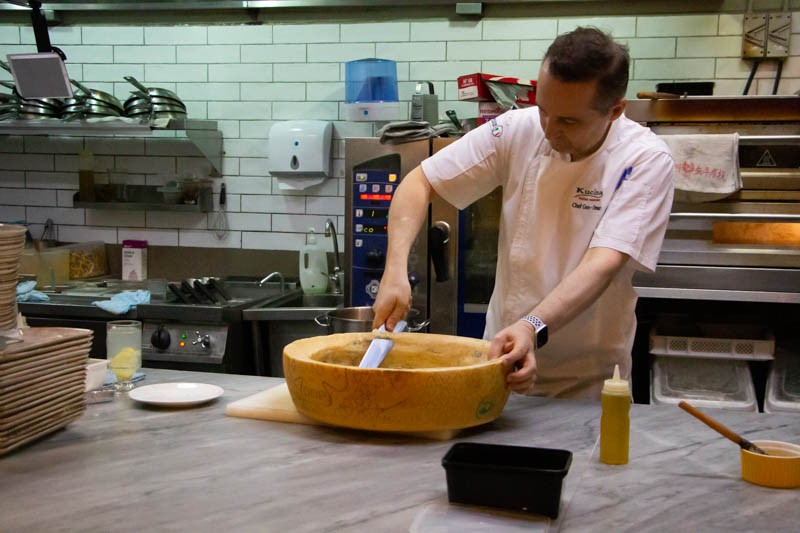 Seeing how passionate Chef Gero is about making Italian food more accessible and available for the Muslim community was refreshing and heart-warming, and the quality of his dishes spoke for themselves. I would strongly recommend the Funghi E Tartufo boat pizza—it was the highlight of my meal with its heavenly marriage between black truffle and melted cheese.

During this ‘Circuit Breaker’ period, Kucina has launched islandwide delivery via Oddle, with a minimum order of S$50 and a delivery fee of S$5, and their catering services are also available here!