Bars in Singapore are not commonly known for their stellar food menu. It’s almost strange to ask if anyone would want to have their dinner at a bar, especially knowing they will probably be met with deep-fried staples such as fries, nuggets and perhaps a small dish of peanuts. 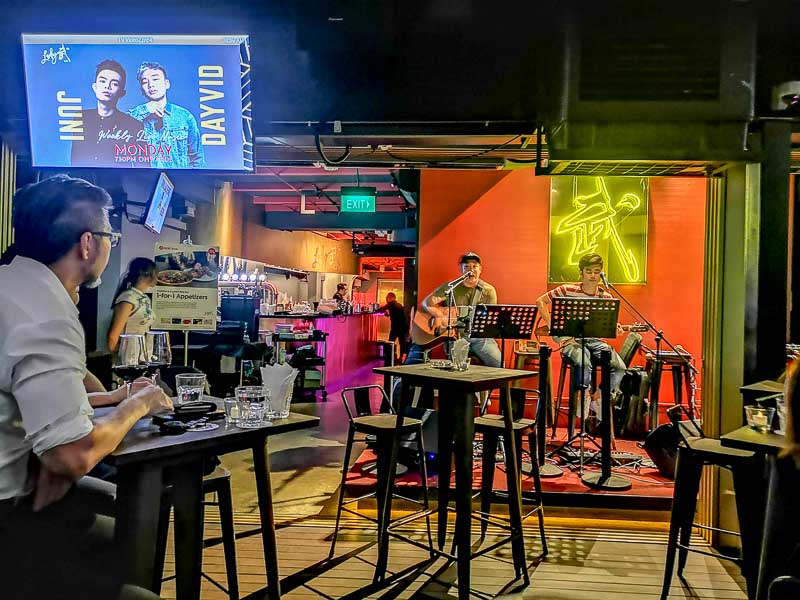 Lady Wu takes all those preconceived notions away and is not only a place for great alcohol deals but really impressive grub as well. Having taken over the former space of Mad Men, it’s a location in Boat Quay that will see you being surrounded by white-collar workers who eagerly seek a respite in a chill pint after a long day at their desks.

Owned by the same team behind Tipsy Penguin, it’s little surprise that the food warrants its share of the limelight! Wagyu Beef Cubes (S$18) may not seem impressive on paper, but these succulent beef cubes were one of the most tender meats I’d ever enjoyed. The crushed black pepper sauce leaned towards the sweeter side, but it still managed to pack a decent amount of heat.

The beef cubes were pale pink in the middle, just the way I like it. 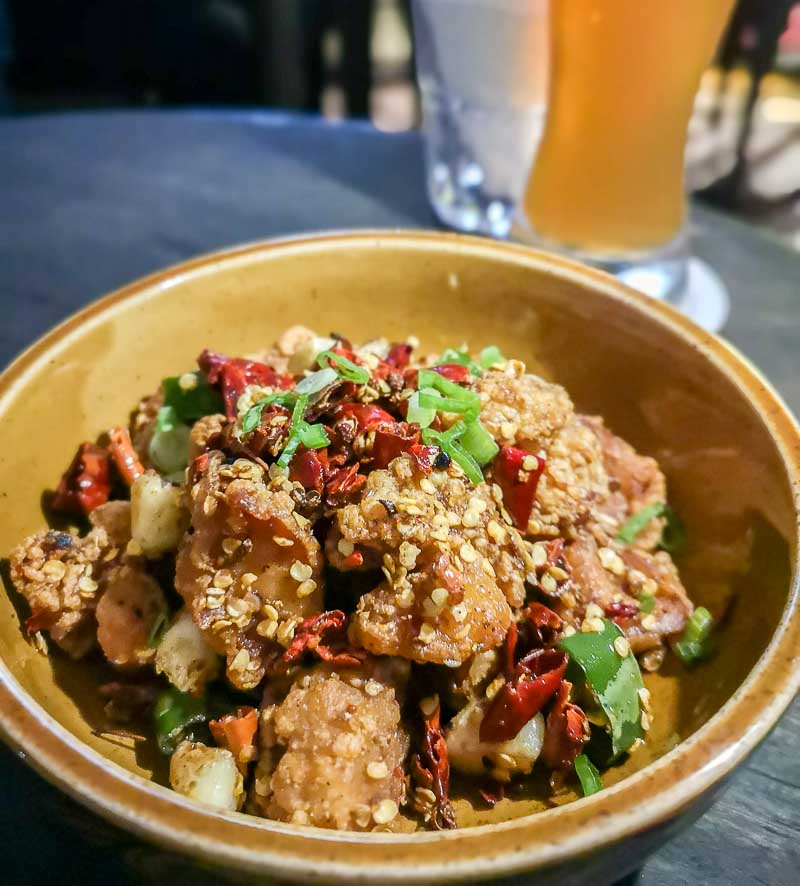 Need even more fire in your belly? The La Zi Ji (S$10) is loaded with their house-made mala blend for that lasting tongue-numbing tingle that we’ve all grown to love. The chicken chunks were deep-fried and tossed liberally with spices. I couldn’t feel much of my tongue after only two bites, but I couldn’t help myself to more, given its addictive nature.

Pair this with a crisp pint of beer, and you’ll be poppin’ those crunchy chicken chunks like popcorn. 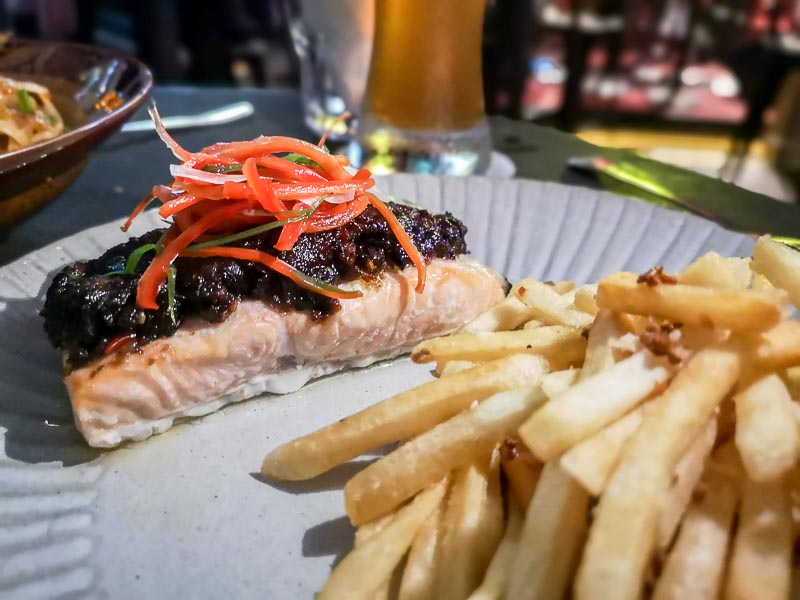 For those more inclined to fish and something less spicy, the Baked Miso Black Bean Salmon Steak (S$18) is your best bet. I initially thought black bean would prove too starchy for the fatty salmon, but it turned out fine. The miso black bean gave the flaky salmon a boost of savouriness that rounded off with a touch of nuttiness.

I never would have imagined finding a refined salmon dish on a bar food menu, so this one impressed me a fair bit. 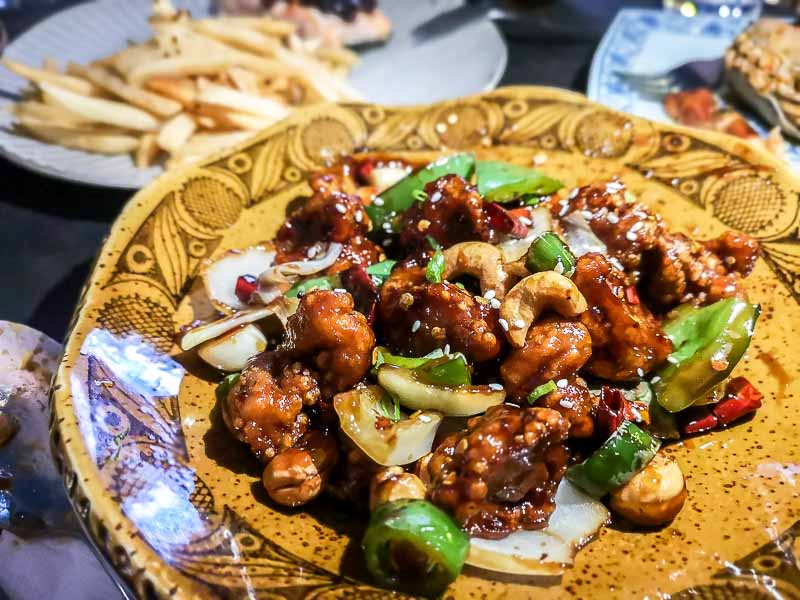 Another classic Sichuan dish would be their Kung Po Chicken (S$12), peppered with dried chilli and peppercorn. It’s nowhere as spicy as the La Zi Ji, but it does bring plenty of onions and crunch (from the peanuts) to the table!

It’s a sticky, sweet number that is safe for those who can’t handle the spiciness. But what I really enjoyed was the play on texture, and that it reminded me of a homemade stir-fried dish. All that’s missing was a plate of steaming white rice. 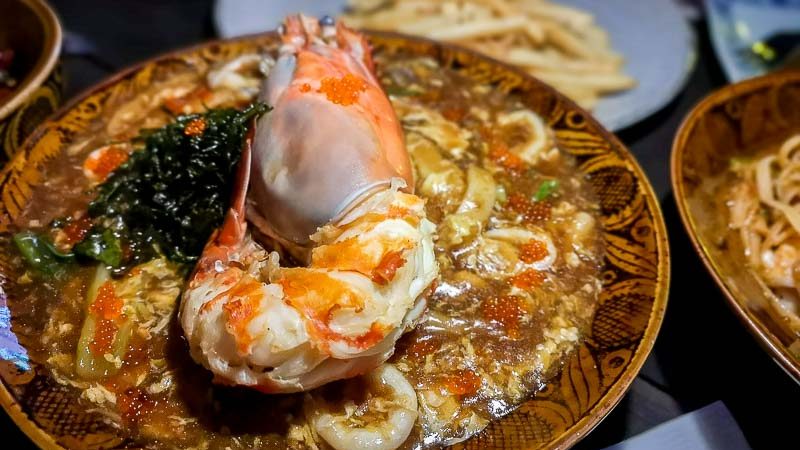 I’m sure you would have never guessed to get hor fun served at a bar, but their Truffle Seafood Hor Fun (S$18) is one that you’ll willingly return for, even on nights you don’t feel like drinking. The serving comes topped with a large-sized prawn and plenty of truffle oil for that distinct aroma.

The noodles were desirably silky and although it’s close to S$20 for a bowl, the portion is well worth its price point. The bowl was teeming with squid and tobiko, making it a really richly savoury noodle dish that had me unofficially appointing it the star of the evening. 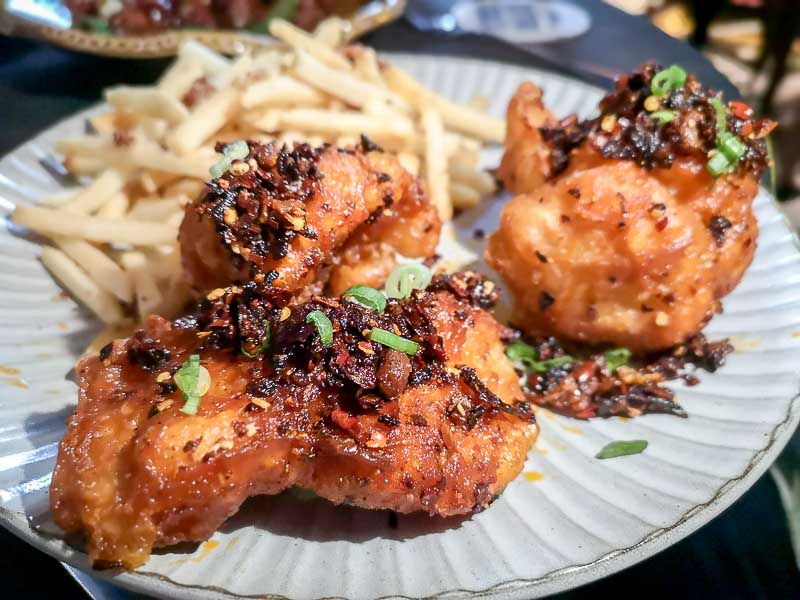 The Bi Feng Tang Fish & Chips (S$16) is another sizeable dish that comes with three large hunks of deep-fried codfish. The fish was exceptionally moist and supple, and it was so good I almost forgot about the fries.

For something that has come straight out of the fryer, it wasn’t sub-par or average. It was very well-seasoned and crisp, and was a great accompaniment to numerous pints that we were already gulping down.

I went to Lady Wu frankly not expecting the food to impress me as much as it did. I would never think to have my dinner at a bar, but the food here is worthy of a great meal. This means you can jio every one in your circle, regardless of whether they’re into the bar scene or not.

What’s even better is that Lady Wu has live music playing every night, making your evenings after work an entertaining one indeed!