For the past 45 years, Mr Lim Khai Ngee has been making rojak. Regardless rain or shine, he has painstakingly charcoal-roasted the dough fritters, prepared his own peanut powder and chilli paste. If that isn’t dedication, I don’t know what is!

His stall, Lau Hong Ser Rojak in Dunman Food Centre is widely acclaimed as one of the best in Singapore, with customers queueing up to an hour just for it. Mr Lim has been helping his father at the stall since he was in secondary school. Now, he manages the stall, with his wife and his two children helping out occasionally.

When we asked if his children will take over the stall, he expressed his uncertainty since being a hawker is tough. 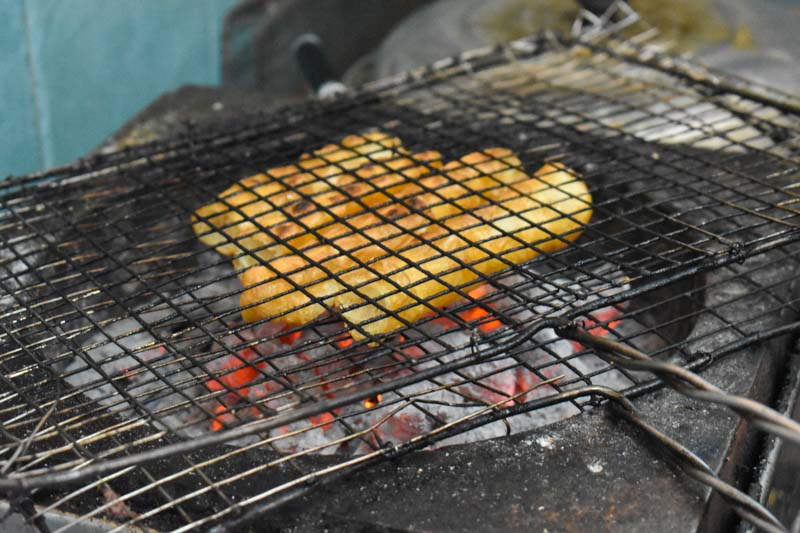 I was invited into the kitchen to see how he prepares his rojak and the charcoal stove instantly caught my eye. Mr Lim believes in charcoal roasting as it brings out a stronger flavour in the fritters. 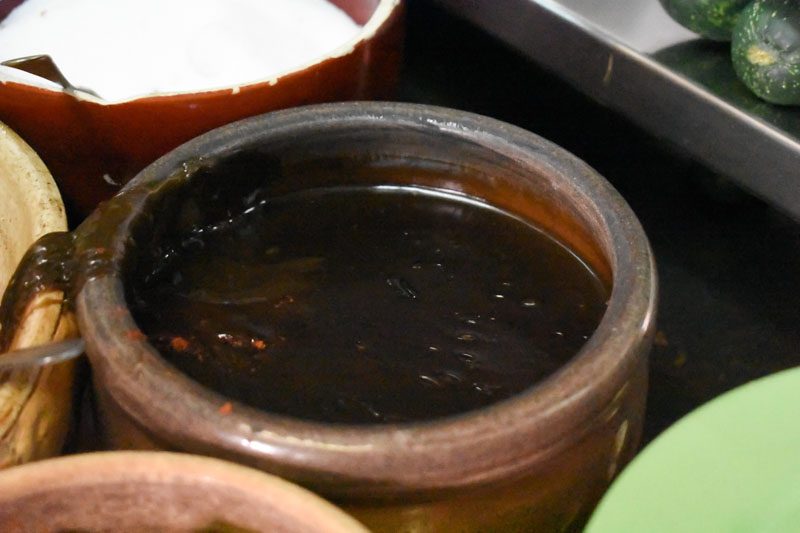 Another speciality of Lau Hong Ser Rojak is the ingredients that they use. Mr Lim sources only the best prawn paste from Penang as he believes that it has a richer aroma to it. 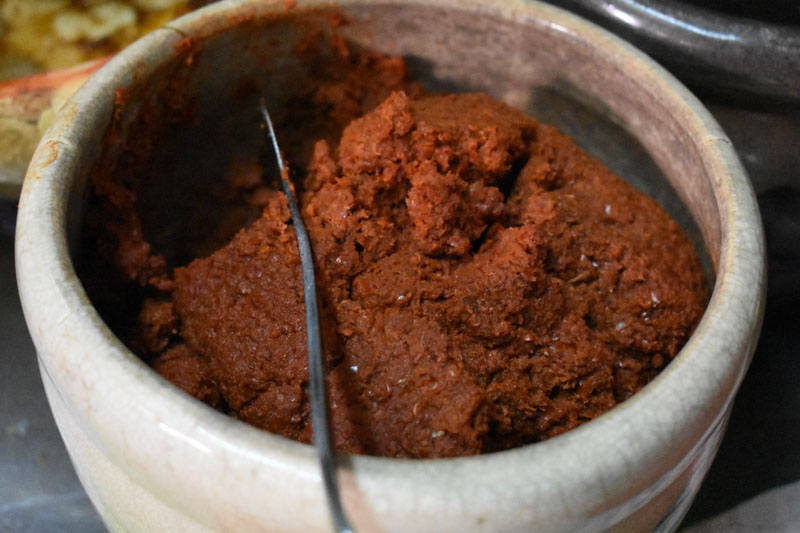 He also makes his own chilli paste from scratch every single day, starting from early in the morning. 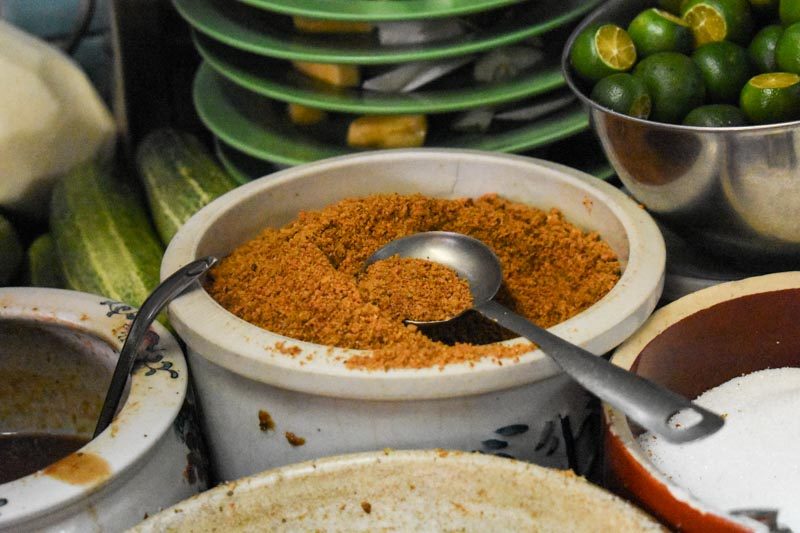 I was even more impressed when I realised he crushes and toasts the peanuts himself too. I asked if it was tough making his own ingredients, but he just flashed an endearing smile and said that he is used to it. 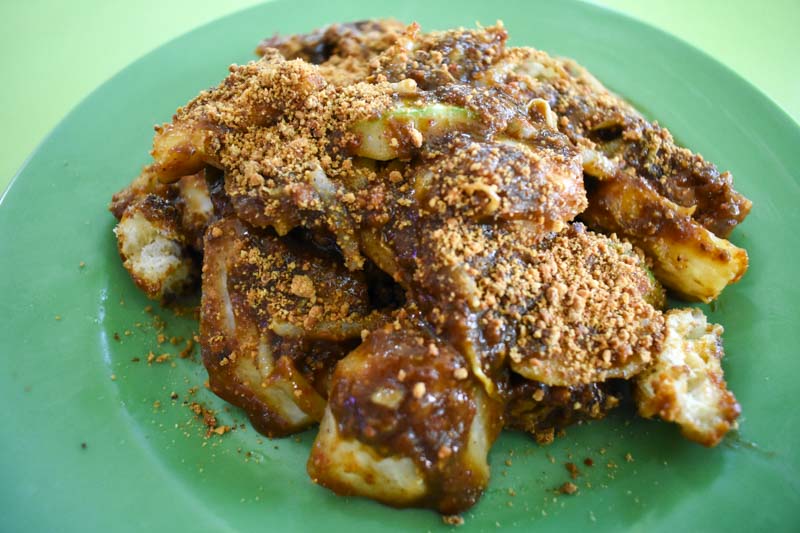 Before I knew it, my Rojak (S$3) was served. It contained the usual ingredients of dough fritters, cucumber and pineapple.

After the first bite of the dough fritters, I finally understood the reason Mr Lim prepares his ingredients from scratch. 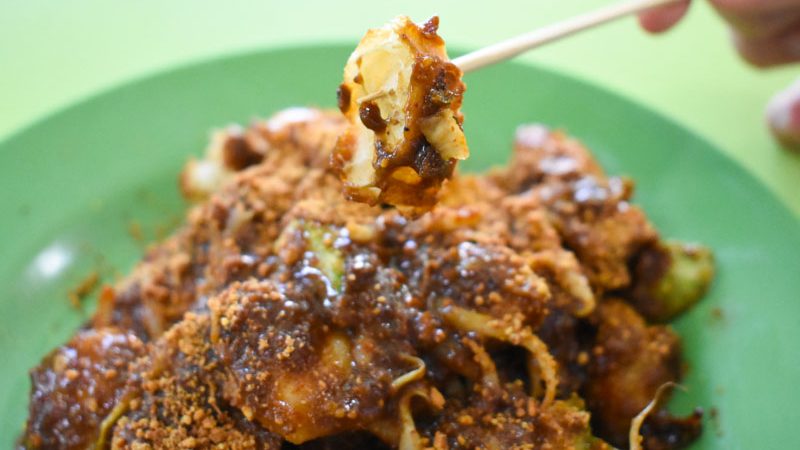 The dough fritters were wonderfully crispy and aromatic, unlike many outside that have gone soggy. There was a subtle charred fragrance, which boosted the flavour of the fritters. Mr Lim uses the freshest ingredients for the dish and the cucumber was no exception. Each bite was accompanied by audible crunches from the refreshing cucumber pieces. 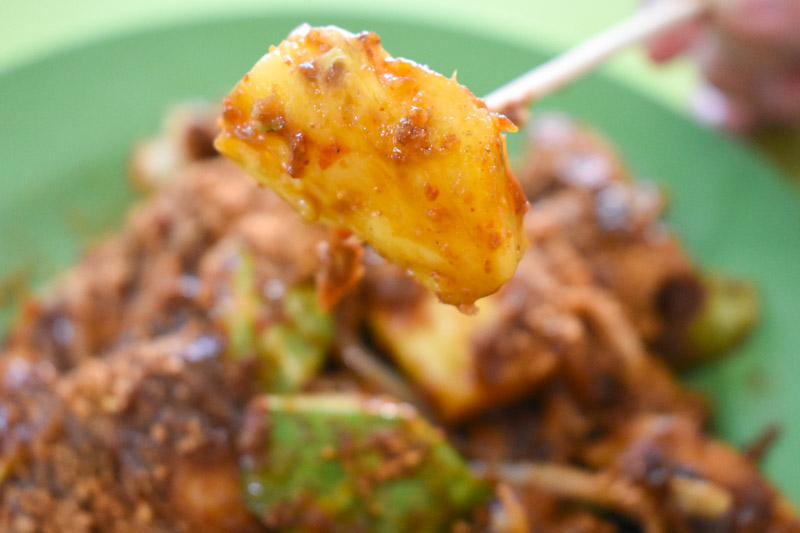 Needless to say, the pineapple chunks were juicy and sweet too, a testament to their freshness. For the price, the serving portion was pretty generous. What really made the dish fantastic was the sauce. Rich, nutty and smooth, it was everything I wanted in a rojak sauce. There was an unusually rich bitter taste that was absent in all the other rojaks out there, which actually came from the Penang prawn paste.

Though I enjoyed the unique bitterness, it might receive controversial opinions from others, especially children. But that aside, Lau Hong Ser’s rojak really gives the other rojaks outside a run for their money.

With such dedication from Mr Lim and excellent food quality, what’s there not to love?  The rojak sauce coupled with the freshest ingredients was simply a masterpiece. Lau Hong Ser Rojak is one of the best out there and you should definitely give it a try to taste the difference!