We all know and love LeVeL33 at MBFC not only for their amazing locally-brewed beer. And it’s not just for being the world’s tallest urban microbrewery either, but also for providing a front-row view of Singapore’s iconic skyline. You can pan your gaze from the CBD’s skyscrapers to the top of Marina Bay Sands! 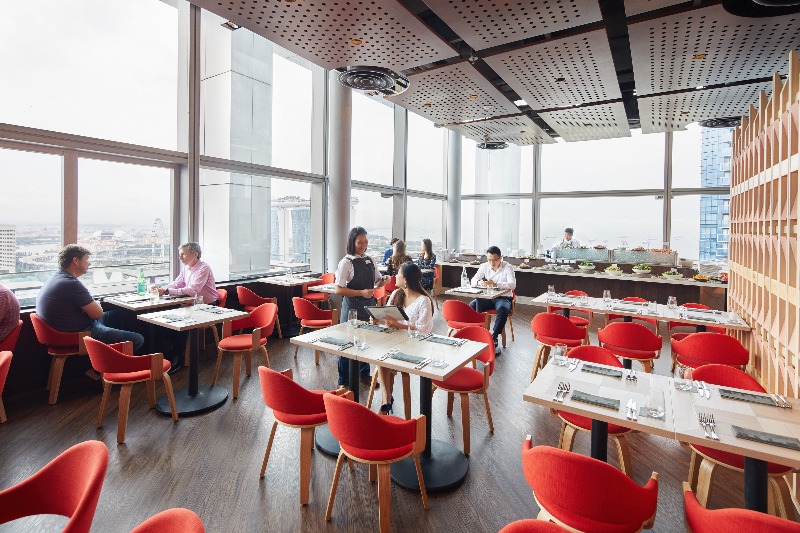 Now, after a 6-week renovation, they have split their space into three dining sections, with two distinct ones that cater to different occasions.

The LeVeL33 Dining Room caters to more formal functions and private events, with multi-course menus and even a degustation option. For something more casual, the LeVeL33 Social beckons to diners and is ideal for catch-ups.

With this revamp, Executive Chef ArChan has also shifted the menu’s direction to include more of their home-grown beer, its by-products as well as beer-making processes into the dishes, to create a more cohesive dining experience. An appetiser you shouldn’t miss out on is the Hiramasa Kingfish, Lager-cured, Salmon Roe And Scud Chilli (S$22). The delicate slices of kingfish are cured in homemade soy kombu and LeVeL33’s housemade lager for at least six hours.

With a peppering of chilli padi, salmon roe (that’s also been marinated in lager and soy), as well as sweet ginger dressing, this dainty start to your meal will have your tastebuds dancing with excitement. The result was a zesty, subtly fiery and sweet way to open our appetites! Their Octopus, Fennel Escabeche, Saffron Aioli (S$23) was a divine piece of octopus leg that has been sous vide and grilled, for that magical marriage of char and chewiness. 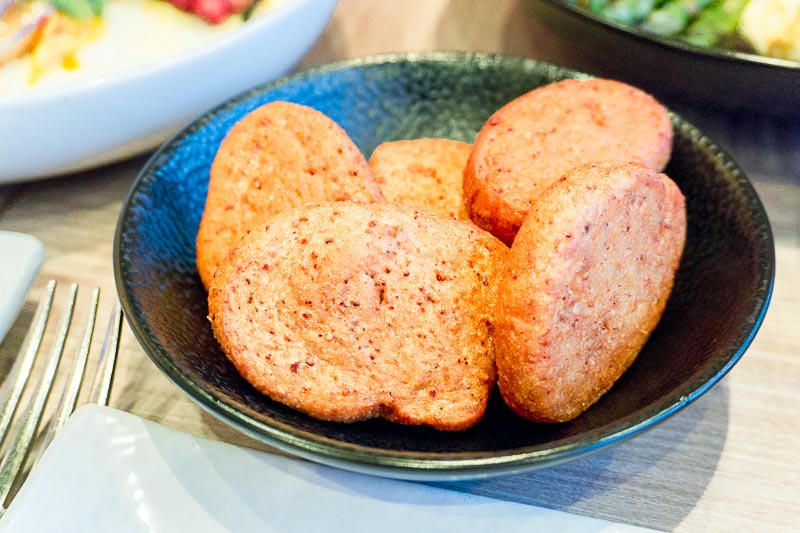 What more, every grilled dish comes with a side of Spent Grain Mantou at S$8 for six pieces if you order a la carte, which was a gratifying, chewy accompaniment. It was denser and way more satisfying than regular mantou, in my opinion. 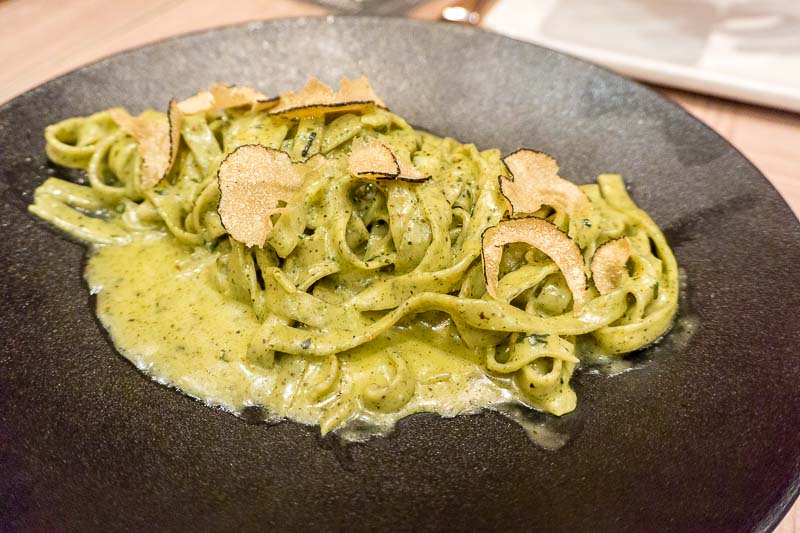 If you’re vegetarian, fret not! There is the Spent Grain Linguine, Seaweed Butter, Parmesan, Truffle (S$28) that’s as delectable as it sounds. The homemade linguine has dried spent grain mixed in, while the seaweed butter is a combination of wakame, nori, butter, onion, garlic and parmesan.

The dish was comforting, creamy and truly something you’ll crave regardless of whether you’re partial to vegetables or not. I loved this dish so much, I offered to polish off the plate when everyone else was satiated. 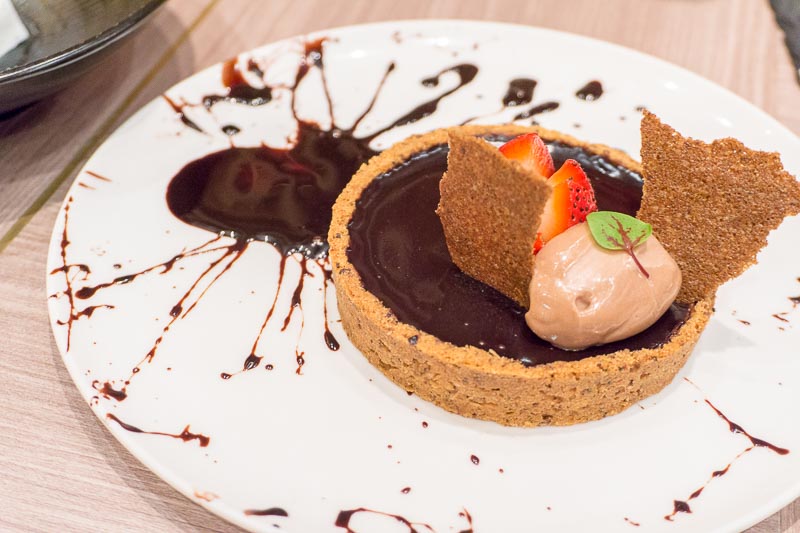 Make sure you have sufficient room for dessert as their Spent Grain Chocolate Tart, Stout Ganache, Strawberry Jam (S$15) will have you wishing you could have the tart all to yourself. It’s rich, without being cloying.

And the spent grain crust was crumbly and buttery. Needless to say, once again, I was the only person left to savour the last piece.

No matter how often I return to LeVeL33, it never fails to impress me — with both its views and its food. The kitchen crew has outdone themselves by putting forward a menu that’s complex in its creation, but still very approachable for diners.

For those familiar to the place, or even those who have never been, I highly suggest you make LeVeL33 your choice of restaurant to impress your dining guest(s).

Previous articleLe Coq Restaurant: Ready Yourself For Big Flavours With Uni Bombs & Scrumptious Duck Confit At Capital Square
Next articleHuawei Users Can Get Up To 6 Cups Of FREE Bubble Tea From Partea In July