Curry rice originated from the olden days where food was scarce. People had the idea of mixing the plain staple rice along with some curry to give it some flavour.

Now that society is more affluent, we have turned to more luxurious food options. However, that doesn’t mean that comforting curry rice doesn’t hold a special place in our hearts! 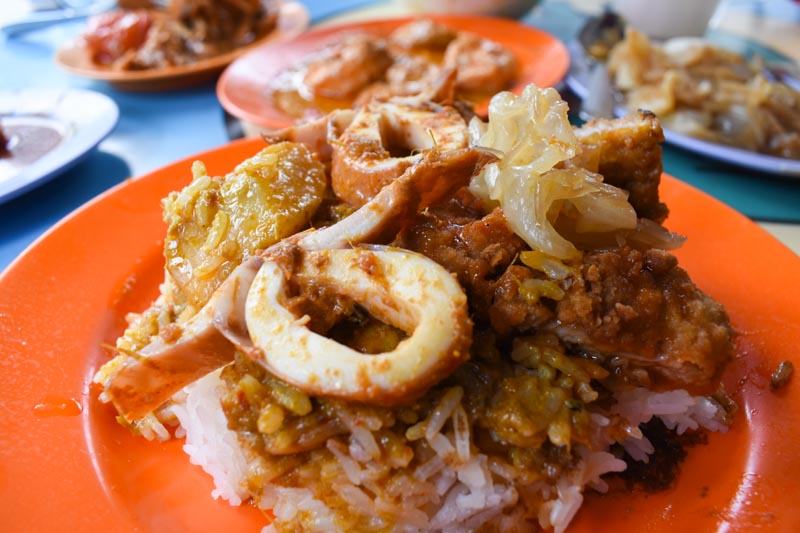 Nothing tastes heartwarming than a simple plate of rice drizzled in thick curry, along with a few yummy sides. And nobody does it better than Loo’s Hainanese Curry Rice. Located in the heart of Tiong Bahru, Loo’s Hainanese Curry Rice is within a quaint looking coffeeshop, with archaic interior decor. They even use the traditional turquoise metal gates! One look at this is sure to evoke nostalgia of the olden days. 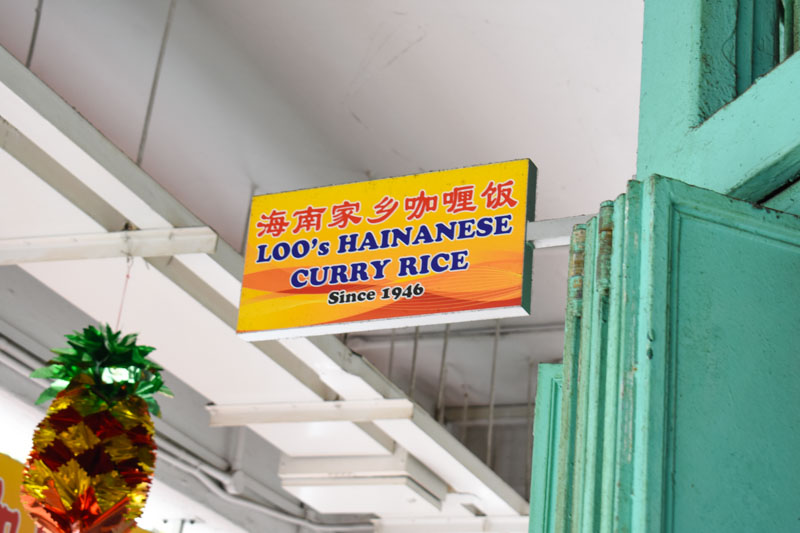 Loo’s Hainanese Curry Rice has been in Tiong Bahru since 1946, which is a whopping 73 years. The man behind the stall is none other than Mr Loo Kia Chee, an industrious man who has been going at it for the past four decades.

He inherited the stall from his dad along with a famous 70-year-old Hainanese curry recipe that takes three days to prepare.

When we asked him, Mr Loo flashed an earnest smile and explained that the curry ingredients take two days to dice into pieces and one day to be ground by the machine. It’s a painstaking process, but he believes that it really elevates the curry flavours. 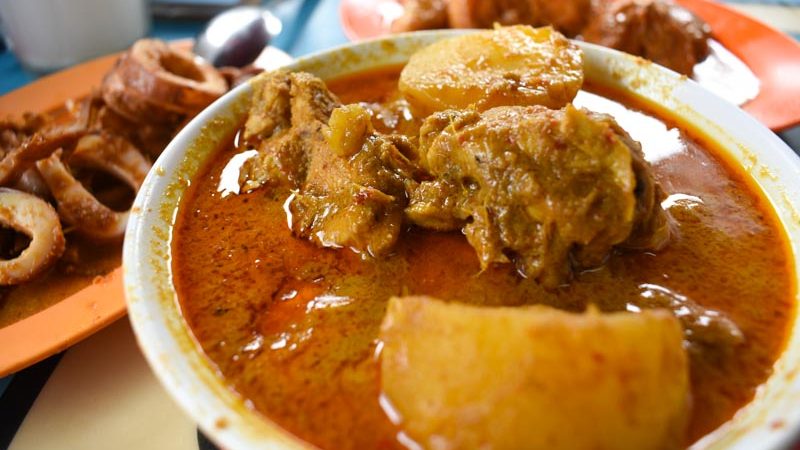 I knew I had to give their lauded Hainanese Curry (S$2) a shot. It looked just like any other curry out there but boy, this is the bomb!

The strong coconut milk aroma hit me once I dug into the dish. What caught my attention, however, was the unusual spicy flavour. The mild spicy taste came from the heavy dose of ginger, which didn’t sting my tongue.

You’ll want to order this to see if you can taste the difference. 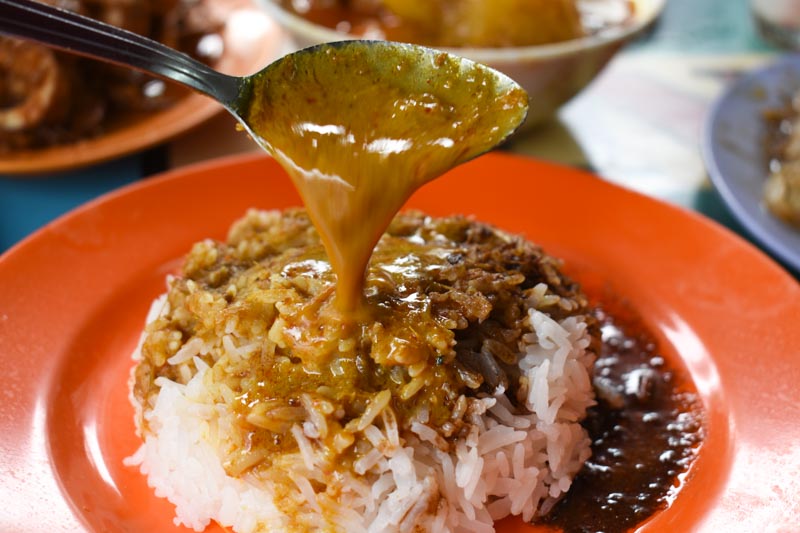 In fact, the curry sauce was so good that I could just have it with plain rice. 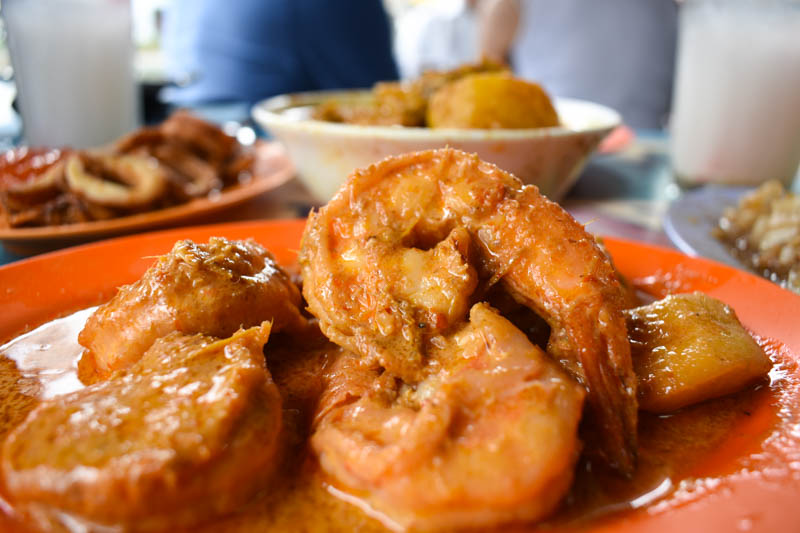 For something more unique, you can try the Sambal Prawn (S$2 – S$2.50 per piece) along with some prawn curry. The prawn curry really piqued my interest as it was my first encounter with it.

I was completely taken by surprise by its taste. It had a distinctly robust prawn flavour, along with a briny saltiness. 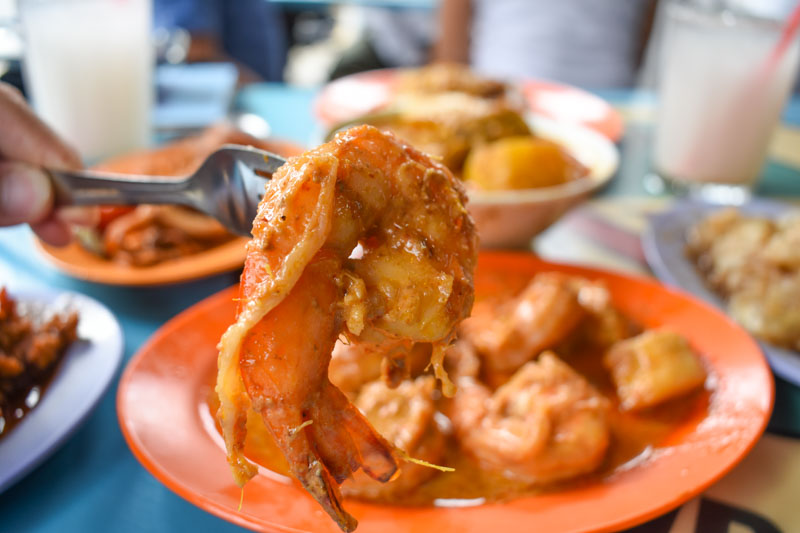 The prawns were massive and plump, making every bite really satisfying. The curry went really well with the flavours of the prawn. However, I felt that the prawns could be fresher as they weren’t as succulent as I expected them to be.

Nevertheless, this Sambal Prawn is definitely the dish to order, especially if you like seafood. 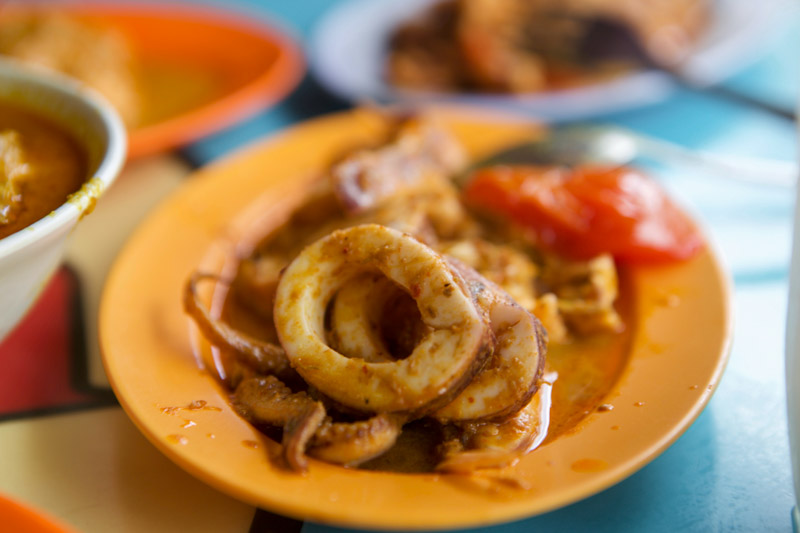 The Sambal Sotong (S$2) also comes with a curry of its own. Similar to the prawns, the sotong served was also really massive and each piece was quite substantial.

The sotong curry wasn’t as strong as the prawn curry, with a seafood flavour and a mildly sweet aftertaste. It tasted pretty decent but I would definitely choose the prawn or Hainanese curry instead. 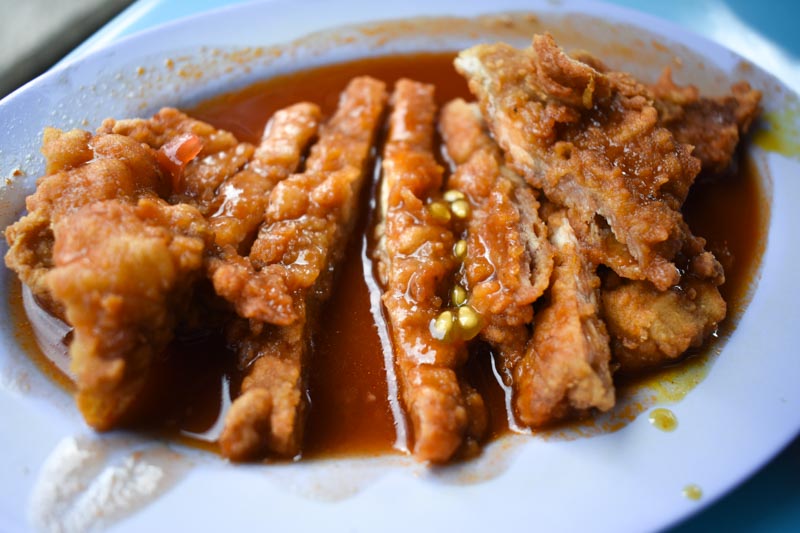 Another signature dish from Loo’s Hainanese Curry Rice has got to be their Pork Chop (S$2 – S$3 depending on portion size).

Mr Loo prides himself on using biscuit crumbs as part of his pork chop crust. He shared that it is a traditional Hainanese practice that has been lost over the years. 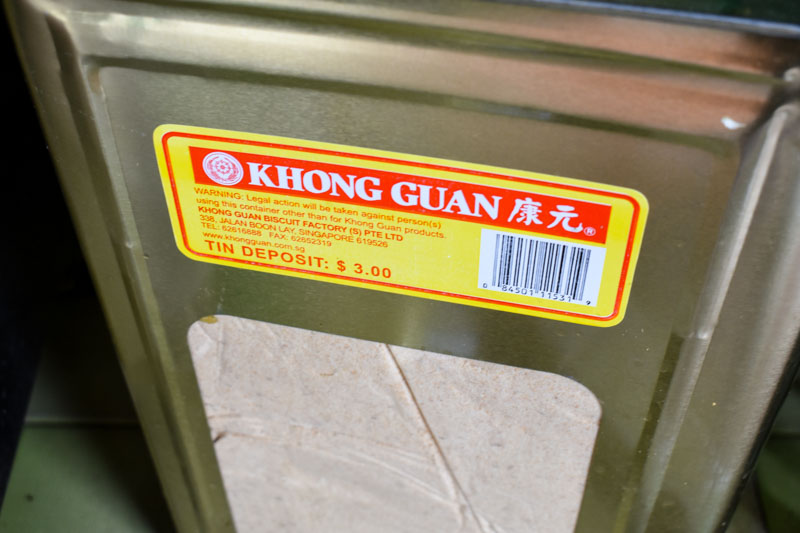 After grinding the biscuits into powder, he coats them around the pork slices and deep-fries the slices. That’s what I call real dedication! The pork chop was just the right thickness, and each bite was chewy and juicy. I liked that I could taste the slightly yeasty and buttery biscuit flavour in the crust.

The crust wasn’t particularly crispy, but I don’t think it was intended to be, as a tangy sweet and sour sauce also came with the dish.

The combination of the sauce and pork chop was an ingenious one, tasting like the sweet and sour pork sold in zi char stalls. 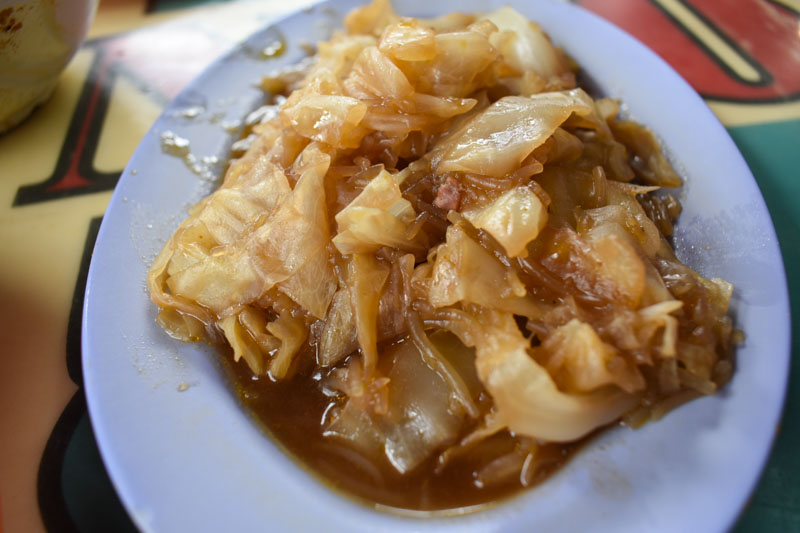 Remember to have some vegetables with your meal, so add some Chap Chye (S$1). It brought light and refreshing touch after all the heavy flavours though I would have loved it to have more crunch.

I tend to be sceptical of widely lauded eateries as they often do not live up to their hype.

However, Loo’s Hainanese Curry Rice certainly didn’t disappoint. In fact, it deserved every acclamation to its name with its innovative and delicious dishes. They provided a simple yet homely affair that was simply heartwarming.

Definitely a place you should check out!