I have long heard of Maki-san, with their first store established back at Cathay building in 2012. Always walking past it but never actually having the chance to try it, so I was rather excited when the Maki-san team invited us over to their new i12 Katong Outlet for their 3rd anniversary birthday party celebration.

They have managed to keep a very contemporary theme with their nuked neon color scheme – a match of dark green, turquoise blue and white that gives the place a very vibrant vibe.

The sushi rolls are served in boxes with quirky pop art designs; I have friends that actually go all out to collect those. The walls strewn with stickers and a comic sans-ish typography (although I wouldn’t approve of using comic sans font on anything) that adds to the funky vibe. You can tell a lot of design process was invested behind the whole Maki-san branding. The outlets are very space optimal too, with the counter tucked in one counter and the remaining space as a seating area. One outlet can usually house approximately 20 people. I went to the anniversary party with one of our other writers Sam where we both had the chance to make the DIY Maki’s ourselves. It was pretty intuitive, just stuff the rice roll with the toppings you want and roll it up with the bamboo mat. 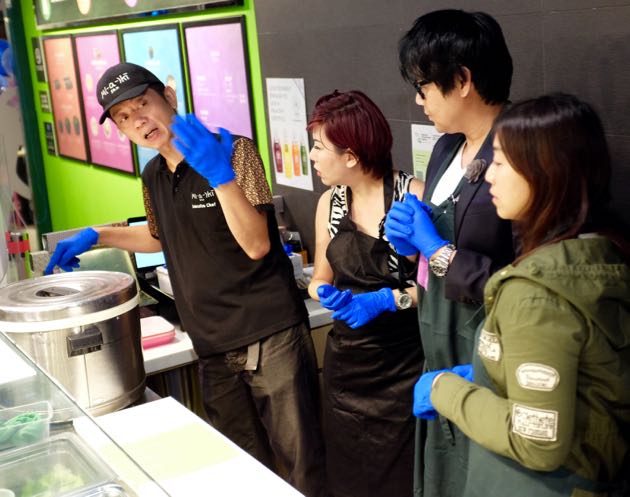 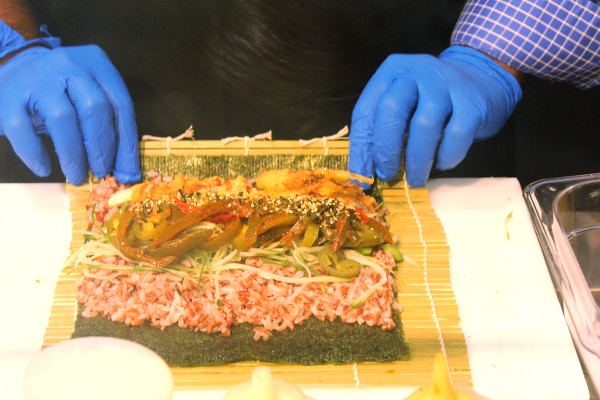 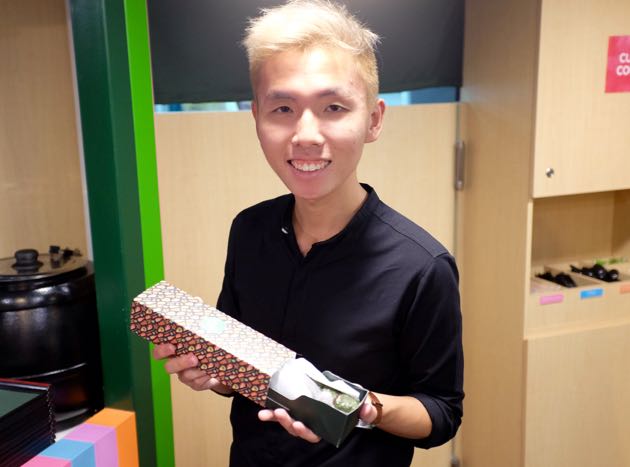 A rather awkward photo of myself with my finished rice roll.

I would call them the Japanese version of DIY subways, as instead of sandwiches they serve DIY makis. Start from your choice of wrap  rice, filling and then your sauce before your maki is wrapped and served. 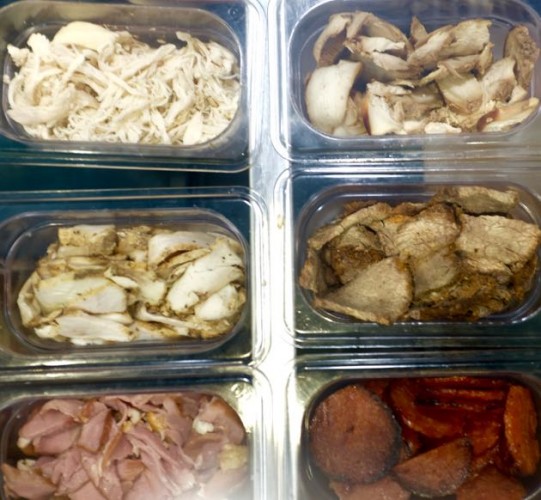 Selection-wise, they have quite a few fillings available like Duck, Tuna, Bak Kwa, Chicken etc. Their exceptional freshness despite being a chain is where they stand out, particularly in the sashimi salmon.  The other meats were rather dry, given the preparation method so it did not really catch my attention as much.

Their feta cheese stood out to me. So I went a bit crazy  with it, adding too much and it ended up masking the taste of all the other ingredients i put into the mega-san I made.  I was rather surprised that the Brown rice did not have that harsh grainy taste i was accustomed to, the difference with white rice was rather indiscernible really. 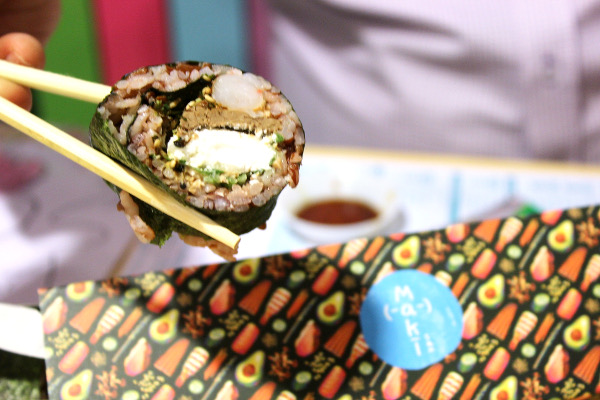 Sam’s rice roll fared much better – he took a generous serving of salmon, splashed some avocados, golden mushrooms, tobiko (I am mostly recording this down for future use) before adding fried onions that gave the maki this slightly crispy aftertaste.  The resulting rice roll was chunky without being too jelak. The salmon also was exceptionally fresh, exceptionally meaty with the fishy taste completely absent. 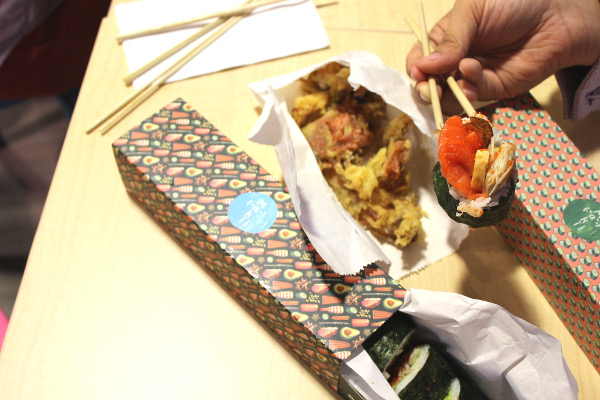 The DIY Makis come with either 3 or 5 toppings – the Little-san ($7.90) and Mega-san ($9.90) I had 2 pieces of the Mega-san and was already full, for people with a smaller appetite like myself I suggest you to stick with the former. 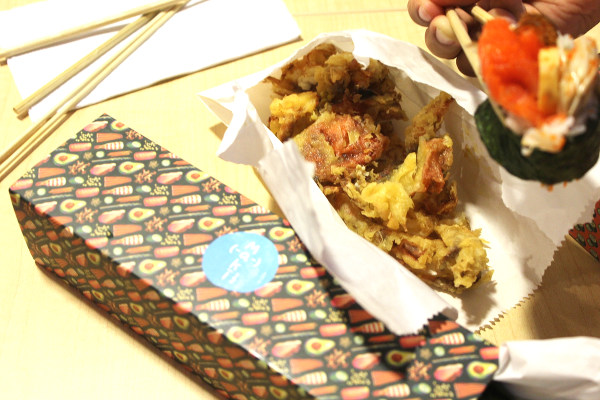 Maki-san also offers a separate list of  tempura snack options in 2 price ranges. The onions, enoki mushrooms ($3.90) and the soft shell crab and ebi at $7.50. I had a chance to try the enoki mushrooms but found it rather lackluster, it mostly just tasted like batter really.

I preferred the soft shell crab, at least the taste of the soft shell crab went through. It went quite nicely with the crispy batter really. I do still find it a bit pricey at $7.50, but definitely cheaper than a full restaurant. 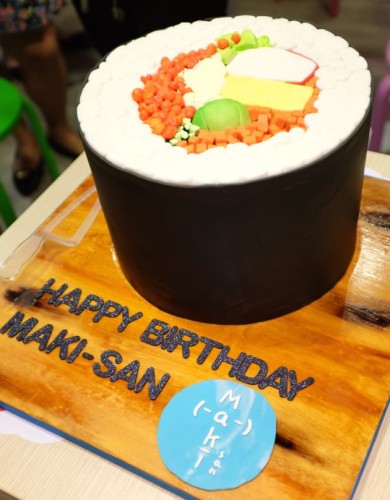 The whole event was rather short, we then proceeded on to cut the cake. One shaped in the form of a sushi of course before everyone went their separate ways. Personally, I am quite in love with the rice roll concept.

Prices may be a bit steeper for your average lunch but for something (convincingly) healthy, filling and easy to have on the go, the premium is quite worth paying for. I do think they need to do more R&D and improve on their signatures beyond the maki itself. The influx of rice concept stores like QQ rice will make this part of the F&B industry one to watch.