Queuing For Mak’s Noodles? Not Quite Worth It. 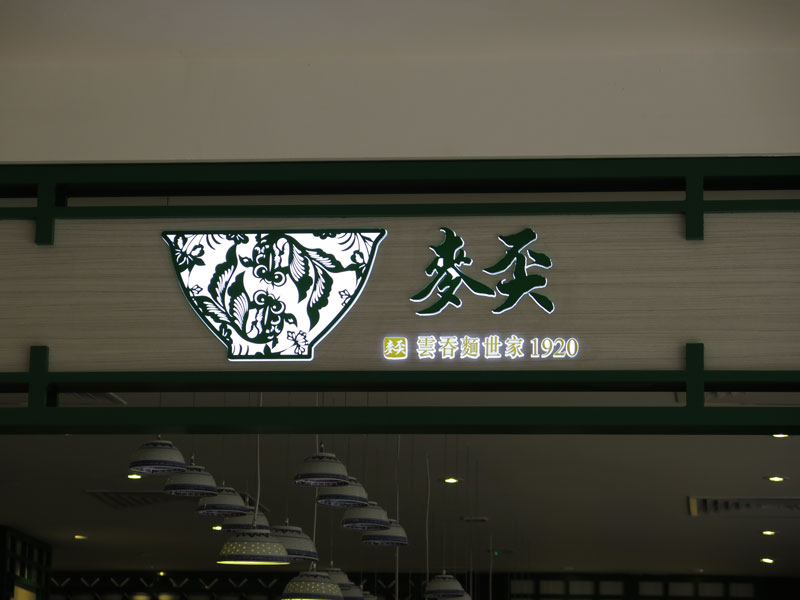 If you’ve ever been to Hong Kong, chances are that you would have heard loads about Mak’s noodles, which some have dubbed to be the city’s (or even the world’s) best wanton mee.

Fans of the much raved about Mak’s noodles in Singapore rejoiced when they got wind of the news that there were plans for an outlet to be opened right in Orchard’s The Centrepoint. Of course, after having heard much mixed reviews from fellow tasters soon after its official opening in mid 2015, we couldn’t resist the temptation to check out the store for ourselves on our own dollar (this wasn’t a media tasting).

The team visited on a weekday during lunch at 12pm, and the queue was about 40 minutes to get a seat.

Seth: I’m not a fan of visiting restaurants immediately once they opened, since they would obviously have some kinks to work out, so we only visited Mak’s noodles about a month after their launch. For those who are a little more kaypoh (nosy), the restaurant has fitted large transparent see-through glass in their open kitchen with which diners are afforded the opportunity to stare at the chefs preparing multiple bowls of noodles altogether. The interior of the restaurant was rather cramped; you can literally hear every single gossip which the aunties who are seated beside you have – A little reminiscent of the tight spaces found in the densely-populated Hong Kong cha chaan tengs 茶餐廳.

I was rather fascinated by the way which the restaurant had incorporated their bowls into ceiling light fixtures as a nice touch, other than that it was a pretty casual layout with the brand’s lime green colored chairs and linings all around.

Let’s get down to the orders shall we. 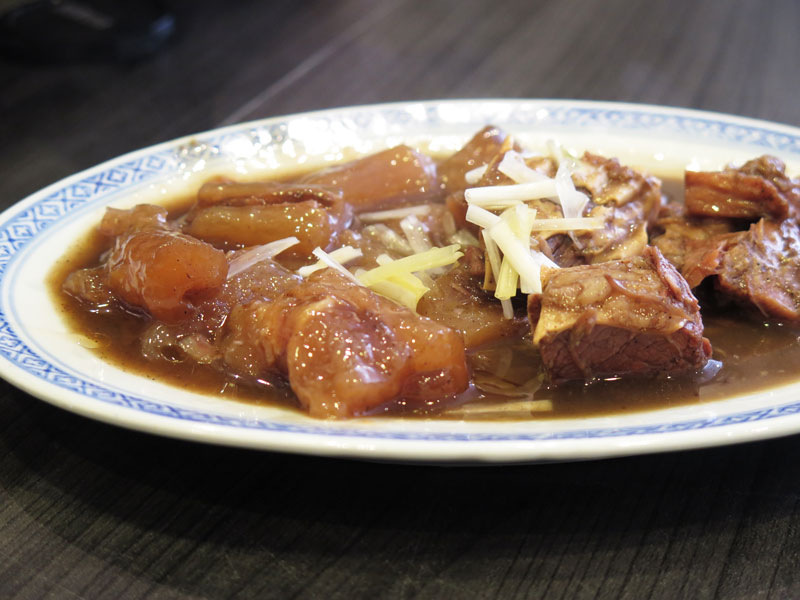 Beef Brisket and Beef Tendon ($16.50). For starters, we ordered the beef brisket which was full-bodied in flavor, yes, but it was so tough I felt like I was chewing on leather. No-go. On first bite, I thought that the beef tendon would be a little better but the moment it was stuck in my teeth I knew I wasn’t a fan of this dish.

Seth: For some reason, Mak’s beef tendons have a very glue-like texture, being mushier but still sticky, unlike our local version of tendon which is just soft and melts in your mouth. Wanton Noodle Soup ($6.90). The famous signature dish at Mak’s Noodles. With high hopes for the dish that Mak’s is known for, it fell short of expectations. The wanton skin was a tad thick and doughy; it was unevenly distributed around the prawn filling and it left a slightly bitter taste in the mouth.

Seth: We’ve found out that in Hong Kong, chefs add lye water (gan shui 鹼水) as part of their ingredient to the noodles/flour in order to make it springy with that QQ texture. The lye water in turn has a alkaline/ bitter taste which is what’s being experienced in the noodles soup.

Furthermore, the prawns contained within the wanton were not that crisp, and one might suspect that they aren’t exactly the freshest you can find. The noodles were cooked to a firm and springy texture, which was the only thing I liked about it. Other than that, the alkaline ‘kee’ aftertaste was a bit too overbearing.

It’s also a really small bowl (supposed to be a ‘snack’, and to maintain quality), so do take note to order either 2 bowls or more appetizers because 1 bowl of noodles alone won’t be enough for a meal. 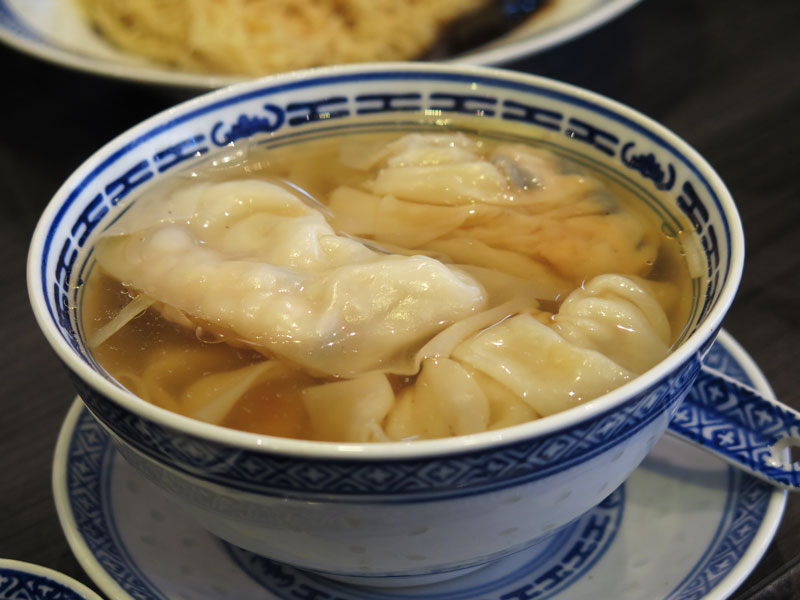 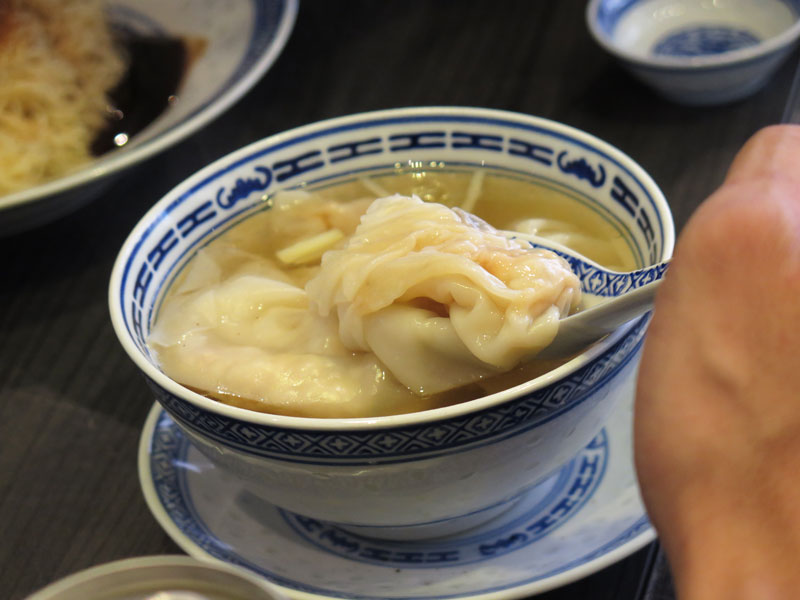 Dumpling Soup ($8.50). I found that this soup was rather decent – the distribution of the dumpling skin around the meat filling was even and it did not leave a heavy bitter after-taste in the mouth. While it was satisfactory to my taste buds, I don’t think my wallet would have agreed with its price point at $8.50 for 5 dumplings. 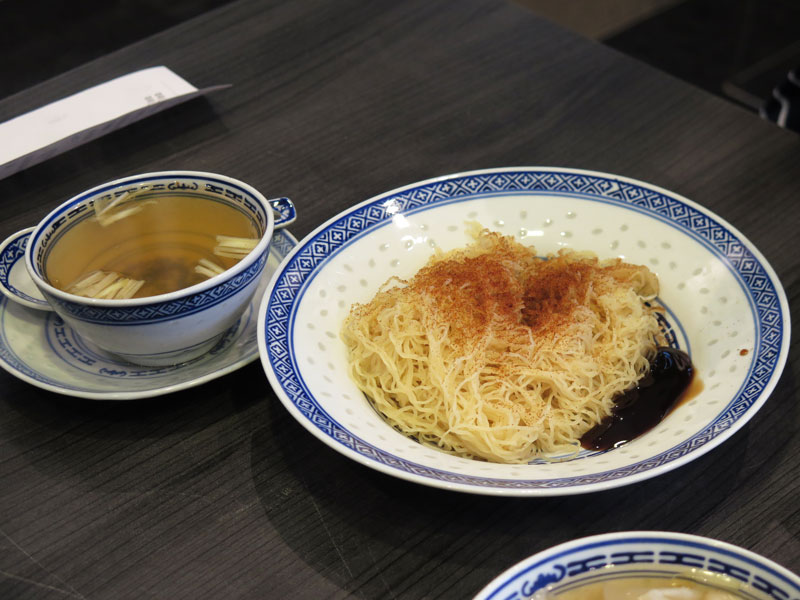 Tossed Noodle with Shrimp Roe And Oyster Sauce ($8.30). We thought to try out a dry noodle dish as well, which doesn’t come with any meat just so you know. 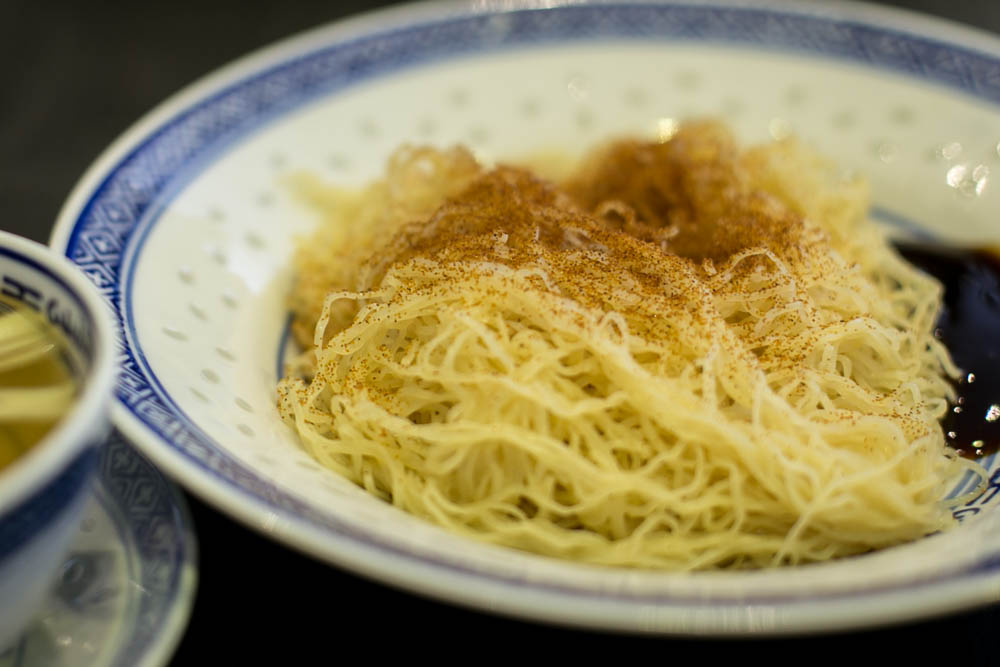 While we could easily see the generous amount of shrimp roe dusted on our plate of noodles, we found that there wasn’t much actual taste to them. Once the generic tasting oyster sauce was mixed in, the flavour is gone. They might as well not have added in the shrimp roe.

The noodles themselves were dry, clumpy and stuck together, which you’ll find a challenge to separate with just chopsticks. The noodles again had that strong alkaline aftertaste.

Seth: Maybe a chainsaw would help. My chopstick skills were ashamedly not high level enough. 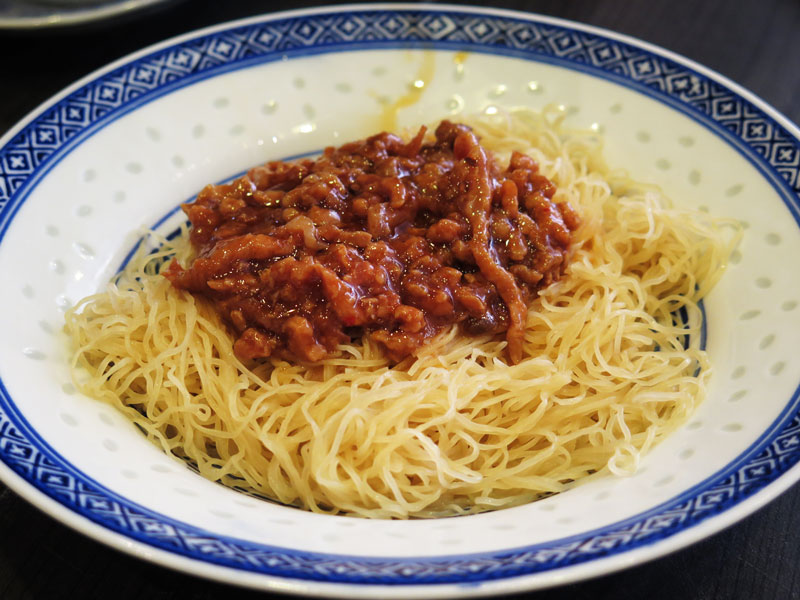 Tossed Noodle with Chutney Pork ($8.30). In a last-ditch effort at finding something decent which could justify our 40 minutes wait for our seats, we ordered this. It was probably the best dish of the day.

The chutney pork was savory and veered toward the salty side: a perfect counterbalance for the highly alkaline noodles. As a testament to how acceptable it was in comparison to the previous dishes, we actually saw the base of the plate.

Adding another dish after your main order at Mak’s seems to be quite a herculean feat as well, with servers mostly ignoring you and from what I can observe, only 1 or 2 dedicated staff who can actually key in new orders.

Seth: It took another 10 minutes just to place my additional order.

Overall, I don’t think Mak’s noodles in Singapore lives up to its hype – its dishes were disheartening and overpriced just banging on its branding in Hong Kong. If you ever find yourself needing to queue for a seat in the restaurant, you might want to reconsider- It’s simply not worth the long wait. There’s multiple stalls of Singapore-style wanton mee that fare better.