Spread over 2 floors, it is home to 38 stalls built in an open plan layout with better amenities as well as simplified access for the elderly and disabled. Many of the stalls are refugees from the recently-shut Tanglin Halt Food Centre, which itself became home to many stalls from the original Margaret Drive Hawker Centre in 2011. We decided to check out this foodie haven of the West and here are the 10 stalls we think are worth the trip there.

(Note that Margaret Drive Hawker Centre is not at maximum stall occupancy yet and many stalls shut or run out of food after lunch time). Located in one corner of the first floor, Tong Kee Chicken Rice is tied for the longest queue at this hawker centre. It proudly proclaims its origins at the old Margaret Drive Food Centre and when you taste the food, it’s obvious why the brand has sustained itself, passed down from father to son. The plates of Roast Chicken Rice (S$4/S$5/S$6) are priced right for the serving size. You will notice that the chicken meat is firmer than what you get at other chicken rice specialists. That’s not a complaint— I liked the refreshing change from the usual as the meat was still wonderfully dense with flavour.

Oh boy, the meals here come with a spicy kick, though. Even the soup has a beautiful peppery heat that marks the path it takes when you swallow. The service is slightly on the terse side, though, but I put it down to how busy they are. 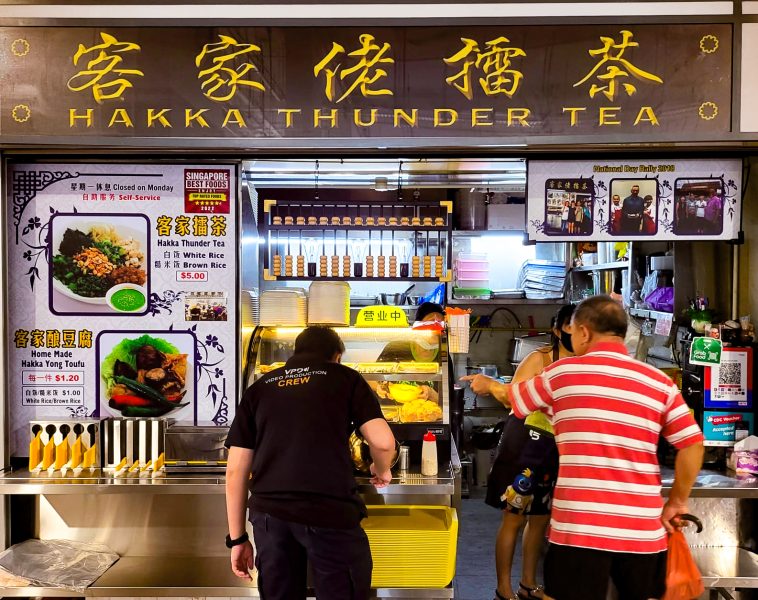 It’s hard to just walk past after you read a name like this, even if a stall hasn’t been featured in the media dozens of times. Hakka Thunder Tea Rice has, of course, and much of the coverage focuses on their health-centric menu, ingredients and food preparation.

When you reach the head of the snaking queue, the signature Hakka Thunder Tea (S$5) is a no-brainer. There is the option of brown rice with every dish at no extra cost. The Home Made Hakka Young Toufu (S$1.20) is my pick of the sides but you can make it a light main by topping up White Rice/Brown Rice (S$1).

Oh yes, you’ll want to remember that you can beat the queue by making your order by phone. Yu Mi Xiang is probably the most understated stall in all of Margaret Drive Food Centre. They do not have a brand name to use as a launchpad nor has the stall received any media coverage, so it’s down to just hard work and good food. And that, they have plenty of. One of the most famous names at this hawker centre, Queenstown Lontong first started serving its eponymous fare in the 1960s. It rivals Tong Kee Chicken Rice for the longest queue but the difference is that Queenstown Lontong usually runs out of their Lontong (S$4) before closing time.

With your Lontong comes a delicious sambal made in-house and the dish is topped with fried grated coconut for an infusion of crunchy but subtle sweetness.

Lontong gets all the plaudits but Mee Rebus (S$4), Mee Soto (S$4), Nasi Lemak (S$4) and Soto Ayam (S$4) are also on the menu here. On the day we were there, the lady manning the stall said she also prepares special Laksa on certain days but there’s no schedule— just turn up and try your luck! On the upper floor and in an ulu corner, 28 (which is actually in stall number 29) does not get the foot traffic I think it deserves. The auntie who runs it is surprisingly sprightly and will pop out with a welcoming “Hello!” the moment she sees a prospective customer. I love stalls run by smiley aunties! The Rojak (S$4/S$5/S$6/S$7) is the main draw but I opted instead for the Popiah (2 for S$4) because it looked nice when the person in front of me was getting theirs. Filled to the brim with beansprouts, egg and bamboo shoot, each roll is especially delicious for the hints of coriander and fried garlic. Lovely! I’m not really sure about ‘No.1’ but the food at No.1 Western Food is just what you need if you want to stick to a fork and a spoon at Margret Drive Food Centre! There are some very economical options, including the Sausage & Egg (S$3.50) and Chicken Wing Rice (S$4).

Their chops are pretty substantial, too— you can choose between Chicken Chop (S$7), Pork Chop (S$7) and Lamb Chop (S$8) as well as Beef Steak (S$8) and Chicken Cutlet (S$7). There usually isn’t a long queue here but I think that’s mainly because of the out-of-the-way location on the second floor. I’m usually averse to adding a dessert stall to a list but when I was wrapping up for the day with my Ice Kacang (S$1.50) with Durian topping (S$1) and the durian really blew me away. I even asked the auntie to top-up my topping. On an unrelated note, there is a display of a miniature version of the stall on one with an insane level of detail. I’ve had the best week showing friends close-ups and then zooming out to reveal it’s just a model. Haha! 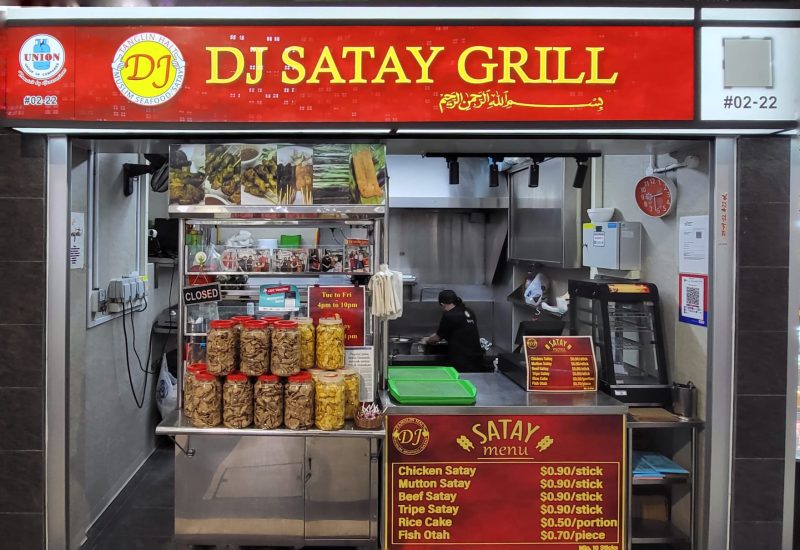 Satay is one of my favourite dishes but I usually prefer having it in the open air and preferably with a view of the ocean. I suppose if my satay cravings hit in the middle of a residential estate, DJ Satay Grill will more than suffice. 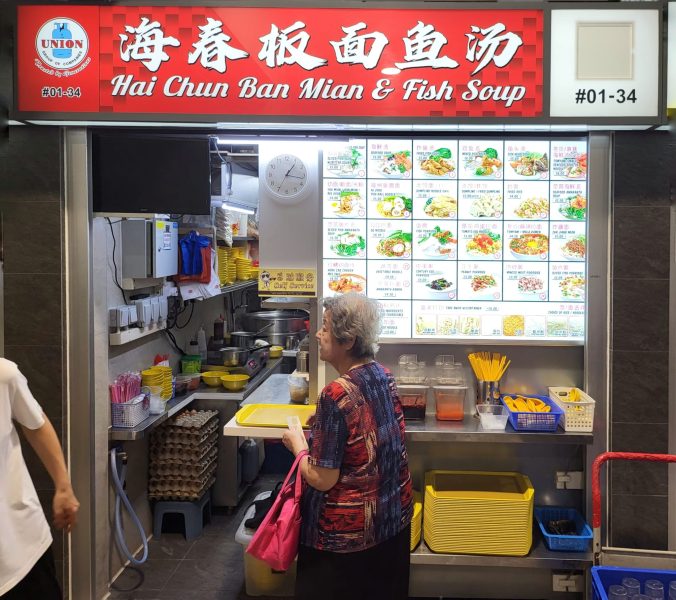 Hai Chun Ban Mian & Fish Soup features no less than 25 different dishes on its menu, making it one of the stalls with the widest ‘proper’ food repertoires at this hawker centre. I had not originally planned to visit it but because I had heard their fare described as bland by some and excellent by others, curiosity got the better of me.

My recommendations are the Sliced Fish Soup with Bitter Gourd (S$5) if you’re looking for a tasty and comforting bowl, or the Ban Mian (S$4) which is their signature dish. If you’re in the mood for something spicy, the Tomyam/Mala Ramen (S$4.50) will make your day. My pick for the budget-conscious is the Fried Rice (S$4) even though they have Century Egg Porridge (S$3) just because I don’t like century egg.

Daily: 12pm until sold out Birds of a feather flock together, so right next to Hai Chun Ban Mian & Fish Soup is Xin’s TzeChar that boasts a mega 35-dish menu.

The friendly couple who run the stall were eager to help me choose what I might enjoy most. Look at the menu display closely and there is a picture of the gentleman working the wok winning an award at the 2019 World Master Chefs Competition for Cantonese Cuisine in Macau.

Woks of Taste: Woks of Hype for char kway teow worth it?